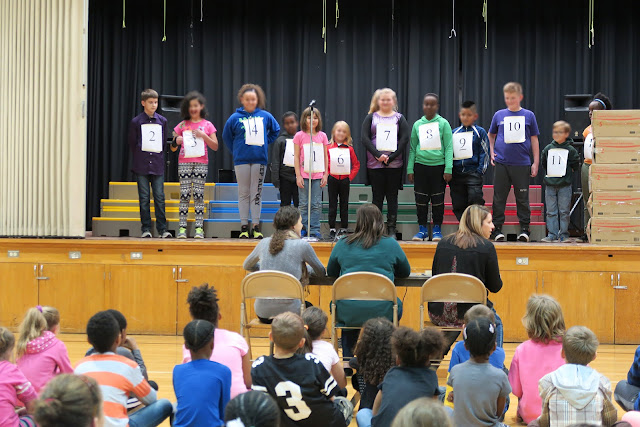 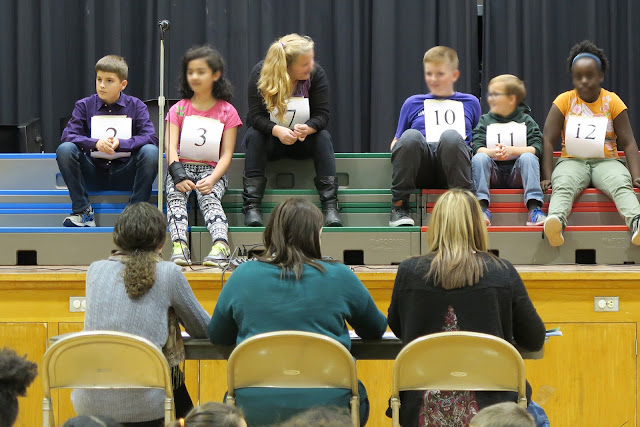 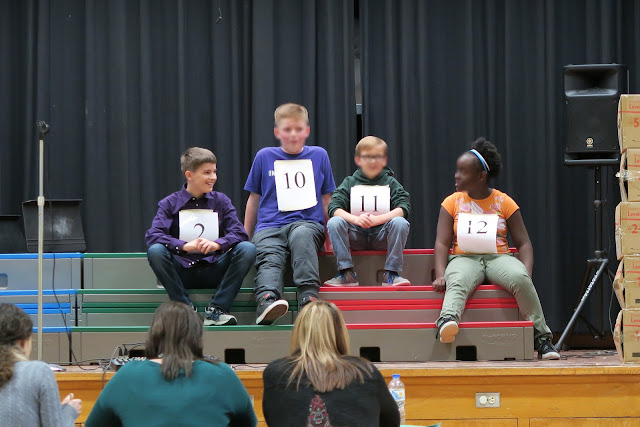 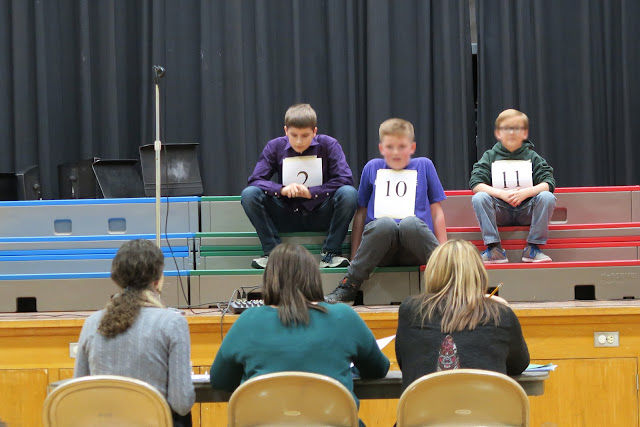 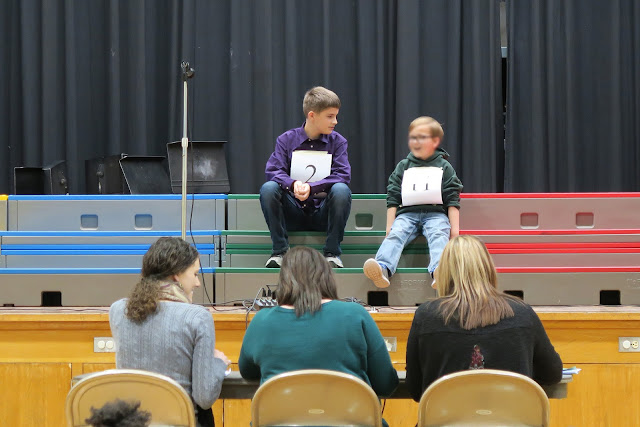 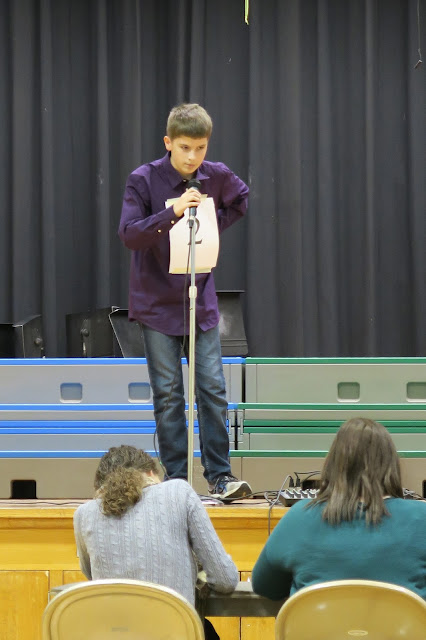 Last night I went to my first dance recital. It's a fact that I've never been to one in my life.

I have 2 sisters, and none of us were in dance. Most of us had boys, with the exception of one niece and they weren't in dance. I thought at one point in time that I'd put Mica in dance, but never did. I think we chose jujitsu instead. Time wise and financially kids just can't do it all.

When things come up for special needs kids, my sister signs my nephew Emerson up. Some things have been great for him, while others were flops.

Water Therapy for example was horrible on many days. Later my sister found out from a speaker at a Trisomy Convention that warm water in particular is horrible for kids with Trisomy 18. The speaker has partial Trisomy 18, and he felt like warm water was shocking him. Emerson now had cold baths, and does alright with that.

Fusion Dance Studio that took in kids with special needs to have some dance classes. Volunteers helped the kids. So many of them love to dance!

I was undecided if I'd be able to go. The studio was pretty far from my house, I have a mountain of things to do, and Isaak had a birthday party he was at that got over when Emerson's recital started.

My sister couldn't decide if Emerson was well enough to dance. Then my aunt mentioned that if he wasn't well enough he could just go in his wheelchair. He didn't end up going in his chair.

Time rolled around, and I was done with one of my main tasks. I hurried over to see my nephew dance.

He didn't look like his happy little self. He was more the stare off into space Emerson. I know he hasn't been sleeping well, he's having seizures, so he's on a new medicine for that, he's still cutting his molars, and there may be more wrong with him that we're unaware of at this point.

When the music started Emerson did seem to want to dance though. He loves to bob up and down. The other kids really got into their routine, so it was fun to watch. 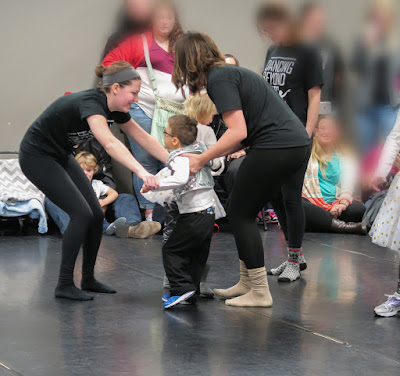 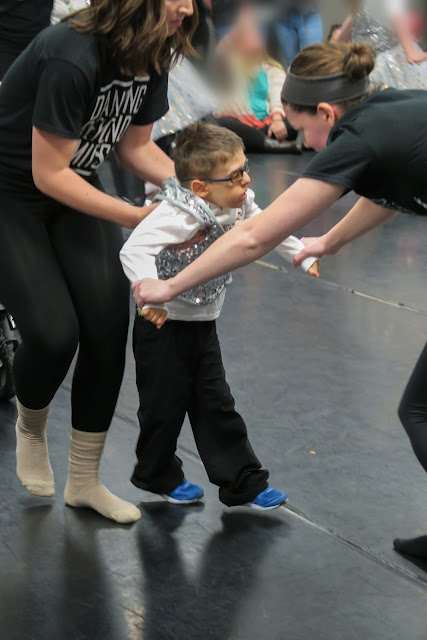 I kind of forgot that Emerson didn't have his hearing aid on. He probably couldn't hear the music, nor could he hear anyone say, "Emerson smile!" or "Emerson look." If his hearing aid falls off it makes a dial up internet sound.

He looked super sharp in his sequin vest! 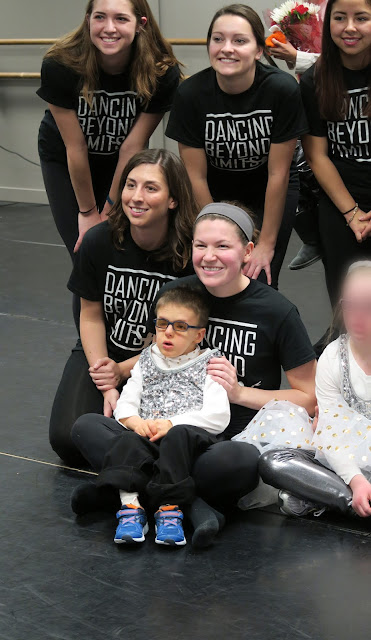 Here's a photo with my sister and him afterwards: 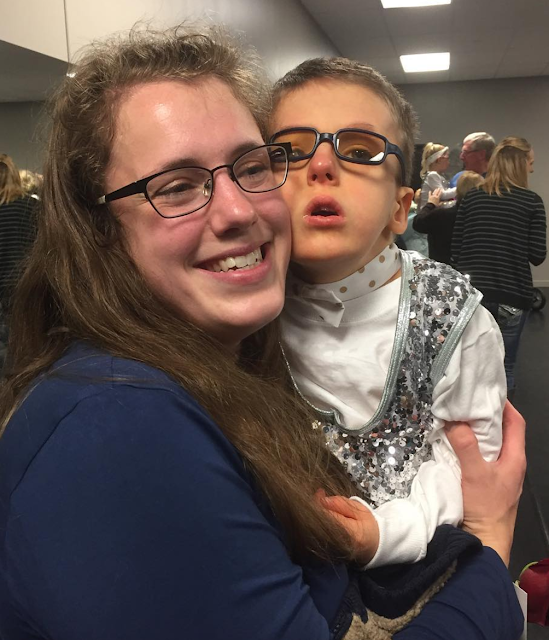 You can tell that she was super proud to be his mom. I was a pretty proud aunt.

Do you have anyone in your family that likes to dance?
Posted by An Apel a Day at 10:24 AM 8 comments:

I'm super glad to get another box from Great Kids Snack Box to review. My kids love their snacks. What's great is that if there is one thing that they don't like there's more things that they can try. They send out monthly boxes that are loaded with individually wrapped snacks. 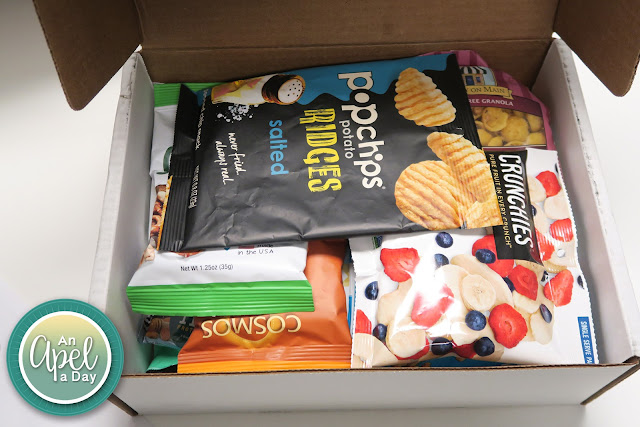 I hear all the time, "I'm hungry!" I love how protein bars help satisfy my kid's hunger. Mica seems to enjoy protein bars more than Isaak, but there's other things in the box that I can eat.

The boys went for Justin's Peanut Butter Cups right away. Thankfully there were 2 inside the wrapper. 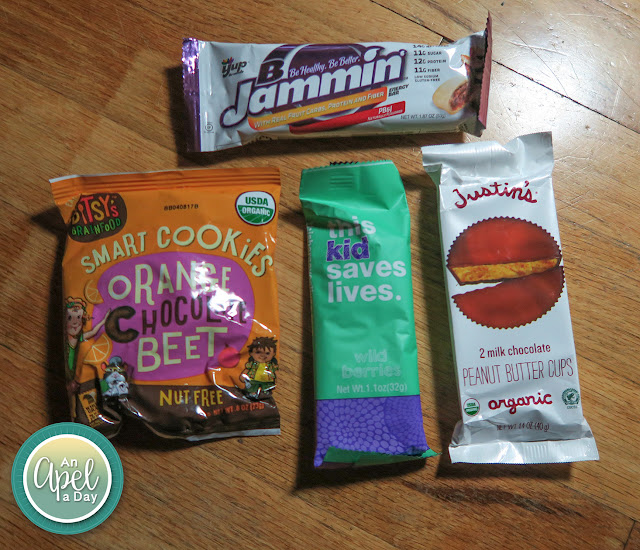 They have all kinds of after school snacks tucked into one box. 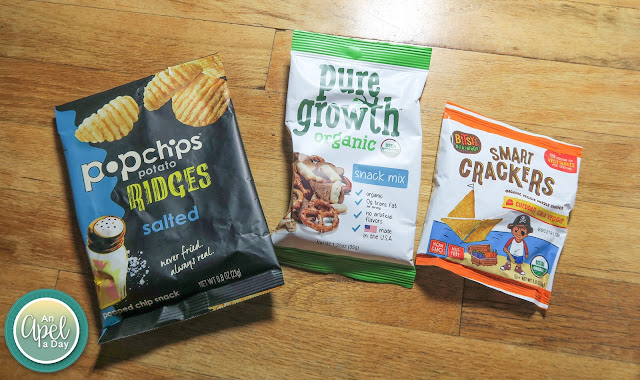 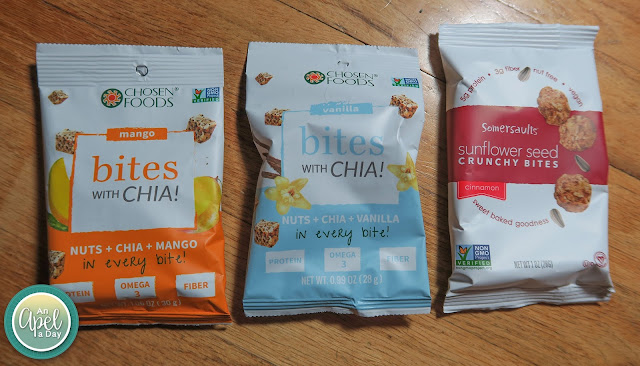 The boys thing they are too old for applesauce type foods in pouches. I pour them out into a small bowl, and mixed them up with homemade applesauce. They went for them right away then. 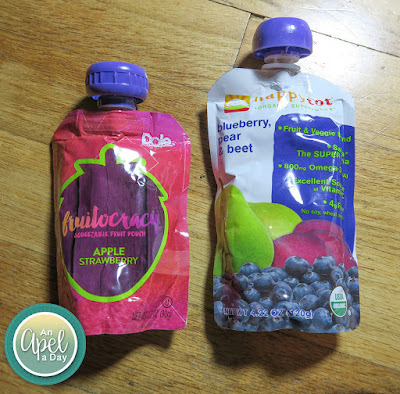 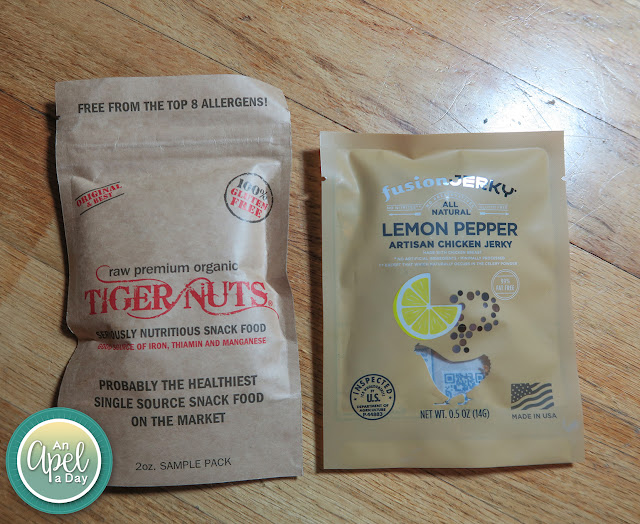 I love nuts and the lemon flavor is one of my favorites.

Dried Fruit is something we have every morning just about with breakfast. I divided the Fruit Crips up for all of us to split. 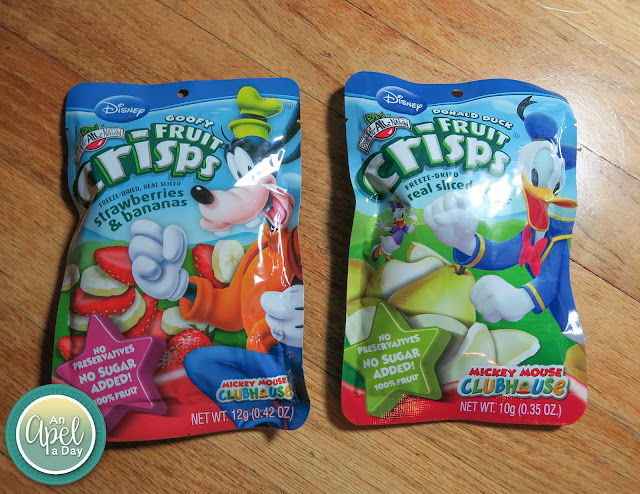 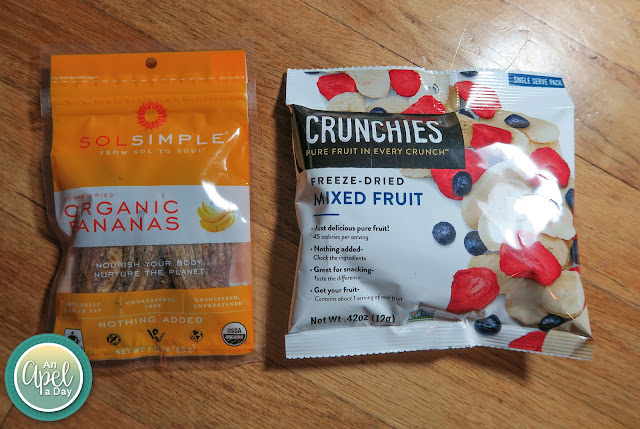 I really love oatmeal, but I haven't tried this yet. The Coconut Almond flavor sounds wonderful. It's handy that it's in it's own container, which makes it easy to take on the go. 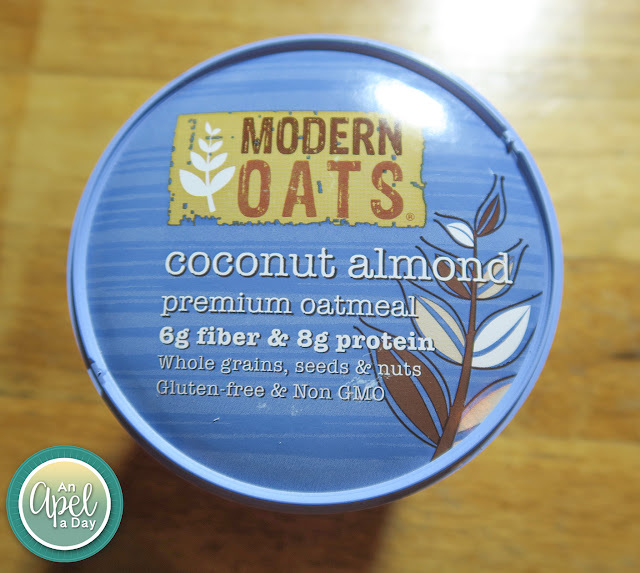 Isaak had this PowerIce after his basketball game.

What do we love about Great Kids Snack Box:

What I wish Great Kids Snack Box had:

Disclaimer: I received this product to help with this review. I was not influenced in any way when writing this review.