When I saw the t-shirt that said, "just one more chapter" I knew I had to get it for Mica. He's a bookworm for sure! 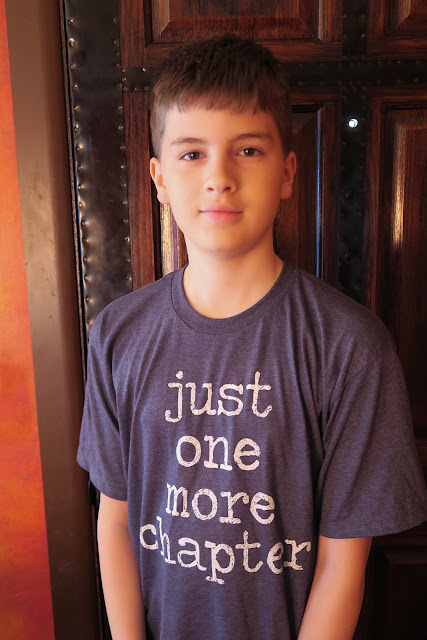 He's rereading 3 books for Read to Succeed at school. His team members will also read 3 books each. Together they will go later this month to answer questions about what they've read. They already won the first match! Go team go!

At home Mica's into reading about ghosts, aliens, and space ships right now.

What are your favorite topics to read about?
Posted by An Apel a Day at 12:55 PM 4 comments: 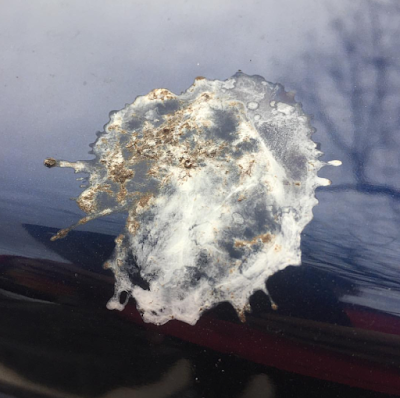 How Did the World Begin?

The other day we were talking about how the world began during breakfast.

For some reason this is our big talking time. I'm usually the one that says, "Come on...just eat.", or "Hurry up...stop talking." Travis is like, "Why are you trying to hurry us up?" I'm like, "Because I have to go to work!" He's like, "That has nothing to do with us." I'm like, "Ya it does. When you guys talk about all kinds of stuff it makes me move slower. Usually I try and take care of dishes before I go. I can't if you're still eating." He's like, "Take care of you." Sigh! The dishes sit on the counter waiting for me when I get home from work.

Things will have to change for Mr. Mica. He has to get up earlier to take the bus for middle school next year. I already yell out, "Mica your bus is here!" when I hear it going by our house.

Our conversation the other day:

Mica, "I think maybe our skin changes color when we move to different places." Travis, "It wouldn't happen that fast, if that happens." Me, "I think what he means to say is, "Skin color changes over time. If I moved to Africa my skin wouldn't change color. It may for my great, great, great grandchildren." Travis, "That's an interesting thought." Me, "I don't think it works that way, but I agree that it's an interesting thought."

Me, "Some of us have wisdom teeth. Some of us don't. Did we need them at one point in time because we used to be more hunters and gatherers than we are now?" Travis, "We're still hunters and gatherers." Me, "I suppose so, but not as much as we were. I'm sure back in the day they needed those teeth to eat raw meat. Possibly our skin adapts to areas where there's more sun too. But that doesn't explain our features."

Isaak, "What do you mean features?" Me, "We all have characteristics that make up who we are. In general people from different areas tend to have certain features that make up who they are. Those differences are what is so interesting. It's not like all from one area look alike. Sometimes you can sort of tell where someone may possibly be from, from their long legs, flat wide nose, and so on. Those are characteristics."

Me, "If there is such a thing as creationism Adam and Eve were caucasians according to all the stories I've heard. Wouldn't God have to put other nationalities on the Earth to have them?" Travis, "I think a lot of incest would have happened." Mica, "What's incest?" Travis, "Where brothers and sisters have sex. How else would more people populate our planet?" Mica, "True, but gross."

Me, "I don't think Adam and Eve could be white if no other nationalities existed. If I mix up paint it's easier to go from dark to light, but nearly impossible to go from light to dark. That is if they were the only ones that started our population." Mica, "I can see what you mean."

This is why breakfast takes so long in our house.

How do you think the world began? Do you think one day we won't be able to tell where someone came from at all? Like in this article. 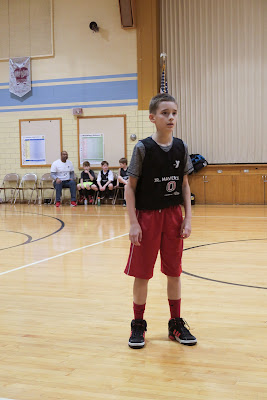 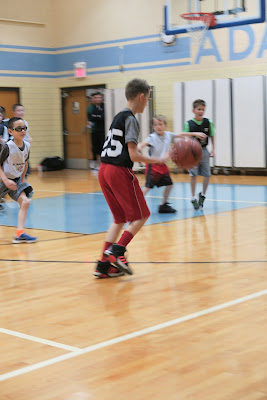 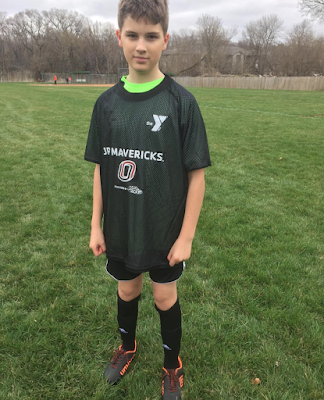 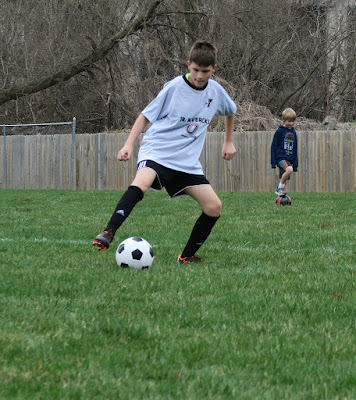 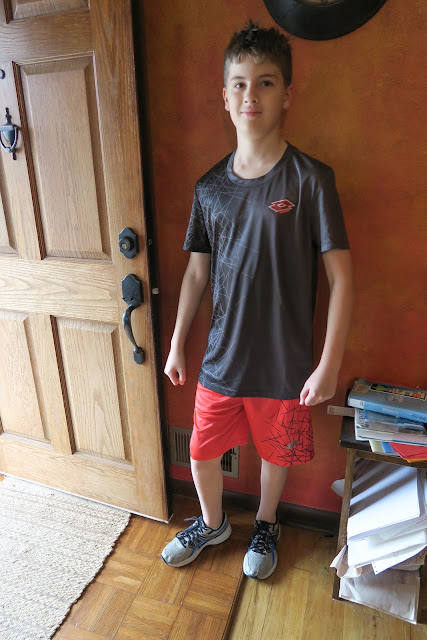 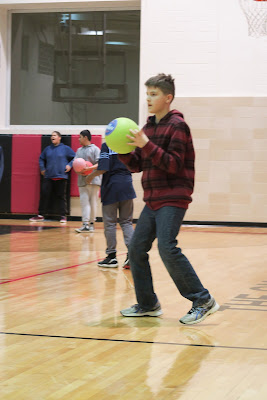 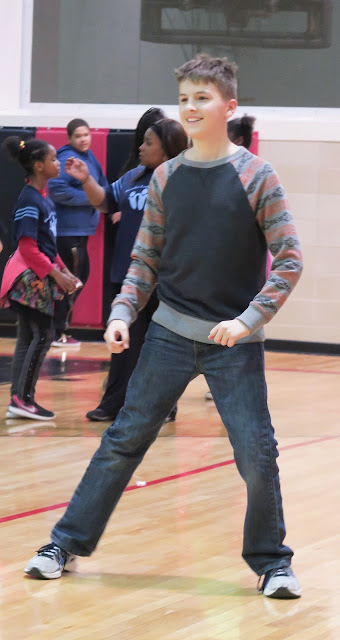 I was super excited to review and giveaway Fossil On! The Geology Game of Brains and Sheer Determination. It's a game with fossils, rocks and minerals. Your youth can explore the earth's wonderful treasures. 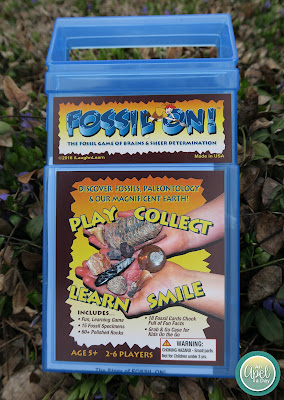 Everything fits in it. I do have to say that It takes some moving around to get everything to fit just right to get it shut and locked. I'm not sure that kids will be able to do this on their own. 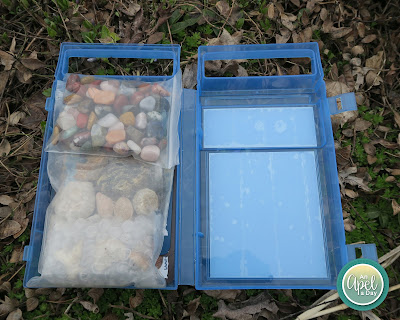 Gift-wrap is available, so this set would make a perfect gift!

What the Set Includes: 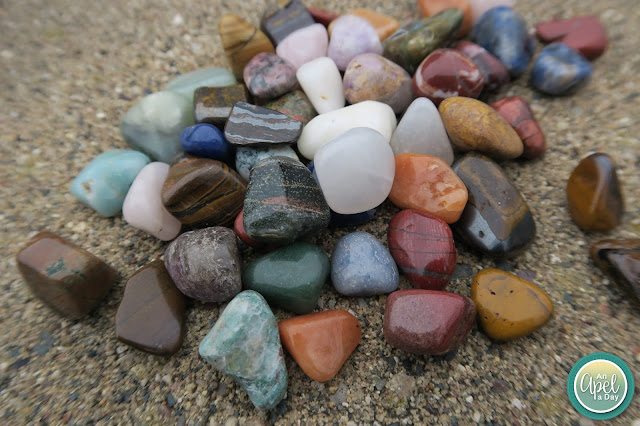 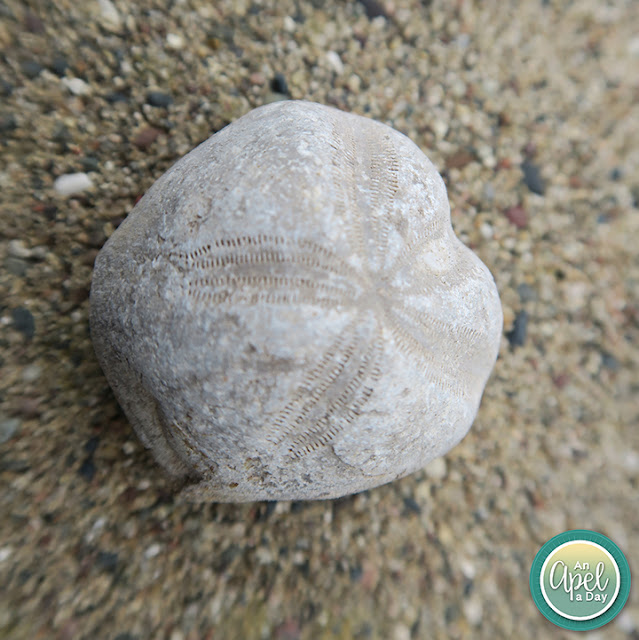 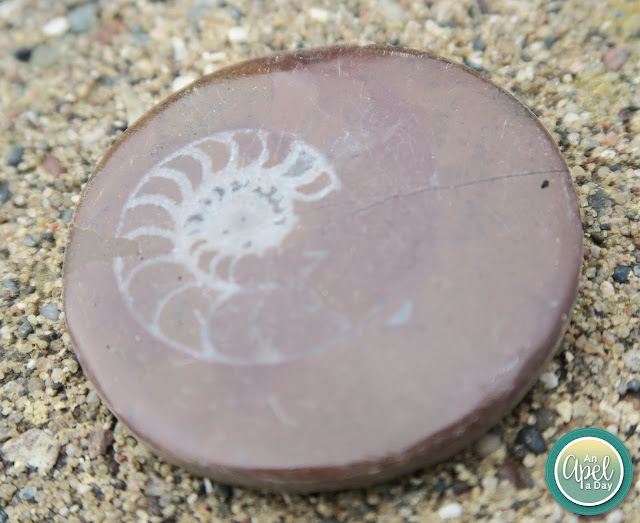 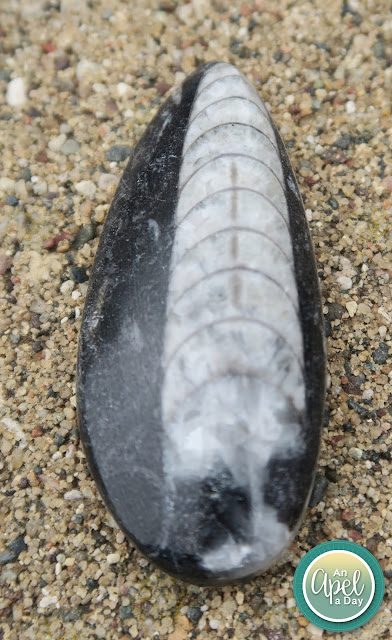 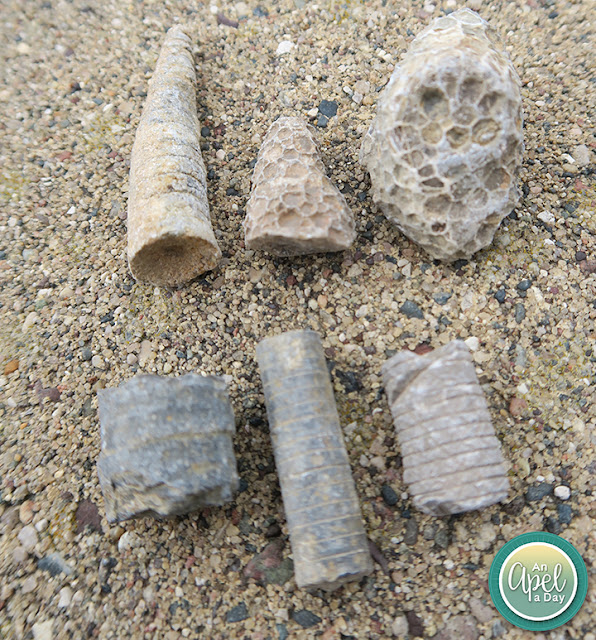 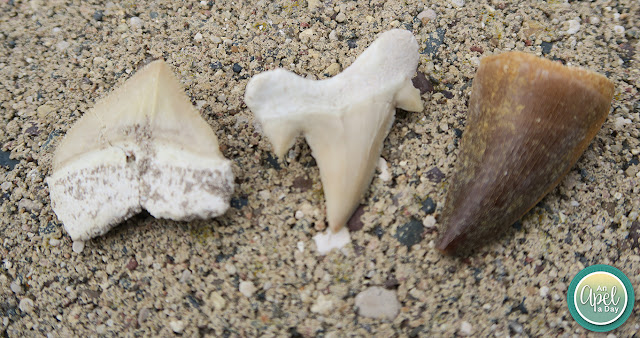 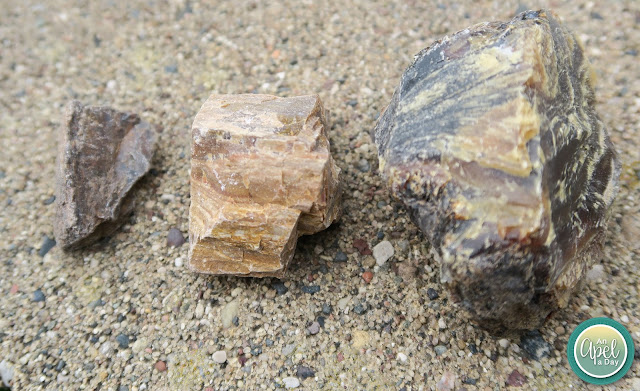 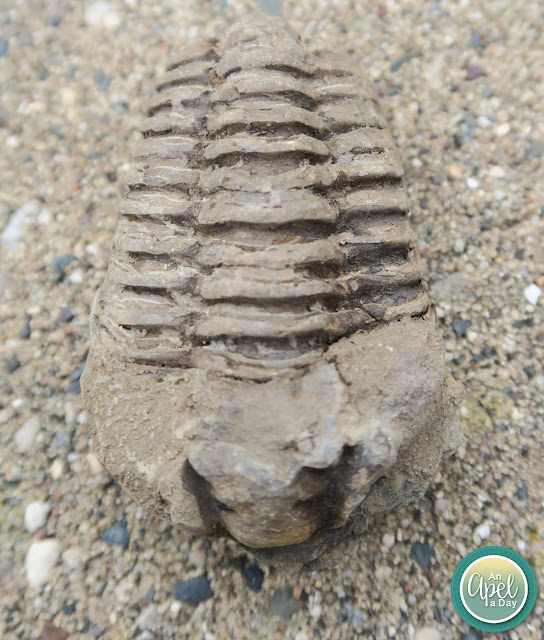 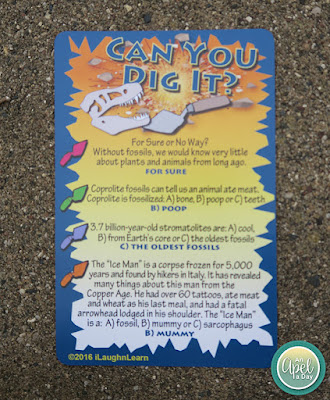 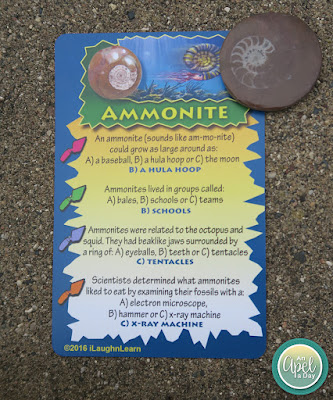 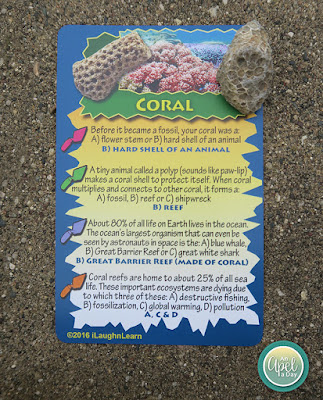 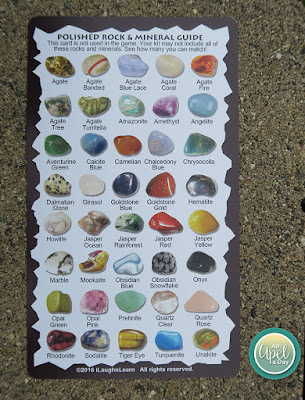 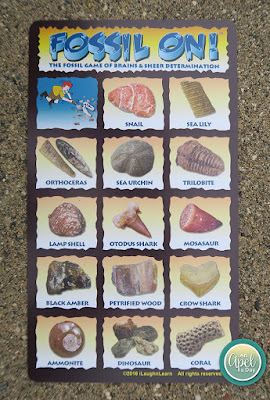 The boys love games. The game reminded me of bingo.

There are 5 levels for up to 6 players. The game is educational. It's filled with science. It would be a great game for the classroom! It's meant for elementary ages, and beyond. You just match the fossil up with what it looks like on the sheet. Whoever has a line of fossils first wins the game. 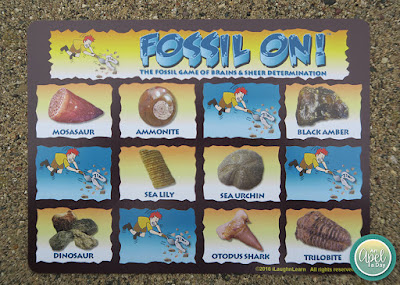 If you don't care for games, it's just cool to look through the rocks and minerals.

One of my readers is going to win Fossil On! The giveaway is open to residents of the US, 18+, and will run through 4/17/17. Winner will have 24 hours to respond to the email before a new winner is selected.

Open to the US.

Disclaimer: I received Fossil On! to assist with this review. I wrote this post, and was not influenced at all with an opinion. I only review things that I find interesting, or that would benefit my readers or family.