I just want to take a moment to say, happy Father's Day to all the Dads out there!

We're having brunch with my husband, the boy's Daddy. I just thought I'd be clear because there's my Dad, Grandpa Spiehs and Dadddy's Dad, Grandpa Apel as well. We're going to a place called Dario's Brasserie where he wanted to go for Mother's Day. They were all booked then. I made reservations to go for brunch tomorrow. 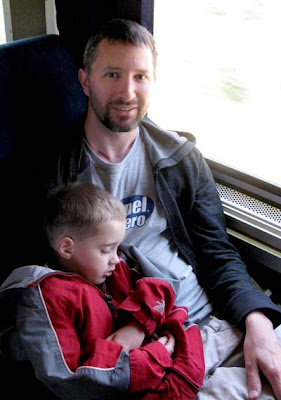 Then I'm going to go after lunch to my own Father's house, Grandpa Spiehs. I'm making a June Berry Pie for him. He loves pie! We're going to celebrate Father's Day and my Birthday later this month, after Emerson's first birthday party on the 23rd.

Daddy usually calls his Dad, Grandpa Apel because he lives hours away.

What are you doing for your husband or Dad on Father's Day?
Posted by An Apel a Day at 11:32 PM 1 comment:

I started nine weeks ago doing what I call Sing, Sing a Song Saturday.  I'm going to post one song on Saturdays that the boys or I like. I'll see how long I can keep it up.

This week my sister Terra inspired me for this post. She said that her boys, my nephews are addicted to the ballad of Davy Crockett (In Outer Space) by: They Might Be Giants. She was trying to let them know that, that song was not the original. It annoyed her that they redid the song. She had them watch the Disney version of Davy Crockett to see what Davy Crockett was like.

Does it annoy you when a song is redone? I actually don't mind when it's redone and it sounds totally different. I just don't like it when people rip off a song to sound practically the same as the old one. In my head I'm thinking, "What's the point?" Songs are redone all the time. So are other forms of art. It's one thing to be inspired and another to out right copy.


Here's the original version of the Ballad of Davy Crockett:

At the Museum of Science and Industry in Chicago we saw Tornado Alley in their Omnimax theater. We couldn't take any photos. I did however take a photo of a faux tornado they have in the museum. 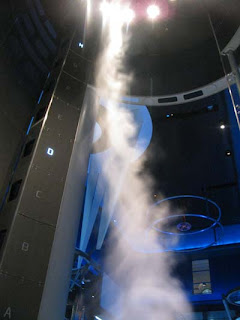 Mica (age 6) was in awww over the movie! He plays being a tornado with his friends. Whomever is the tornado is the, "Bad Guy". The "Bad Guy" spins around in circles and moves towards the other children. The others have to run into their shelter, which is under their wooden play area.

In the movie they kept talking about trying to find tornado alley. Isaak (age 4) kept leaning into me and asking, "Where's Ally Mommy?" I had to laugh. Trying to explain that one to a 4 year old isn't so easy. Especially considering that we had to be quiet!

Then in the movie they talked about the "Eye of the storm." Isaak again leaned into me with his little voice and said, "Mommy where's the storm's nose and mouth?"

I'm going to be so sad when my boys stop saying funny things to amuse me. It's really funny when they are so serious and don't realize they are being so funny!

There's a First Time For Everything

The biggest city the boys have gone to is Kansas City.

There were a a lot of firsts in Chicago!

First Train Ride. They were so excited and sleepy! We had to wake them up at 3 AM to go to the train station, which they knew nothing about.


This is one view from the train: 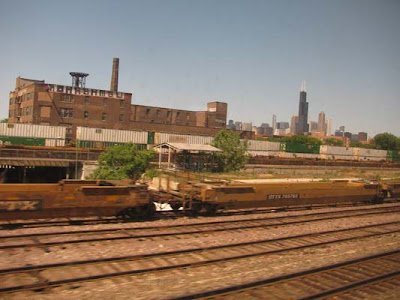 Everything went really smooth on the train ride for us!
This is the look out train: 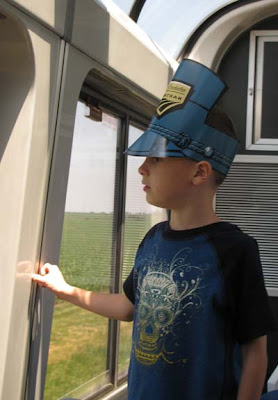 This picture cracks me up! It's what Daddy looks like when he's not pleased with the kid's behavior. They were good most of the time. This time they were trying to kick at each other for fun. I was laughing at Daddy's expression: 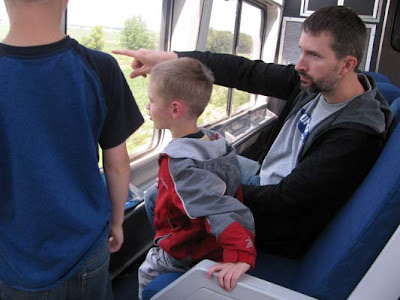 Daddy doesn't always have the look above! Here's Isaak sound asleep on him: 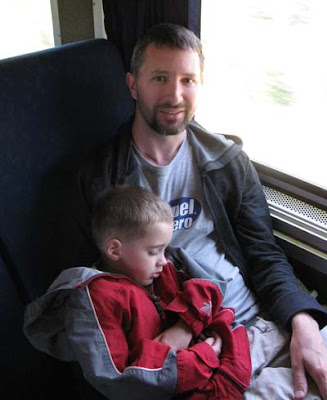 This is actually at the Science City Museum; we took the Amtrak to and from Chicago: 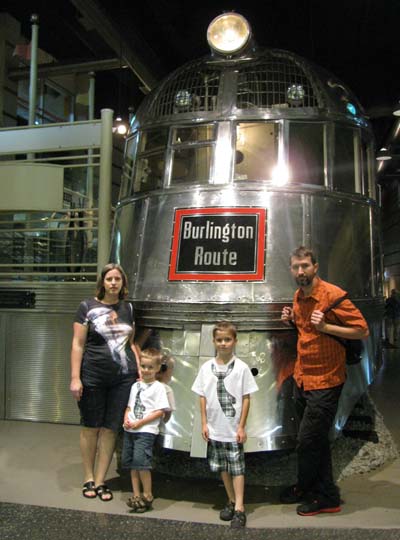 First time on a Subway. Known as the L there.

I loved taking the subway when I lived in Atlanta. I hate that they don't have one where I live now. It's just so handy!

Here's how we viewed the subway: 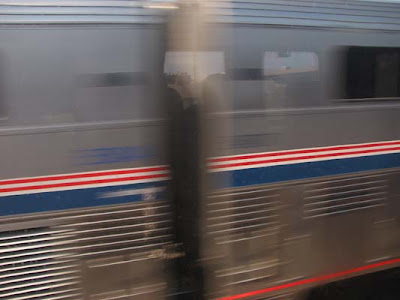 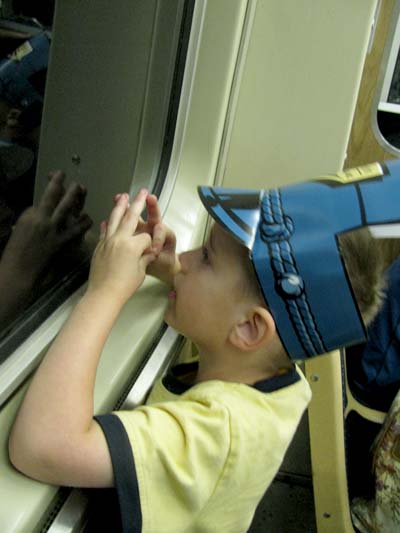 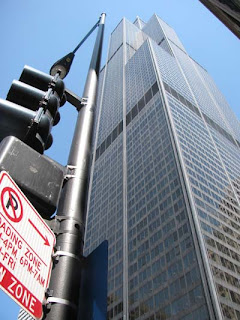 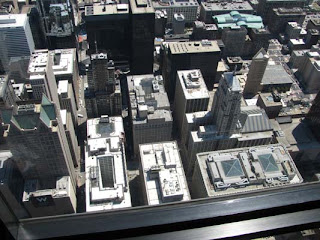 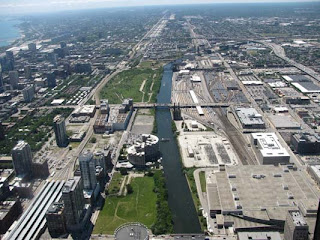 This is how Mica was. We kept saying, "Back up!" 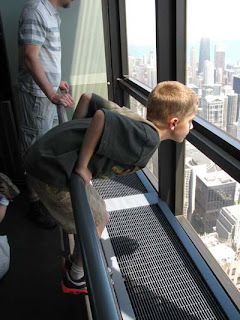 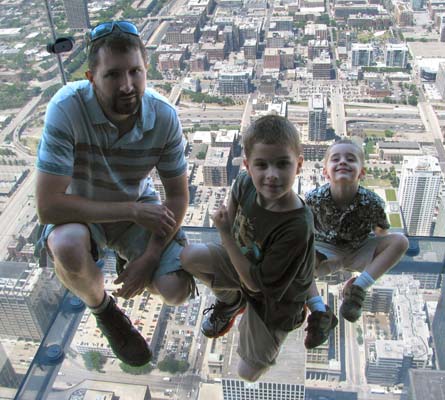 First time in a water taxi.

They have historical water rides. They were more expensive. We figured the boys would like any time out in the water. They could care less about the history; being the ages that they are. 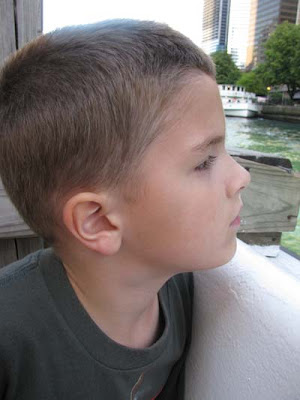 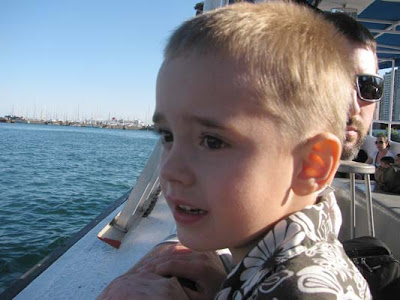 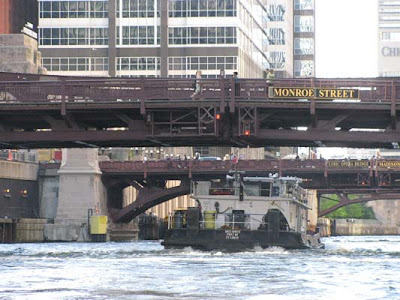 Mica was focused on what was outside the window. 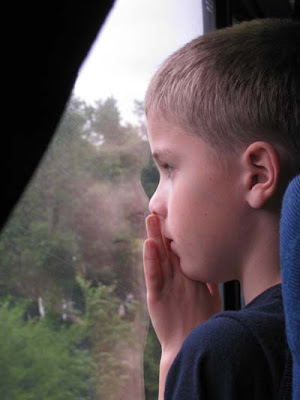 Isaak always colors with all the colors. 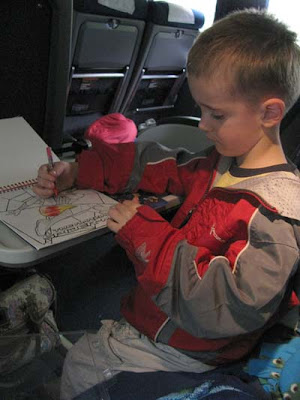 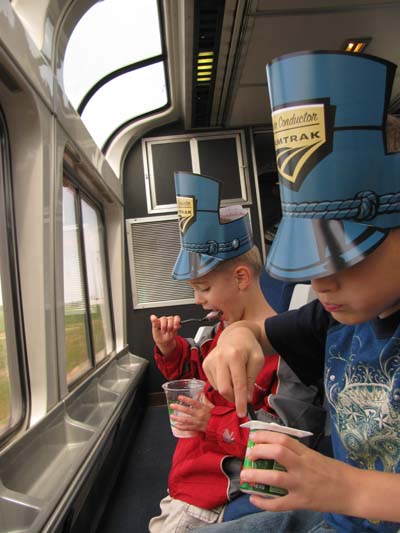 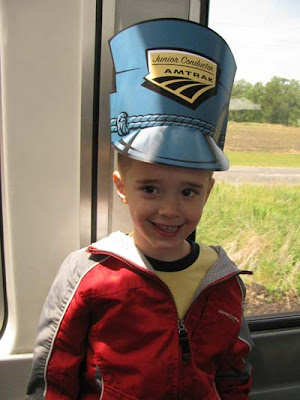 Of course Mica loved his hat as well! 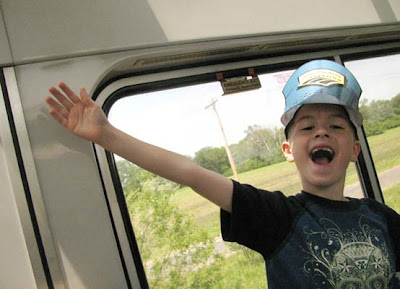 Daddy secretly planned, I secretly packed. The boys did not know we had a week vacation planned to go to Chicago.

We were lucky to spend most of our nights at our friend Sam's house. He was Daddy's best man in our wedding.

We took a 9 hour train ride there, walked around Chicago, took the subway, took buses and a water taxi. There were many firsts for the boys. We went to a museum every day.

I have many, many pictures that may take awhile to post. I'll try and post most of them.

At 3 AM we woke the boys up to go to the Amtrak Train Station. 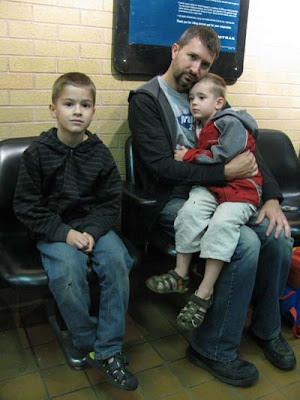 They didn't know what to think. In fact they were so tired, they didn't ask too many questions about where we were going.

Mica was the first to figure out our adventure when he read the word, "Train". 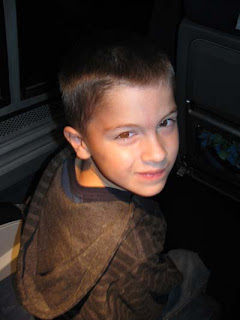 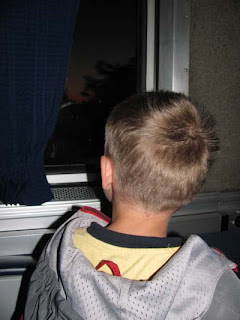