A blogger named Mandy on the blog: With Love nominated me with one of those awards that travels around from blogger to blogger. It's been awhile, since I've participated in anything like this. I get nominated for things on facebook, and I have to be honest - I usually ignore them. I really only ignore them because I don't feel like anyone else wants to read it. But you want to read it, right? :) 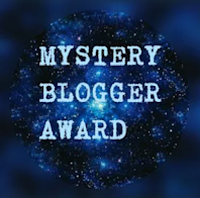 Another reason why I usually don't post awards like this is because I'm not usually a rule person. That's kind of the reason I stopped doing a Sing Song Saturday Post. I kept getting nailed for not following rules, when I was invited to play along. Sorry, not sorry on that one. I am honored, and I will be a rule person this time around.

Rule 1: Put the award logo/image on your blog. Did it!

Rule 3: Thank whoever nominated you and provide a link to their blog. Thank you Mandy.

Rule 4: Mention the creator, Okoto Enigma, of the award and provide a link as well.  Did it!

Rule 5: Tell your readers three things about yourself:


Rule 6: You have to nominate 10 to 20 people - No you don't have to participate. These are just blogs I visit on a regular basis. If anything it just will get the word out about your blog:


Rule 7: Notify them. Kind of did that above.

Rule 8: Ask your nominee any five questions of your choice, one weird or funny questions:


Rule 9: Add a link to my best post. This is hard. I've been writing, since Isaak was born. Maybe this post: How Did the World Begin

Rule 10: Answer the questions your nominator gave you: 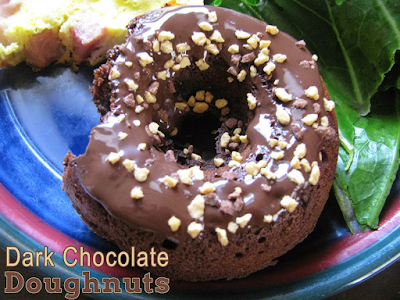 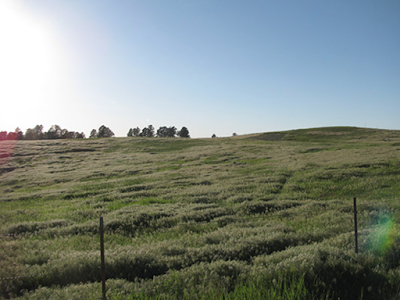 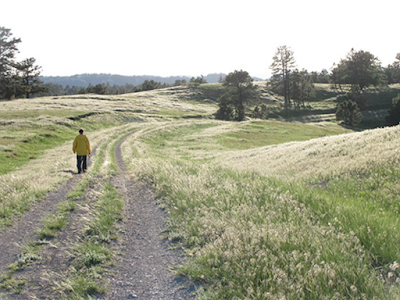 Mica is a wonderful child. He gets good grades in school, does things the third time you tell him, and smiles a lot.

He has a few set backs. He forgets things easily, makes a ton of sound effects, and sticks his elbow out a lot. 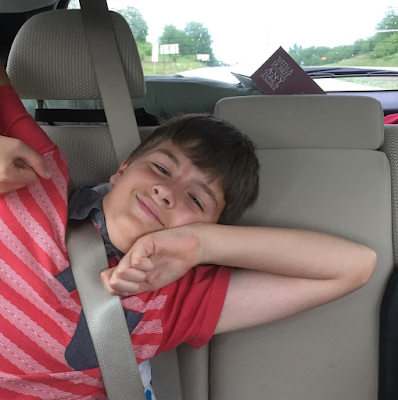 I sit next to him at the table, and Mica does this elbow stretch all the time. Jab Jab!

The boy has never been aware of his size. My Mom refers to him as a Pitbull that thinks he's a small little dog.

I remember when I was pregnant with Mica my coworker that has 7 kids said, "One thing about boys is that they don't like to cuddle like girls do." He may have been right in referring to his own kids, but not mine. 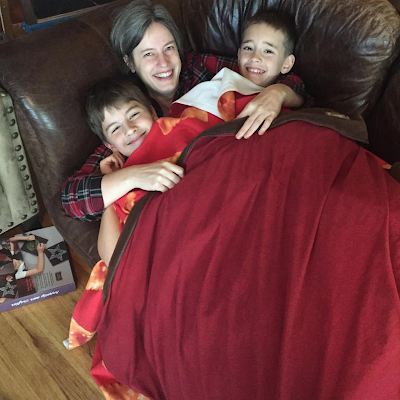 Mica's moving up in the world! I asked him if he'd like to be a Youth Volunteer at the library? He said, "Yes!" right away. It is after one of his favorite places to go. The boy loves to read.

I made him fill out his own application. We covered things like why there are 3 lines for an address (if someone has an apartment number), what his skills are and his experience. Luckily he's been on Student Council at school, in the gifted program, and goes to a camp called Banister's Leadership Academy. We had some things to work with.

He works volunteers at the library for 2 hours on Sundays. I love it because it gives him more experience, keeps him busy, lets him do something to help our community, and I get one on one time with Isaak.

Isaak and I made some String Art, while Mica was off to volunteer: 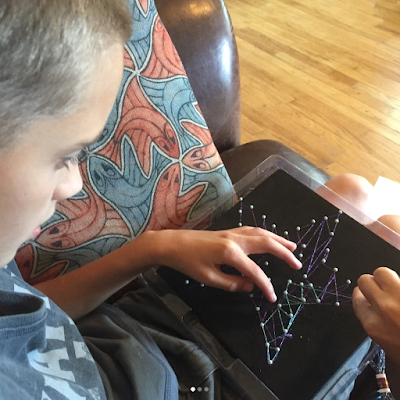 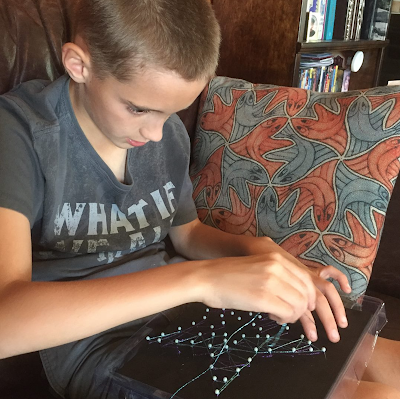 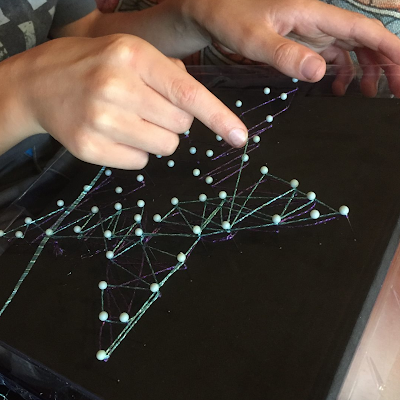 Mica was off to volunteer at the library. I think Mica was slightly nervous at first. At least that's how I read the crossed arms. 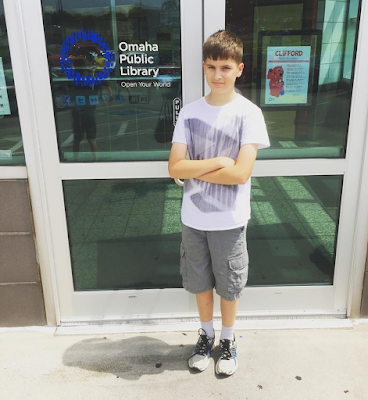 When I went to pick him up 2 hours later he was still busy volunteering away. 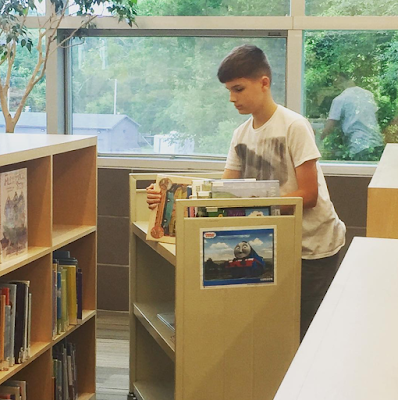 He said, "Mom I have got to tell you about this when I'm done." 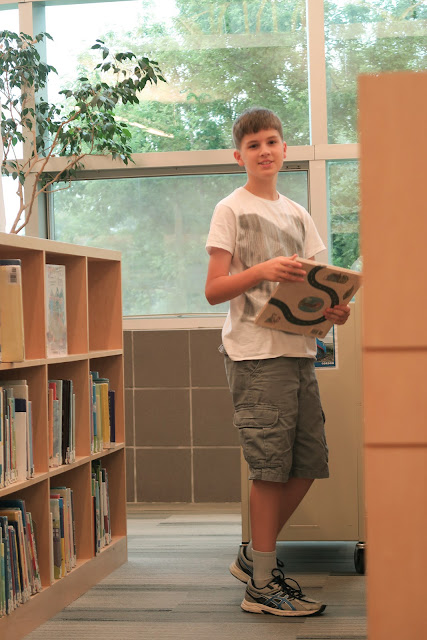 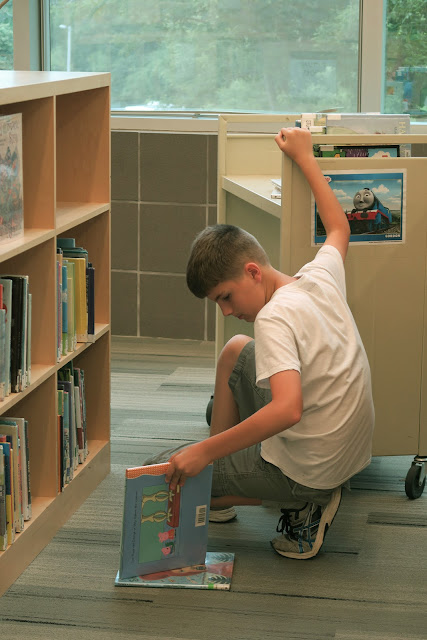 He told me that his first experience was ripping books that they couldn't sell apart to be thrown away. "Can you believe they throw books away at the library?" He said. Then he had to shelve books. He said it was easy to do, but that he didn't realize certain letters moved over to the next shelf system.

He must have enjoyed it because he asked to call my parents Grandma and Grandpa to tell them about his whole experience.

I'm so thankful that the library is letting him volunteer. When it comes time for Mica to get a job he'll actually have experience to put down on that application.

What was your first job, or volunteer experience?

Recently I got Nutra Kids Multivitamin for Isaak to review: https://www.amazon.com/dp/B01GGGUF7O 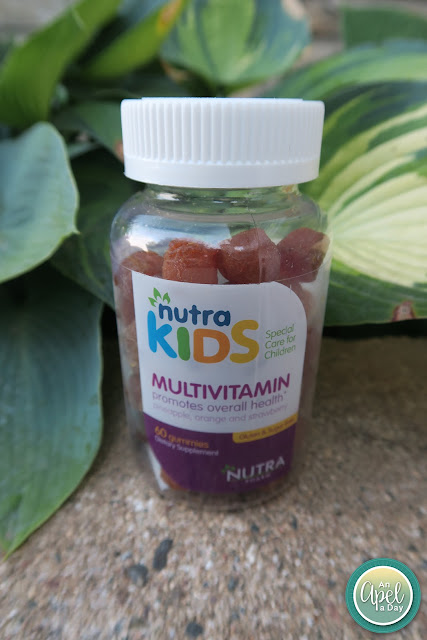 I've read a lot about if daily vitamins are necessary to take if you eat a balanced diet. I think if they are full of sugar, than they are not worth taking.

Nutra doesn't put crappy ingredients in their products. They certainly do not hurt to take.

I think it's important to have a multivitamin when kids are growing. Vitamins help boost kid's immune systems. It's especially important to boost an immune system if sickness is going around, or if you're like my family that has allergy sufferers. Some kids are picky eaters; vitamins may give them what they may be lacking in their diet. While I do have kids with allergies, I don't have picky eaters thankfully. 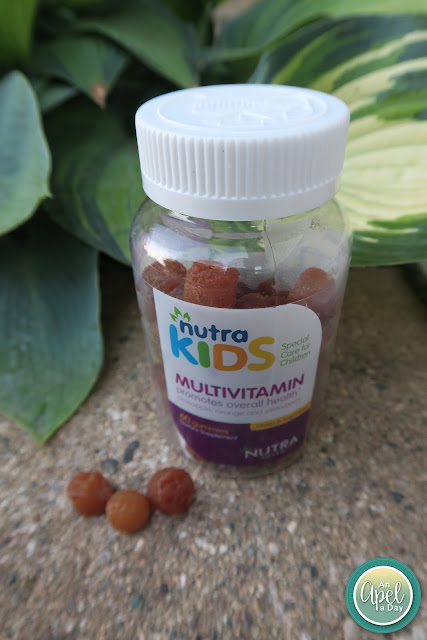 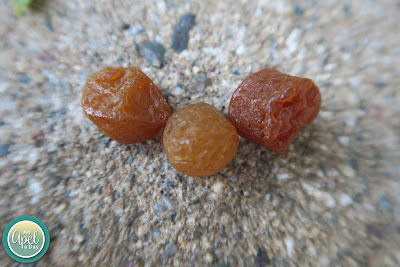 Gummies or No Gummies

We're trying to do away with most chewy things. Isaak has a space maintainer in the bottom of his mouth where he was told no chewy things. These are not super chewy like Gummy Bears would be. That's a total perk in my mind. I don't need a piece of vitamin to get caught between Isaak's teeth, or space maintainer. I also don't mind vitamins that can be swallowed or the old school kind that can be chewed, and are not gummy at all. Not all kids can swallow vitamins, so I wouldn't expect a company to make a swallow kind for kids.

I often do my own research when it comes to child development. On most kid vitamin bottles it doesn't say what age it goes to. Recently I was looking at Mica and said, "I think it may be time that you start taking an adult vitamin." He weighs 90 pounds, is almost 12, and is getting super tall. Just to make sure this transition was ok I emailed his pediatrician to ask. Sure enough he thought that it is a perfect time for Mica to make the transition from children's vitamins to adult ones. I did see on one website that when kids start hitting puberty they can switch from children's vitamins to adult ones. He's growing up!

Isaak on the other hand still takes a children's vitamin. Nutra Kids Multivitiamin is great for him!

What about you - What vitamins do you take? As for me I take a daily adult vitamin, Acai Flower to lower my cholesterol, vitamin D  only for dark days that never seem to end, and allergy meds right now.

Disclaimer: I received Nutra Kids Multivitamin Gummy in return for writing this post. The store certainly inspired me to write this post. I only review things that I think my family or readers will enjoy, or find useful.
Posted by An Apel a Day at 10:42 AM 4 comments: