So Much For Spring

This is what we woke up to this morning: 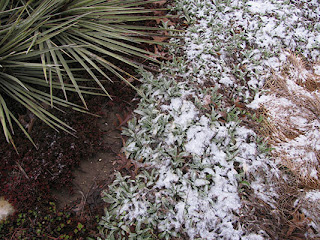 Snow! It was a thin dusting. Then it spit snow off and on all day. A few nights ago parts of Omaha had golf ball sized hail. Luckily we didn't get any of that hail. I saw tons of pictures of people holding it on FB though. It's been rainy, gloomy and cold.

I was ready to put away the winter pjs and shirts. NOPE!

Usually Nebraska has 4 true seasons, but right now it seems like we'll go from winter to summer pretty fast. I guess we do have all of May and most of June for Spring. 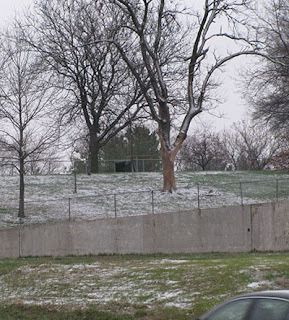 Will the Eraser, Erase His Stomach?

If you missed that Isaak ate an eraser, I wrote about it here.

At supper that night I said, "So Isaak I heard you ate an eraser!?"
He said with a smile on his face, "Yes I did."
I said, "I wonder what that's going to do to your stomach?"
Daddy said, "It will start erasing it away."
Isaak's eyebrows raised up and he started sobbing.
Isaak said, "What will happen to me? Am I going to die?"
Maybe it was bad, but we all couldn't help it, we busted out laughing. I'm still laughing about it.
I said, "No you won't die. If you eat some things you shouldn't, you could die. Stick with eating food."
Daddy said, "It will probably just come out in your poop."
Isaak still crying said, "Oh no! What will my poop look like?"
I don't think we ever answered that one.

Our attention then went to Mica, who spent the whole meal interrupting. I sent him to time-out after asking him three times to stop. Mica interrupts a lot. He stomped off to the time-out chair, having some attitude. Then when he was done sitting there, he had to take all the dishes to the counter.
He said, "This just isn't fair. I need a dessert when I'm all done!"
Daddy said, "You can have more salmon cuscus, or veggies if you are still hungry."
Mica said, "I don't want that stuff! I want a dessert."
Then he broke down crying like it was the end of his 7 year old life.

That same night I read on Facebook that my nephew Elijah put sunblock all over his Dad's car; because he was worried it would get burnt.

I tell ya something is in the air! Our boys have been so tired, emotional, stuffy, acting out more than usual and the weather can't make up it's mind. Usually our boys are not so emotional. Mica especially doesn't cry often. I really don't think we are still locked into having a cold. I think it's allergies at its worst.
Posted by An Apel a Day at 9:00 AM 6 comments:

Email ThisBlogThis!Share to TwitterShare to FacebookShare to Pinterest
Labels: punishment

I wish I had my son Isaak's lashes! 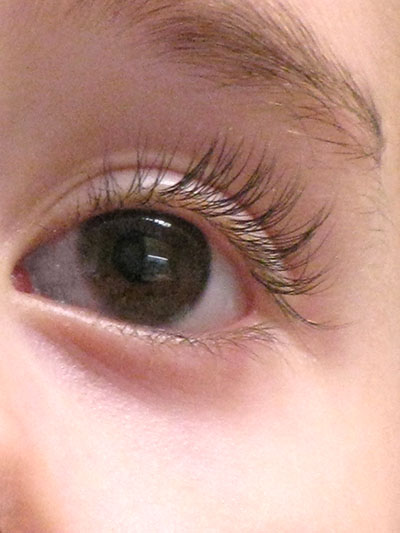 Thank you so much for linking up! Please enter my low entry giveaways: Zevia - Zero Calorie Soda - 5 winners and a $50 GC to Natural Vitality.
Posted by An Apel a Day at 4:22 PM 43 comments:

Email ThisBlogThis!Share to TwitterShare to FacebookShare to Pinterest
Labels: eye

Lil' man isn't so little! He is 50% for weight. He weighs a whopping 41 pounds. This is the one that gets me, he is 90% for height! I felt like Mica was tall. Isaak is 45". His Grandpa Spiehs is really tall, his Grandma Spiehs and Grandma Apel are slightly above average for height. He has many great uncles that are tall as well.

Isaak checked out well. Daddy took him to the Doctor, so I didn't get any other details.

I guess he didn't cry when getting his shots.

Isaak's been a punk all weekend. I don't know what turned that on. He hasn't acted so bad since the fall. In fact I was just thinking, "They've been so good!"

Yesterday Isaak picked up a stick and a bat and was going after Mica's friends with them. I chased him down. He had to go inside.

Today after his appointment they gave him a good boy package. One of the things was a pencil. While Daddy was on the phone with me Isaak was scratching our new table with the metal part of his pencil! Luckily it wasn't too bad! Daddy got off the phone with me to discipline him.

Daddy put him in timeout and found out on the way that Isaak drew on the wall with a pencil. Then he put in a call to the doctor to see if he needed to do anything about the eraser that's about to go into his digestive track. I bet it will just add a little fiber to his diet. What do you think? I forgot to ask if the eraser tasted good?

Isaak gives me these hand drawn cards about once a week. I'm not sure what the sad face is for off to the side. 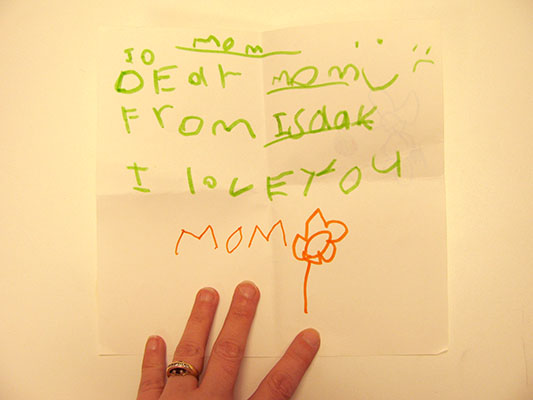 Email ThisBlogThis!Share to TwitterShare to FacebookShare to Pinterest
Labels: Doctor, Kindergarten check up

I like to have a soda every once in awhile. Especially in the summer time I crave a root beer once in awhile. My drink of choice is water. One thing about most sodas is that they have a lot of sugar in them. If they don't have sugar, they have artificial sweeteners. 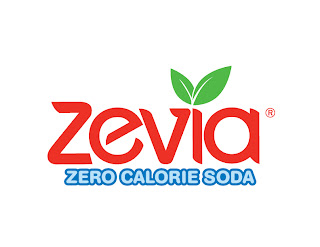 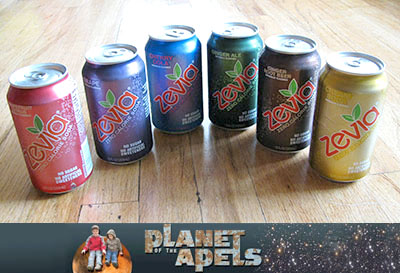 I drank Grapefruit Citrus, Daddy drank Ginger Root Beer and the boys split the Grape soda. Daddy and I didn't think it tasted like a traditional soda. We both still really liked it. It satisfied the craving of soda for sure. 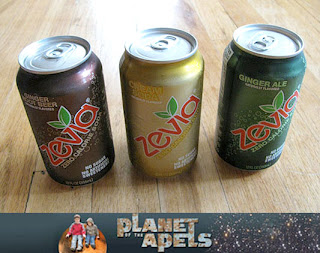 I love to get sodas as a special treat for birthday parties. I think Zevia is a much better drink selection than other sugary drinks.

Zevia does have a spot on their website, where you can look up where to buy their product; just by typing in your zip code. I think that's really helpful. There has been times where I've won a giveaway for a certain product, I got the coupons then couldn't find it anywhere. I've seen Zevia at Target, Whole Foods and a local store call No Name Nutrition. 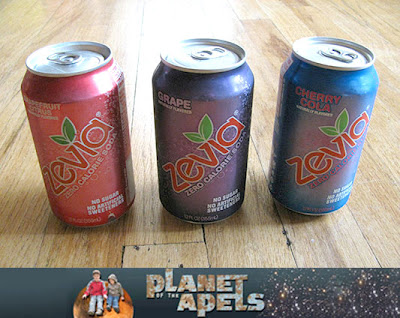 Zevia has offered five of my readers a chance to win a 6-pack of Zevia!

a Rafflecopter giveaway
Disclaimer: The opinions on the post are my personal take on the product. This blog is a personal blog written and edited by me. I am not compensated to provide my opinion except for receiving the products themselves to test out. I did receive a free product to help with this giveaway.

For some reason we've been grumpy lately. The boys and I just can't get over this sickness entirely. Isaak's still a snot bucket, Mica has a cough and I'm just stuffy.

On Friday I got a fever. I felt like I was in a daze.

Yesterday I was feeling a bit better, so we went on mini errands. It's the only time of the week I can go on errands. So we went. It seems like little stores such as the battery store the boys act up in more than bigger stores like Costco. I don't know if it has anything to do with the amount of people in them (stimulus), or the fact that Costco has samples to keep them occupied? They just seem crazy in little stores.

I was getting a battery replaced in my car key and the boys found the flashlights on the front counter. All the sudden it was like a game of laser tag in there. They are not usually like that. They haven't been for a long time anyhow! I thought we were over this bad store behavior business!

Another thing, if I grab Isaak at all, anywhere he starts crying, "You hurt my arm!" He had Nursemaid's Elbow awhile back. Now he uses that as an excuse.

Today I went to Walgreens for 2 things. I talked to them about good store behavior before we went in. Isaak was an animal. It's like a light switch went on inside him to act crazy! I kept holding his face, looking him in the eyes and saying, "This is not good store behavior. You need to use your inside voice, calm down and check yourself!" Then Mica was acting out. I just wanted to go back to one of the first commercials I remember and say, "Calgon take me away!"


We went home and Isaak had to lay in bed to think about his poor behavior. Mica lost his snack (Easter candy). Then I heard Mica complain that it's not fair that he didn't get his candy. He thought Isaak was the culprit. I didn't want to hear him go on at all. I said, "If I hear you complain once more you are going to your bed and read." That's where he is.

Mica's supposed to have a play date at 2. If it wasn't such a struggle to arrange his play date, I would totally cancel it.
Posted by An Apel a Day at 1:25 PM 8 comments: