Me: "Isaak what did you play at recess?"

Isaak: "Well I play it with Maddie sometimes. Maddie is the Queen Kitty and rules over me. Lava Kitties come out of my hands, heart and every body part really."

Me: Non stop laughter. *I hope he doesn't have a crazy ruling girlfriend someday.

Isaak: Eye rolls at my laughter. 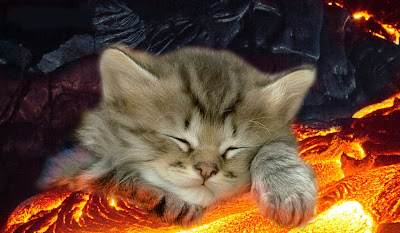 I never thought that playing kitty at recess would be so hard on shoes. He's broken 2 pair of sandals on the playground. I really don't want to buy more. Before you know it, it will be cold enough to wear tennis shoes all the time.

To wake Isaak up in the morning I find myself purring like a kitty. He cuddles me up, smiles and pats my head. He says, "I love you kitty." It's so crazy ridiculous, but wakes him up in a good mood. Last year I barked like a puppy. So silly, but it works to get him up!
Posted by An Apel a Day at 3:30 PM 4 comments:

Have you every heard of Bad Books? I saw that one of my friends on Spotify was listening to them. I decided to check them out. They are an American Indie Rock band that started in 2010. Kevin Devine and members of another band called Manchester Orchestra along with a drummer Benjamin Homola got together to form the band.

When You Take All Their Weapons Away...

They just make new ones.

Isaak made this gun out of a water bottle, a plastic ring and the handle is a wad of paper that is rolled up like an empty toilet paper roll. 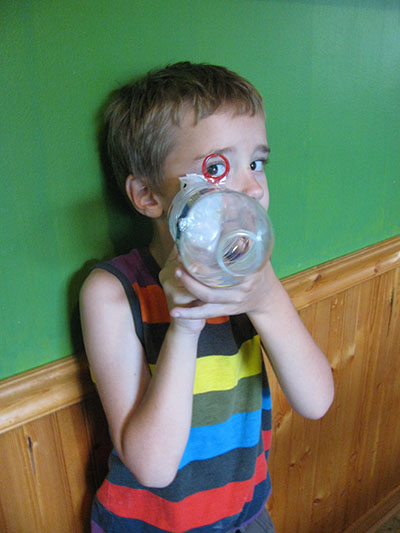 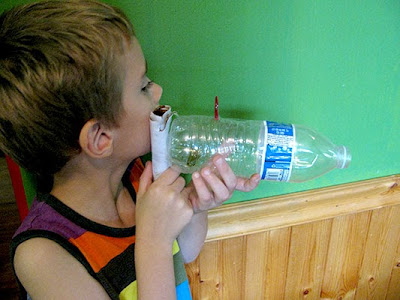 A+ for creativity. Do/did you let your kids play with toy weapons?

It seems like many boy toys come with them. The Melissa and Doug Pirate dress-up suit even came with a foam sword. I've taken that thing away so many times! The Teenage Mutant Ninja Turtle stuff is down right dangerous (the dress up stuff).

When it comes down to it, I've taken things away...Then they build new things. Hangers have been swords and Captain Hook's, hook.
Posted by An Apel a Day at 3:32 PM 9 comments:

I took the kids to Aksarben Village. I so wanted to stop in and see my parents, since they've been out of town and live right by there.

But with me being all stuffed up, I want to stay away from people if I can.

In Aksarben Village they have a movie theater, Jones Bros. Cupcakes (which was on Cupcake Wars, other stores, a playground and a splash park.

The boys opted to go to the playground first. Then they wouldn't get all sandy. 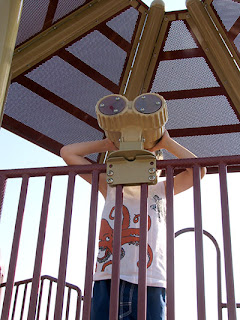 For some odd reason both of them went to the swings almost right away. My boys have never been into swinging. 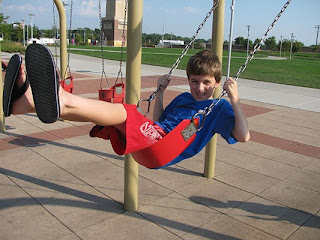 Mica: "Mom don't push Isaak! He needs to learn how to pump his legs like I do!"
Me: "Mica you just learned how to pump your legs last year."
*Ya nether of my boys were into swinging or riding bikes anytime soon in their childhood. 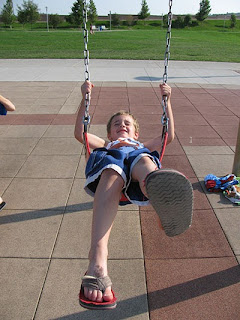 As far as the splash park went, both boys were like, "That's it? Really we went all the way here for this?"

It has splash fountains that go in a circle. They soon understood that it is in fact fun.

It was the most fun watching Isaak. Mica moved around too much for me to take his picture.

I asked Isaak if he was playing Twister in the water? He knows the game. 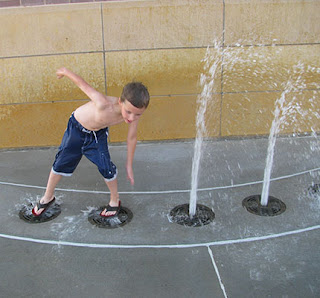 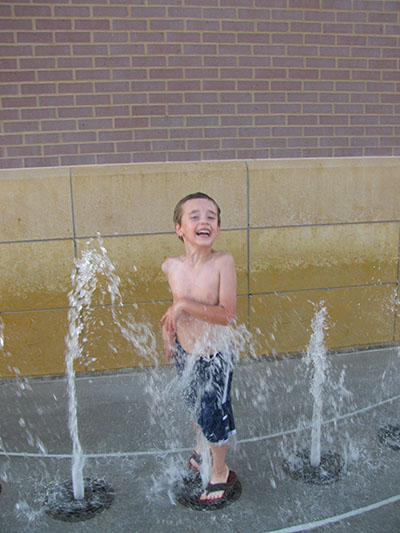 They both ended up having fun. They played tag around the wall that was covered by these sprayers. I stayed back a bit and just enjoyed snapping photos. 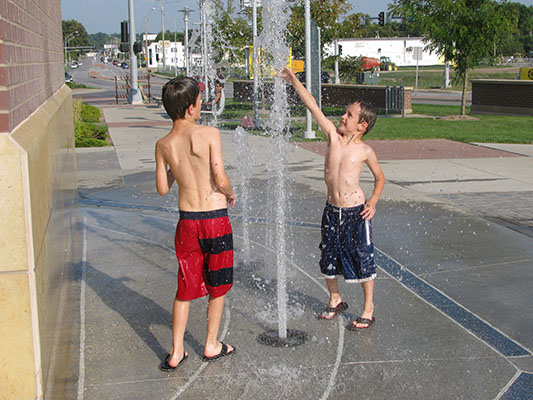 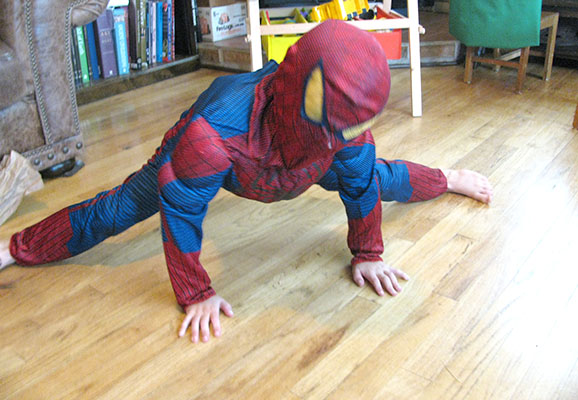 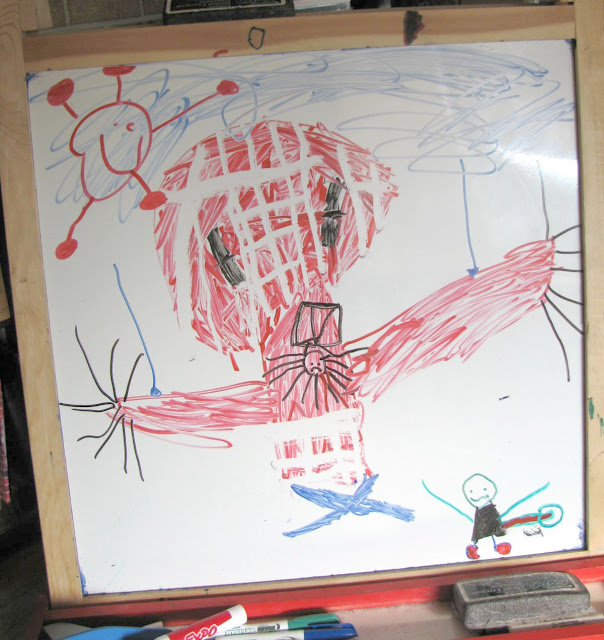 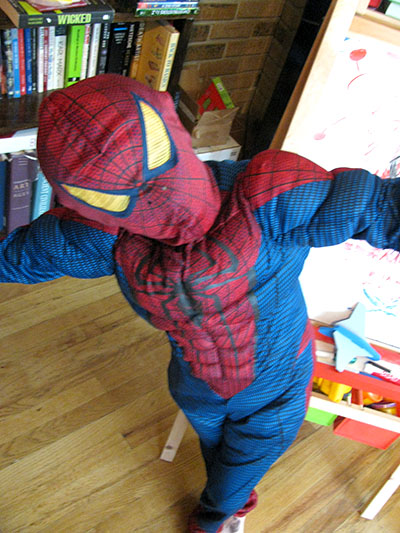 If you have a moment, please enter to win one or both of my current giveaways:

Stuck On You Review + a #Giveaway 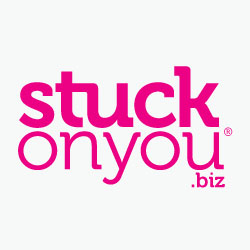 I've been really excited to share this review and giveaway with you! Stuck on You is a company that specializes in personalized name labels, back to school items and gifts.

I had trouble deciding on what to get. Everything is so cute! There is so many things I love on their site.

The first thing I picked were Homework Pencils with Mica and Isaak's names on them. The set comes with a ruler pencil box, pencils, an eraser, a pencil sharpener and labels for the pencils. Each box is $24.95. 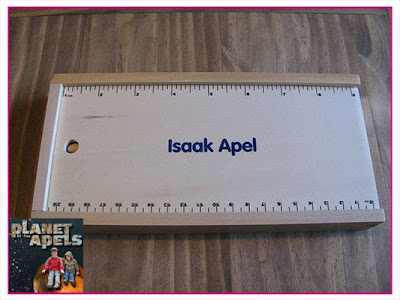 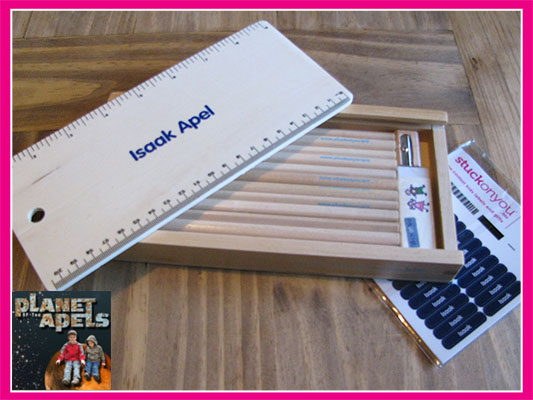 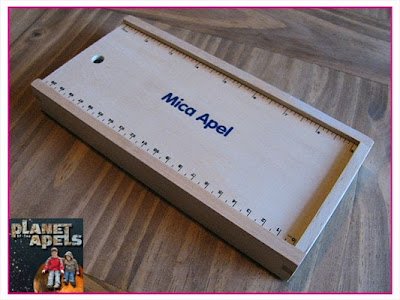 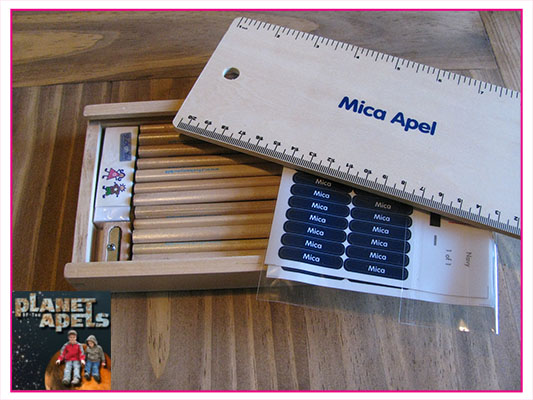 Each set is going in the boy's stocking for Christmas! I just know they will be as excited as I am to get them!

The next thing I picked out was a robot Classic Personalized Bag Tag for Isaak. It's $6.95. It is water resistant and super durable. 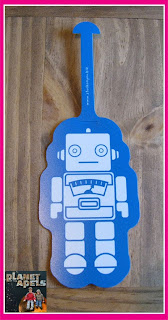 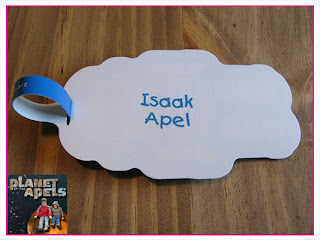 I looped the tag through to see if it could come apart too easily. Isaak tends to play with things a lot. It holds very well. I had trouble getting it back apart. I got it though. It's certainly durable! Stuck on You has 14 other designs to choose from. You can get tags that are not personalized for $3.95, if you just want something to separate one bag from another.

I picked out Basic Homework Pencils for Mica and Isaak's teachers. They to will be getting them for the winter holiday time. I forgot that they came with a sharpener and eraser. It does say they do on the site, but I just forgot. That was a nice surprise to see in the boxes. They come with little name labels. I picked out blue labels, but they have red and pink as options to. Each set is $14.95. 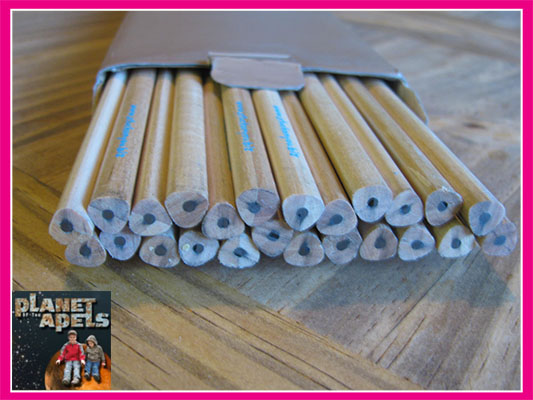 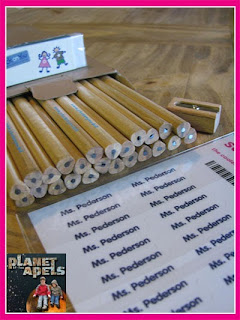 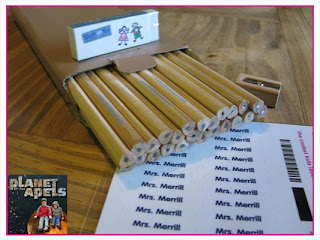 The last, but not least thing I picked out was a personalised Embroidered Facewasher. Also known as a washcloth. I went ahead and treated our family with this now. I wanted to see how it held up in the wash. It's still very soft! Facewashers are 100%, and embroidered with your choice of font and color. I went with Classic font face, but they have 7 fonts to choose from and 10 colors to choose from for the embroidery color. 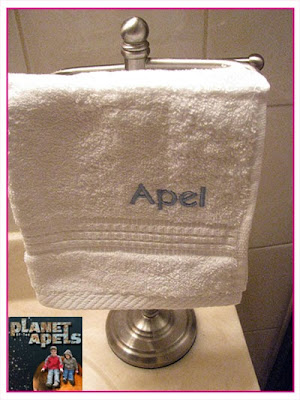 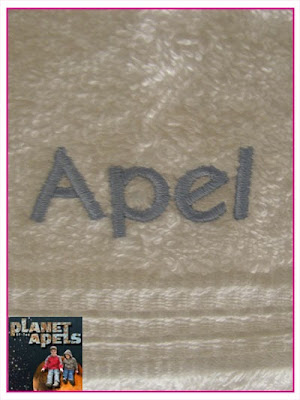 My total came to $96.70. I thought that was a really good deal considering that they are all personalized things!

Remember in the beginning of my post that I said I had a hard time choosing what to get? They also have placemats, bags, lunch boxes, robes, many different kinds of labels and much more!

Now it's giveaway time! One of my readers is going to win a $25 GC to Stuck on You! 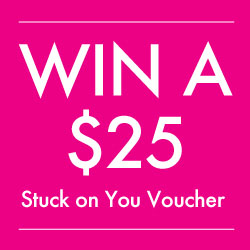 a Rafflecopter giveaway
Disclaimer: The opinions on the post are my personal take on the product. This blog is a personal blog written and edited by me. I was under no obligation to review it if I so chose. Nor was I under any obligation to write a positive review. You need to be over the age of 18 to enter. This giveaway is for the US and Canada only. I did get products to help with the review. The winner will need to respond back within 48 hours, or I will pick a new winner.

Email ThisBlogThis!Share to TwitterShare to FacebookShare to Pinterest
Labels: back to school, Christmas, Giveaway, labels, school supplies, Stuck on You

It's Just Another Manic Monday

Thursday night I mostly lost my voice. It's not all the way gone. I sound like a bullfrog. I caught Daddy's cold + had allergies = my voice loss.

It's happened before. I called my doctor's office first thing. I told the nurse, "I really don't know if you can do anything for me. I think it's viral. I just need advice on getting through this. I have really bad allergies; when I get a cold on top of them poof my voice sometimes goes." She thought I should come in. I'm going in at 11. Luckily my doctor's office is 5 minutes from here.

Mica woke up with a stomach ache. He said he didn't sleep well all night. He would barely touch his breakfast. I said, "Mica do you need to stay home?" He said, "Yes." Daddy stayed home with him. Daddy's not busy at work right now. He likes just about any excuse to stay home. If it were up to him he'd go part time to work on artwork.

To top it all off I had to go in to one of my high level classes to have a little talk. I mustered up the very little voice I have to get out that it's not ok to write notes saying, "Plagiarism", and sticking it up on someone's work in the hallway. If they have a problem with artwork being plagiarized they need to come see their teacher, the education director, or the director of the school. In this case they had an assignment to change a logo. The logo was changed, not a ton, but it was changed. In the real world sometimes logos are not revised a massive way. More times than not they are changed slightly.

I took the president's wife over to look at it to see if she thought it was plagiarized? She didn't think so. This next part I didn't say to them, but thought it: Often times in cases where they don't change something as much as they could, it is reflected in their grading, which is no one's business.

Trust me in the past I have had problems with plagiarism. This is not one of those cases. It seems more to me like someone that is a really good, talented student, has their head a little high up in the sky. They scoffed at the fact that it wasn't totally new, and wrote what they did not once, but twice to stick it up on the wall.

It ended with the Education Director saying that they could be expelled by defacing property.

There you have it, I already played good cop/bad cop today.