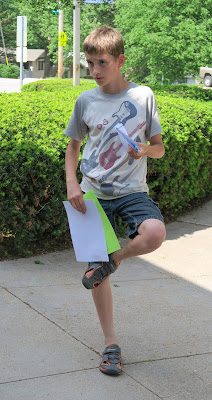 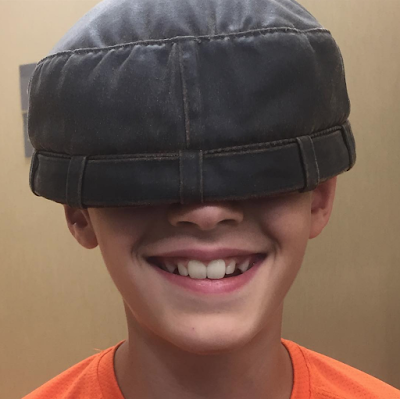 I so excited about the first camp we signed Isaak up for. It's called Camp Invention.

From their website: Camp Invention is one week in the summer where your child’s creativity, innovation, and problem-solving skills are challenged and developed in fun and exciting ways. Our top priority is to inspire future innovators and build their confidence in the natural ability to dream and create. 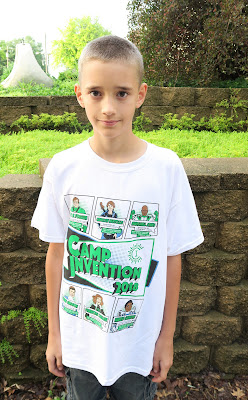 We were sent an email to save things we would typically throw away/recycle. We saved paper towel rolls, caps, plastic, meat trays and more.

Dropping him off was so easy! They literally had a staff member waiting outside the door to get him. The camp didn't start until 8, but they'd let you drop them off as early as 7:30. I never was late to work.

Isaak walked in with wide eyes. There was stuff everywhere that kids could use to build things. Some stuff the staff already had. Then kids would add to it. There were robotic dogs, and Isaak had to add fur, and he choose to make it a collar and chain. 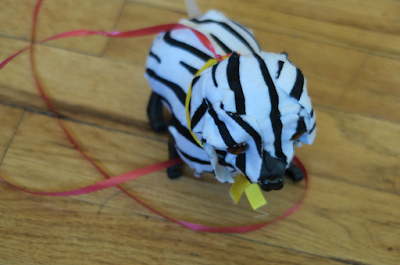 They gave him sticky hands to fling on the wall to try and get paper down that were taped to it.

They had obstacle courses where the had to do this or that, and at the end had to take apart a toy with a screw driver.

They learned about batteries and lights.

I think Isaak was a little bummed when it was all over.

It was a first sign-up, first get into kind of camp. I'm glad we hopped on it!

One of the best parts is it was free. I also loved that it was at a middle school, so Isaak got a feeling of what that's like. It was at Alice Buffett Middle School. Alice Buffett is the daughter of Warren Buffett, if you've heard that name. They get a lot of donations at Alice Buffett, and would love if Isaak could get in there. We'll see, it's kind of hard to get into it.


Are your kid(s) in any camps? Mica's getting a little old for camp, but we have the boys registered for a science camp and an outdoor camp.
Posted by An Apel a Day at 11:59 AM 5 comments:

These Raindrop Garden Shoes are perfect with all the rain we’ve been getting. In Omaha it's been raining for a week now. It's rained more now than it did all spring. It turns summer tomorrow! 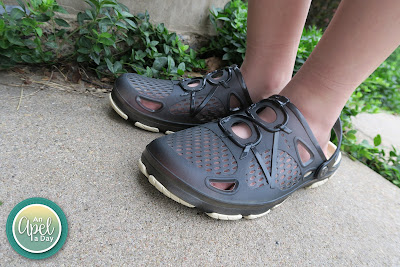 They come in 6 different sizes:

So they won't fit my Dad that has 15 AAA shoes, but they do fit Mica.

He likes that they breathe, are easy to slip on and off, and are waterproof.

What style would you pick? I like the sporty look of the black with yellow, but felt like blue and black with beige would be more practical.

Where to Get Them:

They have holes all over. I don't the fact that they are breathable. No foot smell. No chance of foot fungus. Ewww! 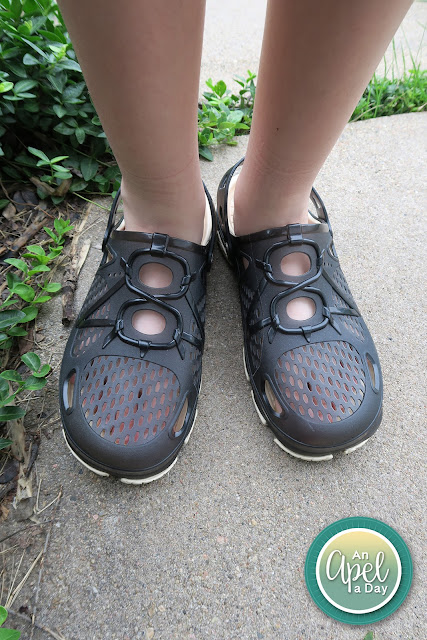 What kind of shoes do you like to wear in the summer?

Disclaimer: I received one or more of the products mentioned above for a discount. Regardless, I only recommend products or services I use personally and believe will be good for my readers.
Posted by An Apel a Day at 9:02 PM 3 comments:

Alex and Me Blu-ray #Giveaway

Warner Bros. Home Entertainment provided me with a free copy of the Blu-ray I wrote about in this Blog Post. The opinions I share are my own.


Get ready to fall in love with Alex & Me!


It is an inspirational tale for the whole family!

Teenager Reagan Willis (Agudong) has one dream – to play soccer like her hero, Alex Morgan. Her bedroom is a shrine to all things Alex, including a life-size poster of the Olympic gold medalist. Yet in the Willis house, Reagan lives in the shadow of her prep football superstar brother, Logan. When Reagan fails to make the cut of the premiere local soccer club team and is humiliated by her rival Claire, she’s certain her ship has sailed. But after accidentally hitting her head, Reagan’s poster of Alex Morgan suddenly comes to life and everything changes!

An Olympic Gold Medalist and FIFA Women’s World Cup champion with a penchant for goal scoring, Alex Morgan is one of the top soccer players on the planet, currently playing forward for the United States Women's National Team and the Orlando Pride of the National Women's Soccer League. Away from the field, Morgan is also an accomplished author of “The Kicks” series, a collection of chapter books filled with wonderful messages of empowerment for young girls. The first The Kicks book, “Saving the Team,” debuted at No. 7 on the New York Times Best Seller list.

Who's in the Film:

The giveaway will run through 6/30/18. Winner will have 48 hours to respond to winning email or a new winner will be selected.

*This is a Rafflecopter giveaway open to residents of the USA. Each household is only eligible to win Alex & Me Blu-ray via blog reviews and giveaways. Only one entrant per mailing address per giveaway. If you have won the same prize on another blog, you will not be eligible to win it again. Winner is subject to eligibility verification.*

Email ThisBlogThis!Share to TwitterShare to FacebookShare to Pinterest
Labels: Alex and Me, Blu-Ray, DVD, Giveaway, Soccer

I don't think buildings really talk, but they all have personality.

A few weekends ago we went walking around downtown to see some art openings. I think some of the buildings alone make me feel inspired. I could just spend time there just taking photos all day long. 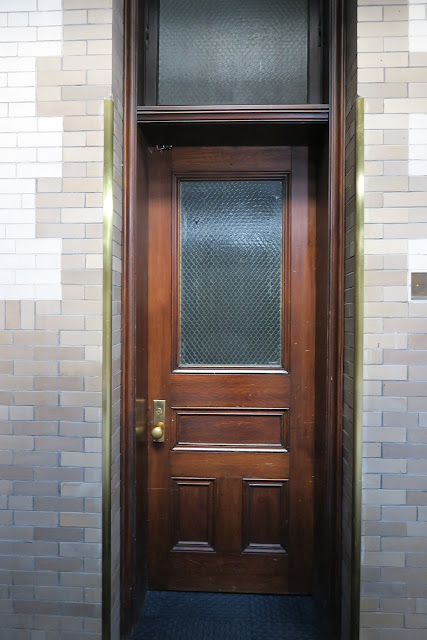 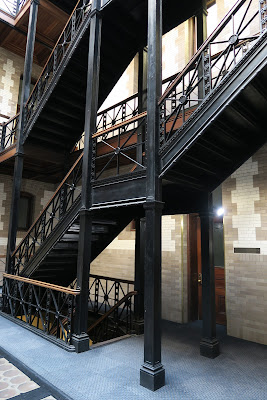 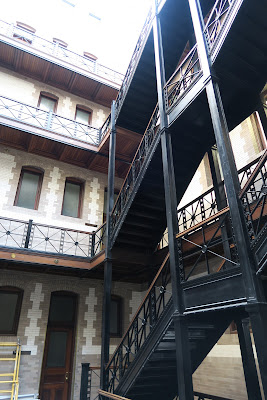 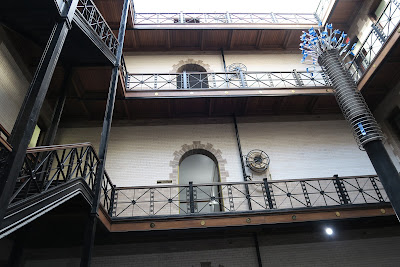 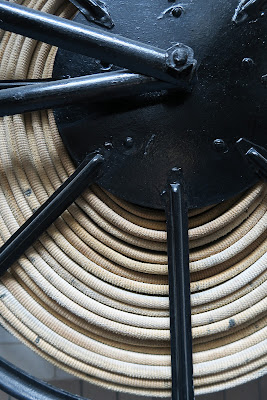 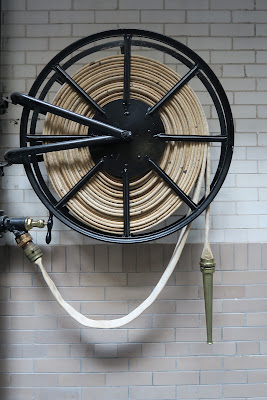 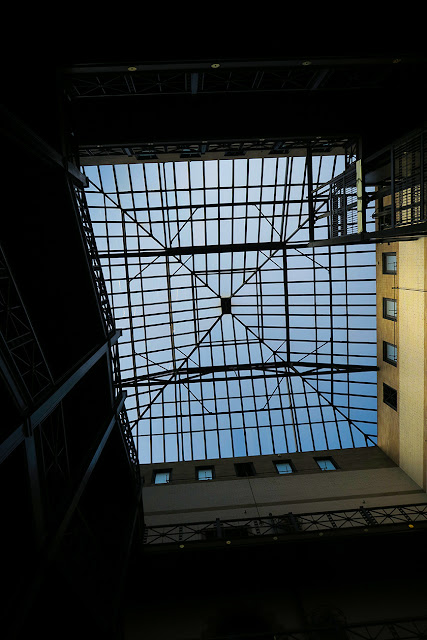 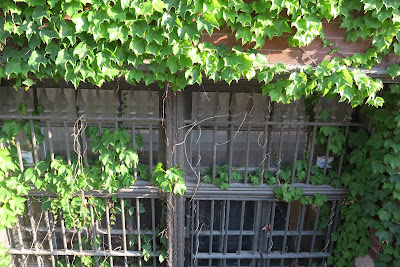 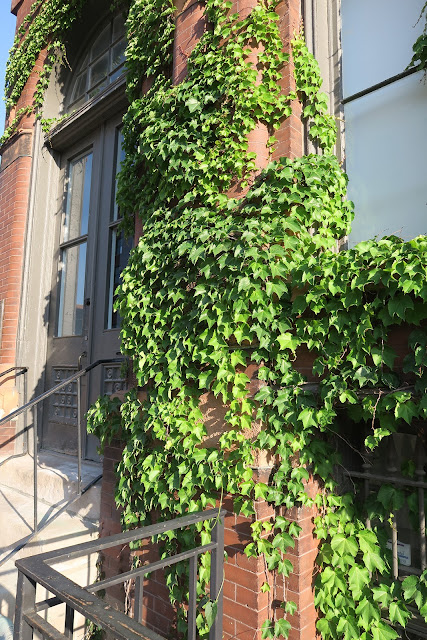 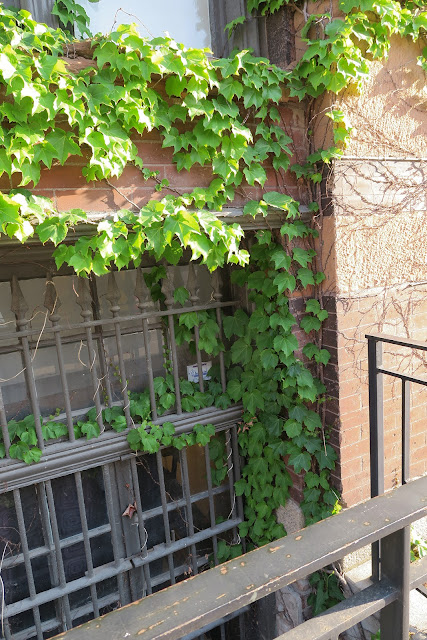