Isaak is on the fence when it comes to Santa. It's no surprise - Mica stopped believing when he was in 4th grade, as did I. Isaak's in 5th grade. He's told me that many of his friends don't believe. I just tell him, "That's too bad!" Then he says, "I know."

I had the chance to review a Package From Santa. You can get your own package at: PackageFromSanta.com. I picked one that's for kids that are doubting Santa's existence. Start a Magical Christmas Family Tradition That Your Child Will Cherish Forever! 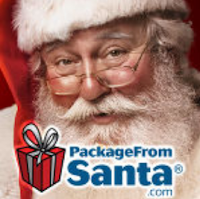 Give the one-of-a-kind memorable EXPERIENCE of receiving a Package From Santa! When you order your package, you can reword prewritten letters.

Isaak's package came in the mail today. He was so excited to get mail!
He didn't want me to see any of his package. He said it's between he and Santa. I had to sneak photos of it, while he was in the shower.

A fun photo of Santa: 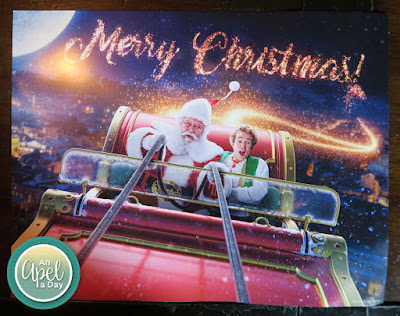 The letter for the 1/2 believer: 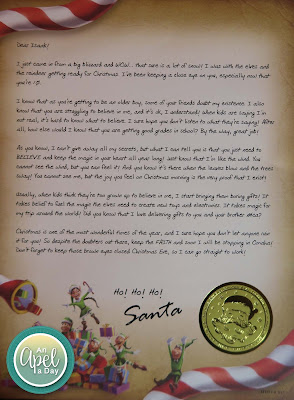 I loved the seal: 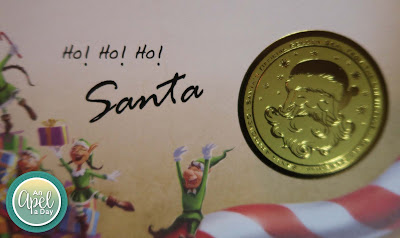 A Nice List Certificate, which overall he is nice: 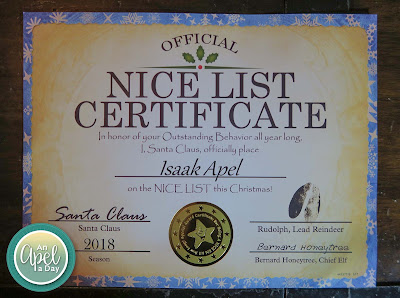 Isaak did ask how Santa got his photo? I said I blog, and am on FB all the time. Santa must have gotten his photo from online. ;) 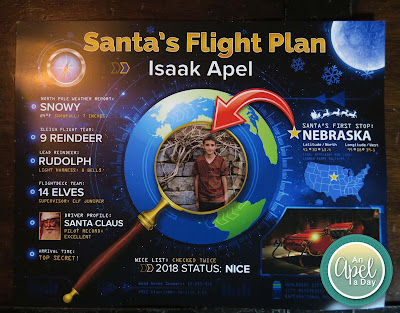 I think it's a fun package! They were really fast with the order. I had no problems ordering it! Lately with reviews it's like this code doesn't work... Not this company! 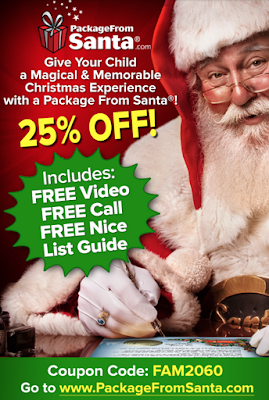 Get 25% off every package you order using code FAM2060

This uniquely personalized gift experience creates Christmas wonder and excitement that your child will never forget!

Have your camera ready to video every step of this special Santa experience! It all starts at the mail box when the Package From Santa arrives from the North Pole! Delight in the process of making Christmas magic come alive in a very personal way for your child, grandchild, niece, nephew, or any little one you know!

This esteem-building personalized gift is an amazing experience of joy, memories, wonder and happiness!

PackageFromSanta.com has options for EVERY BUDGET starting at $14.95 with an array of add-on goodies to choose from. Create a custom package for each child!

How did you find out that Santa didn't exist? Possibly you still believe.

Disclaimer I got this package from PackageFromSanta.com in order to help with this review. All opinions are my own. This is a sponsored post.
Posted by An Apel a Day at 11:15 PM 4 comments:

I Hope You Had a Great Thanksgiving!

I hope everyone had a great Thanksgiving!

We celebrated with my sisters, their kids and my parents. We had snack type foods, and played games all Thanksgiving day.

Today (Saturday) we went over to my aunt's house to have a big meal. Everyone brings something. There we played Rummikub. I'm glad I brought my game, and my aunt had a set. We had 2 games going.

Thankfully both days were good days, for playing outside. The kids were free to run around. Now (Saturday night) we're in a snow storm watch. That's the crazy thing about Nebraska - it's jacket weather one day and freezing cold the next.

I've had a mini pie maker for a few years, but this is the first year I used it. Have you ever had something you bought or acquired, but hardly used it? I acquired the mini pie maker from my Mom's Cousin. This year I put it to use! I made 13 mini pumpkin pies for one event, and eight or nine pies for the other get together. No left overs. 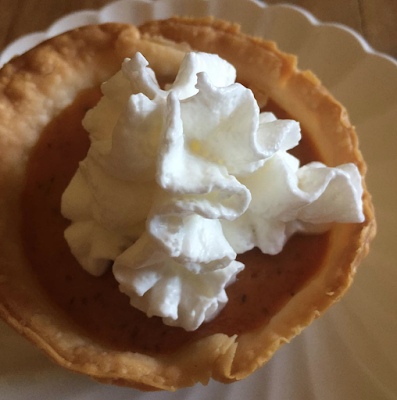 I've never been successful with making pie crust, but want to try someday. There's this post I found that shows step-by-step instructions in making pie crust. I encourage you to try it out! Here it is: https://www.jenreviews.com/pie-crust/. The next time I make pies I'm following the All Butter Pie Crust Recipe. 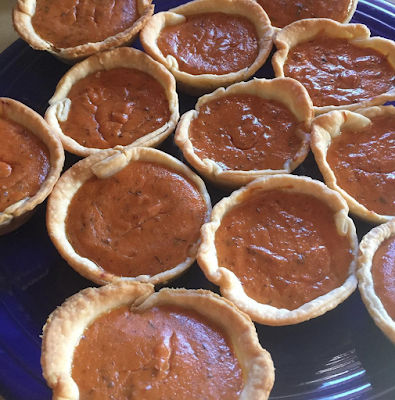 Isaak and Travis helped me make a turkey veggie tray. They helped a lot because I had to quickly go to the store to get dip. We hardly have dip at home, so I forget that some people only have veggies with dip. The dip was barely touched. Ha! 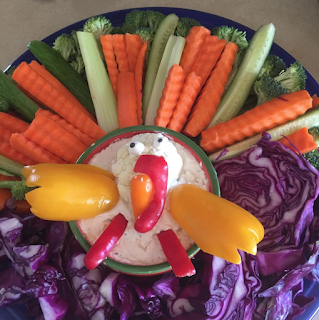 How was your Thanksgiving? What food did you make?
Posted by An Apel a Day at 9:58 PM 3 comments:

WW: Hello! Is it Me You're Looking For? {Linky}

When I saw this image of Lionel Richie and said, "Travis you HAVE to take my photo with him!" 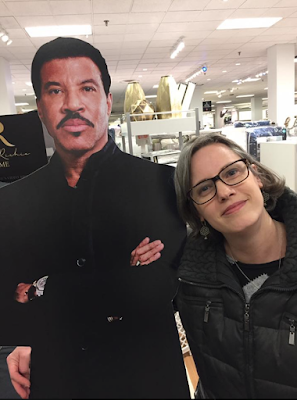 While he was shooting the photo a store person came up and said, "Sorry you can't be on that." I thought he was talking to me. Nope! He was talking to Mica that was resting on a display bed.

I said, "Travis hurry up and take one more just in case we get snapped at next."

Email ThisBlogThis!Share to TwitterShare to FacebookShare to Pinterest
Labels: Hello is it me you're looking for, Lionel Richie, Star

Mica loves history. Right now he says he wants to be a Historian, but last year he wanted to be a Pediatrician. Kids do change their minds often.

I know he'll love a book he's getting for Christmas: Ripley's Believe It or Not! 100 Years. The book showcases their last 100 years, and it is packed full! 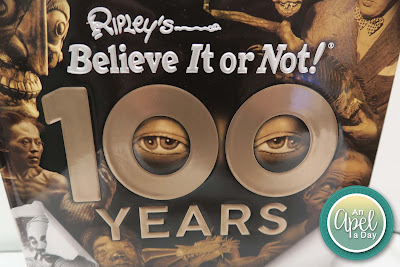 About the book:
Who Was Mr. Robert Ripley? 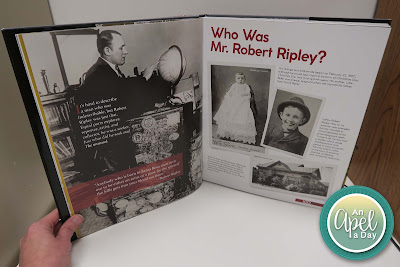 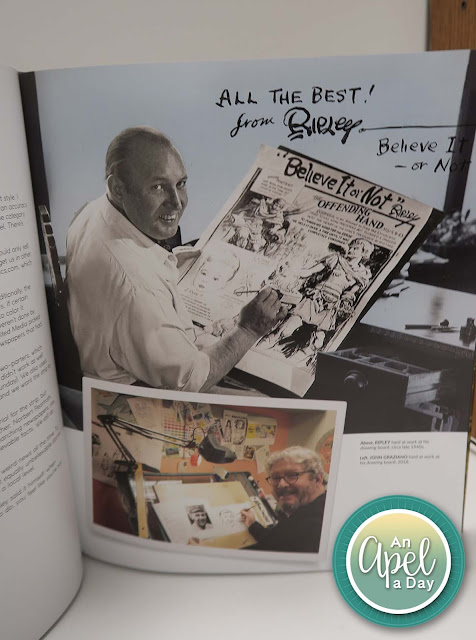 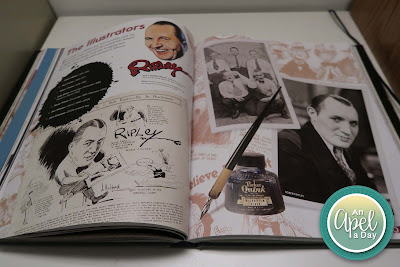 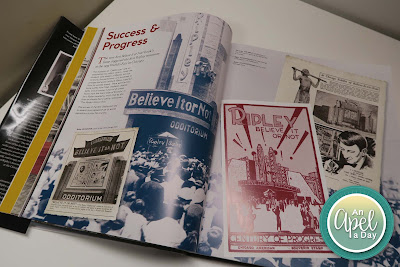 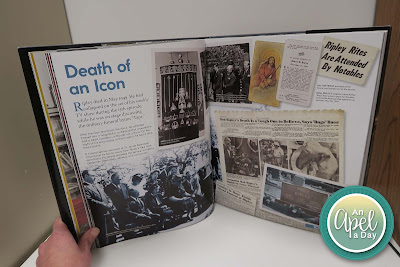 The Ripley brand is known around the world as a trend-setting source of family-friendly fun and excitement! 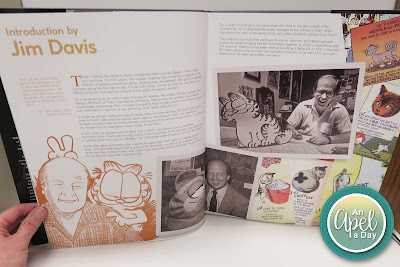 If you are a fan of Garfield, than you'll enjoy reading about Jim Davis! 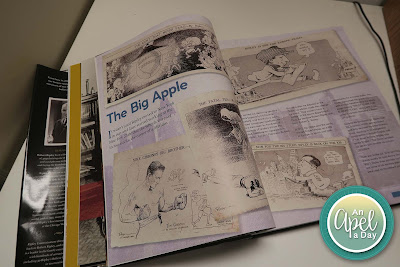 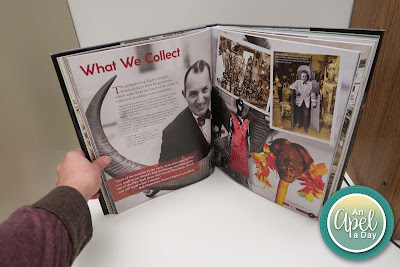 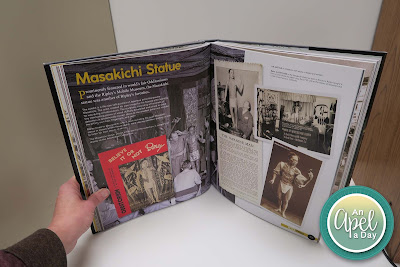 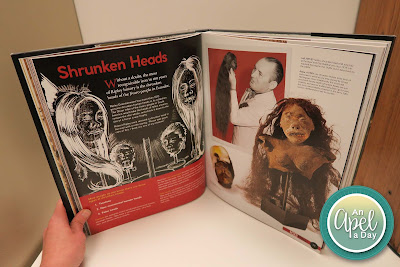 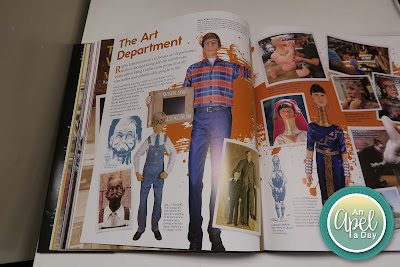 Do you see the shark on the bottom? Travis and I went to school with that artist. He was in my foundation class. His name is Nemo Gould. 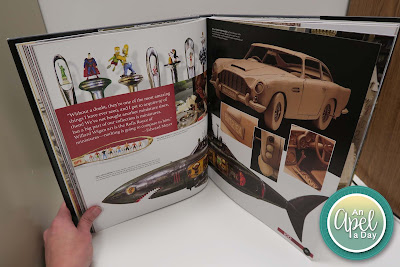 I love the added pullouts, attached envelopes and tickets: 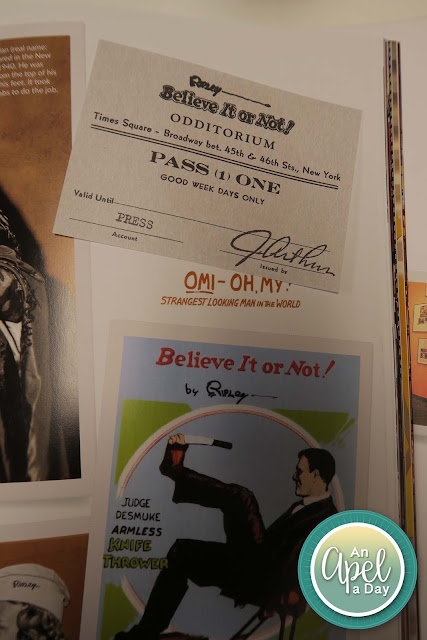 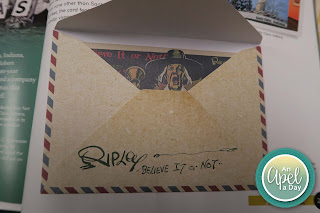 Do you want to win a copy of Ripley's Believe It or Not! 100 Years?

This giveaway is for someone within the US. No PO boxes please. You need to be over the age of 18 to enter. Ends December 3. Winner will have 48 hours to respond. 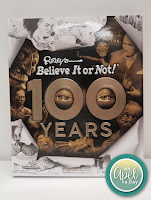 Disclaimer: I received one or more of the products mentioned above for free in exchange for a review. Regardless, I only recommend products or services I use personally and believe will be good for my readers.
Posted by An Apel a Day at 11:14 PM 6 comments: