This week I'm covering the band Foals. They are an indie English rock band.

Yannis Philippakis was Born to a Greek father and a South African-born Ukrainian-Jewish. Philippakis left Greece with his mother when he was five years old. His father taught him traditional folk songs and dances. He was raised in the Greek Orthodox religion. He had quite a mix of influences.

I have heard this next song, which was the song that got to look up the rest of their tunes.

They play great live to!


Mountain At My Gates

Email ThisBlogThis!Share to TwitterShare to FacebookShare to Pinterest
Labels: band, Foals, music, Out of the Box, Saturday 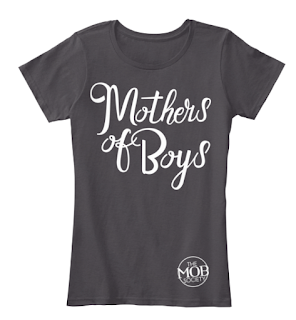 I've been wanting to use a hot glue gun to do so kind of project for the last 5 weeks. My students are making projects out of all white materials. Whenever they work on this project I feel like working on one of my own. I simply want to do something creative.

I love that I got a Hot Glue Gun to review. I haven't made any big projects with it yet, but I want to. 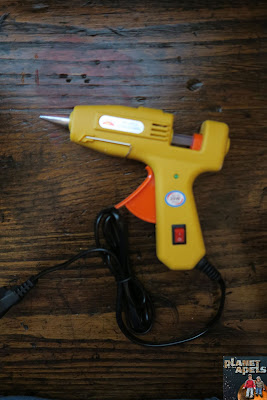 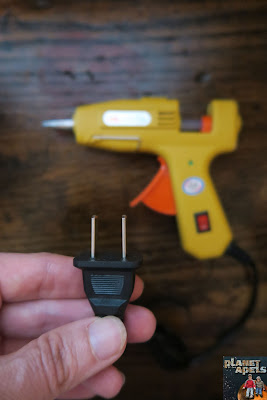 So far I've made hair things for myself. I love pearls because they are my alternative birthstone. Alexandrite is my official birthstone, but that stone is expensive. 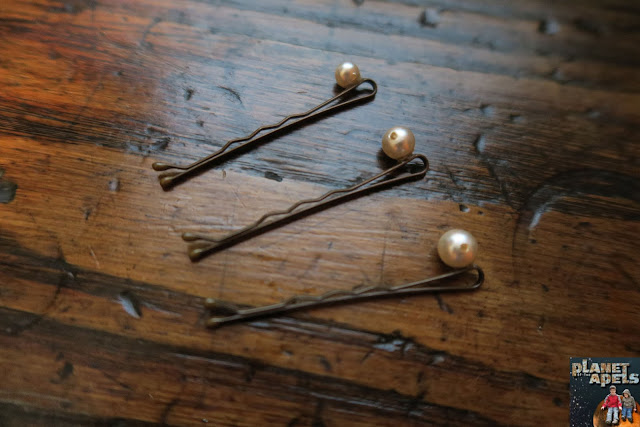 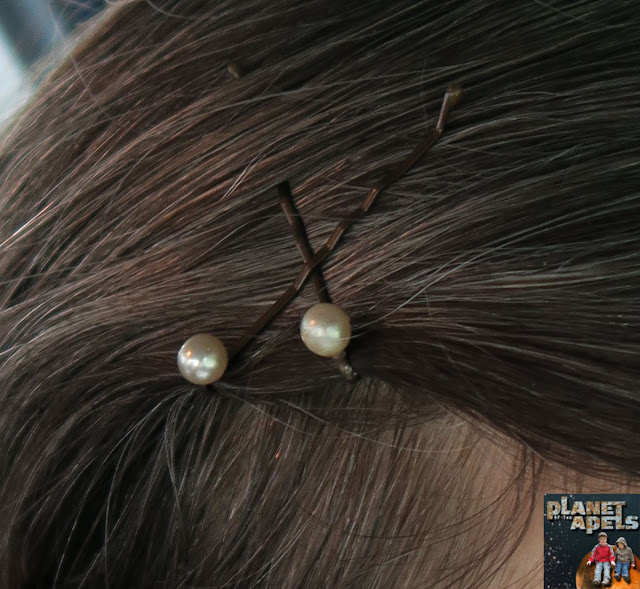 The glue gun worked great for this.

It helps that they sent a PDF book to give you ideas with the hot glue gun. Some of the projects do look pretty fun! 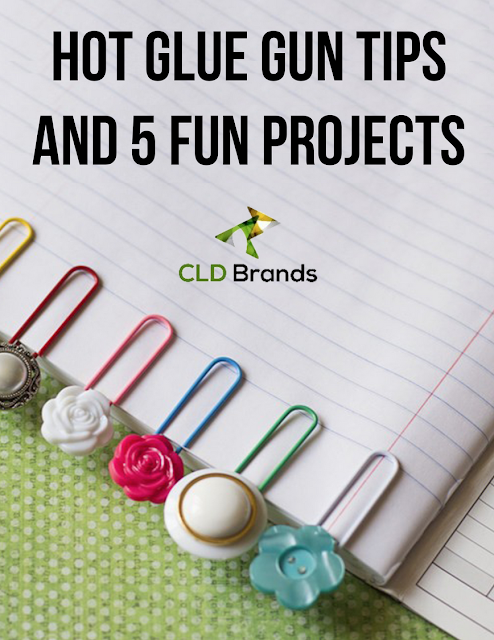 I've been wanting to try putting crayons in a glue gun, but I read online that it's best to use a cold glue gun for that.  The wax melts too fast, and makes more of a mess with a hot glue gun. 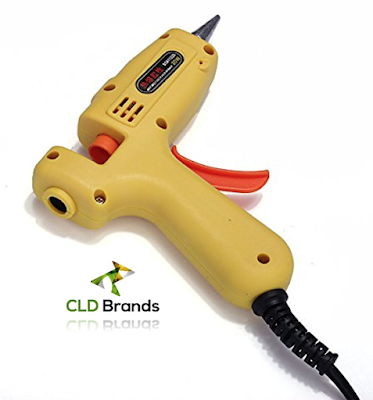 Features:
Hot glue guns can melt Styrofoam to. I found that out with my students on the white paper project. To avoid overheating Styrofoam just unplug the gun, and apply the glue when it's cooling down. You can also apply the glue to the other surface, let it cool for a few seconds, and connect the object to the Styrofoam.

What's in the Box? 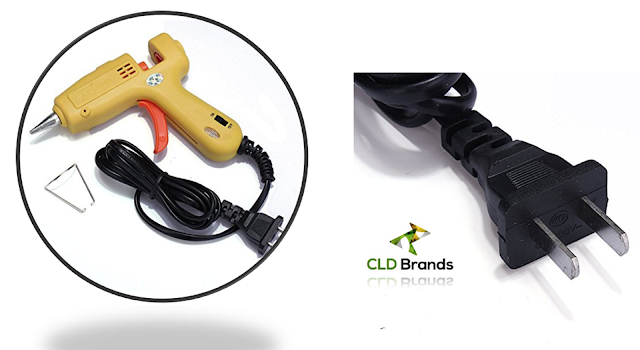 Note: This is NOT a toy. Use with Adult supervision.

I received one or more of the products mentioned above for a discounted price. Regardless, I only recommend products or services I use personally and believe will be good for my readers. 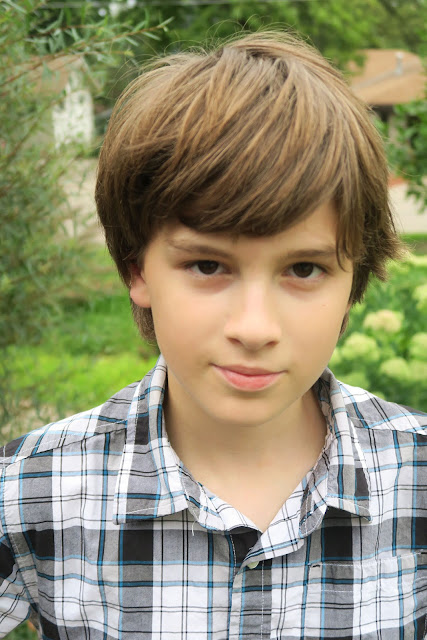 Last week I asked Mica, "So who have you been playing with at school during recess time?" It's my way of asking how his day was without asking, How was your day? over and over like a broken record.

He said, "Well...actually I've been walking around with Sally." *Her name is not really Sally, but I'm calling her that for this post.

I said, "Mica you do know you're too young for a girlfriend."

This girl made the Student Council with him. -Sigh

We went to Target. I was looking for the toothpaste I wanted. Mica said, "Mom Sally and I have the same deodorant. Here it is."

I'm thinking, How does this kid know what kind of deodorant Sally wears? Oh ya they keep them in their lockers to put on before gym class.


I said, "Mica maybe you should start hanging out with your boy friends more, and walk around the playground with Sally less. She may think you're creepy because you walk around with her a lot. Plus you don't want to loose the friends you have because all your attention is going towards Sally."

Mica said, "Sally likes me to."

I said, "Your guy friends won't understand that."

In the car Mica said, "The girls at the school think I'm the cutest boy in the class."

I said, "Really! Don't let that get to your head Mica. There's plenty of good looking kids in your class."

Oh my goodness we're in trouble. This boy is only in 4th grade! He could be in 5th grade age wise, but he's in 4th grade! How in the heck do I take this down a notch, or 5 notches? This kid doesn't need more confidence. He has plenty. I don't want him to be that guy like in Beauty and the Beast - Gaston. BTW I can't believe I'm referencing Disney. That's the first character that came to mind.


Except Mica would love if a girl read, and came up with ideas.

My goodness he's too young for girls! I guess I had a crush in 4th grade, but I never told anyone about it. Mica's told me, his friends, Grandma and Grandpa, and even the girl he likes.

I remember my mom saying, "Some things I just don't want to know." I think I know what she meant now.
Posted by An Apel a Day at 2:12 PM 6 comments:

Travis told Isaak if he was gentle he could get close to honey bees, and bumble bees. He knows that it's he's disruptive to them he can get stung. He did get stung on the hand a few weeks ago from a wasp. It was flying up by his head, Isaak swatted at it, and it stung him.

Isaak is fascinated with the honey bees, and bumble bees. He goes right up to them and pets them. He's done it several times. So far he hasn't gotten stung. I guess if he does he'll leave them alone.

Until then he's our bee charmer. 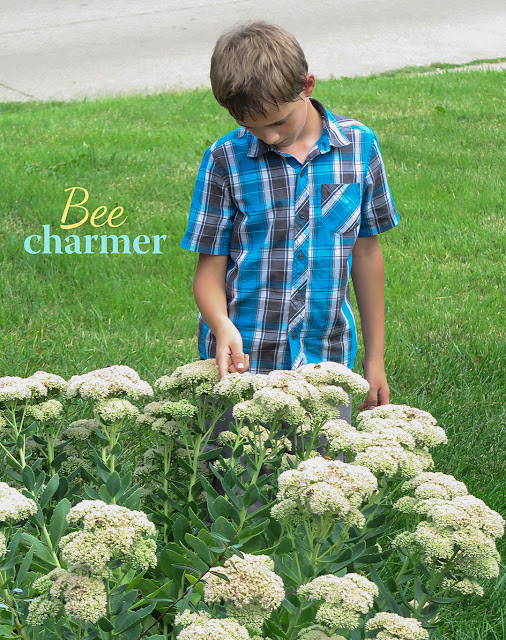 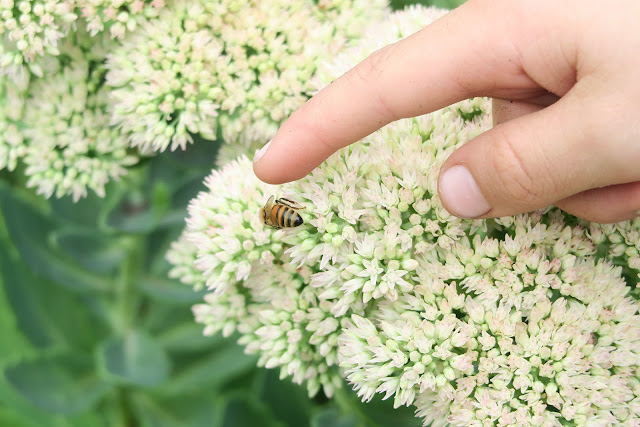 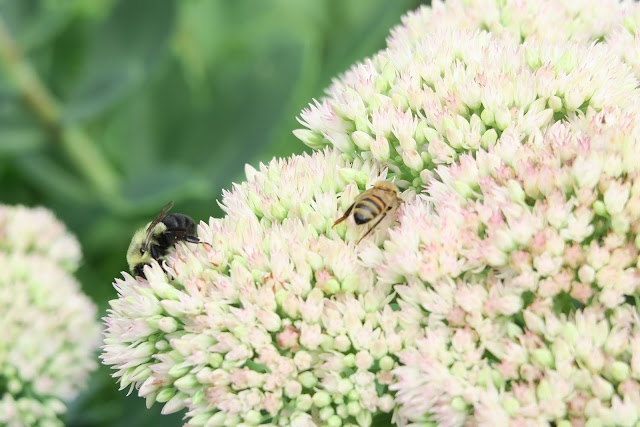 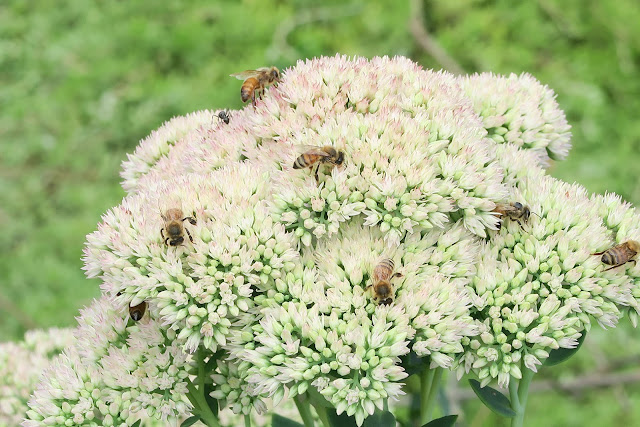 Mica has been talking about Halloween since Easter was over. He wanted to be Thomas Jefferson, then changed his mind to Captain America after watching a Captain America movie. He has very diverse taste. 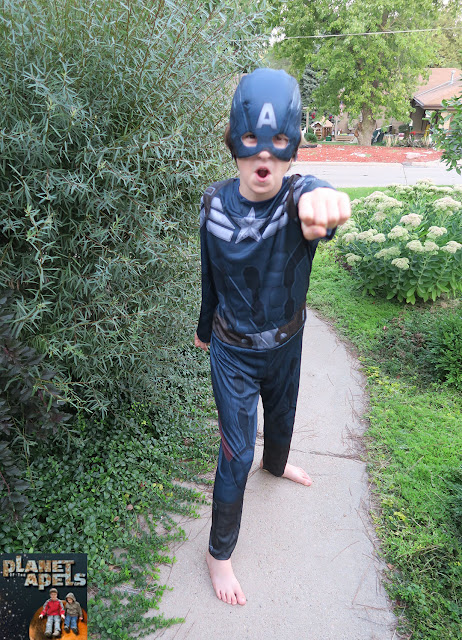 My boys always get good use out of their costumes. Our library has a few superhero events, and so did the Y when we belonged to that.

Kids come over to play, and end up dressing up as something from the big bin we have a costumes.

Mica can see through the eye holes really well. With a lot of costumes there's a problem with kids being able to see. We will have to pin his hair back in places, since it's longer. 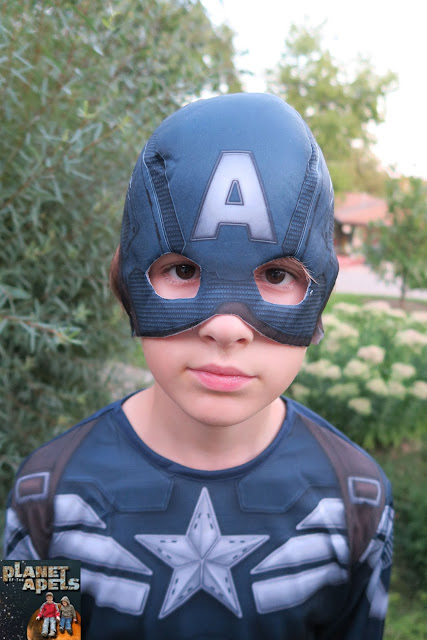 There are a few Captain America costumes to choose from at Costume SuperCenter. Mica was set on this one. It was only $12.99, which is a great price for a costume! The boy is almost out of children sized costumes. He's so tall. The large costume we got fits him perfectly!

It comes in sizes:
Considering that my kids are both tall I do wish that all costume places sold X-Large for the length. Mica just turned 10, so he'll be into Halloween for another year. They do have a teen section, but it's not as diverse as the children's section. 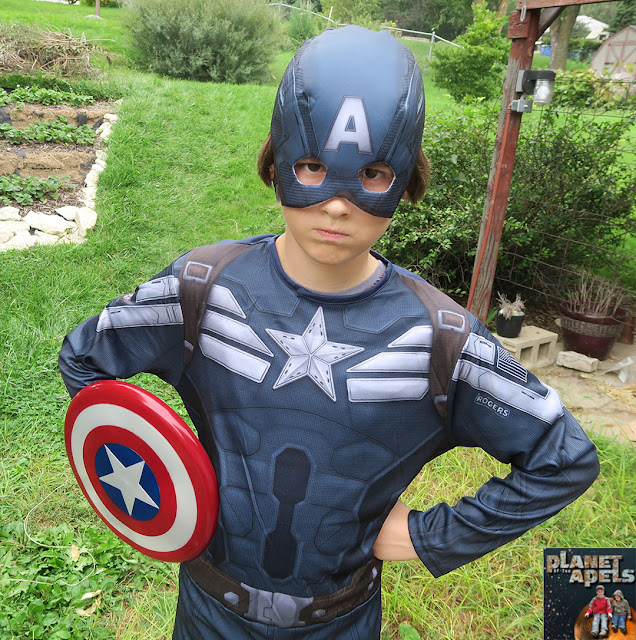 The shield does come separately.

The belt and shoulder straps look pretty realistic. I love the fake stitching they have on them. There's visual texture on everything to. 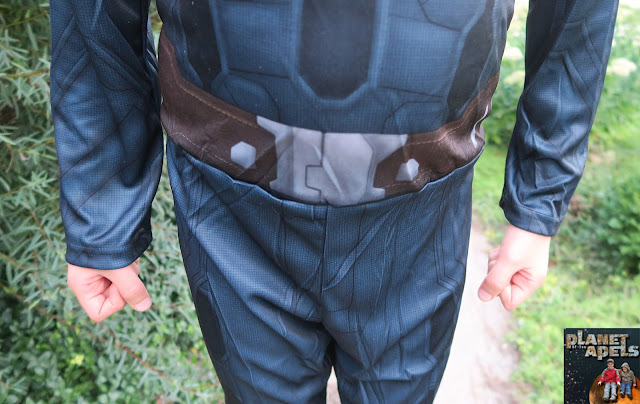 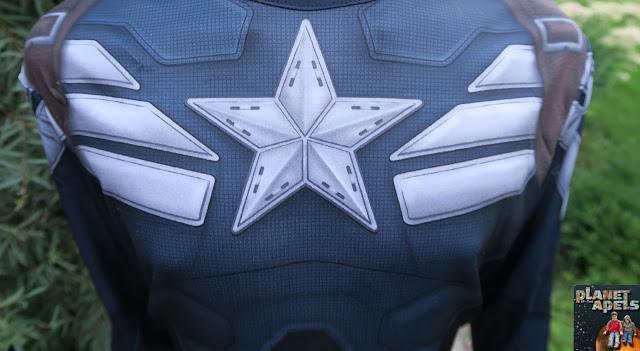 Like Costume SuperCenter on Facebook. They have deals all the time! Really the prices on their site are great. I noticed that they had a Labor Day discount code on their Facebook page. 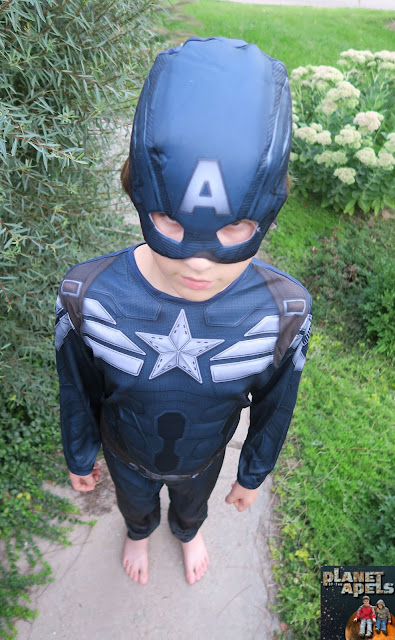 Isaak and I are still in limbo with what we want to be. I know I'll go back to Costume SuperCenter as soon as we decide. Isaak wants to be something scary. He says that being scary is what Halloween is about. I like to be clever with my costumes. Since I work at an art school, I feel like I must out top everyone. I feel the pressure. If you have any good ideas, send them my way. In the past I've made my own costumes. I've been the Mexican artist Frida Kahlo with a uni brow, the artist Vincent Van Gogh with my ear all wrapped up, the other Coraline with button eyes, and a Geisha with a plate of rice crispy sushi for people to eat. I have other ideas, but I'm tired of spending a lot of time making the costumes, and may just buy one this year.

Do you get into Halloween? If so, what do you plan on being?

I received one or more of the products mentioned above for free. Regardless, I only recommend products or services I use personally and believe will be good for my readers.
Posted by An Apel a Day at 10:21 PM 8 comments:

Back to School: 20% Off Any Label Daddy Purchase!

While some are just starting school we're into our 5th week!

Save 20% on Label Daddy labels! Just use the code: USFAMILY20.

I got Isaak Hulk labels. I decided to try out their Camp Pack.

The Camp Pack Comes With:

I'm showing all types of labels. The bag tags have a spot for the phone number that I took off just for this post for privacy reasons. 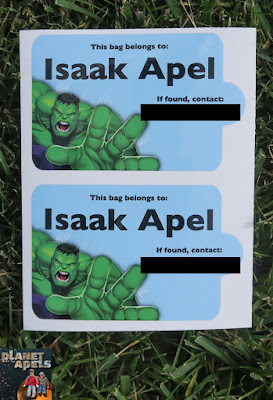 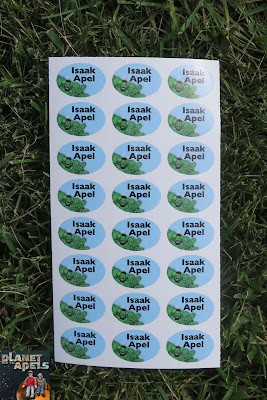 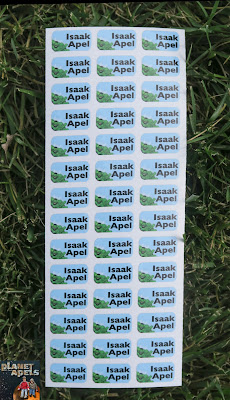 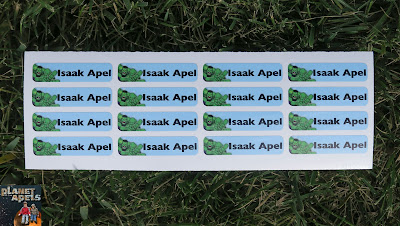 I give my boys their labels in their stockings at Christmas time. The Hulk is Isaak's favorite superhero right now. Well he actually loves Spikeman the most. It's a superhero he came up with.

Label Daddy is the number one solution for labeling your belongings! Remember to label all clothing, sports equipment, electronics, and other personal belongings your kids bring to school, camp, sports leagues, day care, vacation, and other places. Label Daddy labels keep them from getting lost or mixed up with others. These labels are great for adults too! -- Put them on your sunglass/eyeglass case, phone, camera, sports equipment, tablet, e-reader, hats, clothing, and more.

These labels are super durable peel-and-stick washable labels -- they're washer/dryer safe, microwave safe, dishwasher safe and UV resistant! Label Daddy labels are also fun and attractive. You design your own labels! Pick from tons of colors, sizes and logos, including Disney and Marvel characters, MLB, NBA, and NHL team logos, other sport and fun logos, and more. My boys usually end up with superheros. They get their labels for Christmas in their stocking, and use them the following fall. Their exclusive laminated coating gives labels an extra layer of protection and is a must for camp! These labels are made in the USA and shipped directly to you worldwide. 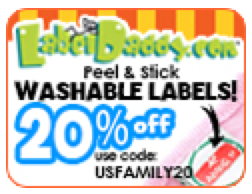 Save 20% on your entire Label Daddy order - this is the best discount available anywhere. Use code USFAMILY20 at checkout. http://www.usfamily20.labeldaddy.com

I received one or more of the products mentioned above for free using USFamilyGuide. Regardless, I only recommend products or services I use personally and believe will be good for my readers.
Posted by An Apel a Day at 10:17 PM 4 comments: