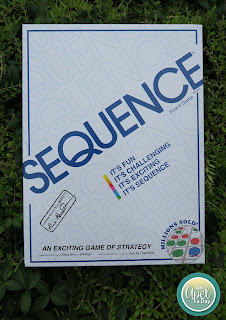 I've never heard of, or played Sequence before. I am a card game lover, and there's lots of cards in this game.

Sequence is my boy's favorite game lately. I've played it five times just today. Once with Mica and Isaak, another time with Isaak, and three times with Travis.

We're making memories for sure. 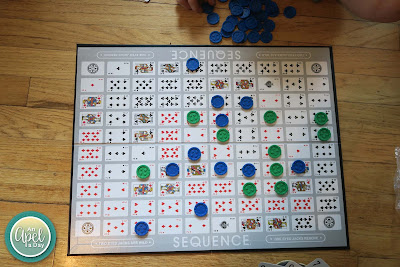 This is for two to twelve players. Ages 7 and up.

Remove the Jokers from the playing cards. Shuffle the cards well!

The amount of cards vary with how many people play. We started with 7 cards. Each player can look at their own cards.

Each player gets a different color of tokens.

We had the youngest go first.

You place a card down on the table that you want to played, then place a colored token in that spot on the board. Your objective is to get 5 tokens in a row.

Jacks are special in this game. The 2 eyed Jack is a WILD Card. You can put a token wherever you want, if you have one of those. The 1 eyed Jack allows you to kick off another player's token.

Once the player lays down a card and a token, they draw a card. 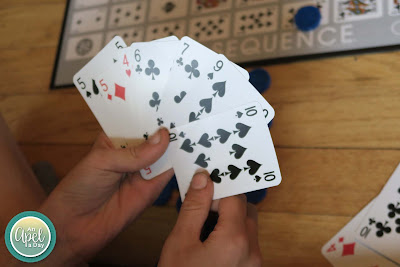 Like I said the objective is to get 5 tokens in a row. That can be horizontal, vertical, or diagonal. 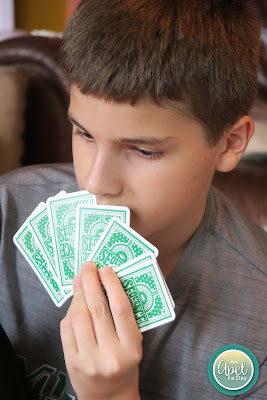 Encourages STEM or STEAM:
Sequence is about pattern recognition, and planning skills. 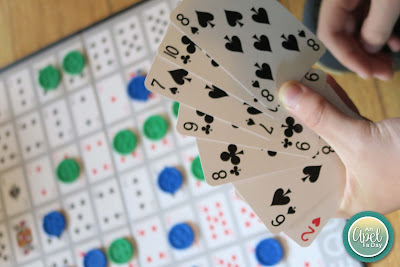 I like this game because it's similar to playing cards, but they changed things up a bit. It's a favorite at our house.

Disclaimer: I got this product for free from Goliath Games | Pressman Toy Company in exchange for an honest review. Pressman did not tell me what to say for this review. All opinions are my own.
Posted by An Apel a Day at 10:05 PM 4 comments:


This year I went with a few vacation photos, and added old Warner Brother characters to it. I figured they'd be perfect for desert land. My co-worker must not be familiar with the desert. She told me I needed cartoon flowers in there. The desert lacks flowers. I agree it could use a bit more, but with the time I have it will have to do. 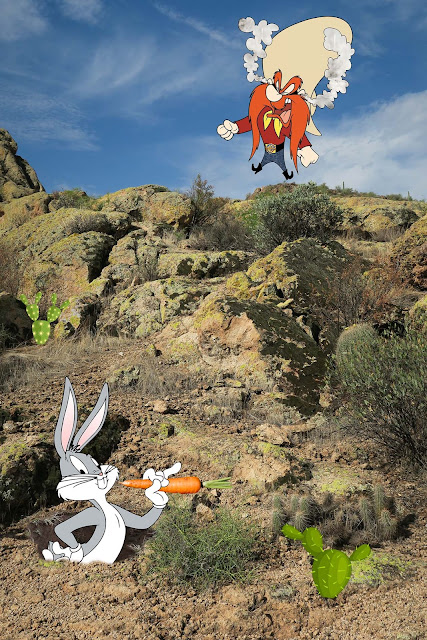 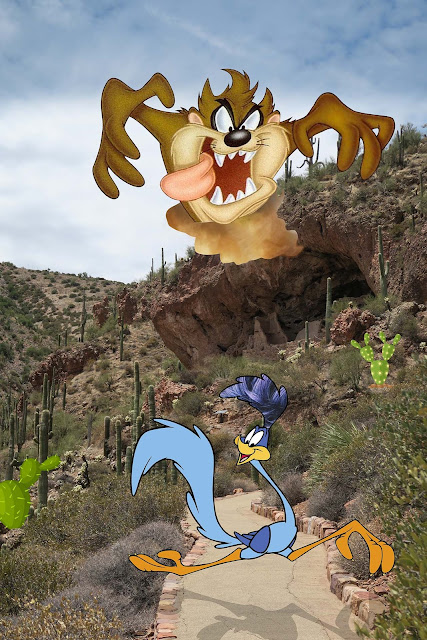 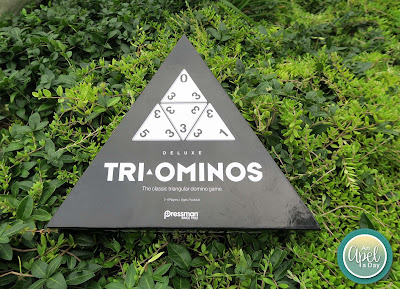 I have never played Tri-Ominos before. I have great memories of playing board games with my family when I was a kid! I do remember playing a Domino Game called Chicken Scratch. This game seemed similar.

Mica and Isaak have some great friends that love game nights. I was hoping to include them in some reviews, but one of them just had brain surgery. Right now the one kid's eyes are bothering him from surgery. We'll soon have them over to play games soon.

Tri-Ominos is a great game for ages 8 and up! With the boys getting older, it's important to find games that are not too elementary. 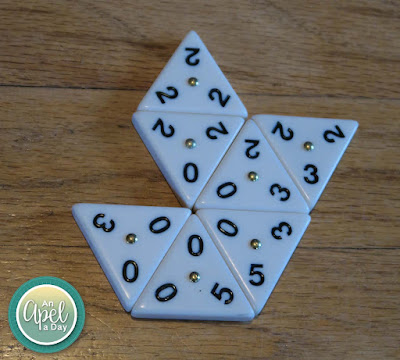 Pick a scorekeeper to write down each player's name, and points throughout the game.

The player with the highest number starts by placing it on the table.

If three of the same number can be can be played, that player earns 10 bonus points.

The Scorekeeper keeps track of the points earned throughout the game.

The first player to get 400 points wins the game. 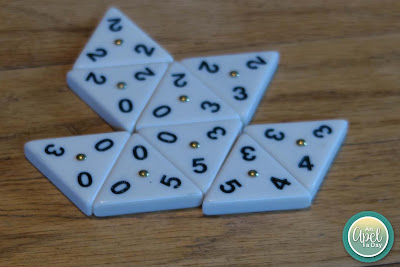 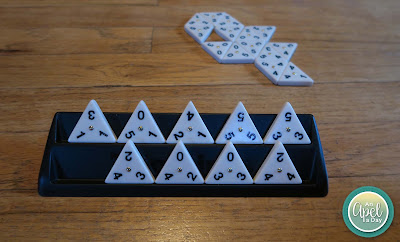 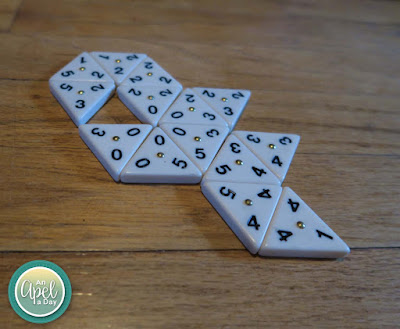 Encourages STEM or STEAM:
The boys liked this game! It was fairly quick. While there is some strategy, some of it's chance - what tiles are picked have to do with their chances of winning.

Have you played Tri Ominos before?

Disclaimer: I got this product for free from  Goliath Games | Pressman Toy Company in exchange for an honest review. Pressman did not tell me what to say for this review. All opinions are my own.
Posted by An Apel a Day at 11:24 AM 2 comments:

WW: B is for Buckeye and Bananas {Linky}

We went to Lauritzen Gardens last weekend. I really liked my "B" shots.

A Buckeye Seed that Isaak found: 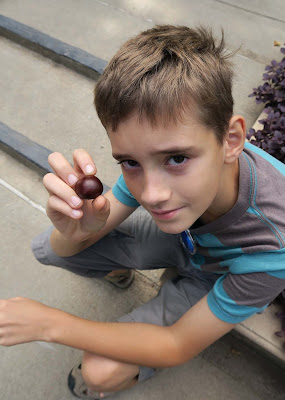 Bananas in their huge green house: 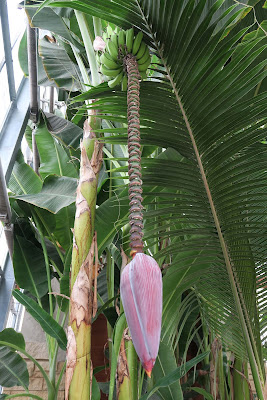 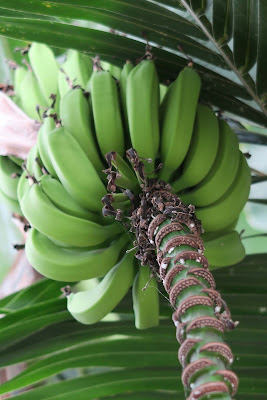 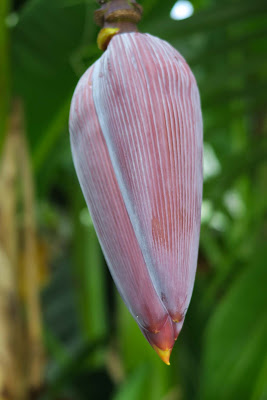 When was the last time you went to a Botanical Garden? 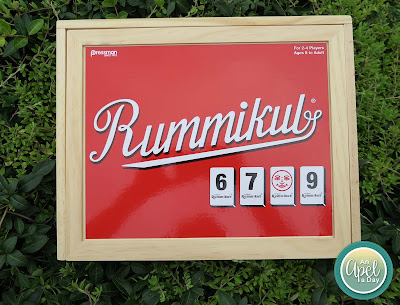 One of my favorite games is Rummikub. I played it a lot growing up at family gatherings. It most certainly brings back memories. My Aunt Becky introduced it to us, and My Grandma that is no longer with us loved to play!

Everyone would sort of get annoyed with me because when I was around 10 (Isaak's age) I'd dismantle the whole game just to try and figure out how to get my tiles played.

I tried to get my kids to enjoy Rummikub like I did. They didn't seem to take to it. Possibly it's because I played so much growing up that I won every single time!

That's until lately! Even though I won most of the time, I taught the kids how to play too. I just played the boys and came in last place! Yep my ego is heartbroken. Ha! I'm just glad they finally learned how to play well enough to kick my butt! 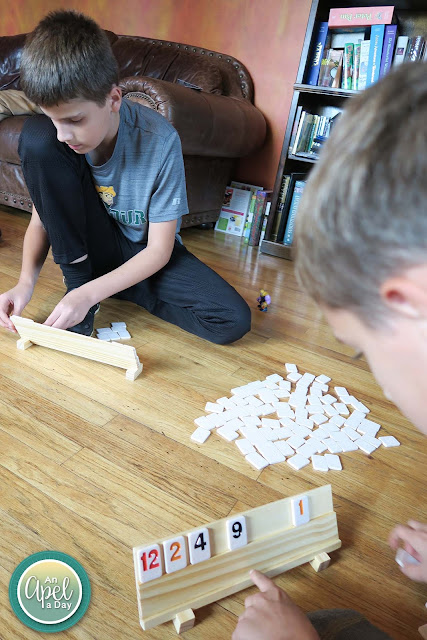 Scramble the tiles up, pick 14 tiles.

Organize the tiles by runs (same color in number order) and three of a kind (same number, different colors). You have to have 3 tiles in both sets and three of a kind to put them on the board. You can have more than three, but not less than three. Don't let your opponent(s) see your tiles.

We play youngest to oldest, but you can draw a tile to see who goes first. Whoever has the highest tile starts the game off.

You can play if your tiles = 30 points. If you have a joker, it can equal any tile, and equals 30 points right away. If not you can not play, draw, and it's the next player's turn. You can not go after you've drawn.

Once you've laid out, and it passes one more round you can lay tiles on other people's runs or three of a kind to equal a four of a kind, You can steel a fourth tile to add to two of your tiles to make another three of a kind, or run. You can split in a run up to play more tiles within it.

Three or four of a kinds have different colors, and more than three tiles. Runs have to have the same color, and at least three tiles. 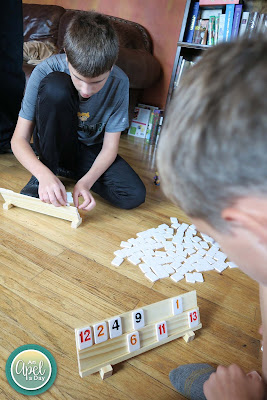 The objective is to get rid of all your tiles. 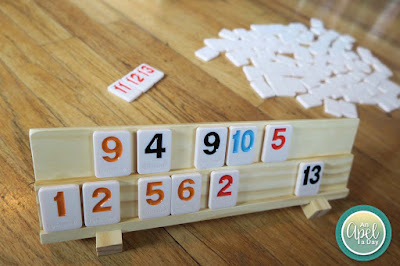 Encourages STEM or STEAM:
Rummikub is about pattern recognition, and planning skills. 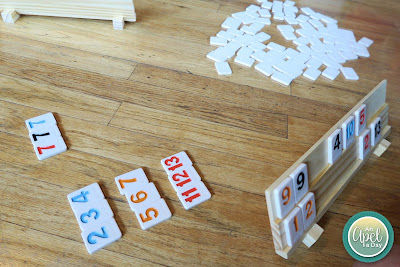 I love this game because it makes the players think!

What's your favorite board game that includes numbers?

Disclaimer: I got this product for free from  Goliath Games | Pressman Toy Company in exchange for an honest review. Pressman did not tell me what to say for this review. All opinions are my own.
Posted by An Apel a Day at 10:16 AM 3 comments: 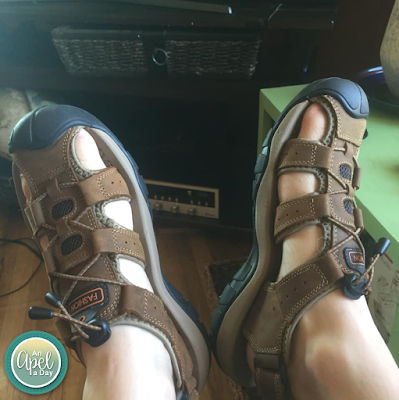 These sandals come in 3 colors:


They are super stylish.

They fit Mica really well. He loves the style of them!

They do have great treads, I love how they can be tightened up with their toggle laces.

You can get them on Amazon for $29.90. Cost does vary base on color and style. 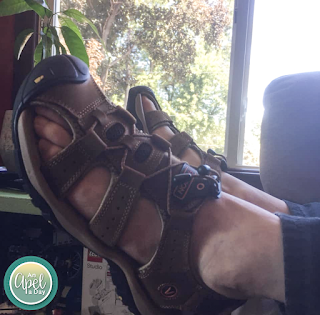 Disclaimer: I got this product for a discounted price in exchange for an honest review. All opinions are my own.
Posted by An Apel a Day at 3:41 PM 2 comments:

I love having suitcase and cosmetic bag options when I travel, or go camping!


This one is really compact! There's two velcro bars that come with it, so it can be split up however it works best with the user. I fit a lot in the main part of the bag.

The pocket up at the top has a velcro as well. It splits apart in two different ways, to reveal 3 different compartments.

One: A Big Mesh Pocket

I just put a few make-up brushes in there. I do kind of wish I had velcro or a zipper to help hold those things in place. They slipped out every time I'd try to get to another pocket behind it. 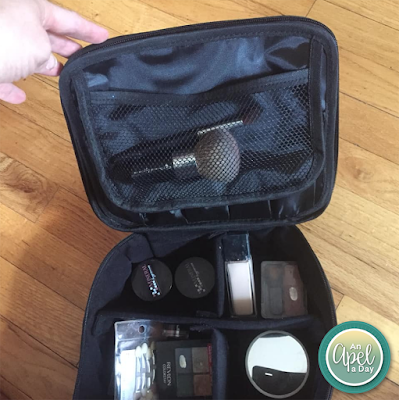 I put a wooden comb in there. I don't really use a comb, but it's just for this review. I mainly have a comb for combing out hair out of a bigger brush I do use. I think Isaak uses it on his hair as well. This pocket is tighter than the first one featured, so nothing would slip out. 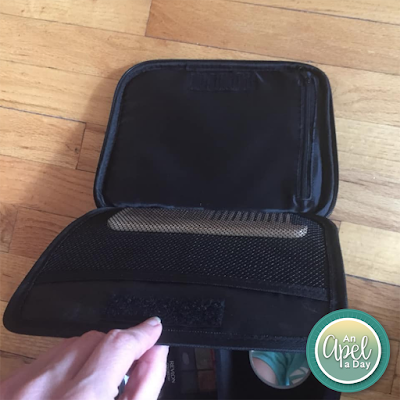 Lipsticks, lip glosses, chapstick, fingernail polish, or even small pill bottles could go in these. I have lipsticks in them right now. 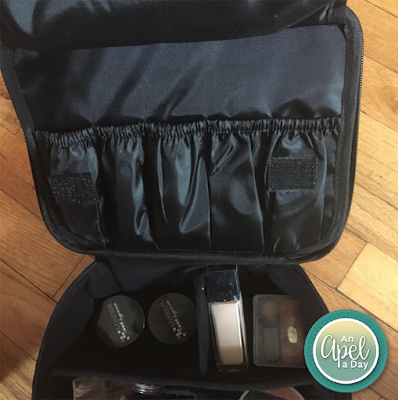 I don't know exactly what I'll use it for to be honest.
What would you use it for?

You can get this travel make-up case on Amazon:

Disclaimer: I got this product for a discount in exchange for an honest review. The company didn't tell me what to say. All the words in this post are my opinion.
Posted by An Apel a Day at 9:51 PM 2 comments: