I only had a few months to look for work during the summer time. Even then, the school I work for had me sign that contract, for the fall almost as soon as the summertime hit.

It was really hard to move in any direction, but straight.

We were told that we could work from home late March. Online classes were hard. I think I could get used to them, but it was different from what I developed before. I stayed up until 10 almost every night during finals time; working on tests.

Yesterday we had a staff meeting. It was just a few of us. My boss said that enrollment was already low, and got impossible when COVID-19 hit. They decided to close the school down, for this incoming class. Along with that went the full time instructors.

Was I surprised? Not really.

Was I panicked? Certainly! I had a bite of a job before COVID-19 hit. Well I emailed them again, and they picked someone else. I felt so good about that interview. To be honest I was more mad at them, than getting laid off. I really wanted that job. The person that interviewed me said she'd let me know as soon as a decision was made. They majorly dragged their feet in deciding. Now I'm stabbing at anything trying to get something. During a pandemic it's not really the time to be picky.

I just paid a $1,000 bill for Travis' endoscopy, Travis needs a crown, and I paid our mortgage bill.

I have tons of stuff on my work computer, because I've had it for ages. I don't have any of the Adobe Suit on my home laptop. Scrabble time!

Even though I'm sad, I'm most concerned about Isaak. There's days now where he just wants to lay in bed. Granted he's been going to bed late, but he seems depressed. I don't know what to do. It's not like I can drop everything to spend time with him. I'm applying to places.

If you don't see me much, it's because I'm on the hunt. The job hunt. Who knows maybe I will have to let off steam, and blog. Then you have to listen to me rant. Ha! Please be safe! Our hospitals here are filling up fast, since things have opened up. I love my blogger friends. I don't want to kiss you, but I love your comments, and friendship!

Isaak came to me all excited to try something new. He wanted to have me take a pan photo, but he'd or I would quickly move to get more than one of us.

Here's the results. They aren't perfect, but certainly a fun idea! 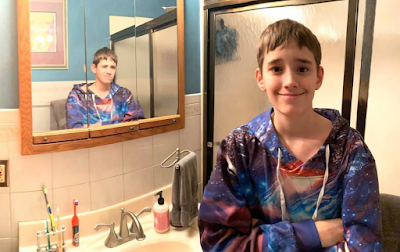 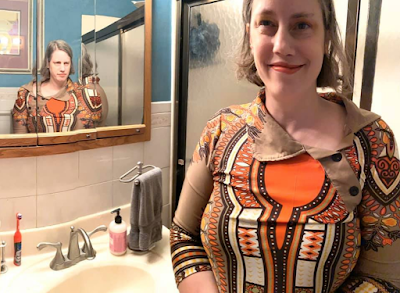 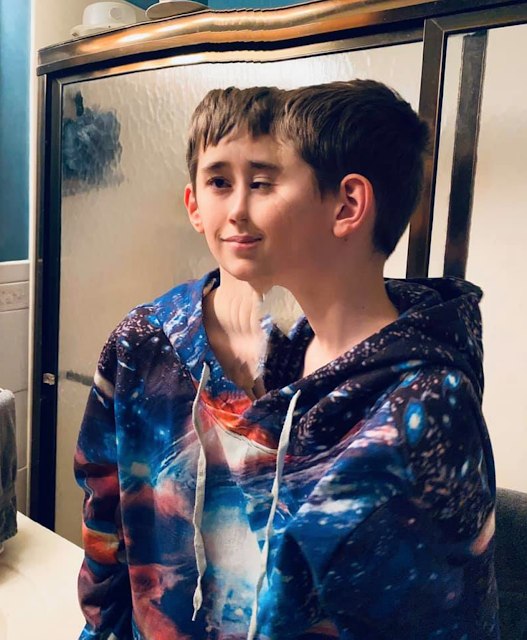 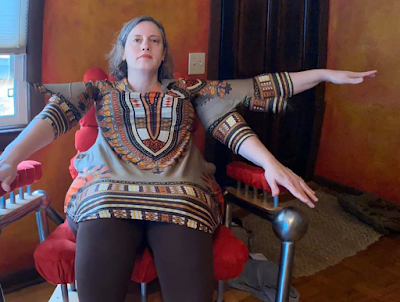 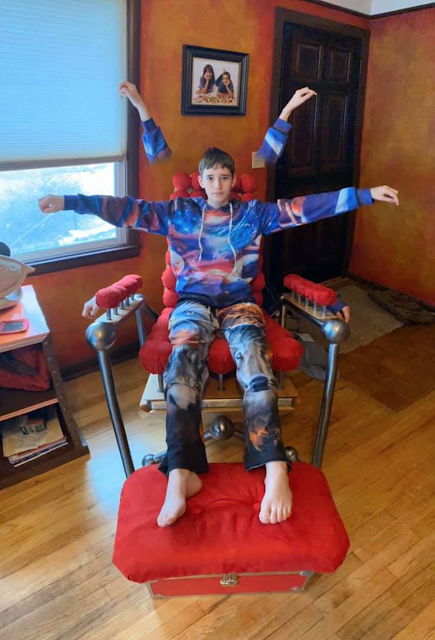 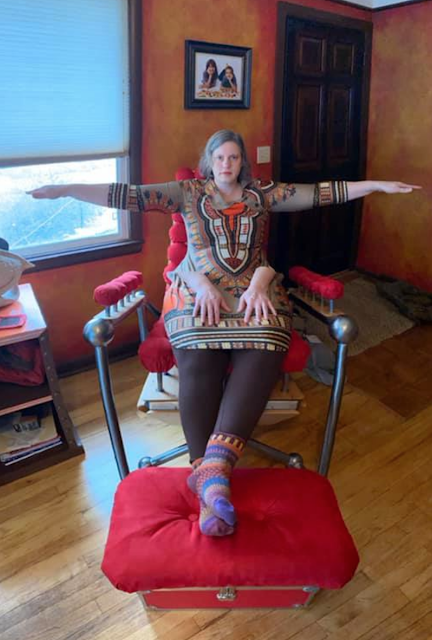 Have you ever tried camera effects?

Not too long ago, I was told I'm going to be an aunt again. My nieces and nephew's call me Aunt Lissy. I'm excited to have a niece after many years. I have only one other niece, and she's around the age of 26. I start to loose track, once a person goes past the age of 10. She was born when I was in college, so I think I have her age right. Margaret will be born late August. She'll have 4 brothers. Help her! Ha!

Along with the excitement of having a new girl in the family, I have new products to review. One, is a puzzle set for Miss Margaret. I hope she finds it to build her fine motor skills well. 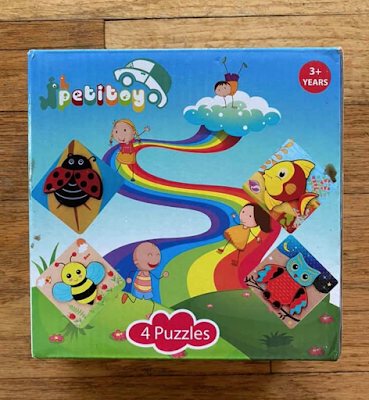 Mica got into puzzles well before age 3. It probably depends on the child.

What the Set Comes With: 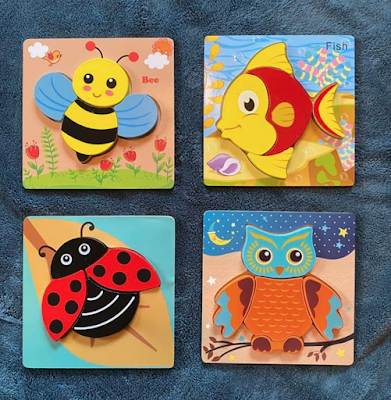 Olivia the Owl is my favorite. They aren't named, but I named them. 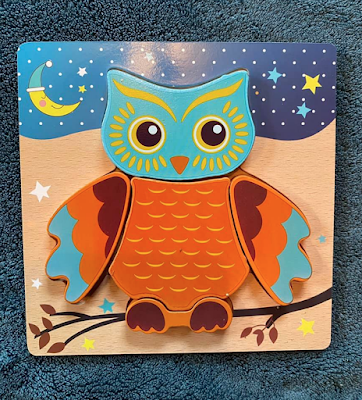 I love bees because they are cute, and if you leave them alone they aren't a threat. I called his one Bella Bee. 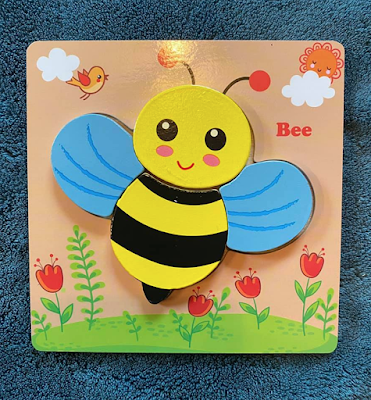 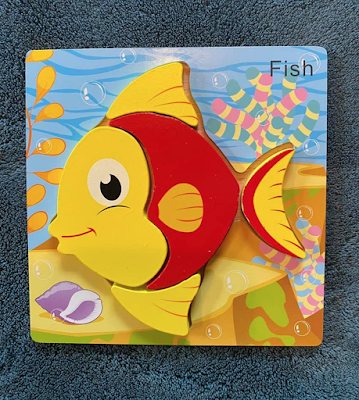 I like this one just about as much as the fish, but I have to be honest here - the background totally peeled up. It's like it wasn't even glued down. If a 3 year old kid got ahold of that, it would be a goner. It's cute, but give me a held up product! I will probably paint Elmer's glue on it, and place it myself. I called his one Lizzy Lady. 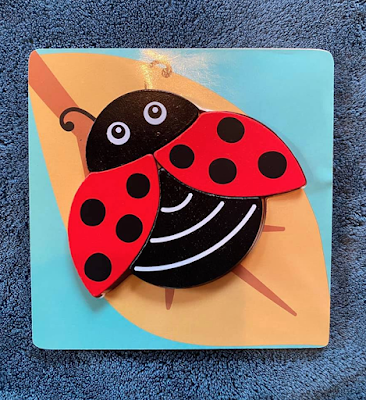 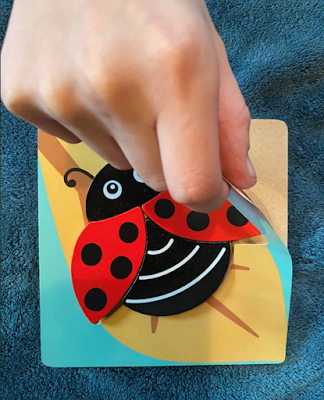 The bag isn't a quality bag, but it's handy. What little kid doesn't like to carry stuff around, and pretend to go on a nowhere trip? I can't think of one. Isaak always packed to go nowhere. All the puzzles fit inside. 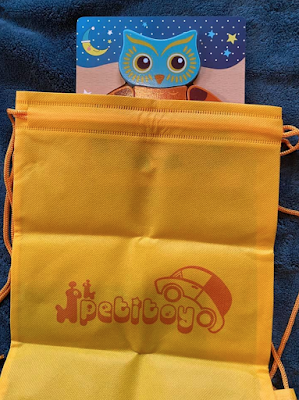 Which puzzle is your favorite?

Disclaimer: I got this product for free in exchange for an honest review. All opinions and words are my own.
Posted by An Apel a Day at 2:27 PM 3 comments: