This last weekend we watched Rudolf the Red-Nosed Reindeer and Frosty the Snowman. 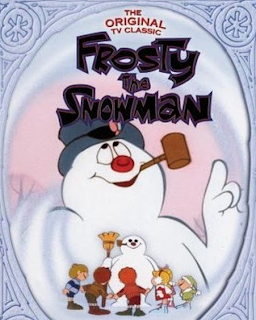 The next day Isaak wrote yet another letter. He asked me, "Is there such a thing as magic Mom?" I said, "That depends on who you ask. Magic is visual tricks." He said, "Is Santa magical?" I said, "I suppose so."

The next thing I knew he had a letter asking if Santa could make him his own Frosty the Snowman?

I said, "Isaak I don't think Santa can do that."

What should I do in this situation?

One thought is: Santa could leave a letter telling Isaak he made one, but that Frosty had to come back with him because he'd melt here. I thought he could leave some magic saw dust from the Elve's workshop.

I could Photoshop Frosty into our living room, and get it printed in a photograph.

Tough one. I think I might have said something like that Frosty can only live at the North Pole because he's made of magic snow? Ugh!

'tis the season to go above and beyond and I love your idea! :)

I don't know either. My seven year old asked Santa to bring him a Wall E that is real. Sigh.

I just gave my Grandson a movie about a snowman. Not sure if he has watched it yet.

I love your idea's...
Broxton watched it too...
He has a stuffed Frosty, that we got for review from Build a Bear... He knows that Frosty can't be real here, but he has the play one and is fine with that...

I like the photoshop idea. Kind of like the I caught santa idea that's been going around. Just tell them it was too hot for Frosty to stick around, so here's a pic from his visit. How fun!