Last weekend I went to visit my cousin that just had a baby girl. There are so many boys, it's nice to hold a girl for once. 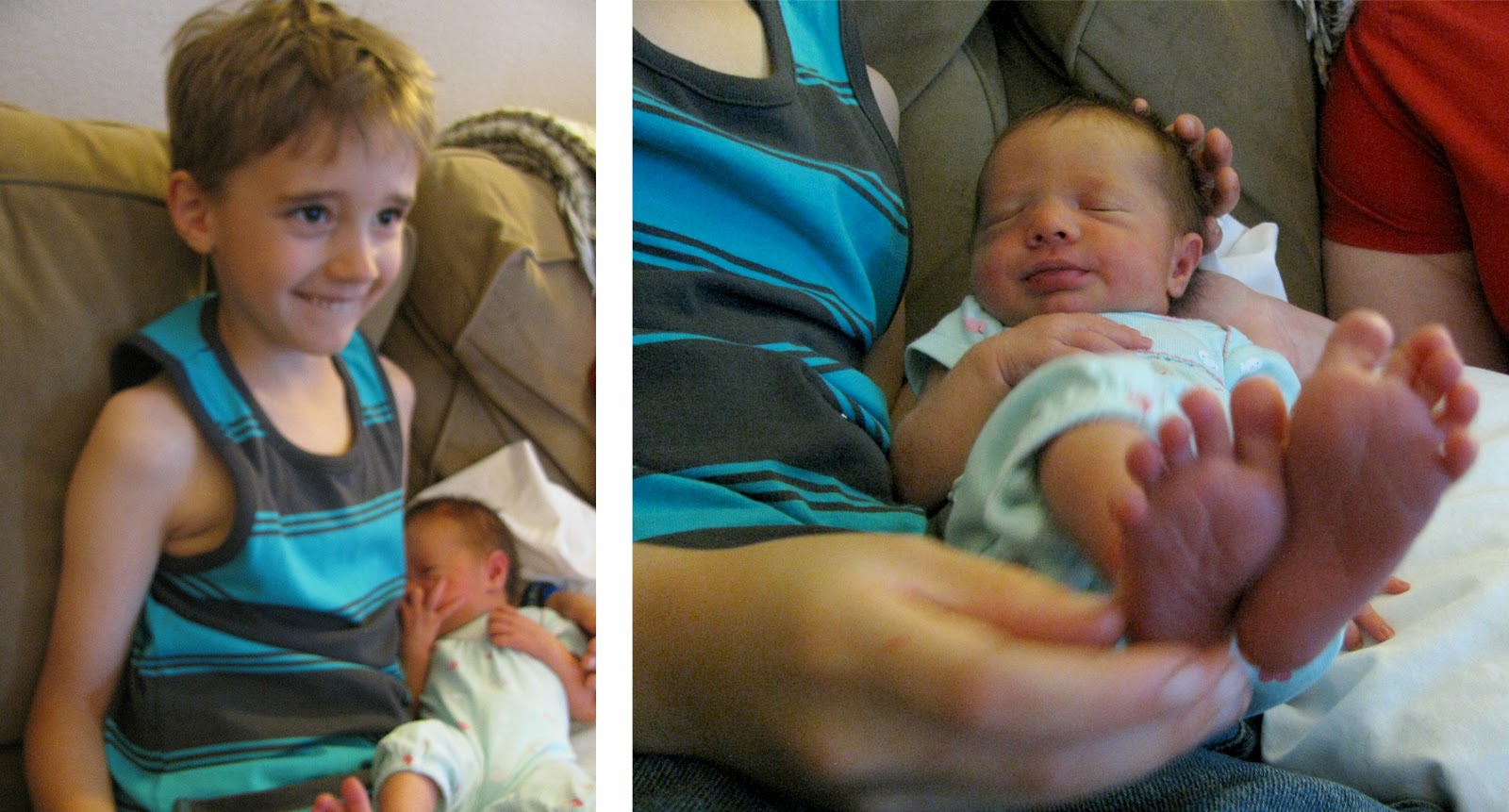 Mica used to be awkward around babies. Now he loves them. The problem with that evening was that when the baby was handed to him she was doing this: 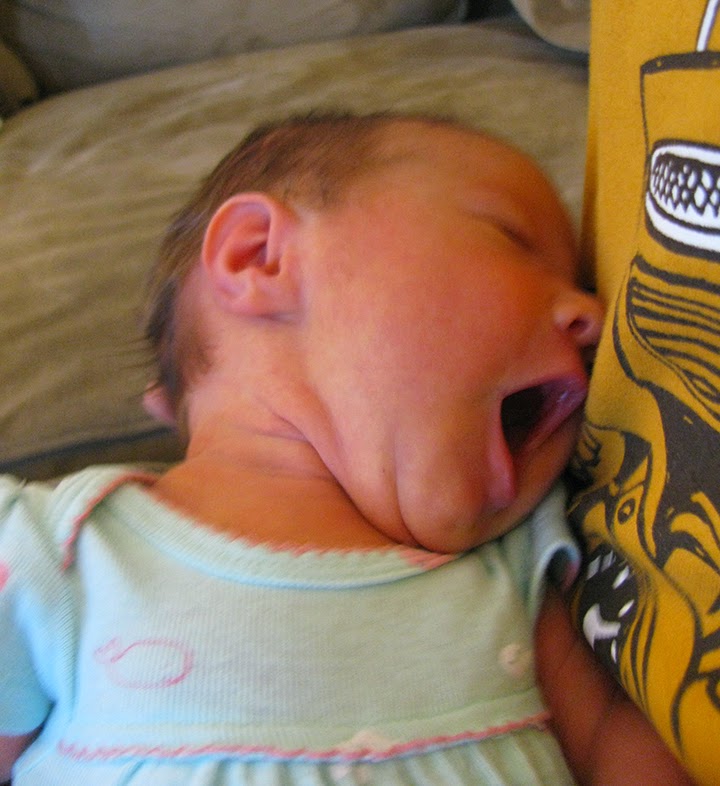 She was certainly hungry. LOL For her size she eats just fine. She was only 5 pounds something at birth. Coming from a Mom (ME) that had major troubles with breastfeeding in the beginning, this is a success! She looks like she latches great!

Instead Mica read Thomas books to my cousin's son.

This little guy has an obsession with ears. He kept playing with Mica's eat. Mica was thinking, What the heck?

I got my baby fix to. Can you tell I like babies? 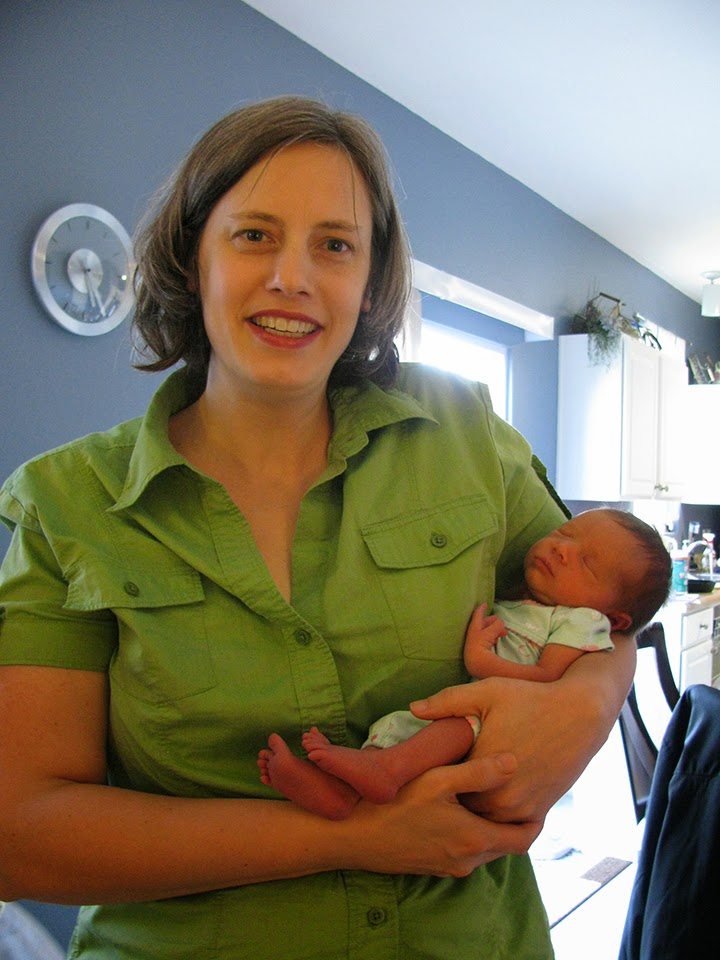 My cousin had a scare. The baby had a clogged tear duct. I know that's common. Her pediatrician didn't know that, that is what she had. Off to the NICU she went. They did an expensive scan before a doctor there even saw her. The doctor came in, popped it, and the fluid drained. Now I'm sure they will get a lovely expensive bill in the mail.

*An update on my soon to be nephew: My sister still hasn't had him. She'll get induced next week; if he isn't here yet. It's a good thing that he's not here just yet. My nephew Emerson has strep throat, so we think. They didn't do a culture because he throws up a lot. He sure did have the symptoms. The new baby Edison can hibernate a little bit longer. I just hope my sister Terra doesn't get strep throat! Imagine delivering, and being sick to.
Posted by An Apel a Day at 4:01 PM

I love getting my fix with OTHER people's babies. Lucky for me, my sisters in law keep popping out babies, so I am getting my fix.

What a lovely baby. I am glad to hear she is all better.

Ahhhh so adorable!! A few of my friends just gave birth and I'm getting all warm and fuzzy holding babies again :)

All the best to your sis in her delivery too. Praying she won't get sick as it certainly is not fun to be ill when giving birth I imagine!

I love babies too - but then I hear "tick tock tick tock" and I wonder - do I REALLY want another ?

I was gone all the time when my kids were babies. I'm sorry I missed it. My mother in law stayed with us when I was in the field though, so my wife wasn't completely abandoned.

What a sweet baby!!! I love babies too. I'd have had a whole bunch of 'em if I could have. Hubby said four was enough. ;)

Babies are nice when you can give them back to the owner when you're done playing with them! :)

Love the pics, A! I laughed out loud at the one the baby was trying to latch on to Mica. So cute!

What a beautiful baby. My kids were as tiny as she is. I lke seeing the cute pictures of the boys holding her!
Congrats to all.
twinkle at optonline dot net

I love babies too! Just when I can hand them back to mom and go about my day when I am done. Looks like the boys are smitten with their new cousin!