This time I'm going to talk about the times that I've passed out. Thankfully it's been 9 years since that's happened. If you've never passed out it feels a bit like waking up, and feeling like you don't know where you are. The time span seems like it was forever long.

Here folks was the boy's changing table made out of an old desk. It did work perfect because the whole was perfect for the boy's hamper. 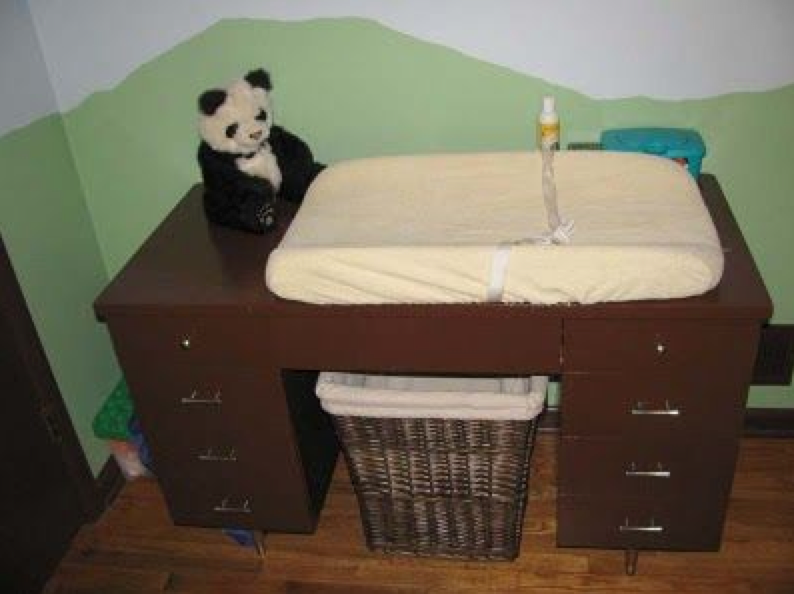 Email ThisBlogThis!Share to TwitterShare to FacebookShare to Pinterest
Labels: fainting, passing out, random

I once passed out in a Mexican restaurant. I felt sick to my stomach after eating, and was on my way to the bathroom and passed out cold. I woke up to paramedics being called. They did an EKG and such and never did figure out why it happened. Thankfully, it has not happened since.

Passing out is scary. I Have passed out twice - in crowds.

I've only passed out once, after a car accident with my mother when I was 10. Considering that I had a broken arm, cracked jaw, and a goodly number of my teeth were embedded in the dash (this was before the days of seat belts, let alone seat belt laws) I think I was justified.

I have never fully passed out, but came close several times when I was pregnant with Mariah. I had terrible morning sickness with her, and working on my feet full time didn't help. I remember someone handing me money to pay for some books and then everything went black. I put my head on the counter and had to try for about a minute to see what denomination the bill was that was handed to me. It was scary!

I very seldom pass out. One time I completely passed out when I ate something at a restaurant. The next day all of us that ate there were sick. I passed out on the floor and bit my tongue.

I don't think I have ever passed out...
I love that changing table. I wish I had a desk like that now.

I have never passed out unintentionally. Though when I was a kid, I can't even remember what grade, I had a friend who used to spin us around and then grab us around the middle and squeeze. We'd pass out for a few seconds. For some reason we thought that was cool. How odd, lol. Haven't thought of it or the girl in years!