My parents had their 45th wedding anniversary this weekend. My oldest sister said, "I need your help cutting some bushes. I'll fix you dinner."

Then we all surprised them by having dinner.

We even invited my Grandpa, and Aunt Becky (which both come to a lot of events). We all parked a ways away, so they couldn't tell we were there.


The boys hid in the hallway to jump out at them. My Mom had Polio, so they don't walk super fast up the steps. The boys were like, "Come on Grandma and Grandpa!" 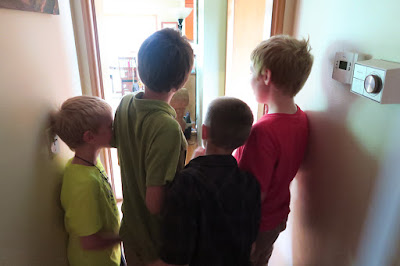 They were surprised. My Dad said, "Man I wore crappy clothes because I thought I was doing yard work." 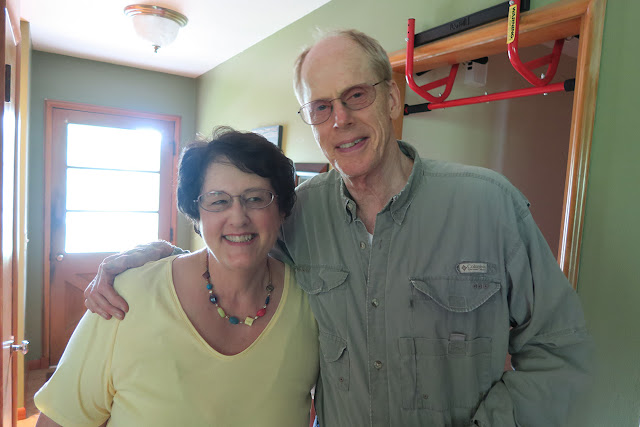 Even the youngest in the clan was in on the surprise. 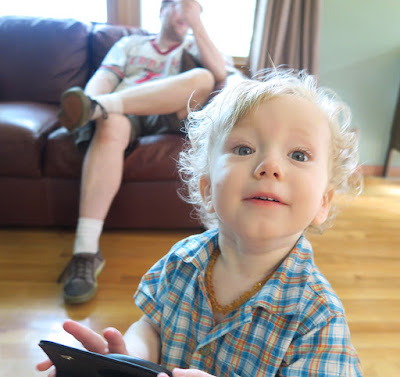 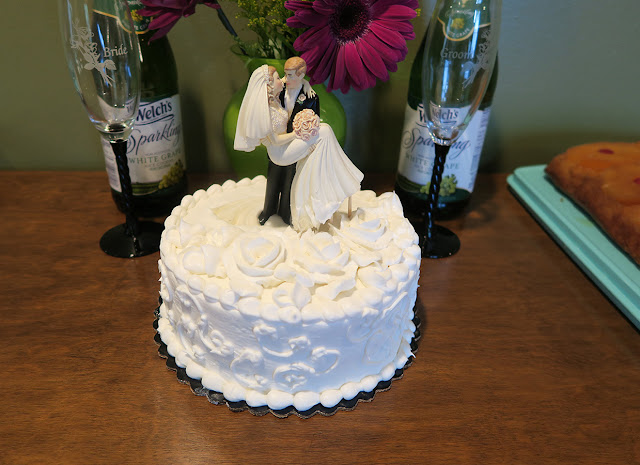 Everyone seemed to have fun. The bigger boys kept busy. I had to laugh because I went outside to pack the car up, and there they all were. They looked like they were getting ready to play football. 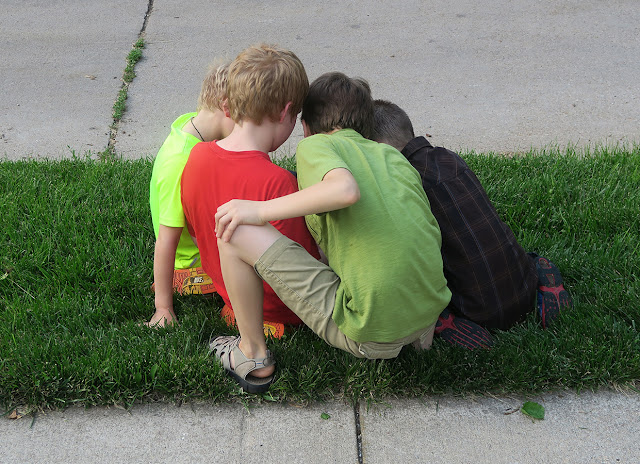 Upon further investigation I saw that they were huddled around their cousin Evan who was playing a Jurassic Park game. 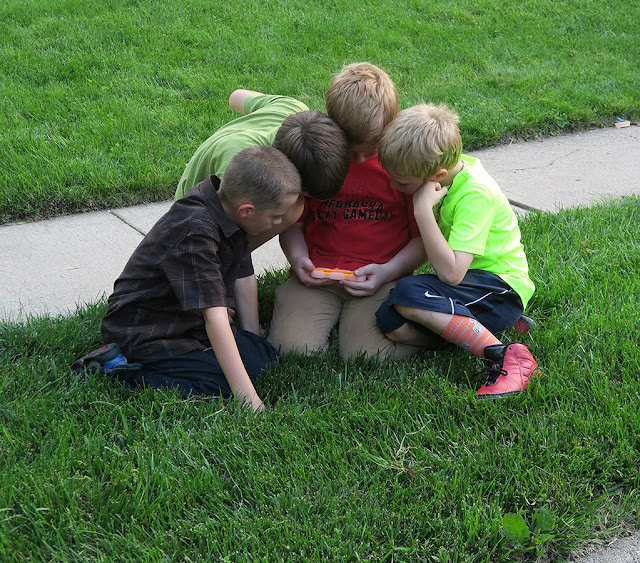 Have you even been part of a surprise party?

No, I've never been part of a surprise party but that one sounds fun. Isn't your birthday coming up, or am I off there. Seems like it was.

Happy Anniversary to your parents. 45 years is a long time.

Happy Anniversary! I giggled at your Dad's comment on how he was dressed.

awe, I am so glad that they were surprised :)
How fun!!!
Hope it was a great one ;)
We did a surprise party for my mom years ago.. and one for my dad years ago too. it is always fun when you pull it off

What a wonderful surprise for your parents 45th Anniversary. Looks like a fun day for sure!
twinkle at optonline dot net

That's so sweet you all got together for the surprise! We went to a surprise party last year for my niece's husband. I don't think he was too thrilled with the surprise though lol.

Happy anniversary to your parents! Here's wishing them many more years together. That's a pretty cake.

Happy 45th Anniversary to your parents. Mine celebrated their 50th last year. It wasn't a surprise - we all went out to eat. They aren't too big on surprises. Years ago I was part of a surprise party at some point - they are fun!

Aw that was a nice surprise. Happy Anniversary to them!

surprise party is always fun, especially as you have to wait to actually surprise the person. Love the cake...

Awww.... what a fun surprise for your parents. I love doing things like that.