The Case of the Grumps

I've always heard about people being grumpy this time of year, and never really got it. It's a happy time of giving.

This is the first year I have the case of the grumps. I'm not trying to get people down. I just haven't been feeling the cheer.

While I know I should be focusing on the positive, I'm grumpy.

I was trying to reflect why I'm grumpy. I'm trying to switch everything I feel around to being a positive, instead of a negative. 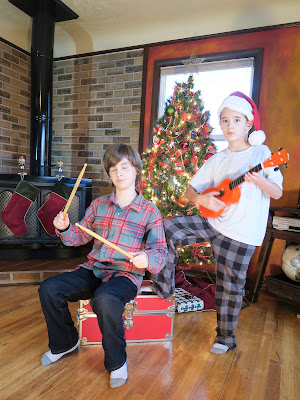 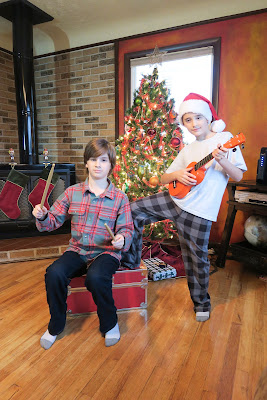 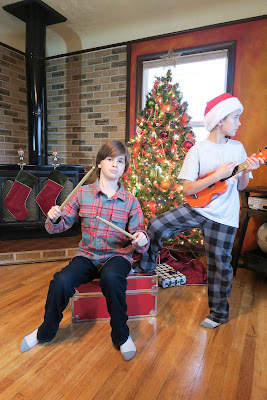 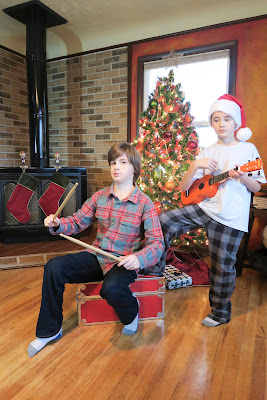 When I asked Travis for help with the boys he said, "I don't think they want to do this. It's your thing." I'm sure the writing on the back will be the same way. Never mind the fact that the cards get sent to his family and friends to.

*I'm thankful that I did get a few photos to work with. There is a drum in front of Mica. This is almost done. I'll share tomorrow. I still have the writing on the back to do.

*At least my family is fairly open minded about food most of the time.

I know what you mean... it's been a bit of a struggle here too. I need to get the tree up, but really have no desire. It makes me so sad that I feel that way this year

Life's a trade off, isn't it. Always some good and some bad, but not often just one or the other.

Most of the responsibility for Christmas falls on the woman in a family. I'm sure that's making it harder on you. But I've been reading your blog a long time now, and I am impressed with you. I think you do a super job.

You know me. Lacking tact, I'd say so if I didn't think you were a great mom and wife.

I went through a bad grumpy phase before Thanksgiving, but I think it was because I'm depressed. I'm alone most of the time, but that's the way I like it. Besides, I shouldn't say I'm alone because I have my two pups who love me. I hope you don't feel you HAVE to send out photos and cards. As I get older, I have fewer "have tos" in my life. I'm happier without have to.

I am usually happy this time of year as well, but I've also developed a case of the grumps. I am thankful that the snow and ice have all melted here. I hope it stays that way!

I love your strategy to remove the grumpies. I think it's a splendid idea. :)

I know what you mean about the grumps. I get them when I think about all the stuff that I have to do this holiday. I do love your strategy though, it's all in the way you think about things.

Well the breakfast looked yummy. I would've tried it too! It is so frustrating when you put the work into making something new and it flops.

is it snowy already there? It's great that you feel grateful for everything you have :). I sometimes become easily grumpy as well, especially with the work stress but now switching negative energy into the positive one is managable and I'm grateful for that..

I get grumpy this time of year too. I think it is due to the colder weather and less daylight. I'm also more tired in the winter too. I'm glad you were able to find some positive things! It is important to focus on the positive. Have a great week!

I am kind of with you on the grumps this year. The Christmas season really snuck up on me fast this year and I just am not ready for it.

Just call me Scrooge. Christmas is no fun without kids in the house

It's good to read I'm not the only one. I'm not grumpy but certainly lacking in the holiday spirit and it's almost Christmas so no hope for me to find it. Hoping the New Year brings a refreshed spirit and keeping my chin up!