I'm friends with one of my first students on facebook. Once upon a time she made a Cauliflower Pizza Crust. I've been wanting to try it for the longest time. I thought for sure my boys would knock it down. Travis took liberties to make something new the other night. I figured...Now is my chance. If he gets on me about trying something odd, I can remind him about what he made.

I had no idea where my student's recipe went, so I looked into cyberspace to find one. 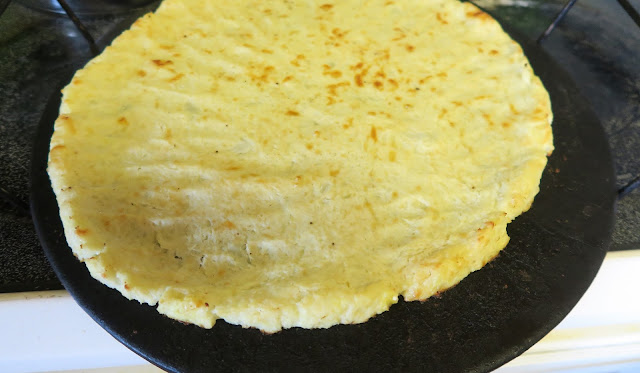 The toppings can be whatever you want. I used 1 1/2 cans tomato sauce, caramelized onions and peppers from our garden, pepperoni because the boys love it, a few garlic cloves, mozzarella to cover the top, and basil from our garden.

I could see making this many ways though. It kind of takes on whatever flavor the toppings are. 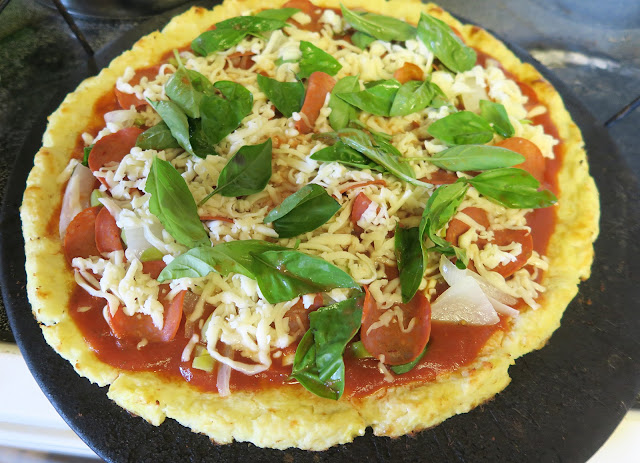 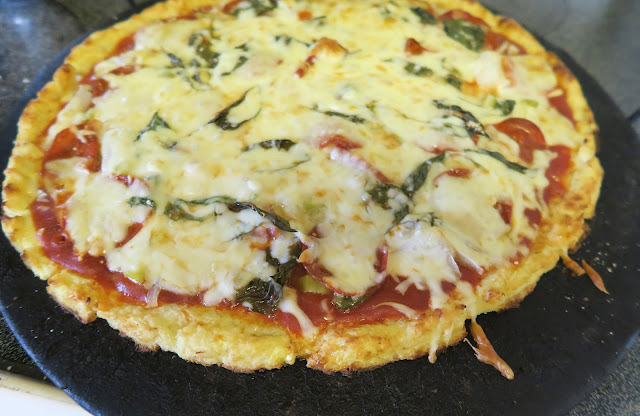 Why a cauliflower crust?

For me it's just a healthier way to eat. If someone is gluten free this would be great for them!

The only downfalls are that it's harder to scoop up. It's softer than normal pizza crust. It also has a lot of cheese in it. I could have had less cheese on top, but Travis loaded it on. I also like Greek Style Pizza, which has less cheese and uses feta cheese.

It does seem much healthier than normal pizza crust! I want to try making cauliflower rice one day ;p

This sounds so good! I am a huge cauliflower fan, so I can't wait to try this!

This is how my daughter-in-law makes her pizza crust. Did the kids like it?

I have never tried it. But I do like cauliflower.

I love cauliflower and this sounds so good. Yum.

That's definitely different. Can't say I've heard of pizza crust made with cauliflower before. May just have to give it a try.

I really enjoy cauliflower! This look like a terrific recipe to try.
twinkle at optonline dot net