It's been awhile, since we've been to Lincoln, Nebraska. It was back with the last big women's march happened because it happened right in front of us. Sometimes I don't know where I am. I just learn about those important things after the fact, or in that case during the event.


Many of you haven't been to Lincoln I'm sure. It's an hour from Omaha. It's the capitol of Nebraska. While I'm not into politics, the capitol of every state is usually super pretty! They have all the Husker games there. I'm not into football either. I do like their museums, and art scene.

We spent most of our time in the Nebraska History Museum, which was so cool + it was free!

They had a display of really old puppets. Some may call them creepy, but I liked them. 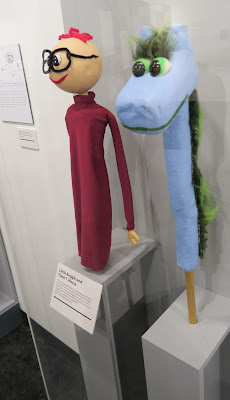 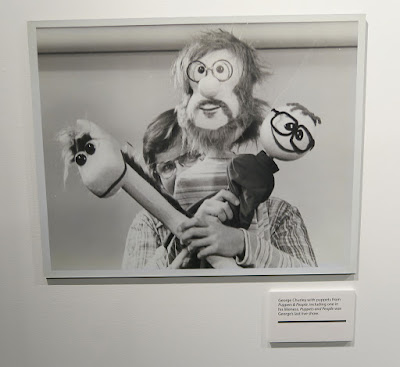 He was my favorite puppet. 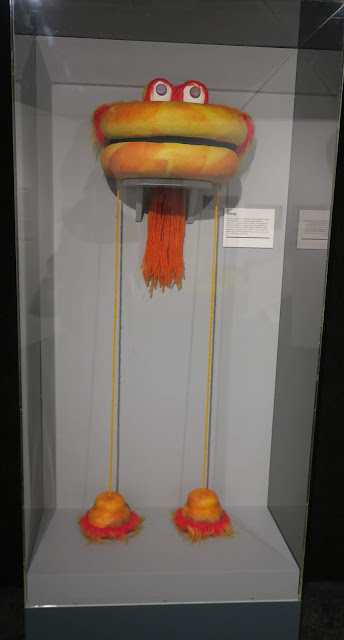 She was in the puppet show. She had crazy interesting hair! 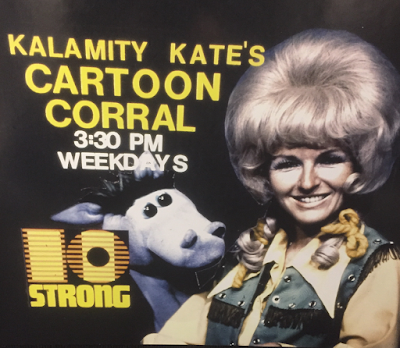 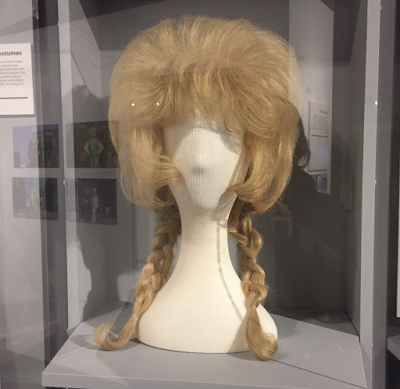 There were president sculptures there. No Bush Jr., Obama, or Trump there yet. Who's your favorite president? 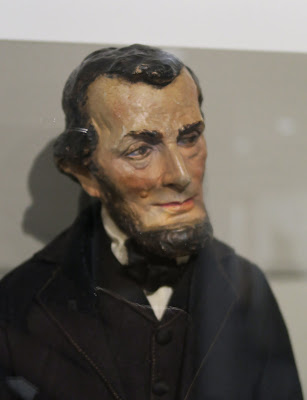 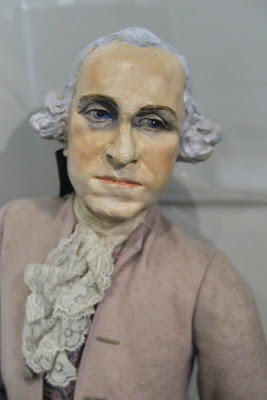 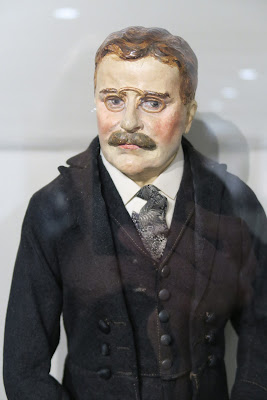 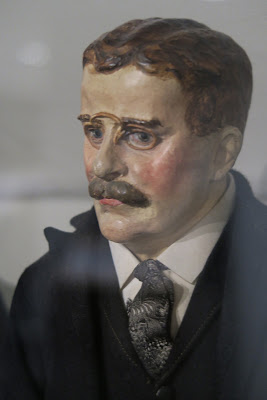 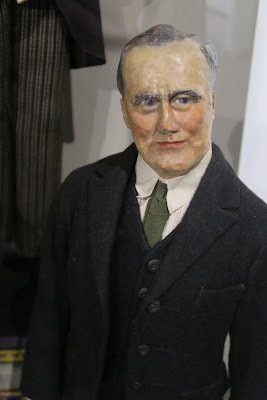 They had old clothing on display. I wish we'd go back to dresses and bonnets. 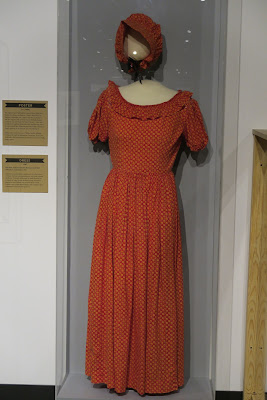 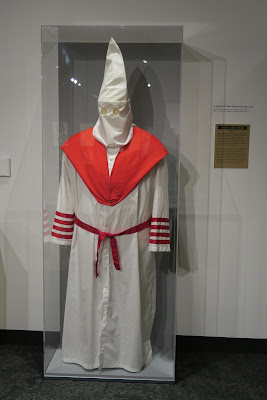 The Haymarket is the place to go in Lincoln. This is back in 1987. 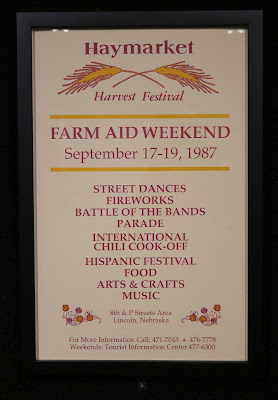 There was a section with farm tools, machines, and fences. I just liked this image of the barbwire fence. 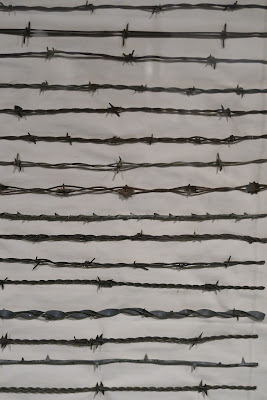 Kool-Aid was first made in Hastings, Nebraska. I can't stand the drink myself. It tastes like sugar water to me. Others love it. They actually have a colored fountain in Hastings, and an event called Kool-Aid Days once a year. 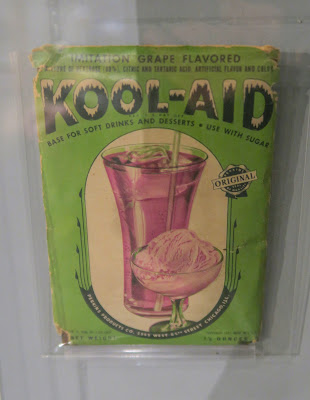 If the puppets didn't creep you out maybe these masks will. I like Elsie the cow, but Joan Crawford is a bit disturbing. 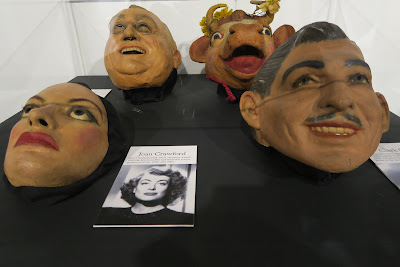 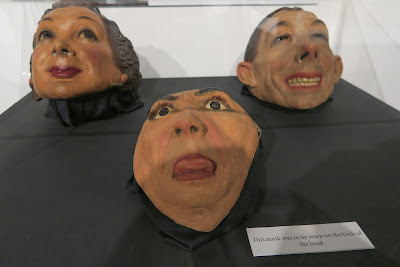 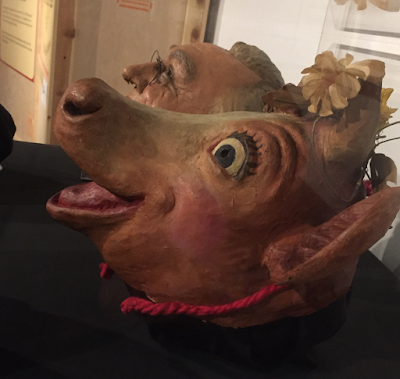 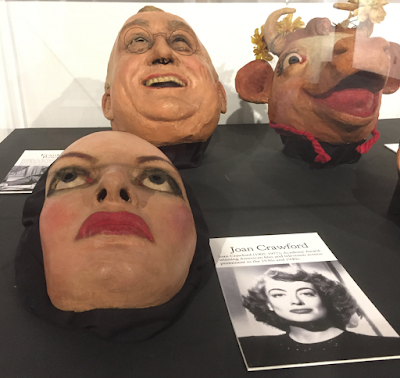 This is an old school house desk.

They were having a little too much fun at this point. Meaning they were pushing each other's buttons. 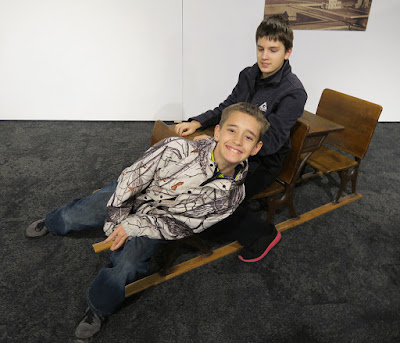 We took them outside to walk around. I swear I posted these photos, but couldn't find them. Sorry if they are repeated. 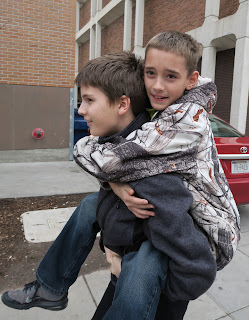 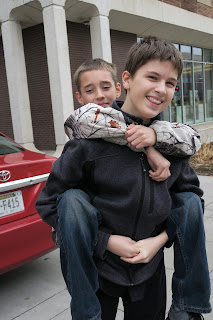 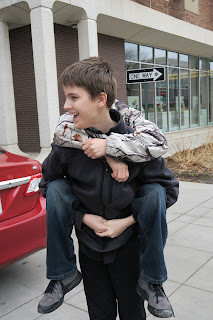 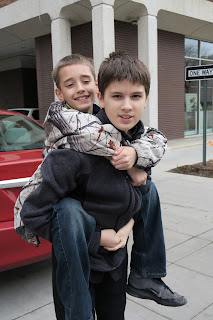 One way the wrong way. 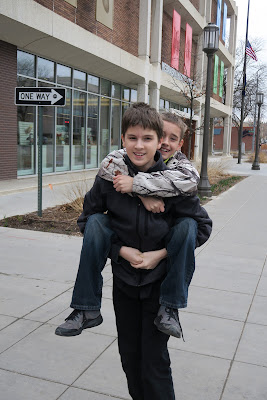 I have a dear friend who just moved to Nebraska! She loves it there! Have a great week with your handsome boys!

LOL loved those puppets they made me laugh

I enjoyed the fun photos :-)

That looks like a pretty cool museum. Even better that it was free! I think the masks are creepy, but the puppets are cool.

Museum's are always a great place to see so many different kinds of things!! Thank you for stopping by #OMHGWW and for hosting!!
Have a wonderful week!

That does look like an interesting visit. I've been to Lincoln. I loved the capitol building. I loved Omaha though. So much good food, live music performers on the street, it just had a great vibe!! I love the pics of your boys. Looks like they had a grand time!

What an interesting museum! I enjoyed the fun photos, A.

I think the masks are scary I must admit, but I love anything old for sure I would've had a great time there. Thanks for sharing. It's nice when the kids get along isn't it? I had four, and the two oldest got along fine & the two youngest got along okay, but both sets were boy & girl so you figure that one out! hahahaha

I love the puppets! They look cute..and vintage. I will do the same thing if I see that old school desk Lol

Happy Tuesday!!
I love Glorp!! :)
Hope you'll stop by and share on ->#OMHGWW Linky Party
Have an awesome week!!

That museum looks really interesting. So much variety there.