What You Need to Know About Peptides and Weight Loss 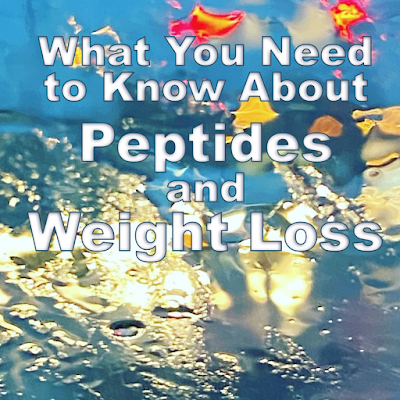 Trying to lose weight can be a challenge, and many people that find exercise and dieting to not work for them turn to other strategies. However, the health community is full of buzzwords and fads promising quick, effortless solutions, which makes the genuine options harder to find. One such strategy, popularized by entrepreneurs like Ryan Smith Lexington KY, is peptide supplements, and from the talk around them you'd think they were a miracle cure. What are peptides, though, and what do they do for weight loss?

Peptides are short chains of amino acids, much like smaller proteins—about 50 units at most, in contrast to proteins that are hundreds long. Many peptides come from breaking down proteins in food. Because of their size, peptides don't fold up into complex molecular shapes like proteins—this means they can be more easily distributed through the bloodstream and absorbed by cells. Also, many hormones are based on bioactive peptides because of this permeability.

Peptides to Look For

Despite this common structure, peptides differ in how they interact with the body. If you're looking for peptides to help with managing weight, you want supplements containing particular kinds of peptides:
Some peptides are still under experimentation to determine how they affect the body; an example is follistatin, which has shown correlation with regulating muscle growth in lab mice.

Many swear by peptides in helping lose weight and stay in shape. However, be wary of claims that peptides are an end-all, be-all solution. Managing your health is an ongoing multi-step process that peptides can aid but not fully replace. Exercise, and eating a balanced diet really helps. Also, human bodies vary in how they respond to supplements, so try them out for a short time before committing.

Disclaimer: This is a guest post. I may have been paid, for this post.
Posted by An Apel a Day at 9:57 PM

I think I'd just rely on good old diet and exercise, but if one wants to try peptides, why not?