I've had the idea to turn a trunk we have into an ottoman, for quite some time. 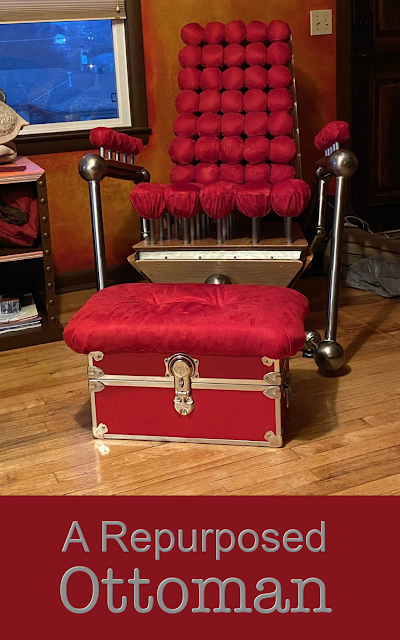 I have nothing against CHEEZ-IT GROOVES, but just didn't know that I wanted a trunk that said that in our living room forever. I really liked the red, and the storage space. We needed an ottoman, so why not repurpose ? 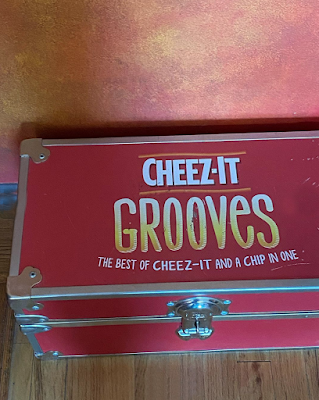 My husband cut a board bigger than the trunk top: 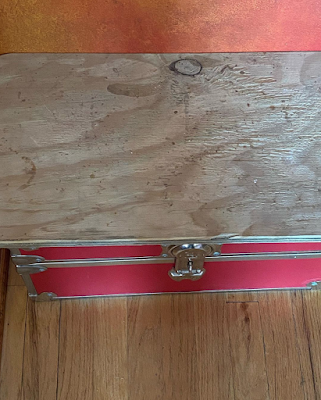 He used stuffing from a loveseat we took apart, and lots of pulling, and staples: 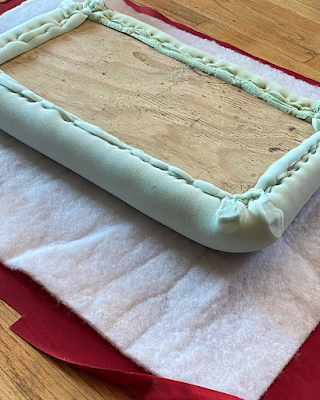 I got the idea to cover buttons from my Grandma, who gave me a tin of buttons. The fabric was too thick, so we went with a scrap of red we had from something else. 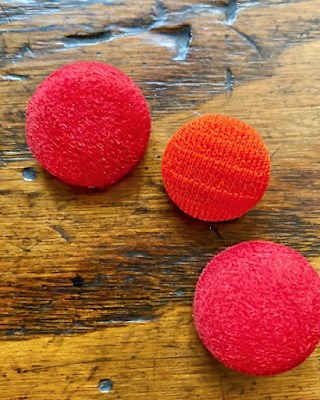 The fabric was left over from a chair he designed. 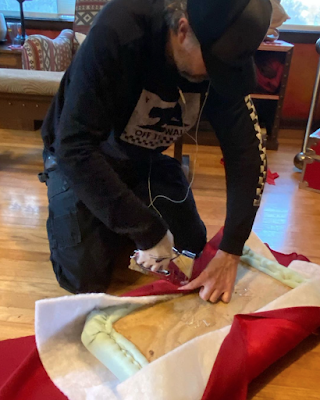 He put screws up through the bottom of the lid, and into the wood he cut. Poof we had an ottoman! I wish I had one more. 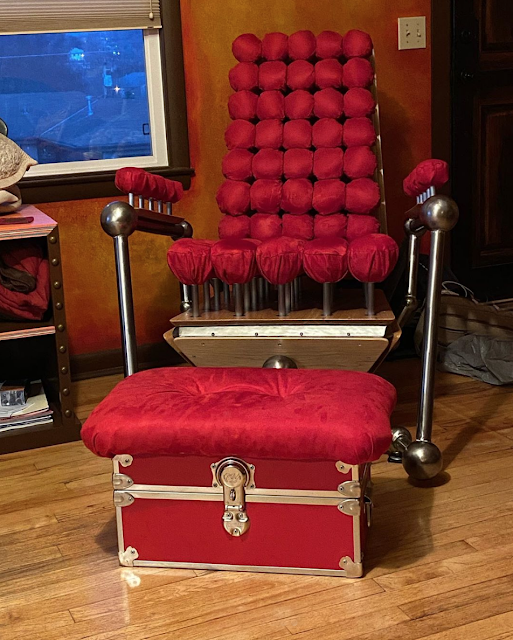 I didn't help as much as I thought I would, but the idea was mine.

I love that trunk! I agree, wouldn't want it to say Cheez Its forever, but that trunk looks like it has storage! (Maybe throw some blankets to have on hand!)

That's brilliant how clever idea I like the colour too blends in well :-)


Have a trunktastic safe week 😷😷😷

What a fantastic idea for upcycling! It turned out wonderful. You're lucky to have such a handyman for a hubby :)

That is so very cool. Love it.