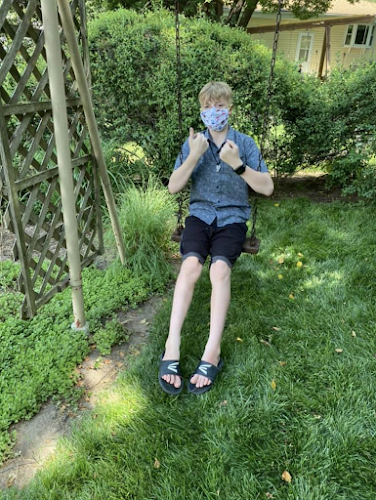 Mondays are the most popular day around here. That's the day our boys get to play with their cousins on PS4. Apparently they get to play games a whole lot more than our boys do.
I was sitting on my bed trying to fill out applications. That's my 24/7 job, that isn't really a job that makes money now a days. The boys were in the living room playing PS4, with their cousins.
They talk so loud! Of course I can hear everything they're saying. Isaak called his cousin, "A young whipper snapper". He said it more than once.
Later I asked Isaak where he got, "A young whipper snapper" from? He said that his other cousin calls him that. Apparently it's a thing they do while they play PS4. Goofs! I haven't heard that term, since my Grandpa said it, I think.
Mondays
Posted by An Apel a Day at 11:16 PM

Email ThisBlogThis!Share to TwitterShare to FacebookShare to Pinterest
Labels: cousins

It's definitely an old-fashioned term but a fun one!

That's hilarious! Out of the mouths of babes :)

That is funny. I have never heard a person say that... except on movies/ television.