We have now had our first snow this fall in Omaha, Nebraska a few days ago. Has it snowed where you live?
When snow happens, it means it's time to bundle up!
The day before it snowed was colder than the day it snowed. That's when I took the boys out for a photo shoot. Bur...what was I thinking?!
I pulled out our new Mozy. At first I thought I'd give this to Mica, but we've been sharing it.
What is a Mozy? You might be asking. It's like a thick warm blanket for the lower part of your body. 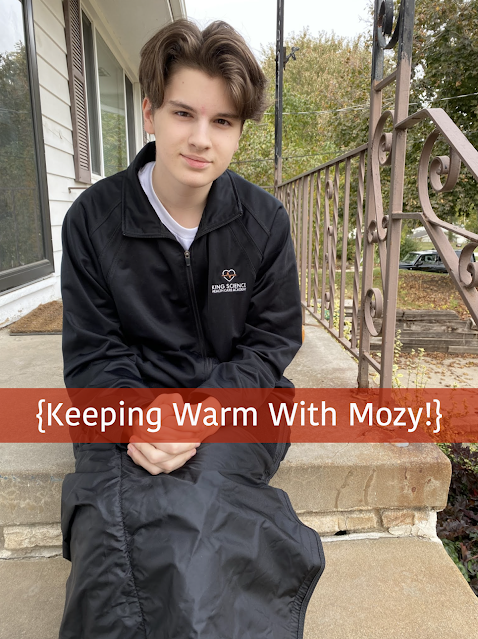 Uses:
You can use a Mozy whenever you feel like it, but I have specific uses in mind.
They say on their site that a Mozy is easy to walk in. I found it feeling a bit like my legs were hugged. It's not as easy to walk in as I thought it would be. 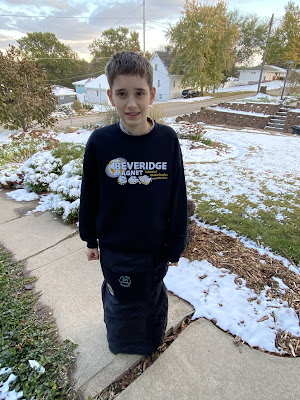 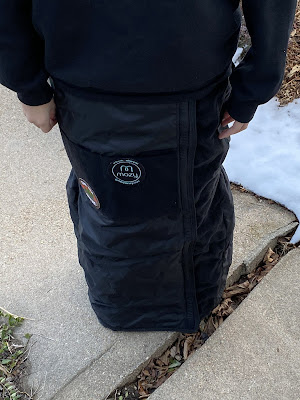 How to use a Mozy:
They have a fun diagram on how to use one on the box. I love it, because I'm a visual person. It was much easier to put on then snow pants! 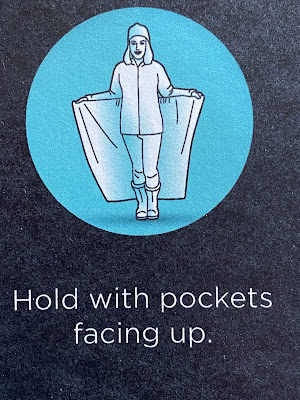 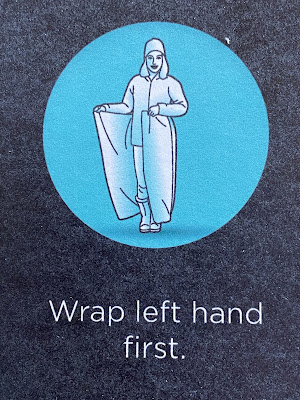 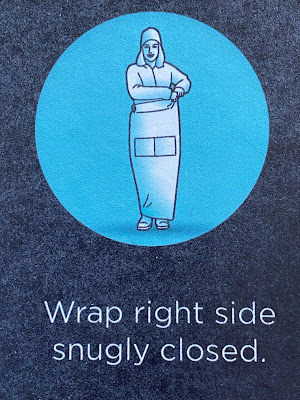 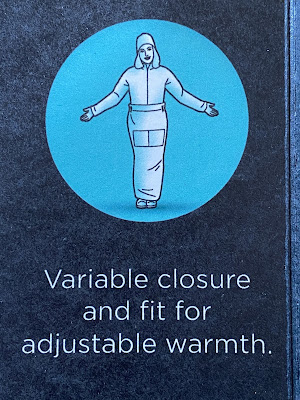 Easy peasy to put on! 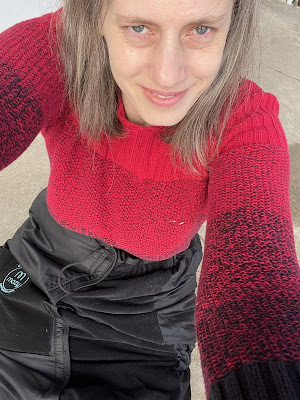 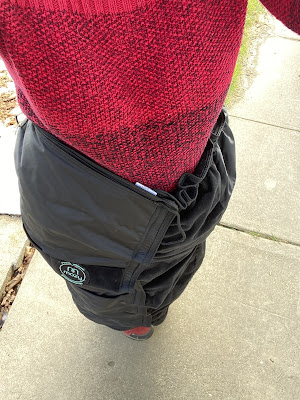 Get it on too tight? It's adjustable. 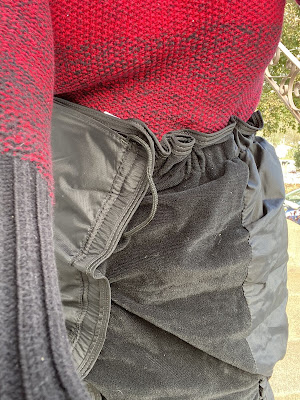 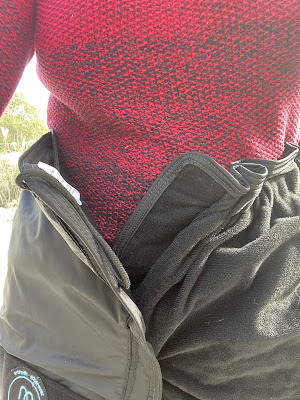 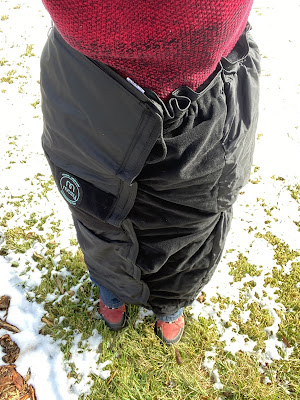 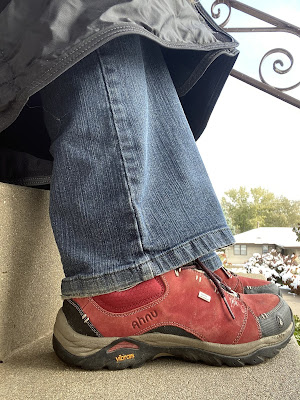 Unlike snow pants, you can take a Mozy off and put it back on with ease! It's not heavy to carry around. The inside is a heavy fleece, and the outside is a waterproof material. 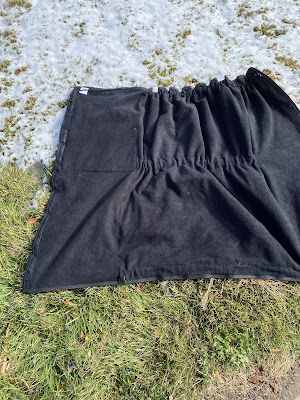 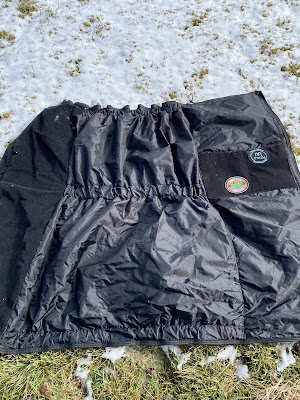 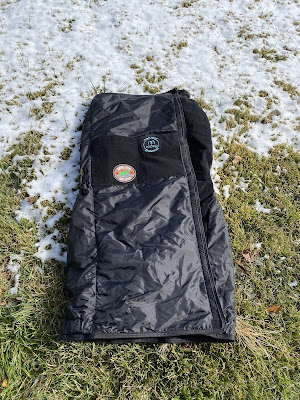 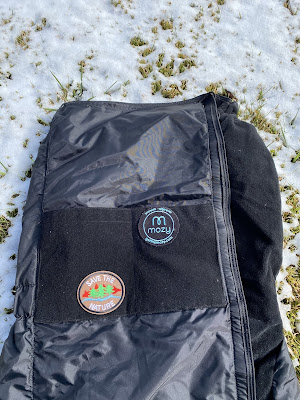 Sizes:
Patches:
When you buy a Mozy they have a patch on it. Ever since I was in Girl Scouts, and then again when my boys attended Lowe's Clinic I dig patches! They will ofter more patches. It looks like they are working on that, on their site. 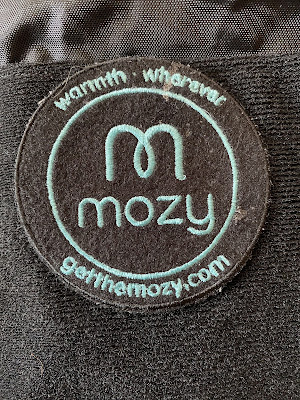 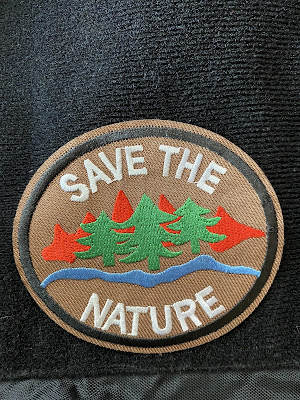 You can get the Mozy here:
https://www.getthemozy.com/products/mozy, or on Amazon. Their site uses google pay, shop pay, and PayPal. The cost for a Mozy is $99. Think of it as a cost similar to a warm coat.
It would be great to get someone for Christmas! 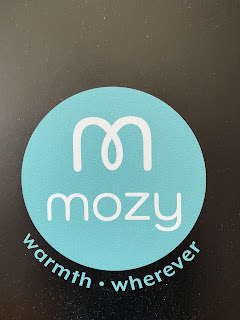 If you had a Mozy what would you use it for?
Disclaimer: I got this product for free, in exchange of my honest opinion. Mozy did not tell me what to say.
Posted by An Apel a Day at 11:41 AM

I probably wouldn't know what to do with it in our hot and humid climate where temps are usually in the 90s!

I would leave it in Jason's car. He's always hot. I am always cold. This would keep me warm while he's blasting the air or has the windows down when it's chilly out.