I know I've been horrible about posting. I've been pretty much diving into work. I don't even know why. Maybe it's because I was a teacher handing over my ideas, and now I can put those ideas to use by creating them. Oh I wish that was it! It kind of is. Ok, so it's complicated.

1. My work loves a look. It's kind of fun, but it's just shapes, and more shapes. No concepts, or bringing their idea of storytelling into their work. I opened up the file that was given to me, to utilize...it was all kinds of a mess. Shapes that didn't line up with other shapes. It was annoying because it was paid for work. Meaning they reached outside the office to pay for it. Rule number one when working in Illustrator: Use the Align tool!

Back up! Anyhow I was so excited to design this ebook from the day I got the project. Like really excited! Ok beyond excited. I've taught how to create brand guides for years! I've only created a full book like this with SOFT.

That excitement ended with to disappointment when I learned that the project wasn't just mine. A firm was going to do it. The one that aligned the shapes not so well. I got really excited again when I was told by the marketing head (who is now a contractor) to finish it. She meant only the writing. I got really excited again when my boss told me that they were going to try using me for it. She meant to use the outside firms look. I kept getting burnt. Really I just wanted to do it. So I decided to take my own advice I gave my students a long time ago...when they were more excited about a sketch that I didn't care for...I said to do the one I wanted + prove me wrong with the one they wanted to do. So...I did that.

I thought for sure they'd pick mine. I put time into it. It was good. I got it critiqued by a designer that lives in Chicago. I made all the changes, but a few. I was planning on taking some type out because I know it's too much to read. I just haven't yet. Never did I think they'd pick the one I did in 2 hours, that had subpar photos, and no alignment.

I had my meeting, and you probably guessed it, they didn't even talk about the one I cared about. I made sure it had their colors, their fonts, and some of their shapes within it.

The moral of the story is...maybe Alissa (me) cares too much. Maybe I have a vision that's as strong as their mission. Maybe I suck, and just don't know it. But I do know that it's good. I showed people that love it. By now I know what good work is. I can't deny that, that gave me Imposter Syndrome AKA self doubt. I flat out cried. Why? Why in the heck did I care so much? It's not the change of life. It's more than that.

By the way I'm not in this to bash my work. It's more about how I feel. I don't think they get it, get me. They are techy people, not creative people. I don't expect them to get it. I'm not mad, I'm hurt. It's a struggle because I actually like them. It's hard to be mad, when I like the people I want to be mad at.
Ok so it would have been nice, to at least mention, "Hey Alissa I like what you did there, but we can't use it because of x, y, and z." I'm tired of crickets. Tell me something. Then I know you're human. Tell me you hate my work. At least I know you're human.

Just on Scribd it's messing up the quotes. I don't plan on presenting it this way, but dang that's annoying! It's not like that in InDesign, or as just a PDF. Odd!

The crazy thing is, is these people are open minded with politics, religion, gays and more. They can't see me. They can't see how important this project was for me.
I felt odd crying. Like I wasn't supposed to be crying. Why do adults tell kids that it's ok to be sad, but when we're sad we feel like a sap, or like we're feeling emotions all wrong?
I'm sad because I'm f-ing HUMAN!
I found this article about how you can get your boss to support your personal brand. It hits home with how I feel, but I'd never be able to share this with my boss or bosses. I did share it on LinkedIn. That's probably as far as it will go.
A few quotes that stood out:
"Q: Why would I want to invest in an employee’s brand instead of the company brand?
A: Because they are one and the same."
"Want to attract the best talent? Invest in the personal brands of the talent you have. This is just one benefit of investing in your employees’ personal brands. Another is: Humanizing your company, which leads to better sales since people prefer to buy from people they know, like, and trust, rather than faceless corporations."
"Investing in an employee's personal brand increases retention. Q: Won’t investing in the employee’s personal brand make her more attractive to outside offers? A: Yes, but it will also make her more likely to turn them down."
Anyhow I totally connected with that article. 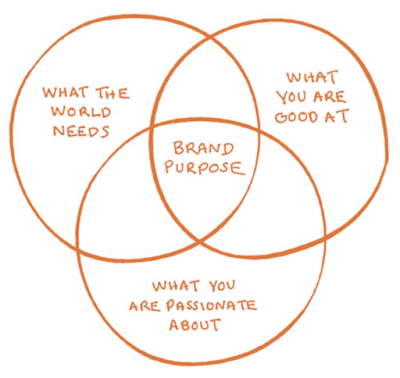 2. At least when I did a quick flyer for a youth program the next day, they loved it. The Imposter Syndrome feeling sort of went away.
3. Isaak's made a strong friendship through that bully incident. Good came from bad. He's coming over for his birthday. We haven't had anyone over, since May - except for my parents, that's only because they invited themselves over.
4. Isaak is a bit more peppy these days. He wants to try out for the morning announcements. He was excited a teacher nominated him for a club that gets a trip at the end of next year. Only 15 people were nominated out of his class.
5. Mica's Mica. He's just so smart with his studies. But dang the kid is dingy at tasks. Can't win them all.
Posted by An Apel a Day at 2:52 PM

I'm sorry that project was so frustrating for you. I personally think your concept was amazing. If I'm going to critic, the only thing I don't like is the picture under how to apply, and that's only because the bokeh is so strong and makes it seem like the kid is picking his nose. Otherwise, I loved it.

Chin up. Don't let their differing ideas from yours on the project make you feel so bad. I know you put a lot of work into it and it really shows! It's just too bad they couldn't see it.

I think it's awful to be looked over like you don't exist. Hopefully with time, things will improve when they see how amazing you are... OR you'll move on to where someone does. :) The future is bright regardless!! Glad you son made a friend out of the bullying incident. That doesn't always happen, for sure!