We went on our one and only full family trip this summer. Sadly it was only a day.

Travis took the boys to New Mexico to see their grandparents on his side. Because I got a new job again I didn’t have vacation time saved up. Off they flew. In a sense I had a vacation without them.

We went to Des Moines, Iowa. I always want to say it wrong just for the fun of it.

It’s only 2 hours from Omaha, and has quite a bit to do there.

I would have loved to of shopped around downtown, but the boys weren’t interested.

We went to their State Capitol.

The outside was pretty. At first we thought we weren’t getting in. The main doors were locked. Oddly a small door located on the side of the building was open. They checked our stuff even though one can bring a fully loaded gun in. I have nothing to hide, but thought that was odd. 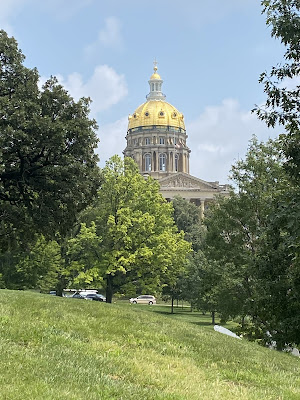 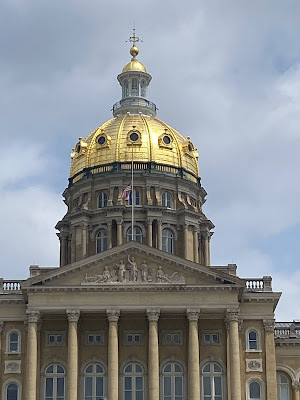 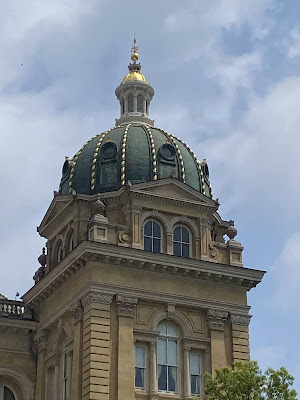 A family was from India. A few times they were slow. They were the only ones with small kids, anyhow the tour guide looked and said, “Oh of course it’s them.” I wanted to say, “Oh of course you’d judge them like that.” But refrained.

Later he said school children used have to wind down the chandeliers if they got in trouble at school. He said, “They got something that doesn’t happen now a days called, ‘discipline’.” I wanted to say, “Ya living in a pandemic, hearing people fight about politics, and having more single parents raise their kids isn’t enough now a days.” Again I refrained from saying all that. He is right we do lack respect, but hey that’s on adults just as much as kids.

Enough from my soap box. He did tell us some interesting stories. This floor below was replaced on the first level with 50s style tile. What a shame. 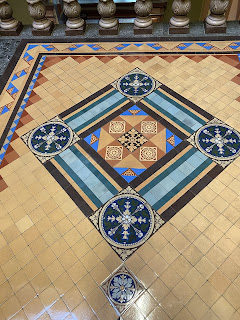 There were 2 girls below that used to face each other. Now they look straight ahead. That happened when they put in electricity. 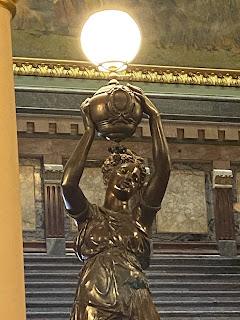 He swore the paintings move. It’s just odd perspective. I was more fascinated by the tile detail of the art. 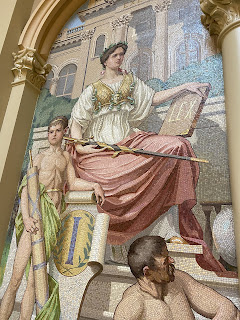 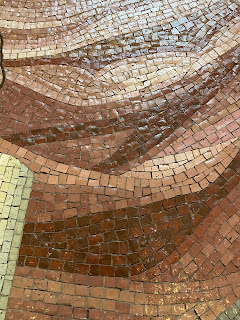 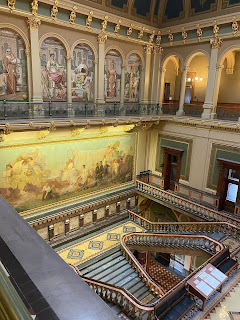 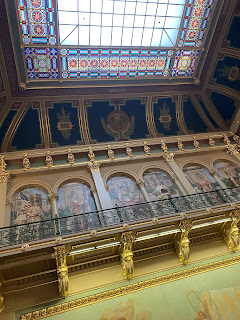 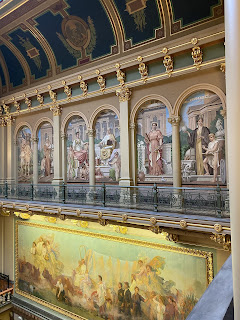 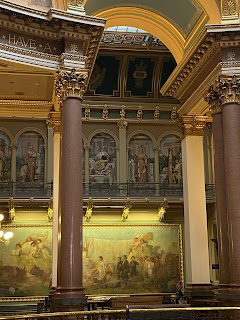 The best room was the library. It had super old books that went up 3 levels. This would be Mica’s dream house I think. 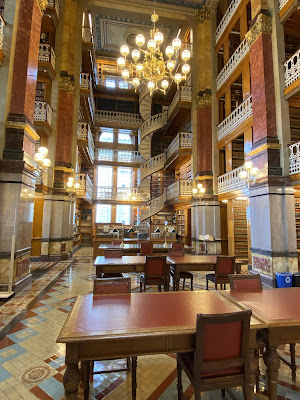 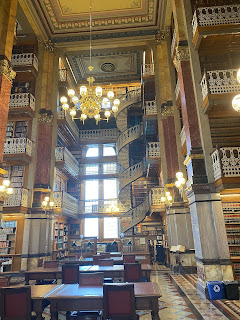 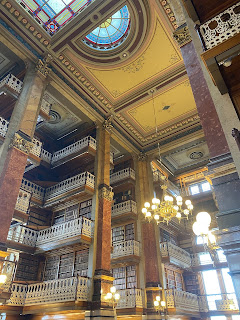 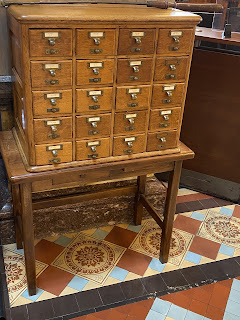 Onward to where important decisions were/are made. Here we learned that the capitol was once on fire. The electrician accidentally bumped into his lantern. The same guy that saved the capitol fell to his death a few days later. He fell off a scaffolding. 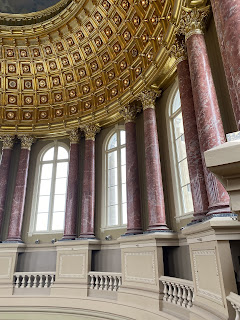 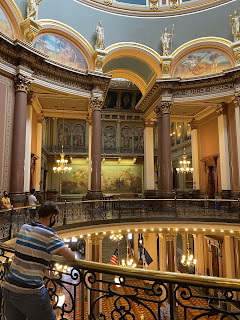 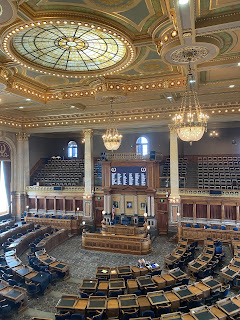 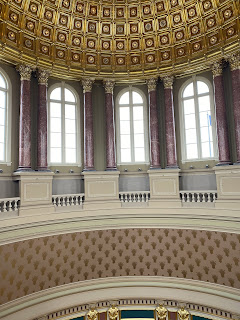 We did get to go up to the ceiling, but not up to the roof. Insert Grover’s near and far act. 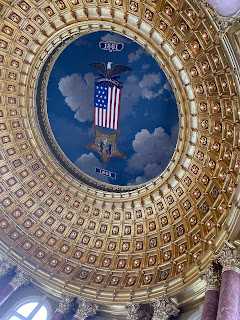 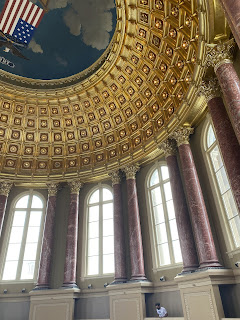 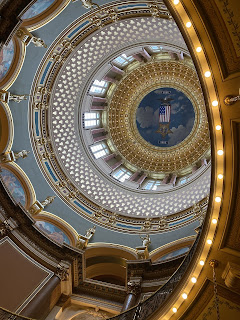 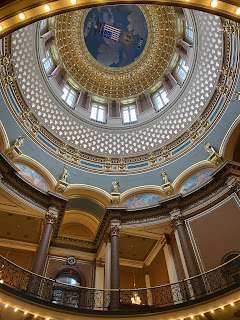 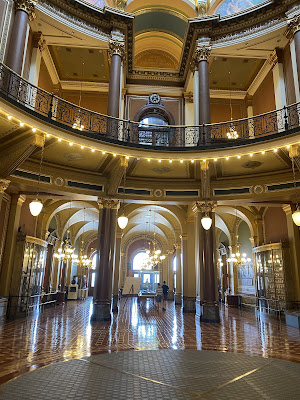 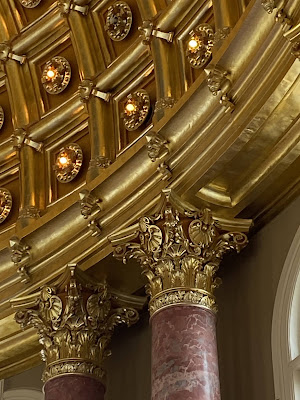 I hope the boys enjoyed their trip. I would have been irritated at the guide as well. There's just no need for backhanded comments, especially in that capacity of a professional setting. The building is gorgeous though!

What a lovely state capitol. Thanks for sharing it with us.