We drove 6 hours to stay with Grandma and Grandpa Apel. We also saw Aunt Laura and Cousin Payton.

The boys were pretty good in the car to and from. We did get the question, "Are we there yet?" and "When will we get there?" over and over again on the way Grandma and Grandpa Apel's. We drove both times at night. The only thing I hate about driving in the dark is that CD books are pretty much out. On the way back both boys slept, which was great!

If I was at home I would have kept the boys on the BRAT diet {banana, rice, apple sauce and toast} for a few days. They were sick with the tummy flu before they left. It was Mica that got sick first and Isaak followed. They acted just fine prior to leaving town. In fact they were hungry. I really thought they were on their upswing. The second night while out of town, Mica threw up all over their bedding and Isaak had a major poop explosion in the morning. It's been a long time since Isaak's had a poop explosion. He really hasn't had too many. Both of those situations were embarrassing and hard to clean up! 3 baths and 3 loads of laundry! YUCK! Isaak required 2 baths. We thought they were over their tummy issues. I honestly think that the combo of too much to eat, the type of food they ate after being sick (McDonalds on the way out of town really didn't help!) and lack of sleep didn't help either. The day after I fed them toast, applesauce and bananas.


They both showed some signs of being allergic to their cute kitten and cat. Unfortunately they get that from me! I'm the queen of allergies. I've taken many back prick tests that were off the charts. Mica acted allergic right away, while Isaak was more at the end of our visit. I do have to say that that kitten was CUTE! 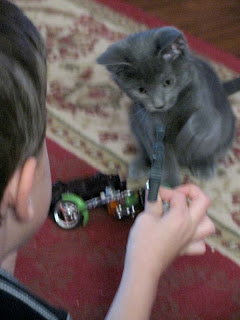 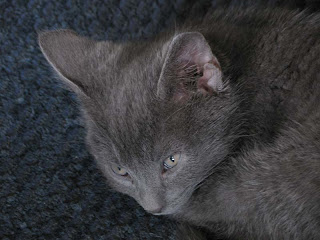 Not all was sickness and wiping noses. The kids had a blast playing with their one and only cousin on that side. Payton is in the second grade.

Daddy, Isaak, Mica, Payton and I went for a walk down to some train tracks. We also went for a drive to see Daddy's first house, school and second house, which no longer exists. The cabin he built with his Dad is still there. 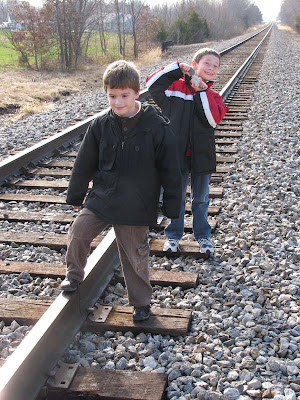 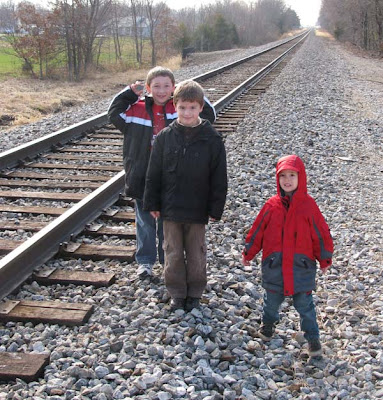 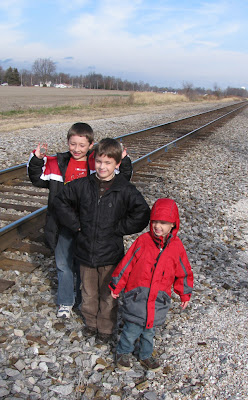 Mica, Payton, Grandma Apel, Daddy and I played ball outside. Isaak was napping. 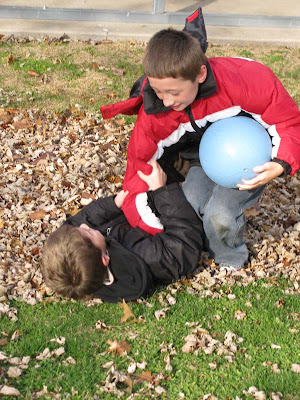 The boys performed for us. They made sure we were sitting down. Mica did skits and magic tricks. Isaak followed up with singing Twinkle Twinkle Little Star and ABC's over and over again. Now he's singing Bah, Bah Black Sheep and 1, 2 Buckle My Shoe over and over again. He skips 5, 6 Pick up Sticks just about every time. Mica lets him know too. :)
Posted by An Apel a Day at 11:21 AM

I'm glad in spite of the sickness, they had a good time eventually. I can't even imagine what a knee replacement surgery must be like. Yikes!

I love the photographs :)

I love cats and I have always wondered about allergies...I am allergic to butternut squash and I got to know about that only after coming to UK, because in India I never ate it...And when they say in american tv shows that someone is allergic to cat, dog, I never believed...but it is indeed true.

At least you all had fun. That's always a plus :) I remember when my younger son asked are we almost there. FIVE Minutes after leaving home! Ha.

What a cute kitten! I have one son that is allergic. I don't think he used to be and not sure why it started later in his life. Any ideas?

They had a gala time and again the drawing is so good:)