I think next year I'm going to limit the friend birthday party a bit. I didn't spend a lot, but it was a lot of work. It seems that birthday parties now a days are not just cake and ice cream. Nope...it's bounce houses and party favors. It's funny Mica sent thank you cards, when we gave just as much as they brought. We gave in form of entertainment, and wearing them out for their parents. I told Daddy that the thank you should be the favors we gave away. I usually think favors that are given away are toys that end up in the trash. That's why I went with the panda treats they can eat. Hopefully the boys enjoyed their little drums and the girls enjoyed their fans.

I'm thinking Mica and Isaak can choose a friend or two and we'll go out to dinner, or to a movie. We'll see. Maybe every other year the kids can have a birthday party of about 8 kids, and the next year they can tone it down to 1 or 2 friends.

I repeated everything pretty easily from the friend birthday party to the family one. I wanted the cousin's to have fun to.

Costco was my friend this weekend. I bought spring rolls (which weren't very good) and pot stickers (which were good). Daddy cooked everything. He made a few sauces to dip things in. We had snap peas. I had more Fruit Roll-Ups, so I made more candy sushi for each table. I bought Izzy to drink along with water. Aunt Terra brought a veggie tray and Grandma brought a fruit bowl. Aunt Angela offered to bring something, but it seemed we were covered.

Poor Terra's on a restricting diet. She found out she's allergic to milk and Emerson is allergic to wheat. Since she's still pumping for Emerson, she can't eat those things. They tested both of them, so that they can try and knock out Emerson's snotty nose. They still want her to breastfeed to try and keep him healthy.

After we ate our Asian food, the boy's had fun with another Water Balloon Piñata. More giggles and fun! They seem to enjoy this more than a Candy Piñata. It's cheaper and healthier to.

Cousin's Elijah and Evan up to bat. Elijah (the younger one) can really hit! 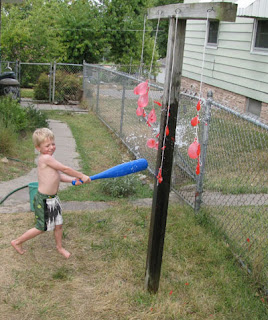 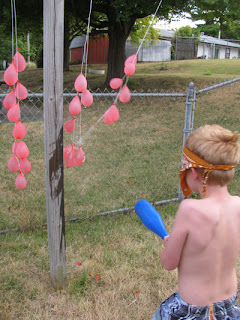 Isaak and Mica up to bat. 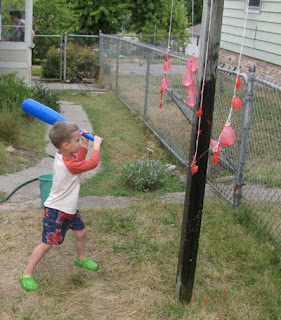 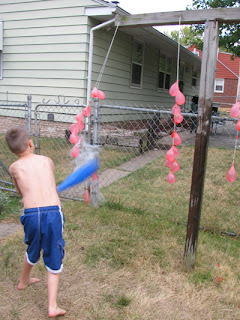 I wanted to do the Movie Poster Slip N' Slide, but it was too cold. We had a cold front come through.

Then it was cake time: 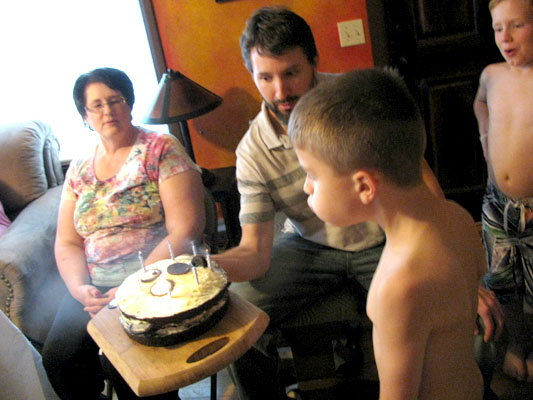 The Panda Cake and Candy Sushi can be seen here. It's truly the easiest cake I've ever made. I loved using up the low fat Oreos that I never buy or eat. Same goes with the Fruit Roll Ups that were on the Candy Sushi. Never buy those either.

Then it was present time: 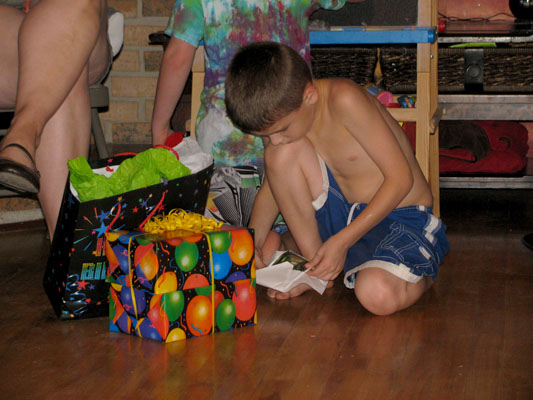 Mica got pjs from Aunt Terra, a model General Lee and Police car from the Dukes of Hazard from Grandma and Grandpa, Hulk boxing gloves from Aunt Angela, a Bounce You card from Great Aunt Becky and a card with money from Great Grandpa Kent.

On went the pjs and Hulk gloves. We had a wrestling match in our living room. Entertainment for all. 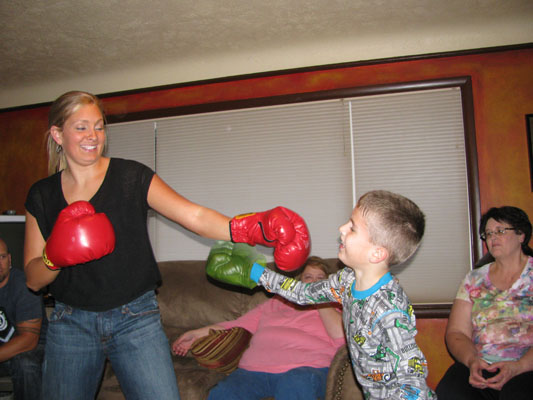 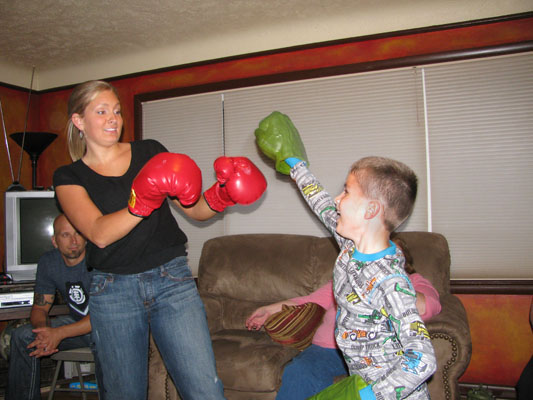 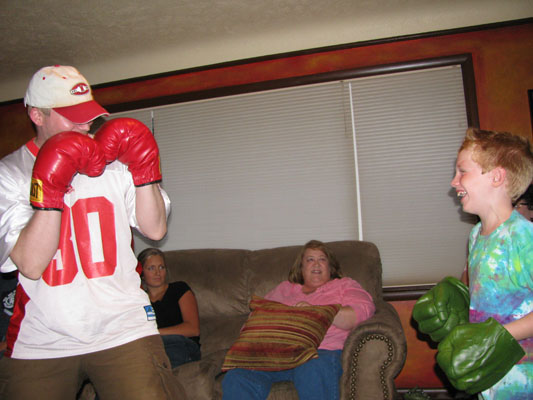 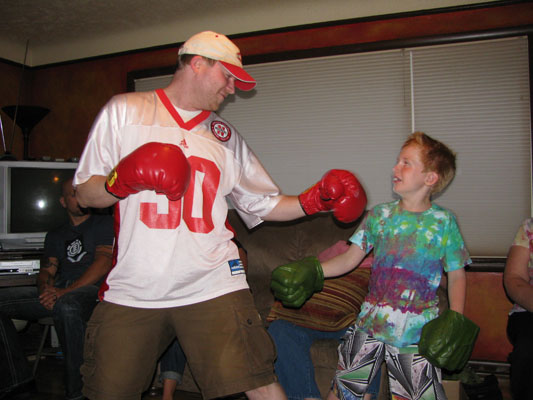 Evan cracks me up! He giggles the whole time he's boxing. He even giggled when he was watching Mica box. Mica's always so serious.

Is it bad I let them box in my living room? Grandpa Spiehs thought the Hulk gloves were a bad idea. I think it's good to wear them out. At least they are not kicking and slapping with their legs and hands. Boy's fight for fun. Everything ends up as swords from Melissa and Doug Ice Cream Cones to hangers. I kind of figure I might as well give them safer things to fight with to wear off energy.

broxton has boxing gloves.. real ones that we sent to marc when he was in afghanistan... the boys use them and box... it isn't the best in our small living room, but they can only do it when marc is here to ref it :)
i think all the presents were great !!!!!!!!!!!!