Mica was told by a girl in Kindergarten that he looks like Justin Bieber. Mica only knew who he was because that same girl who said he looked like the pop singer was on her backpack. When he told us this story he called him, "Justin Bever." We try not to not listen to pop music.

Well we went to a birthday party this weekend. One of Mica's school friends invited us to a gymnastic place to celebrate. The Dad said Isaak and I could come along, so we did.

One of the adults said, "Wow that kid really looks like a young Justin Bieber!" I didn't know he could get any younger. LOL She was pointing at Isaak. I actually went home to Google what he looked like as a kid. Sure enough, Isaak does look like him. I had a shot of him up on screen, Isaak said, "Mom what's my picture doing there?" It wasn't Isaak. It was Justin. Here's the shot I had of him up on screen:

Isaak has eyes like that and he raises his eyebrows like that when he's grumpy. I had trouble finding a photo of Isaak playing the grumpy boy. He likes to hide when he's fussing. This is the closest I could find. He doesn't have the true eyebrow raise though. 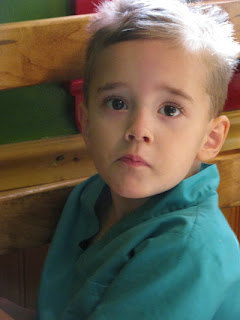 Here's Justin as a kid again: 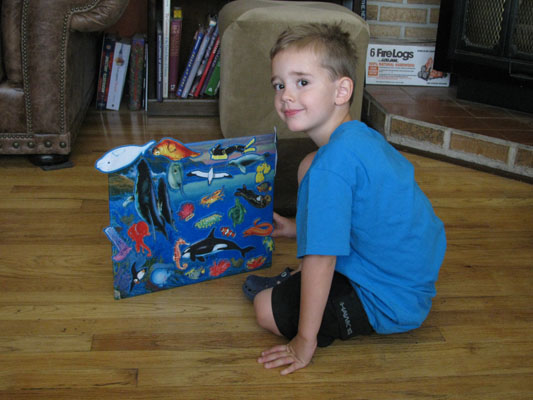 If Isaak still had floppy hair, he'd really look like him.

Do you have a celebrity look alike?
Posted by An Apel a Day at 10:41 PM

LOL..... that is funny. He really does resemble him doesn't he.

I was in a beauty parlor in NYC about 30 some years ago. The owners thought I was Joanna Carson, Johnny Carsons now, ex wife. It was kind of funny. Too bad I didn't have her $$$

wow. at least we know where to find a mini beiber if they need one for a movie... too neat :)