I don't think anyone including myself knew I was ok at bowling. I haven't bowled since I was in high school. I have to admit that I used to joke to others that I thought it was such a silly sport. Knocking down pins didn't seem too sport like to me. It's a game in my mind.

Well I got more than a few strikes. Who knew? Aunt Angela gave me dirty looks. In a ha ha kind of ways. LOL Mainly because I'm the one that doesn't take the sport seriously at all. I won one game and Aunt Terra won the next game. That was against Daddy (Travis), Grandpa Spiehs, Aunt Terra, Uncle Tyson and I. Aunt Angela's clan played a lane of their own. The little kids played a lane of their own. 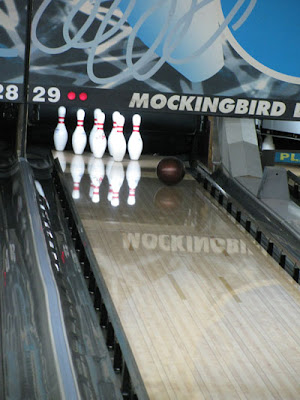 Aunt Terra wanted the whole family to go bowling for her birthday. I was ok with the idea. It just seems like we've been swamped because of Mica's birthday, school starting, company and Daddy has two art shows coming up. The whole family went bowling; I think we all had fun.

The boys thought it was so cool they got to wear special shoes. In fact Isaak was a little mad when we had to return them. 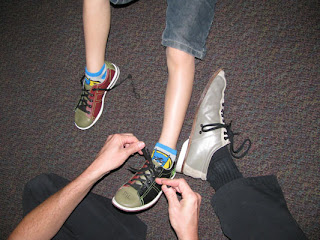 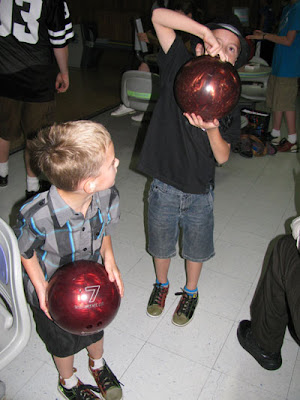 One time when I wasn't paying attention, he bowled down someone's lane! YIKES! I missed that one. I guess they glared at us. I thought by showing him the correct lane throughout a whole game, he would have known the drill. I was wrong. See the other lane where that guy is bowling? That's where Isaak decided to bowl later on. 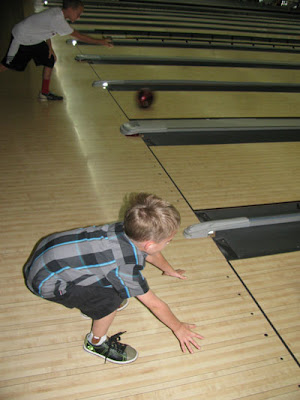 Isaak liked bowling. He just didn't like waiting until his turn to bowl again. 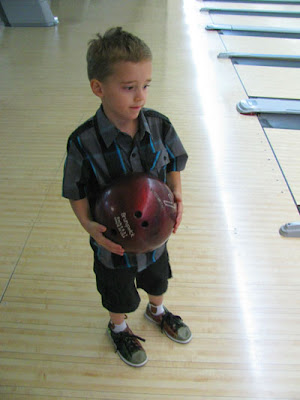 Isaak kept wanting me to watch his ball go down to hit the pins. Well that took like 5 minutes! It seemed my turn to bowl was about the same time as his. 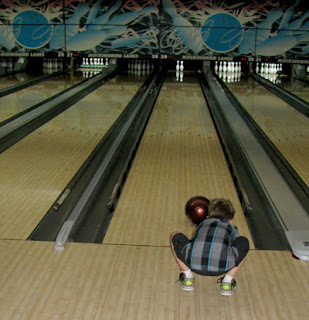 After all that waiting...he knocked a few pins down. He was so excited! 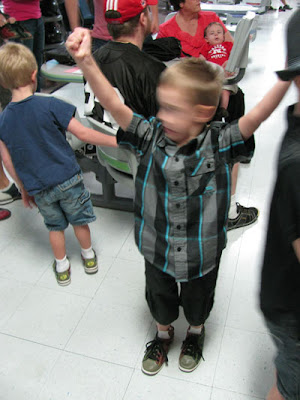 Mica liked bowling. He tried to bowl with a stance. 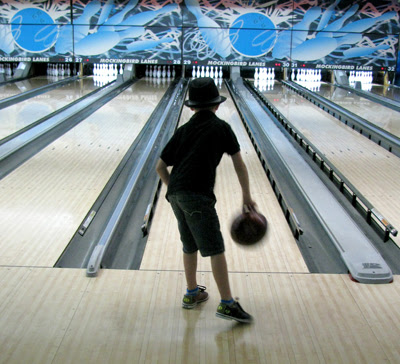 
He's in a hurry to get things done! 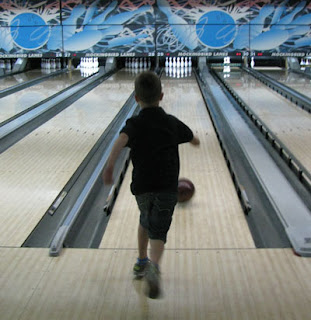 Waiting for his next turn. 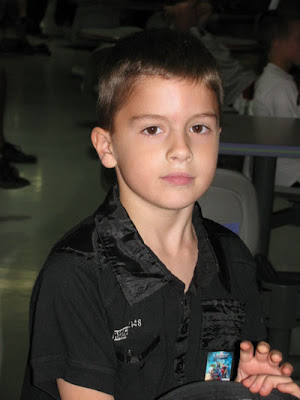 Then there's Grandpa Spiehs. He never bowled before, EVER. He was just as much fun to watch as the kids. 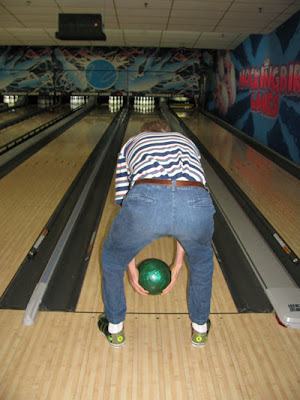 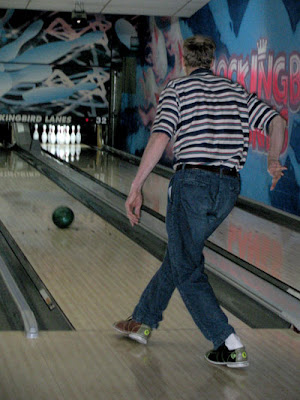 Guess who cheered everyone on behind us? Emerson of course. He did that by spitting up all his food on Grandma Spiehs. 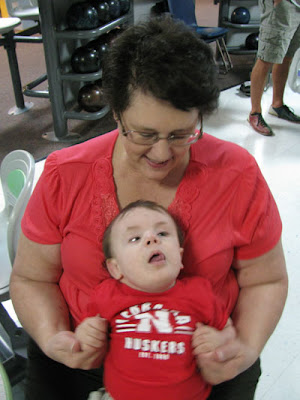 Maybe bowling is a sport. Carrying around that big bowling ball certainly wore out a little 4 year old!

We came home and he crashed on the couch. A nap was something he refused to do for 2 days previously. 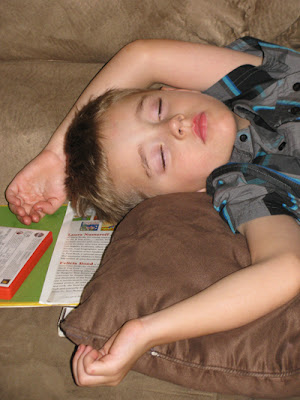 I am a horrible bowler, except on the wii, then I can get strike after strike.

Looks like all of you had a great time.

Ah! A nap! Sounds wonderful. Elle isn't, currently taking them. Go you for doing so well! I stink at bowling. Emerson is getting so big. That picture warmed my heart.

I was actually on a league at Kelly Bowl last year and really had fun -- until I hurt my back.

Grandpa was having a blast, it looks!
So glad yall had fun... I am HORRIBLE at bowling, but we used to go all the time for friends birthdays...
Emerson is so cute...
How's he doing?

That made me giggle to think of them bowling down someone else's lane! lol