To those that celebrate. I'm so ready for Christmas. Are you?

We will go to my parent's house, otherwise known as Grandma and Grandpa Spiehs' house tomorrow night. There we will have two options of soup, shrimp, crackers, sausage, veggies, fruit and cookies. I have all the presents for my niece and nephews ready to go. My sisters took care of my parent's gifts.

Christmas morning we will have Santa's gifts, our gifts and Grandma and Grandpa Apel's gifts. Then at lunch time we go to my Aunt's house, Great Aunt to the boys. There will be lots of people there, 35 I believe. Everyone brings things. We're bringing a cheese ball, a cauliflower dish, a sweet potato dish, holiday grapes and a plate of cookies. It usually lasts until dinner.

Today we went to the Derham Western Heritage Museum. It's a train museum. My sister's and their families went to. I'd say that going with all the above is fun, but also the kids join in on running ahead. We had 2 four year olds, 2 seven year olds and 1 tween. The tween was no problem at all. I tried getting good pictures. Sometimes they cooperated, while other times, not so much. I must be too annal because looking back at my photos there were more good one than bad.


The boys waiting for a train. Well not really. It's staged. 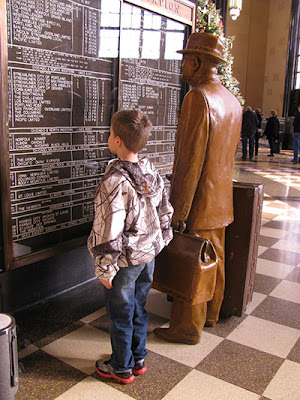 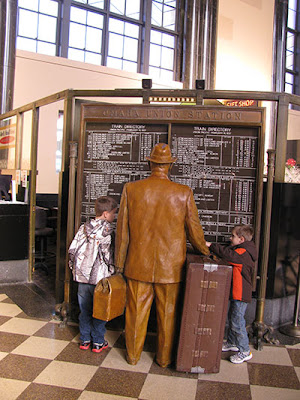 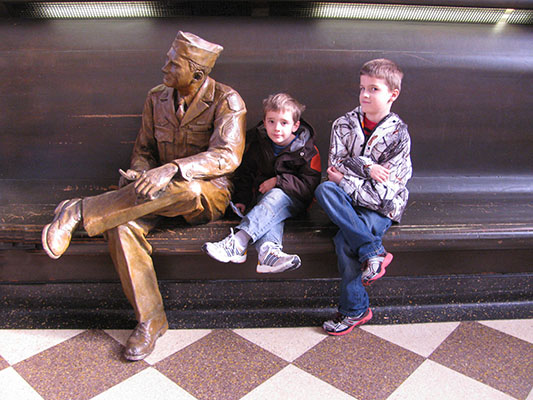 I really just liked the lighting of the flag against the window. No offense, but I haven't felt very patriotic lately. 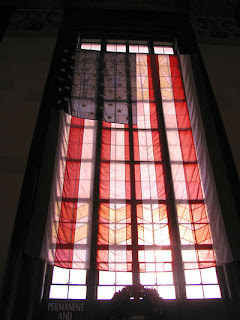 The 7 year olds and 4 year olds. Mica, Cousin Even, Isaak and Cousin Elijah. They are standing in front of a HUGE Christmas tree. If you don't remember, or don't know these boys were all watched by Daddy 2 days a week and by Aunt Terra 2 days a week before Emerson was born 18 months ago. They got to see each other a lot! They act like friends most of the time, and fight like brothers other times. 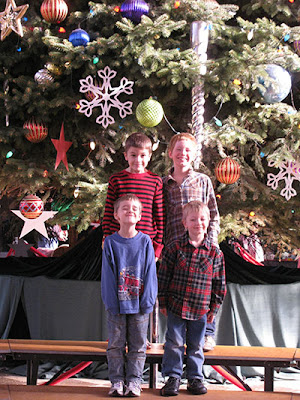 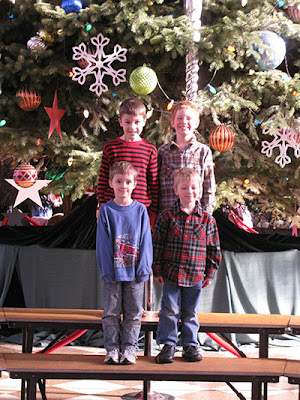 See the little people in front of the tree? That's our kiddos. 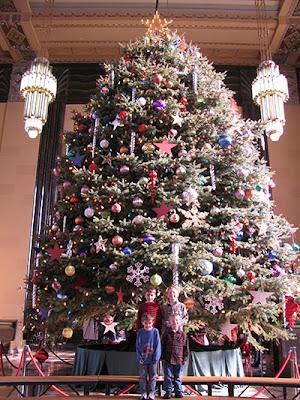 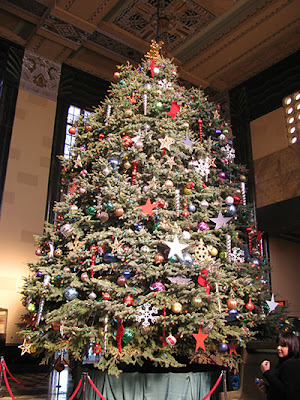 Our kids visited Santa for about the 4th time today, this season alone. I didn't even mean for them to see him that many times. It just happened. Mica again was flapping his jaws and Isaak was touching Santa's outfit and beard. 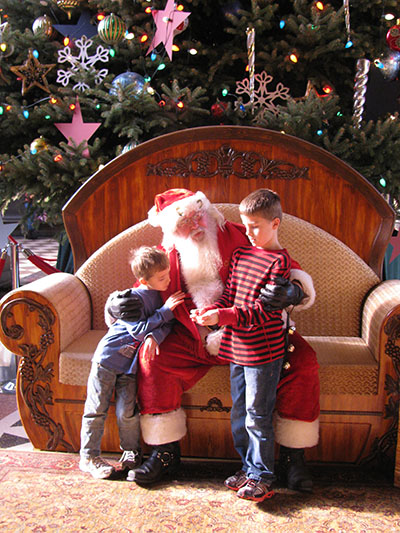 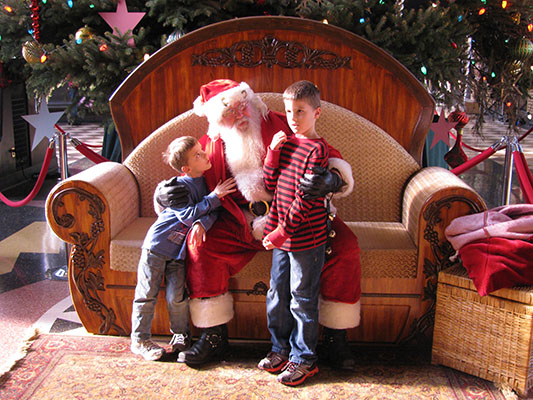 Here's Cousin's Evan and Elijah. They hadn't seen Santa at all yet. Elijah kept looking down; except for one shot. 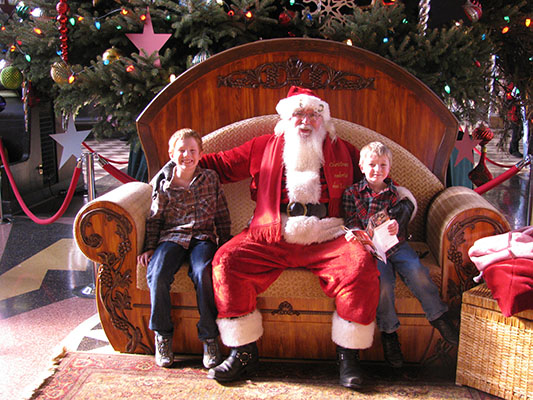 See what I mean? Elijah was looking down. 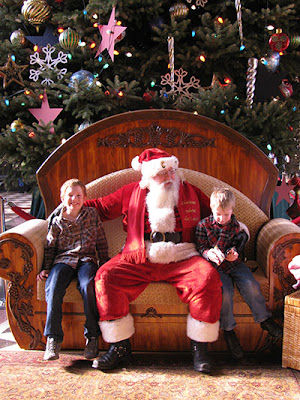 Here's the train that the boys went in. I have shots of them in the train, but I'm saving them in case I need shots for WW. Sometimes Christmas can be too chaotic to get good shots. Otherwise they'll be for the following WW. 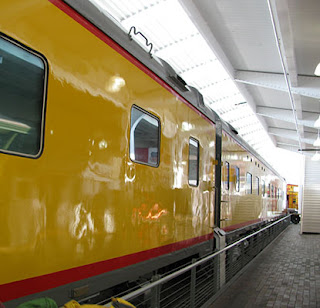 Here's Daddy. Daddy was kind of a Scrooge today. Isaak must take after him. He still says, "I love Father's Day more than Christmas. I'm a Grinch." 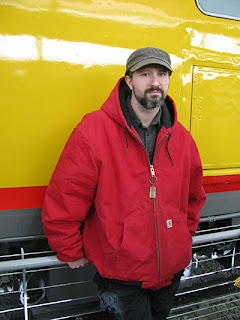 Here's one of the boys in the train, but that dang reflection bugs me! 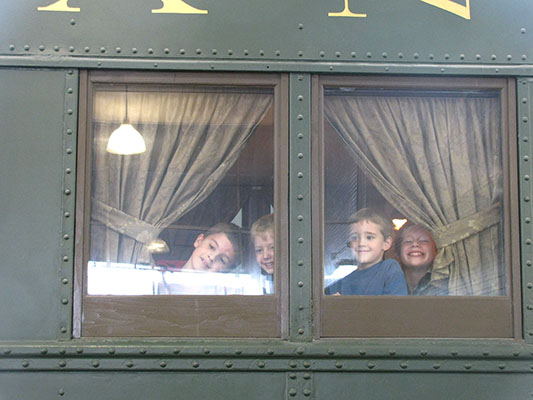 They loved the wishing well. We gave them coins to drop in it that goes to help some organization. I forget which one. *Sorry Eljah for cutting off your head! 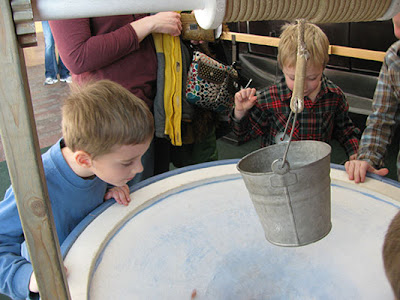 Mica ringing the train bell. He's looking at us as we were saying, "Ok that's enough Mica!" 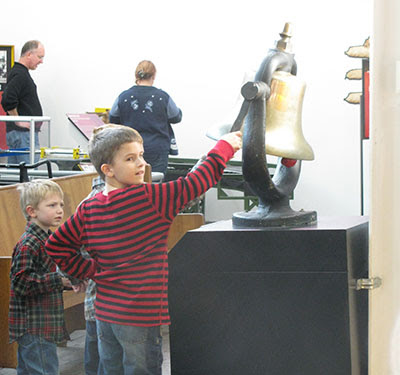 Shots I wish I could have gotten: The boys in a tepee. They went in, but wouldn't stand in the doorway. They just stood where it was all dark. I also wanted to get them all holding hands in a pretty arch way. I got them to all hold hands, but then they moved like a wave was taking them over. I'm the only one in the group that liked to take pictures; I didn't have help posing the crazy boys. I more or less had people say to me, "Come on Alissa! What are you doing? You'll never get them to all hold still." Oh well. I still got some good shots!

I love all your pictures... reflections or not. They really did turn out great.

Merry Christmas to you and yours.

Love the picture in the window of the train. And that HUGE tree!

I like the reflection in the train window, it looks authentic. :)

All of these came out great!

Great Pictures! Hope everyone feels better and hope all of you have a Wonderful Christmas!
twinkle at optonline dot net

your photos always turn our beautiful, esp with the kids :o) I wanted to send you & yours a Blessed & Merry Christmas!
Hugs, Faythe

That looks like an AWESOME museum and my boys would love to visit it if it was near us!

And that tree IS huge!

The one with the kids in the train is nice, reflection or not and looks like fun, like the whole day.

Those photos we fun to look at. My, that tree is HUGE! And that Santa looks like a really good Santa!

I always have that reflection problem in window photos too!

I want to go there.. those are great pictures ... and I know Broxton would have a blast :)
Hope yall had a Merry Christmas