We had Mica's 1st grade conferences on Thursday. It isn't like the old days. My parent's used to get a babysitter when they had conferences for us. Now we just set the boys up in the hallway of the school with the portable DVD player, and they are entertained the whole time. It works out great because then Mica is able to show us his artwork on the walls. We don't got to go into his classroom all the time because that to is different then it used to be. Daddy drops him off and he waits outside until it's time to go in; the teacher brings the whole line of kids outside when class is over. I assume because they want to keep traffic flowing through.

Little man is doing great! It's hard to say if he's an A, B, C, or D student because they don't give grades like that anymore. They don't even give 1, 2, or 3s either. It's more O for outstanding and A for average. I don't even know the other letters, because that's all he got.

We were a little worried with Mica on math. He shows no interest in doing math at home. One day he came home from school all sad because he wasn't finished with a math worksheet and couldn't go play with an iPad. His teacher says that he's really good at math. He just takes his time, unlike some of the other students. He wants to make sure he's right. I'm happy to learn they are doing touch math. Back when I was in school touch math was just beginning. In fact I only learned it because I was in the chapter 1 classes, otherwise known as the classes where the kids went that haven't picked things up yet. Touch math helps kids understand math visually.

Mica runs so hard during gym that he's sweaty when he comes back to class. That's one area I'm surprised he gets a Average in. His favorite is gym.

He's at the end of 2nd grade or beginning of 3rd grade in reading. The boy loves to read! Mica generally has one love for awhile, then he moves onto something else. It first was Fisher Price Little People, then Thomas and Team GeoTrax, then puzzles, then drawing, then writing, then Legos and now reading. He hones in on that one thing like crazy. His nose is in a book 80% of the time at home. The other 20% are playing with Legos and eating. He eats a lot!

Here's a classroom project I was excited to see: 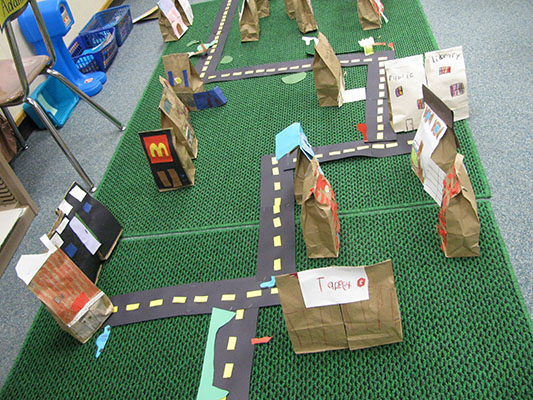 It's a brown paper bag city. Mica worked on the state capitol. He made it Adam's capitol after the school. He also worked on a few others. 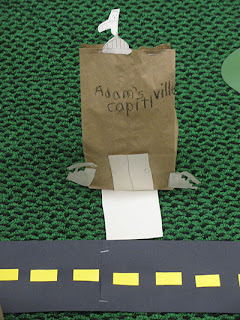 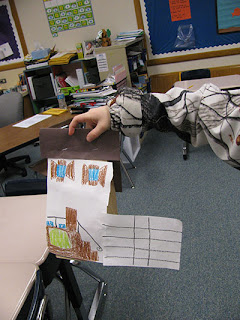 He also created this monster: 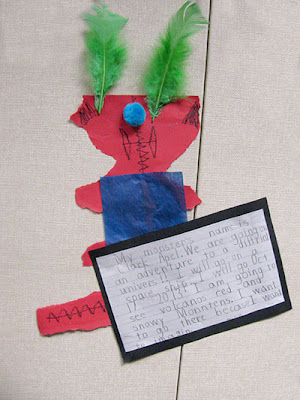 I know a lot of words are spelled wrong, but his handwriting is really good. One word you may not get is Monntens is "mountains". Here's what it says: 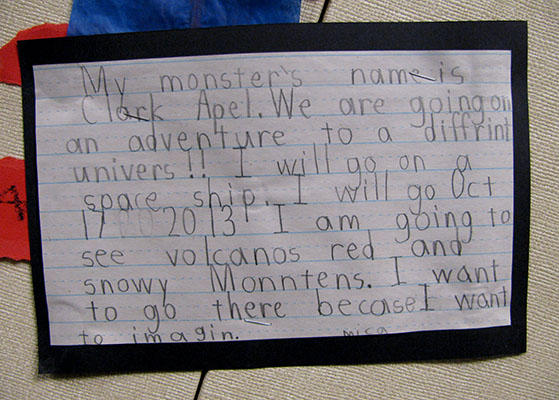 He also created this lion: 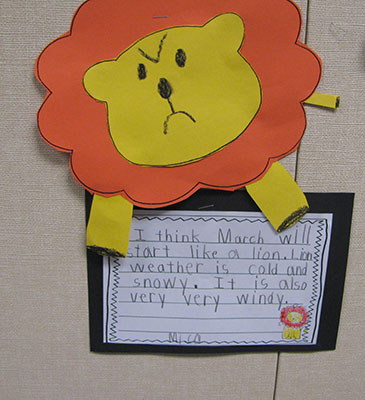 Here's a poem he wrote. One word you may not be able to get is forda is actually, "Florida". 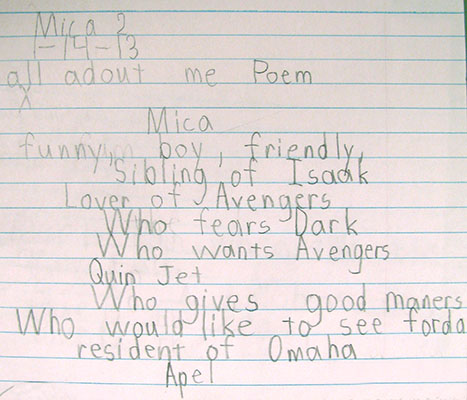 In our school, the kids aren't allowed to sit in the hallway, but there are some kids from the YMCA that come to babysit. And when I say kids, I mean teenagers LOL.

That's fantastic about reading. My oldest was kind of the opposite at the beginning of this year. He was barely grade level with reading, but ahead in math. Now he's reading at a 4th grade level (he's in 3rd), so he's making progress.