Happy Birthday to Everyone

I've mentioned before that Isaak's a giver. If he finds money on the ground, and Mica says, "Hey not fair I want some money!" Isaak will give him some. Now if it were the other way around Mica's not as giving. They all have good and bad traits don't they?

When Isaak's birthday was celebrated at one of his preschools Isaak made a card for his teachers, for their birthday. 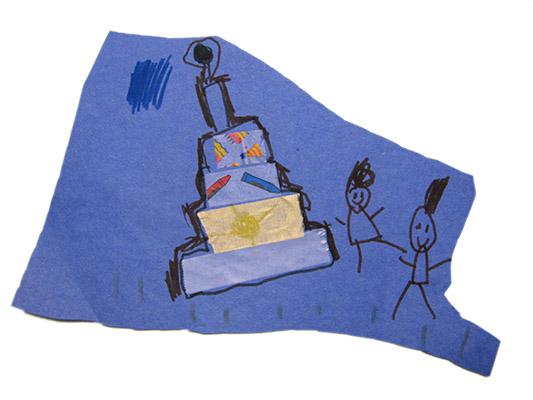 They must not of gotten that it was for them to keep. They put it in his end of school papers to go home. I'm kind of glad they did because it is so cute!

Email ThisBlogThis!Share to TwitterShare to FacebookShare to Pinterest
Labels: Birthday

That is too cute. I love the way he makes art out of scraps like that ;)

That is so cute! And funny about the lines! Mine take things very literally too sometimes :)

Awww...how sweet. Happy Birthday back at ya, Isaak! :O)

I have seen some of the things Isaak makes and you can tell he puts a lot of thought in them.