Mica's school has a Science Fair every year. Last year he made a record player out of a box, wooden parts and a plastic cup. He won second place. I didn't find out that he won second place until I went through his end of the year papers. 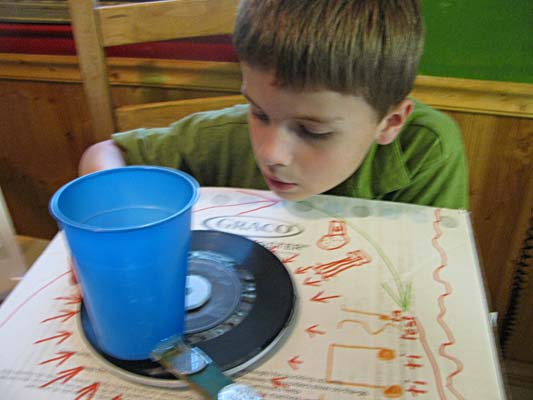 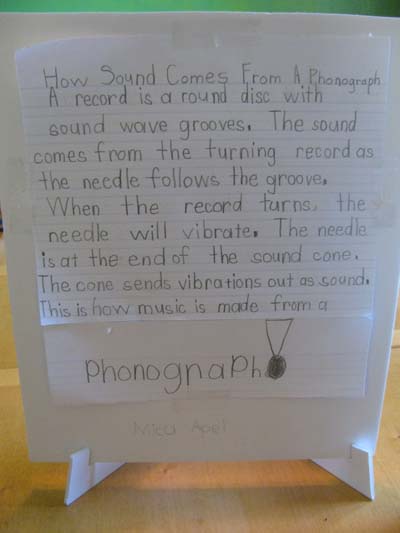 This year he made a potato clock. The clock wasn't working right. That turned into a tomato battery. It's a good thing Daddy can improvise with this stuff. I most certainly can't. When something science does not work, I just freak out and start over.

The boy won third place. He didn't tell me once again. I even asked, "How was the Science Fair?" He mumbled, "It was fine." I found out again when I went through his end of the year papers. Later on I mentioned to Daddy that Mica won third place. He said he knew. Grandma and Grandpa knew as well. He was dropped off at their house when the science fair was over. It was only me that was out of the loop.

A friend of mine took photos of Mica and said I could use the photos. 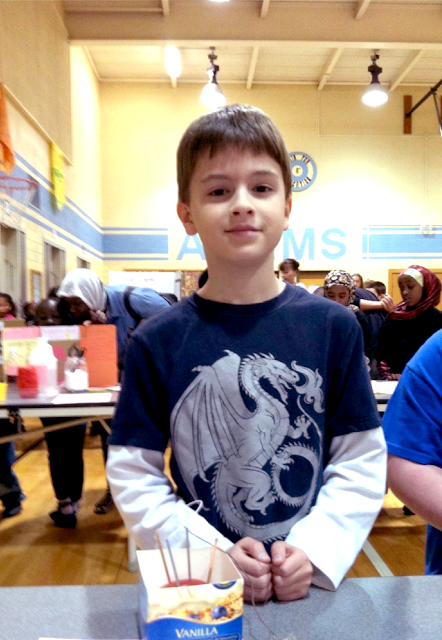 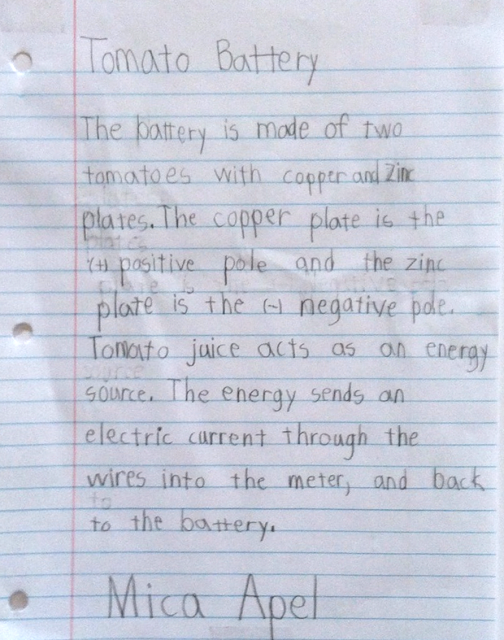 way to go Mica!
You have a smart boy on your hand...
lol, science fair.. broxton is only 4, but i am already getting nervous about those days!

How cool!! Good Job Mica!! When it comes to science, I am way out in left field.

Great job, Mica! My 8 year old has a science fair coming up in 2 weeks and I am excited to see how his turns out.

Congrats to him on placing two years in a row, that's awesome!

Congrats on placing! Science is hard. I hate it when my girls ask if they can do the science fair because I know I can't offer much help lol.