No Sew, No Velcro Cape

I got the idea for making capes on my friend's site: Jolly Mom. I initially was going to follow her cape pattern. It was right there to use. How could I not? The capes I was making are for older kids.

Mica's having a Captain Underpants party. I said it could only be for his family party. I didn't want him running around in underwear around his friends. Even so I made him wear tan shorts with underwear over them. Mica is the type of kid that wants it all for his party. I give him what I can. For the rest I say, "Tough!"

If you are not familiar with this character here he is:


It's an odd comic where toilet paper is his weapon. So strange, but Mica and his cousin Evan like him. It got him into reading chapter books.

I ended up sort of making up my own cape. I'm going to walk you through the steps. 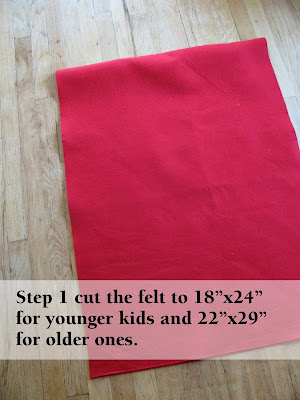 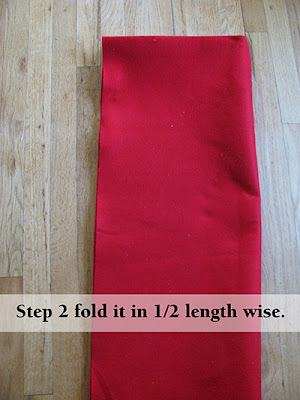 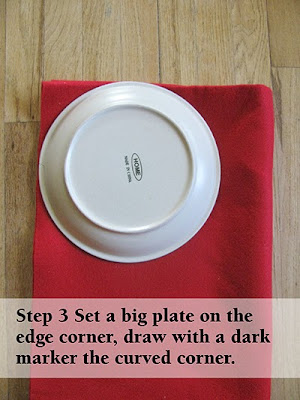 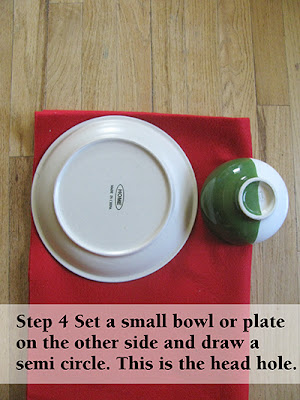 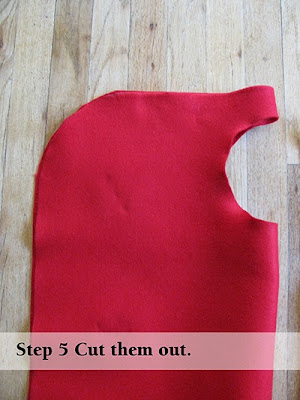 I wasn't too excited about this next step. Captain Underpants has a red cape with black dots. Mica had to have the black dots. I thought it would look a bit like a watermelon, or ladybug. It does, but it's his party, and his cape. We made black dots. It works well to just trace around a jar with chalk. You can make whatever pattern for the capes that you want out of any color of felt. 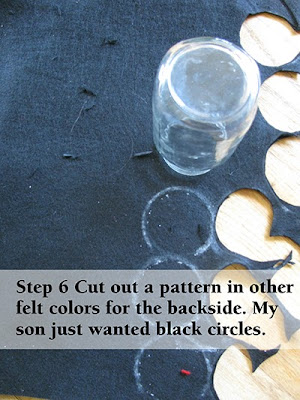 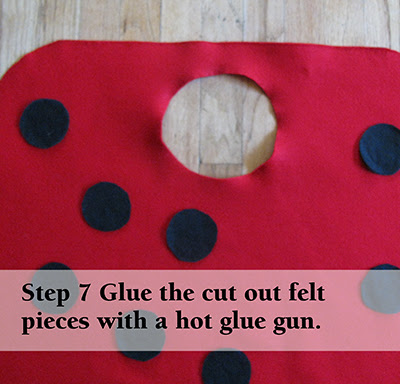 You can leave the bottom straight, but Captain underpants doesn't have a straight bottom cape. I cut out a wave type pattern. 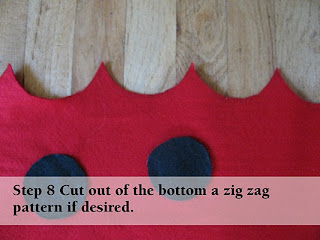 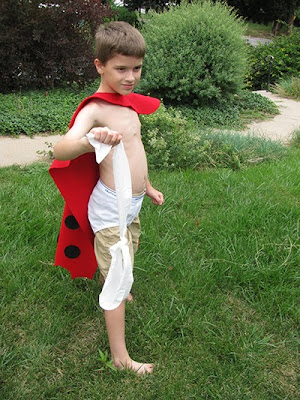 Email ThisBlogThis!Share to TwitterShare to FacebookShare to Pinterest
Labels: cape, Captain Underpants, no sew, no Velcro

How cool! I need to get one of those books for Pierce. Wonder if he'd like them? He's really been into the REady Freddy books this summer.

that is HILARIOUS... and awesome :)
we went to a friends party recently... and she had made capes for all the kids for their take home favor.. it was AWESOME and so much better than sending home a bag of candy or whatever.

Love it! Super easy craft and he definitely looks like Captain Underpants!

Oh my gosh Alissa... that turned out GREAT. You are so clever.

I had a kid who loved that whole series of books. :) The cape is very cool!

How cute is that! As long as he is happy with the cape-that is what matters! That actually sounds like even I could make that but no kids to make it for!

Brilliant. I just paid something like $15 for a cape for my oldest when we were at Six Flags. I could have made 5 of them at home for that much money.

Very cute and super simple. Those books came out when my boys were 'too old' for them. I know they are very popular. I am sure the party was a big success.

How cute! Being no sew means I would actually be able to make this!

That is fantastic! What a simple make as well :) x

I love no sew projects!

Thanks for sharing with us at Creative Mondays...

I have never heard of Captain Underwear. I hope he has a great party and you did a great job with the cape.

I have always hated those books! But kids love them and if they are reading...yay! Super cute idea!

Love This! I bet your boys just love their capes. I remember when my daughter was younger, this book was all the rage!

I heard about Captain Underpants but never knew he look like this. This is a nice project. My little one kept on asking for a cape. I might follow your tutorial when I get the chance.

Btw, followed you via G+ and Pinterest. Have a nice day ahead.

My son's a HUGE Captain Underpants fan. And this? This is awesome. And I love that it requires no sewing whatsoever - right up my alley! At least your son didn't want to be Super Diaper Baby, no?