I was contacted by PBS Nebraska to write a review on Dstrctd Drvng.


This is a 30 minute documentary, which takes an in-depth look at distracted driving in an age of cell phones and other electronic devices, and what law enforcement, safety organizations, families and others are doing to raise awareness and increase safety.

I watched a segment of the video online. It started out going over the dangers of cell phones and driving.

Whenever I drive anywhere I see someone on their cell phone. I sometimes use mine when I'm at a stop light. As soon as the light turns green I let the person go. Usually I'm checking in with Daddy. It's easy for me to say, "Talk to you later." Even though I'm at a light I shouldn't be using my phone. It gives others the wrong message. As for myself, it would be so easy to just keep talking. That's where I could run into problems.

Talking on the phone can be just as bad as drinking and driving. Some people multi-task better than others. We live in a fast paced society. We think we can get it all done, and having a phone handy is easy. Distracted drivers are 4 times at risk for getting into a crash.

Imagine if you were in an accident due to talking on your phone. You could hurt a whole family!

30 states have outlawed texting and even talking on cell phones while driving when the premiere Dstrctd Drvng goes on air. Nebraska is one of three states to make these secondary offenses, meaning a driver can be pulled over or cited only if another traffic violation is observed. Safety experts expect the danger to increase with 300 million wireless devices already in use in America. The program gives a personal glimpse into the lives of those affected by distracted driving, and considers issues like Inattention Blindness, a cognitive condition that describes the working of the brain while it is multi-tasking. 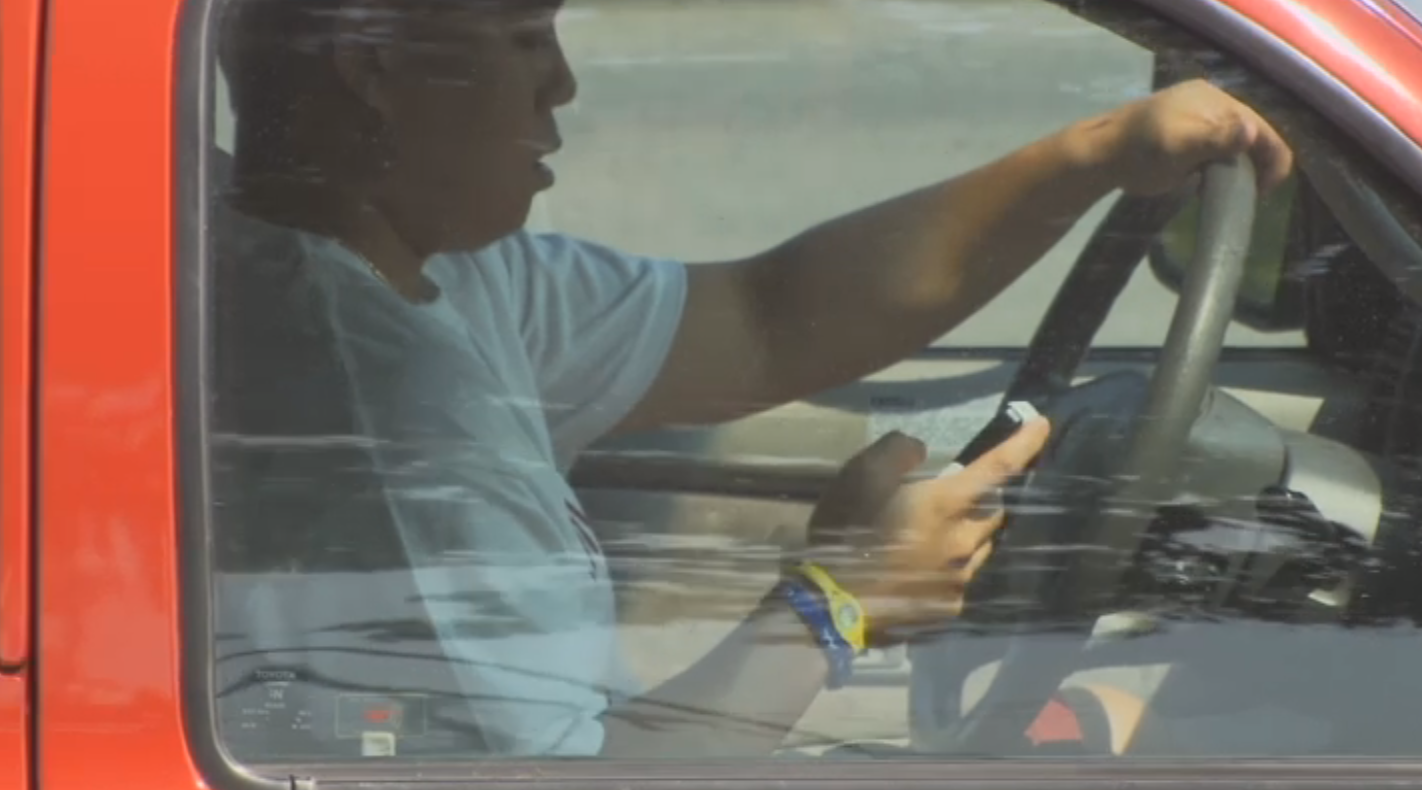 I'm an instructor. I have problems with my students using cell phones when I'm talking daily. It's a problem in my classroom, and even more of a problem on the road. Lives are at risk on the road!

Disclaimer: The opinions on the post are my personal take on the product. This blog is a personal blog written and edited by me. I was under no obligation to review it if I so chose. Nor was I under any obligation to write a positive review. I did get products to help with the review.
Posted by An Apel a Day at 3:32 PM

It sounds like an important show that everyone should watch. I wonder if this is going to air in Boston.

It's an honor to be asked to review the program by PBS.

I don't use a cell in a moving vehicle. I'm dangerous enough as it is without that. Slower reactions, poor vision.

People who drive and talk on their cell phones really piss me off. Every time I see someone driving like an idiot, they are always on their cell phone. I do not use mine at all when I am driving. If my kids are in the car, I do have them answer it to tell the person I am driving, I'll call back when we are safely parked. I don't understand the I have to be on the phone when driving mentality. People drove just fine without a cell phone strapped to their ear not even 10 years ago. What changed?

And this is an issue I hope catches on very fast. We have seen semi truck drivers (more than once!) coming off the road, only to see they were texting when we went to pass them.

wow, how very lucky. I would love to be contacted and do a review. You go girl :)

That's awesome you get to be in the program. Congratulations!

I agree that this is a very important issue that must be addressed! I think my daughter had to watch something in school about distracted driving. Have a terrific Tuesday!

I get so upset when I see someone driving stupid... and then see them on a cell phone. Jeesh!!