Dead Horse Point State Park is in Moab, Utah. It features a dramatic overlook of the Colorado River and Canyonlands National Park.

The park is so named because of its use as a natural corral by cowboys in the 19th century. 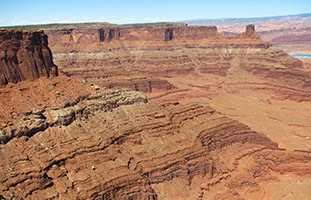 There was this blue water below that was so perfect. 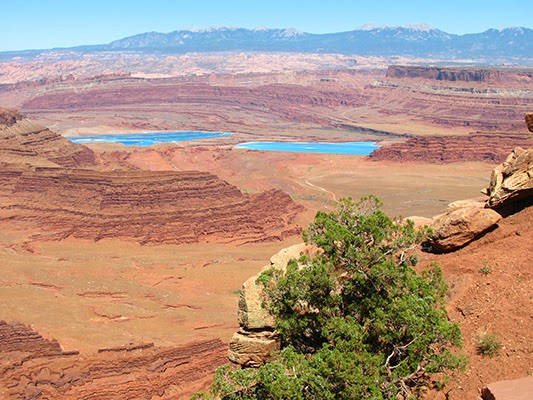 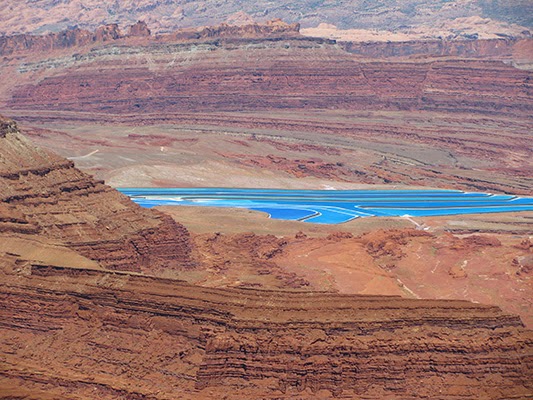 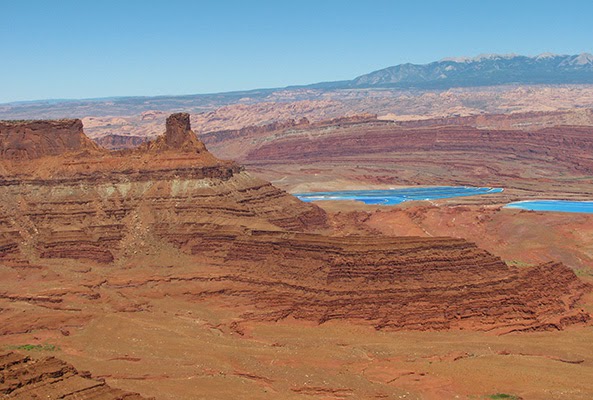 When we got to another spot there was green, murky water. The rock was so much darker in that area, in comparison to the other area. 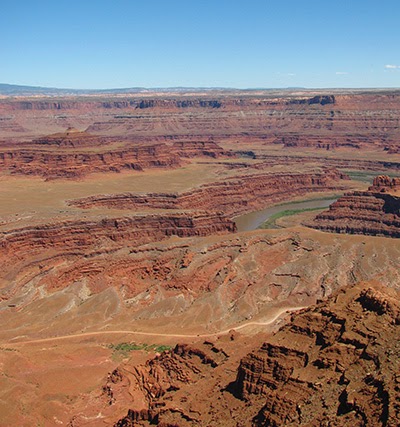 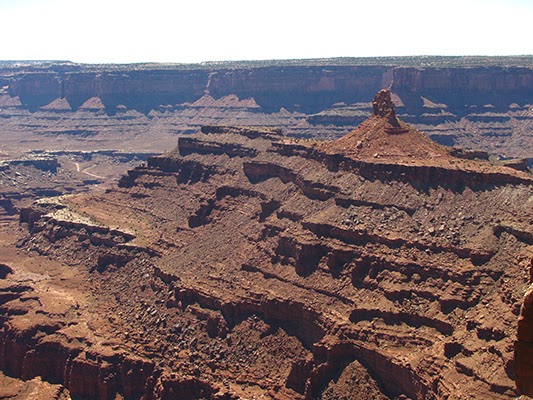 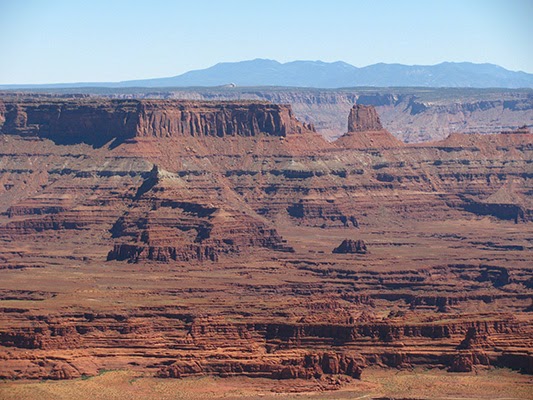 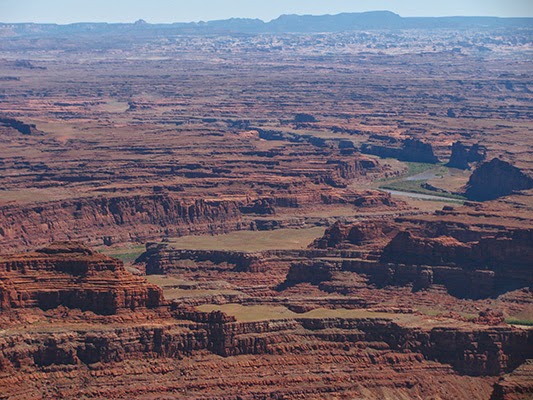 Up where we were was pretty to! I saw an animal scurry past me. It was too fast to see what it was for sure. I know it's dry up in that spot, so there aren't a lot of animals. 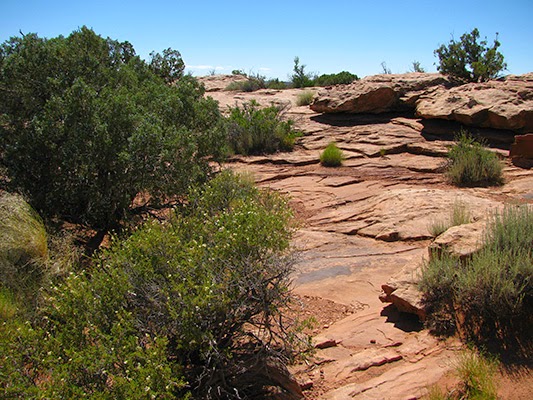 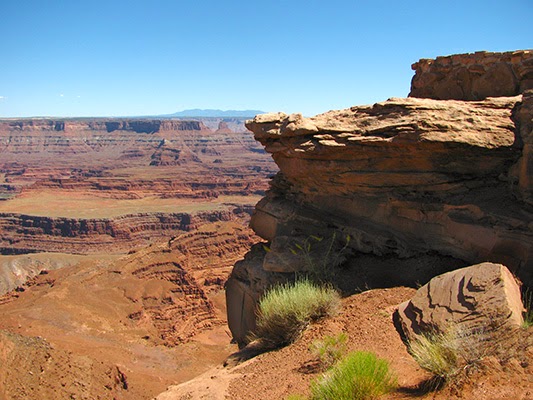 Isaak- "Take a picture of me Mom!" Mica kept running all over. 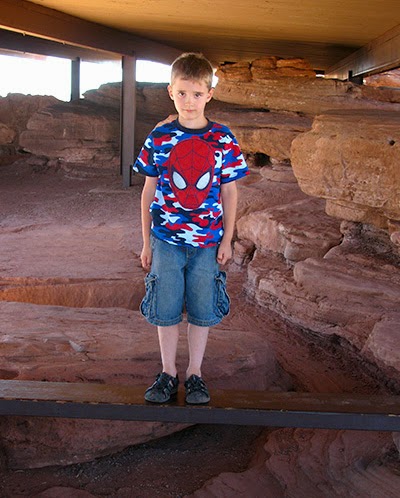 The view was breathtaking! 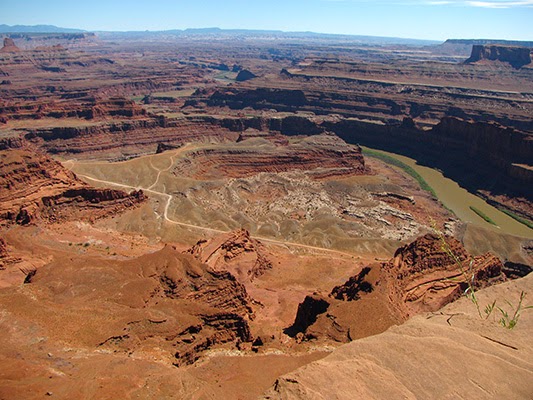 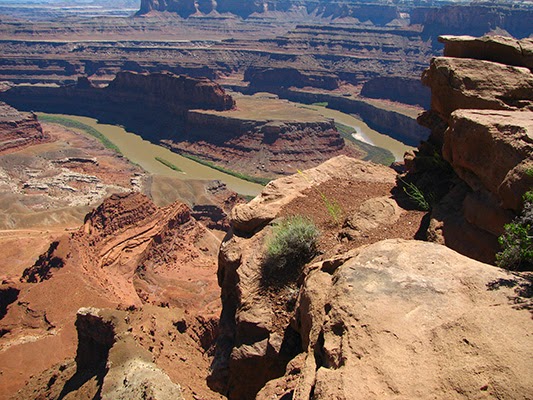 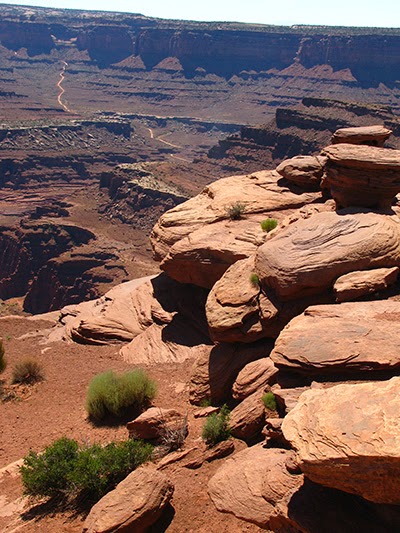 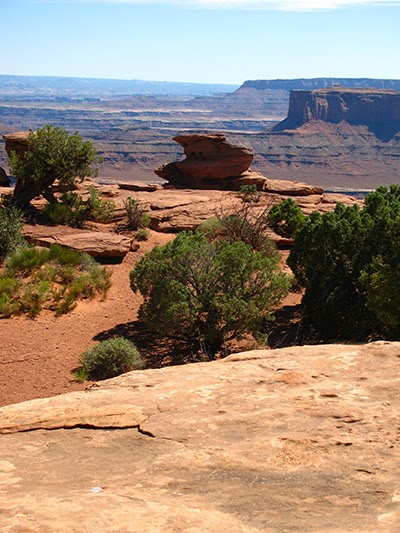 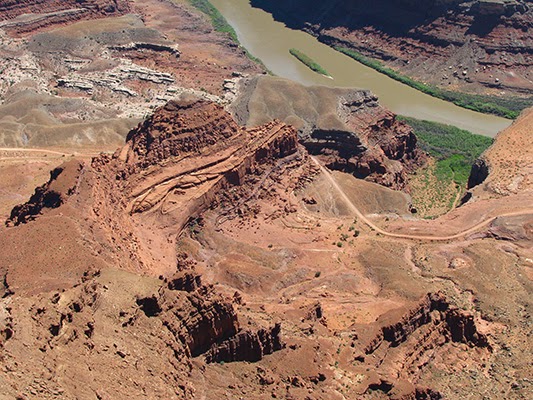 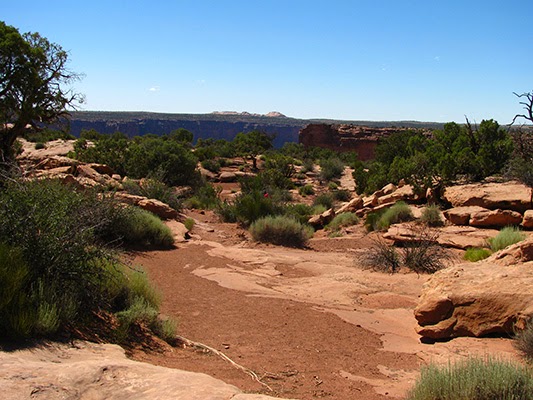 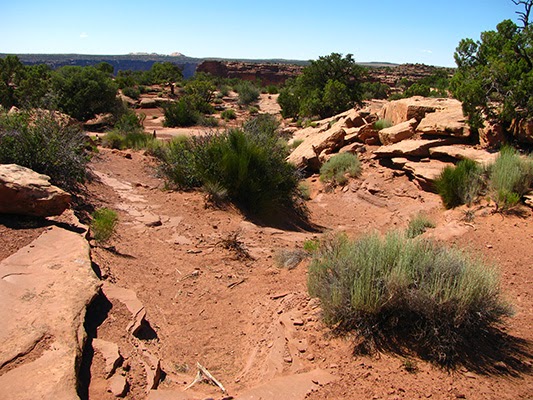 If you have a minute please enter my low entry giveaway: The Rockee Toothbrush by Violight - 8/1/14 US
Posted by An Apel a Day at 2:30 PM


have a tanfastic week & thanks for pirouetting by ;-)


PS: Not sure if your aware but your sidebar has moved down, looks like a coding/tags error.

Looks nice. Wish I was out there right now, on the trails.

I have been to the Grand Canyon and it does look very similar to your photos.

Amazing views!! Thanks for sharing.

Our planet is so breathtaking!

Amazing. The view is really breathtaking and the landscape is so awesome! I am thinking of so many nice adjectives but one thing is for sure. Its so worth visiting this place. Thanks for sharing =) #magicmoments

Now that I must see one day

What a sight to behold! Majestic would be a good word to describe it.

wow the contrast between the blue waters and the brown soil is just stunning!

The view is amazing! Thanks for sharing these gorgeous photos!

Those are certainly some breathtaking shot.. really stunning scenery

Your photos are breathtaking! They remind me of our trip to Arizona over spring break. Have a terrific night.

Thanks for sharing these! I've never been so it's exciting to see such great shots. :)

Cue the western music and the call of vultures...

What an incredible view - and the blue of that water is almost unreal!

The view is breathtaking. I've always wondered what Utah looked like, these are great.

What a gorgeous view!

Looks amazing! I would love to take our kids there :-)

Yes, photos are great, I like to visit this beautiful place!

What a great vacation you had. I bet you wish you could of stayed longer.

Lots of rock variations. I love the blue water against the sand colored cliffs.
Faythe @ GrammyMouseTails

These look too beautiful to be real!

Breathtaking! I really need to venture out to see this part of the world some time.

Oh, how I wish mountains could talk. You can see where water use to be, and I always said that before I die I want to see blue water naturally, and you have. Thanks for sharing. It's gorgeous. Thanks for stopping by. Sure hope you make it a habit! :) I made sure I'm following all your social networks! :) Have a great day.

oh my Alissa...it's gorgeous! I really wanna go there myself...thanks for all those fabulous photos..happy WW and happy holiday...

That is a very pretty place and that water is absolutely beautiful. It all looks so serene.

The views certainly are breathtaking. Great shots! Sorry it took me a while to visit this week. Busy, busy, busy. Have a great week!!

Hi Alissa, great shots you've got there! Thanks for dropping by my blog too. :)