I ran into a road block. Yes I messed up. It happens with directions and me sometimes. I marked down that it was on 108th and Pacific instead of 180th and Pacific. A big difference! The phone number on their ad wasn't working. I'm assuming because the place is so new. I drove around, and it just didn't seem right. Sure enough when I got back home I realized my mess up. Mica rolled his eyes at me.

Blocks and Bricks is a place that has a ton of bins filled with Legos. They have birthday parties, and tutoring classes there. I'm really surprised that more places aren't open like this.

I'm not sure if the tutoring classes involve Legos, or not.

There is a big Lego wall as soon as you enter the place:

We sat down and just enjoyed building. My boys weren't top notch with how they felt that day. They were good enough, that I would have sent them to school. No fevers. We washed our hands, and kept to ourselves though.

Mica was a little bummed they just had pretty standard Legos. Nothing too out of the ordinary. There were Lego books around, but not the right Lego pieces to build what was in the book. We all had fun building something though. 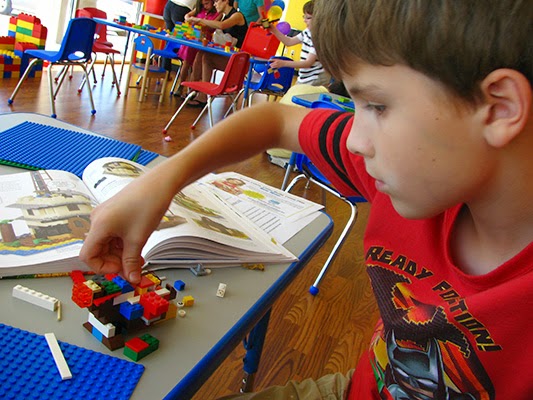 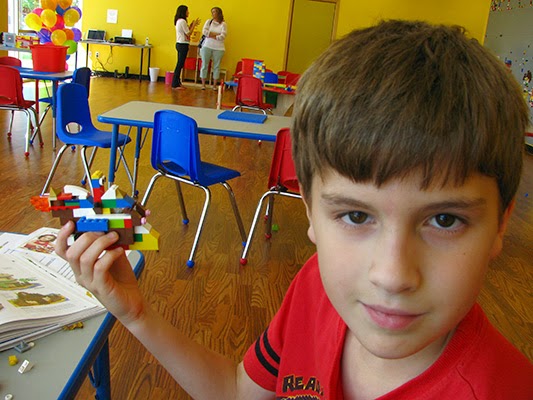 Isaak built a little field with a house. 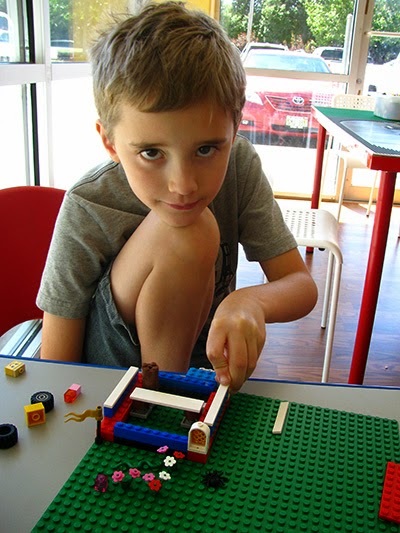 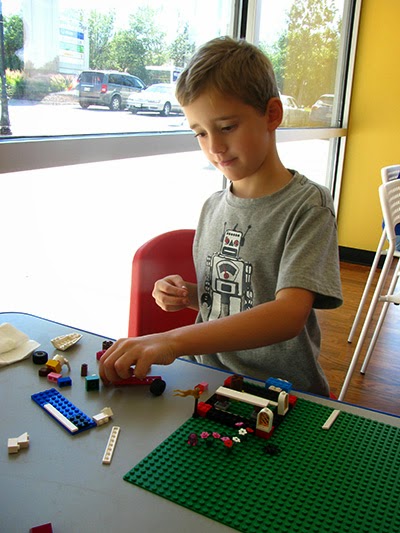 I built Frank. Yes I named my Lego man. 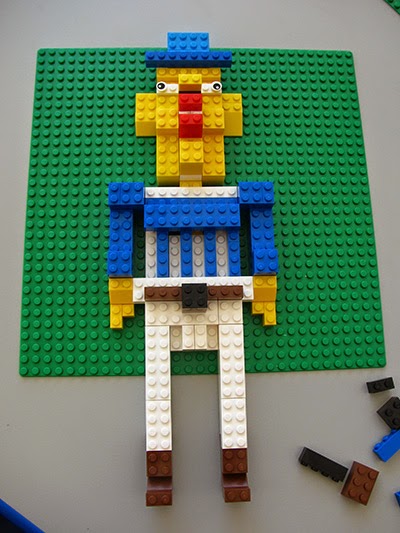 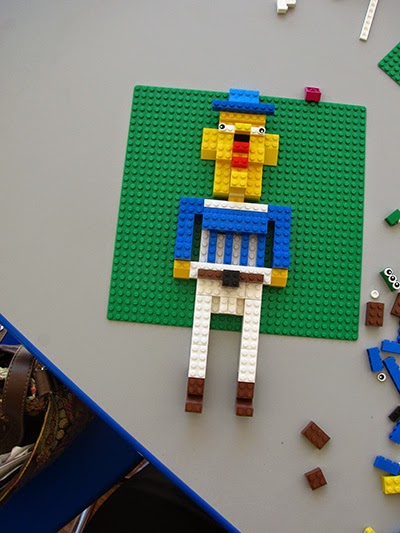 Isaak built this awhile ago, but I never posted it. It's a Lego bow tie. I thought it was pretty out of the box thinking on his part. 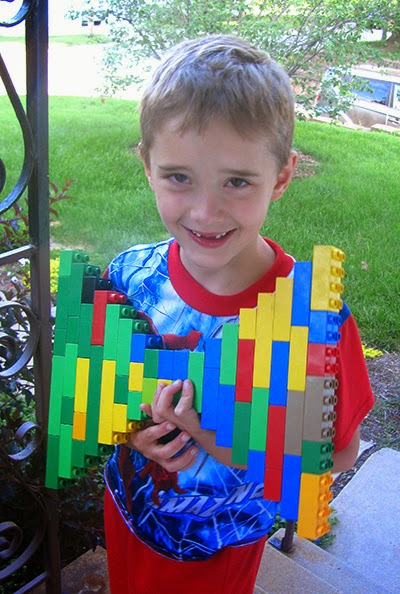 Email ThisBlogThis!Share to TwitterShare to FacebookShare to Pinterest
Labels: legos

I can remember Lego things from when my kids were little in the early 80's. But I don't think they were the phenomenon then that they seem to be now.

Frank and the giant bowtie are so cute! Perhaps they will bring in more Lego pieces to build more interesting designs later when more customers come in. Hope so! The concept of the shop is good though :)

My two would be in heaven!

Thanks for the reminder that this is now open! My son is going to love visiting this place.

Ooh I wish we had one here!

Too bad they didn't have more creative pieces to work with, but what they did come up with was still pretty great!

The bow tie is super awesome!

I used to love playing with Legos when I was a little boy!!

we need more of the basic ones... all the sets have the 1x1 or the flat ones, hard to use them to build fun creations ;)

Legos have become so popular. I remember them from years ago. A lot of the shapes are different... they added more.