I was given Pure Yacon Syrup to review. It's a natural sugar substitute. I'm pretty careful about sugar substitutes. Studies on Aspartame have been really bad! Yacon Syrup is a sweetening agent extracted from the tuberous roots of the Yacon plant, which is indigenous to the Andes mountains. 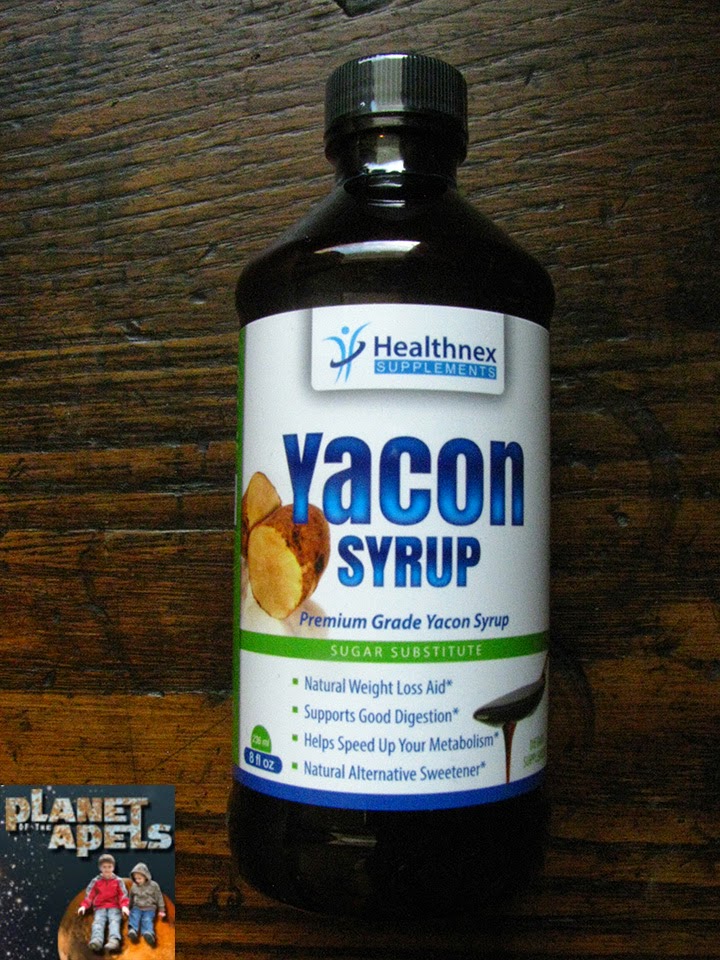 It contains up to 67% FOS (Fructooligosaccharides), which among other benefits helps produce the friendly bacteria Microbiotas improving the function of the intestinal tract.

Unlike many other sugar substitutes and low calorie sweeteners Yacon Syrup has a high fiber content and aids in the lowering of cholesterol and your blood sugar levels. It's great to use if you have diabetes in your family.

It Helps Boost the Immune System, and With Weight Loss

Yacon Syrup naturally boosts weight loss as it not only acts as an appetite suppressant helping curb your appetite and your calorie intake but also by boosting your metabolism and increasing energy levels helping you burn more calories.

Boosts energy levels in the human body allowing you to burn more calories. 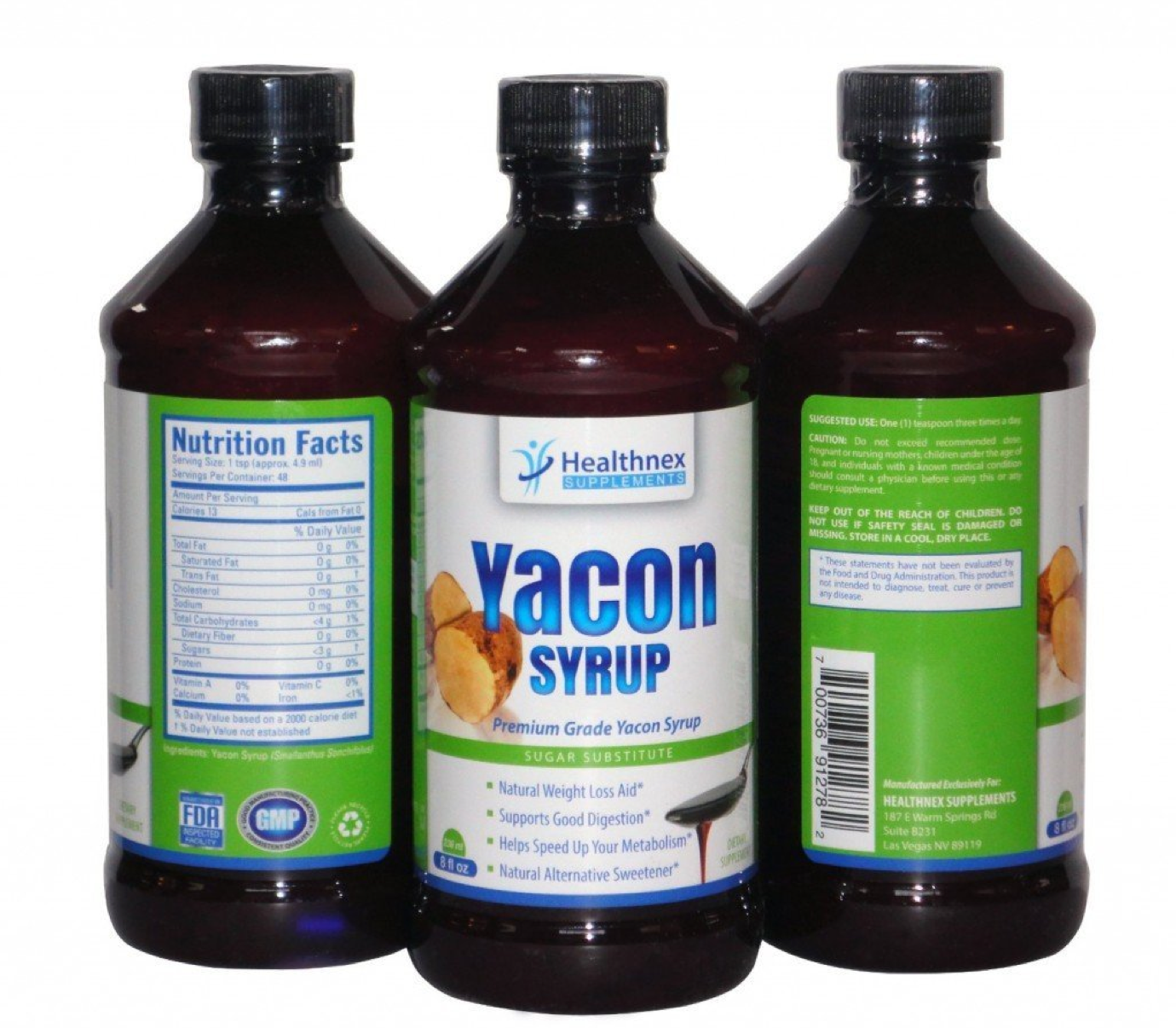 .
I've mentioned this before on my blog: Yacon Syrup tastes more like molasses than sugar.

What can you use it in?


I've been trying to stay away from making things like cookies {except for bake sales at my son's school}, but you could use Yacon as a substitute for molasses. Any cookie that has molasses in it - use Yacon Syrup instead.

I've used just a spoonful in coffee, and in smoothies.

I Also Make My Own Concoction:

This is great for if you have a cold, dry cough, or just simply feel like drinking something besides water.

Fill a small mason jar with 2 sprigs of thyme, or rosemary. Stuff it with slices of lemon wedges, add finely chopped ginger, add 4 whole cloves, and pour 1/2 the jar with local honey, and the other 1/2 the jar with Yacon Syrup. Put in the refrigerator for a few hours before use.

Add a spoonful, or 2 to your water, stir, and you have a wonderful drink! 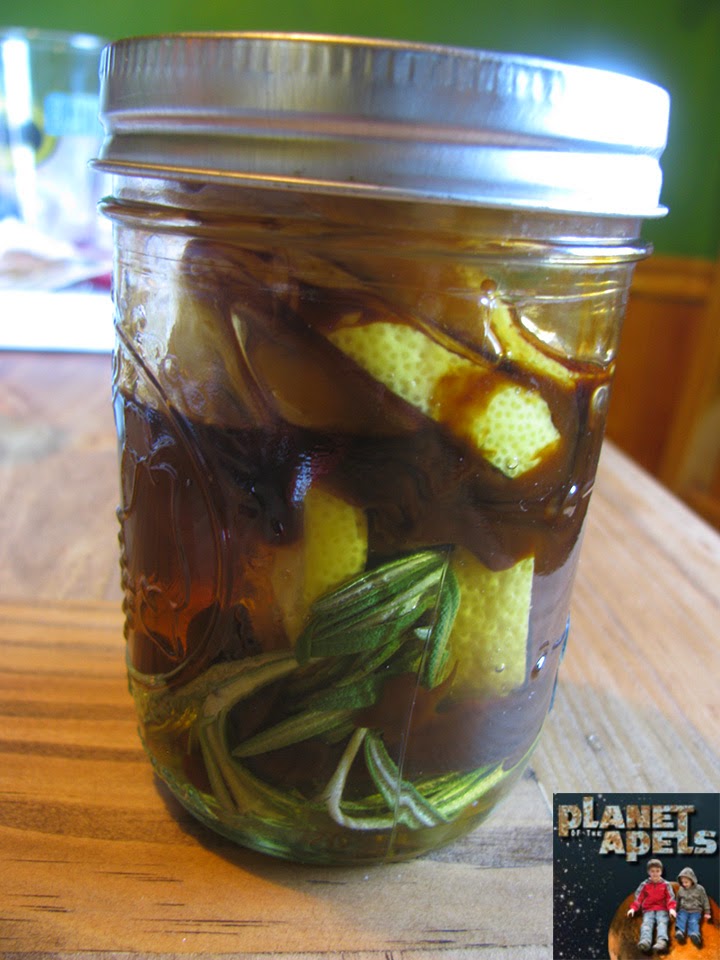 I received one or more of the products mentioned above for free using Tomoson.com. Regardless, I only recommend products or services I use personally and believe will be good for my readers.
Posted by An Apel a Day at 9:11 AM

My mom used to make molasses cookies and I forgot all about them until now. I think I'll ask her if she has the recipe still. I don't have molasses or Yacon Syrup in the house, so I'm not adverse to trying the Yacon for some cookies. :)

I am not at a point at my life in which I am prepared to eliminate sugar from my diet, but this sounds great if I should ever get to that point.

I have never tried Yacon syrup, but I am game to try it. I have already stopped the sugar.... 7 years ago.

The concoction sounds great! I am all for something that tastes like sweet lemon water!

we dont really use sugar here... except when making sweet tea....