I'm now asking myself, Why were they fighting over this toy? I wouldn't want to mess with this man if I saw him on the street. 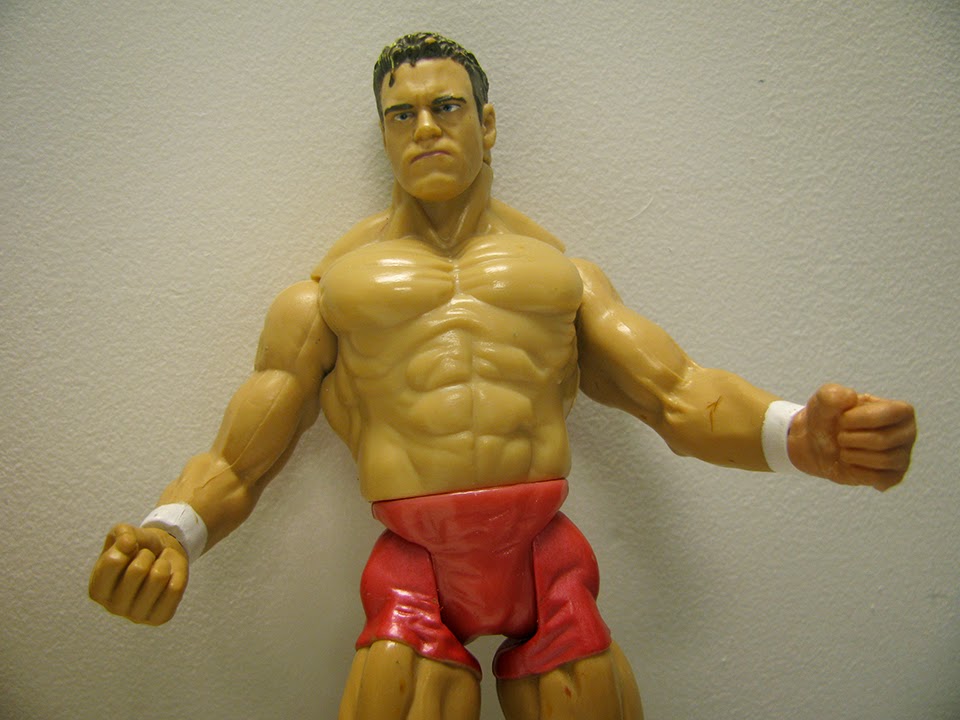 He has bright pink spandex shorts. 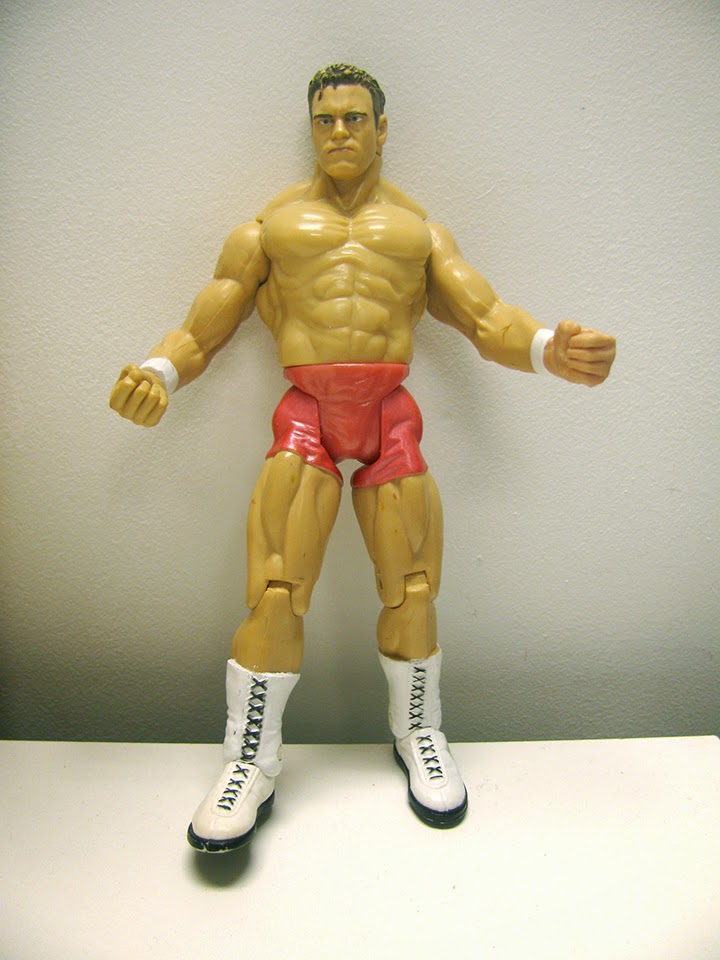 His face is as mean as can be. One of my students saw him in my computer bag and said, "Why do you have a toy in your computer bag Mrs. Apel?" I said, "I took it because my sons wouldn't stop fighting over it." My assistant and my student played with the toy for 10 minutes. I have no idea where it originally came from.

Do you have any toys laying around that you have no idea where they came from?

Yes, have no idea where Lil Pumpkin gets her toys sometimes! haha.. think they are from my mother in law :P

Nope, I know where all the toys come from and they scare the daylights out of me most of the time. They're the dogs squeeky toys. She loves them & her new ones from Christmas are the loudest. Everyone gets her toys at Christmas time. What do they think I miss toys being all over the house? NOT!!!

My kids would love that, too. They love wrestling, although they have never seen any of the shows. The kids talk about it at school, though, so mine would fight over this muscle guy because he looks like a wrestler.

That's funny you took it to work!

That is hilarious! My kids fight over toys all the time.

I don't know what makes me laugh the most...
You not knowing where that thing came from-
You actually having a toy that looks like that -
Or that you took it to work!
Ha ha haaaaaaaaa
Have a great day

LOL looks like you have yourself a muscle man that you don't really want.

I'm pretty sure the kids in my class would fight over that toy too. They are always calling themselves Hulk and Superman and crazy names like that. :)

I don't really see the fun in that toy.

looks like a fun toy :)...I never have the muscle man. He looks like Hulk, but not green :)

How funny! He looks like one of those old wrestling dolls.

Doesn't matter what it is, seems like siblings will fight over about any toy. I'd say it's a vintage wrestling doll of some sort.