A few years ago we bought the boys ukuleles for Easter. 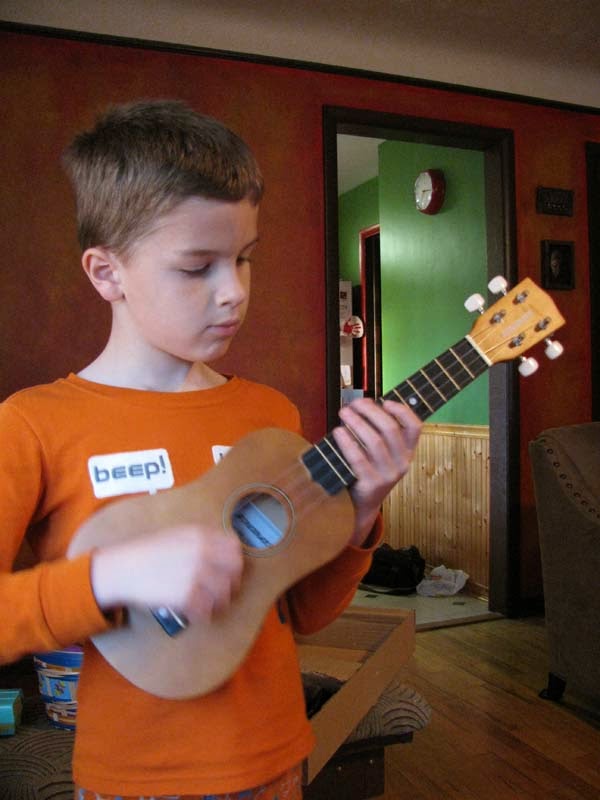 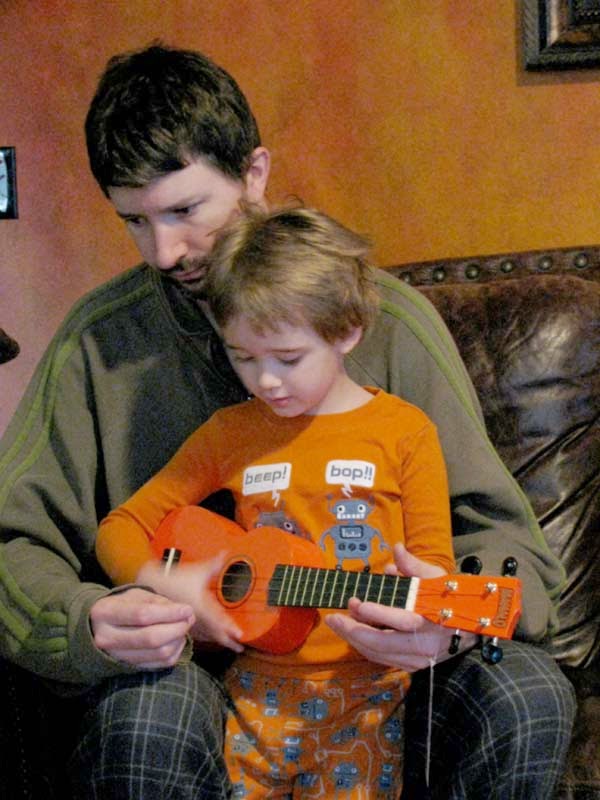 They played them a little, but mostly they were one of those things that got set in their closets. Recently Mica's taken an interest in getting it out, and playing it. He watches YouTube tutorials on playing the ukulele. You've got to start somewhere right?

I looked up bands, singers that play ukuleles. Lisa Hannigan came up. I really love her music. It's calming.

Between writing her first album - 2008's Sea Sew - and its eagerly awaited successor, Lisa Hannigan's life has changed in many ways.

She was nominated for the Choice Music Prize in her native Ireland. Hannigan has conducted her life as a solo artist up until this point.

Ukuleles are such a fun gift. My oldest would love one!

We sold a ukulele that we had found at a yardsale a few years ago.

The paint video was a bit weird, though I do like her mellow sound. She seems like a very happy girl!