My kids spent the night at my sister's house many weeks ago. I like to return the favor. Not just for them to have peace and quiet, but also because the kids enjoy it. I'm not sure how peaceful it is for them anyhow. They have 2 other very dependent kids: Emerson that has special needs, and Edison that's not even a year.

It just so happened that my dear husband has Fridays off. He had a day planned of all kinds of errands he needed to get done. He was downtown. Bam our Honda Pilot wouldn't turn over. It wasn't a locked steering wheel; it was some other issue with the key. We were having another issue with it, but were waiting to send it in until it needed an oil change, or that recall part came in. Luckily he didn't have to get it towed. He took it in, and then got a ride from Honda to our beloved home.

Long story short there's a few things wrong with it and it will be about $3,000. That's when I want to cuss big time! Mother bleeper! Not to mention I found out the cost today on our anniversary. Happy 13 years...oh you owe $3,000 + the cost of a rental due to the fact that hubby works no where near me now. :(

Dad got home after a LONG afternoon. He got about 1/2 the things he wanted done, done.

Then my nephews came over. I had a wonderful coupon for Abby's. I pick up 4 sandwiches, 1 large fry, and 2 meals for Dad and I for about $18. Not to shabby. Then we all got green beans.

I got a call from the library, "Is Mica coming to the Avatar Lock-In?"


Ya I forgot that I signed Mica up for that 3 weeks ago. There was an extra opening at the Lock-In, so Evan and Mica went.

I guess they both ate 3 or 4 more pieces of pizza. WTH! They ran it all off playing laser tag. Yep they play laser tag in the library.

I was a little worried because Mica's friend from school was there with his brother. I was worried that my Nephew Evan would get left out. Nope Mica's friend's brother was the one that was left out. I hate hearing that. :( I dislike when kids get the shaft! On the up side they were both hot from running and running. They had fun.

Isaak and my nephew Elijah played so well at our house. Usually Isaak gets dissed with the big kids around. Not this time. They went swinging outside, they drew pictures and played tick tac toe on their Boogie Boards, played with moon sand, and dyed Easter eggs.

In the morning I made Cherry Coffee Cake (Mica begged for that one), we had our dyed eggs, steamed greens and fruit smoothies.

Elijah said, "I can't eat this egg Aunt Lissy. It's just too pretty to eat." He took it home in a baggie. 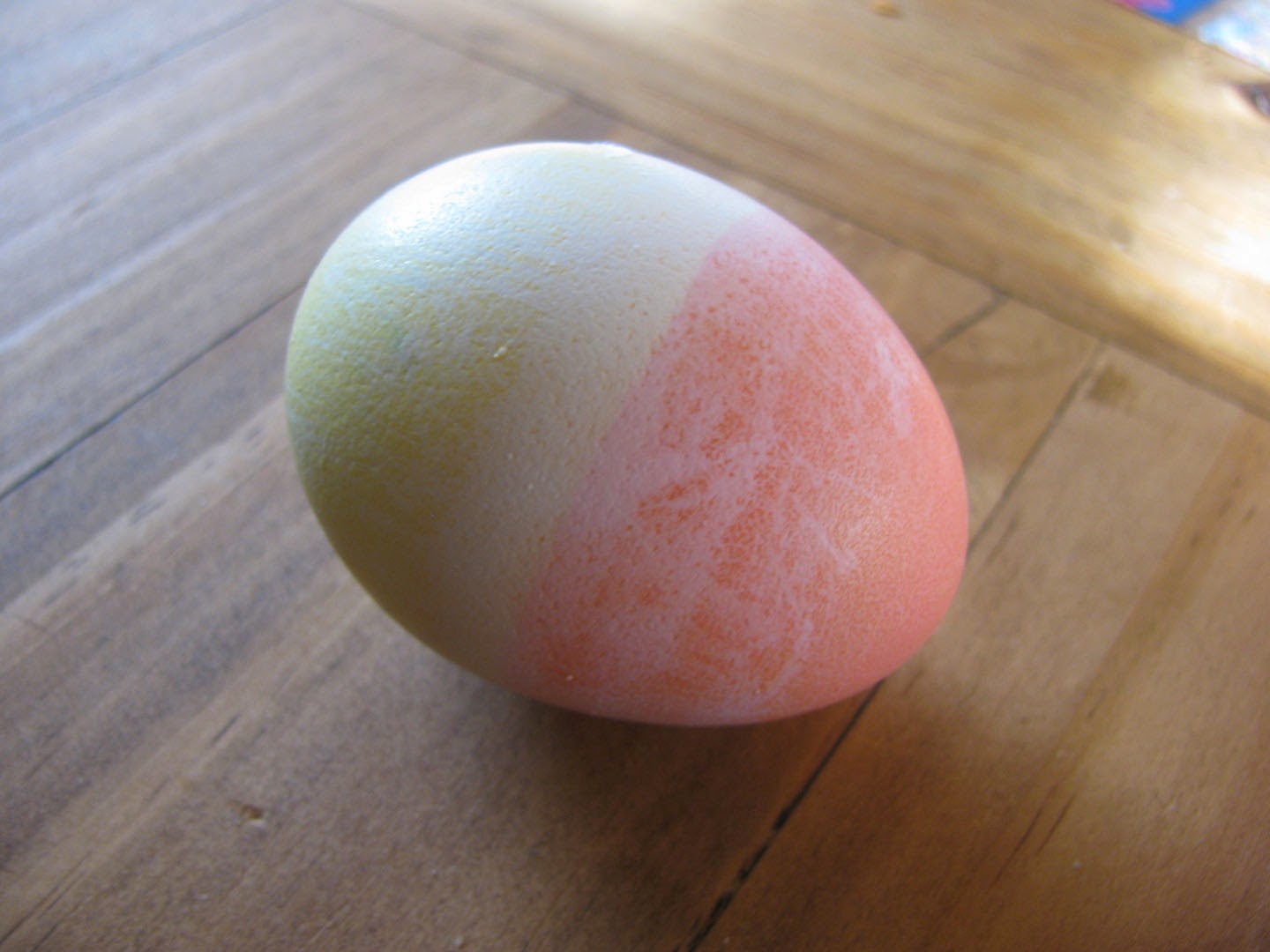 Just in case you haven't been around a bunch of little boys in awhile, this is what it's like:

I would never put that kind of money into fixing a car. If it is going to cost that much, I am getting a new one.

Ouch!
So sorry for the lovely anniversary gift... We had to spend that money a year or so ago and I hated it...
Glad the night ended up being a success for all the boys

It's kind of fun to switch kids off with the family. i used to do it with my sister too

Ugh! Car repair bills suck!
However, the sound effects were pretty hilarious! And for the record, girls make them too!

I know what it's like. I used to do that with my sisters too.

I was sorry to hear about your car. :(