We went on a 4 day trip to Missouri. This is an intro to the trip. The hard thing is, seeing everyone that we wanted to see. We both went to school in Kansas City, Missouri, and Travis' side is from Missouri as well.


The boy's cousin from Travis' side. We don't get to see him a whole lot. 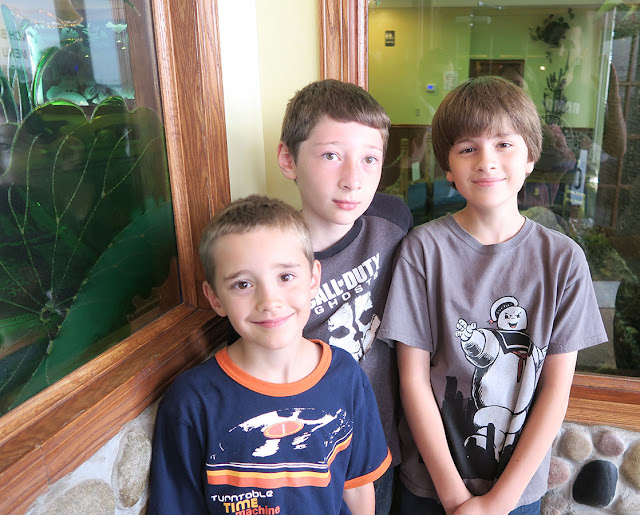 The odd thing was when we went to look up places to see in Kansas City, and realized that they don't have a whole lot that we haven't seen already. We went to their Lego Museum last time. Their Science Museum and Zoo aren't rated the best. Other then that it's shopping and looking at fountains. All of that we've done before.

We ended up going to their newish Ikea. The boys thought it was really fun to jump on their lit up arrows. That was cute for the first 2 arrows. Then Travis was done with that. I can put up with more boy noises then Travis. After awhile I was done to. I saw track lighting for our stairwell, rugs, and a few desks for Isaak that looked small enough for our house. I imagine in a few years we'll go back, and look again. I didn't end up buying any furniture. I did get 3 different slices of cake that we all split up.
1. One place that was fun to go see in Kansas City was a free self guided outdoor tour at a place called Shoal Creek. It was lovely because it was A) Free B) Looked like a town straight out of Little House on the Prairie C) Fun D) Something we hadn't done before. 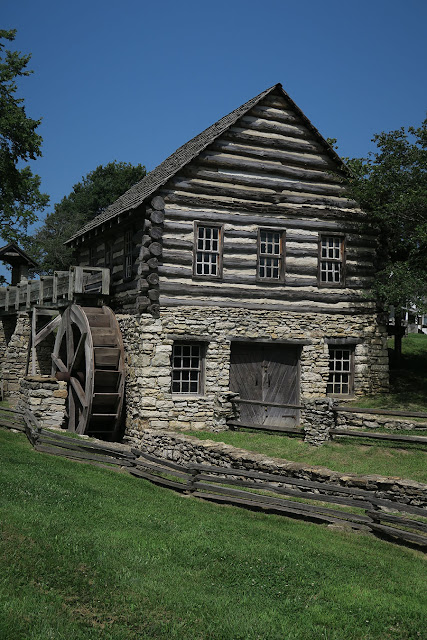 2. We went to The Crown Plaza, which was a disappointment. I thought we'd see something to buy, but nope. Their shops aren't that great. Even their Crayola shop wasn't that fun. We did go to their train restaurant called Fritz's. It's a hamburger place that delivers your food on a little train that rides around the restaurant. If you ever go there expect a line. The boys said right off the bat, "I'm not wearing one of those hats!" Isaak copies whatever Mica says. I pleaded, and they tried them on. They must be growing up. 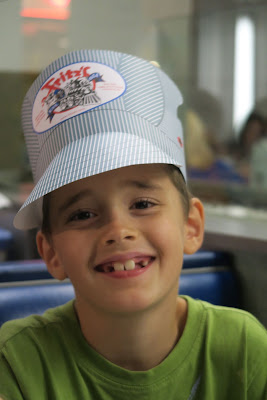 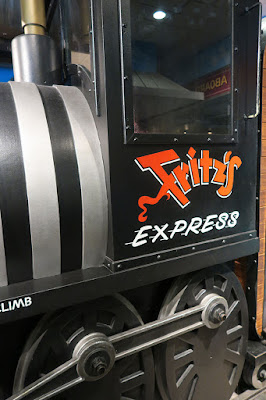 We stopped and saw some art to.

Closer to Saint Louis we camped for 2 nights.

3. We went on a cave tour at Meramec Cavern. That was my favorite spot! 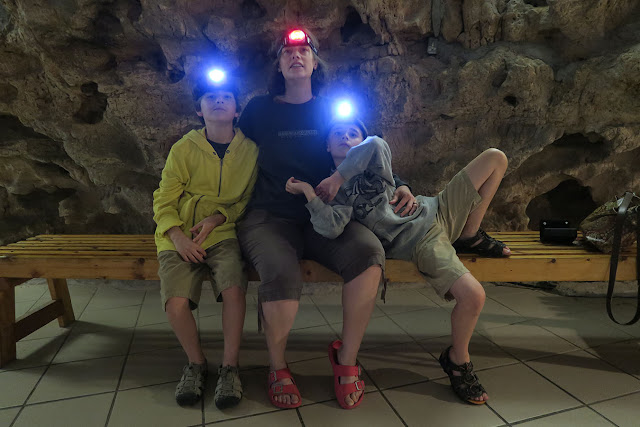 4. We went to Graham Cave State Park. There they had a free tour. Travis found a tooth of a mammoth (we're thinking) by that area. 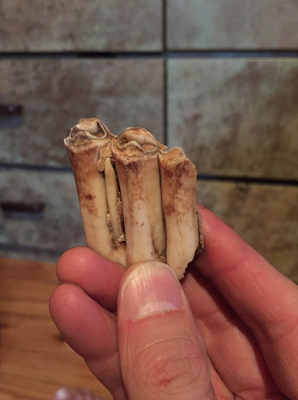 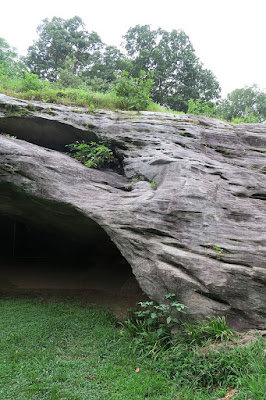 5. We went to a small town called Hermann. It's full of historical places. I wouldn't mind going back there! My husband has German family that settled there.

What an outstanding trip. Make me think I need to get up and go somewhere. The good thing about a trip is that when you get home, you appreciate home more.

My husband lived in KC for a while when he was in the military. He loved it out there.

Looks like yall had fun overall. No vacation for us this year.

I'd love to see Meramec Cavern sometime. We went to Kansas City, MO for the first time in February. Hated it and doubt we go back.

Sounds like ya'll had a blast! I'd love to go there sometime so if we ever do, I will be sure to look you up! ;)

That sounds like a fun trip! I like self-guided tours much better than having a tour guide. That way I don't feel rushed!

Short trips do make it hard to see everyone you want to see. They tire you out too