Another Artist is Gone

The ten + years I've been teaching I've had some artists I talk about in class pass. It happens. More and more are leaving the scene.

Maybe this means I'm getting old, or it could be that the artists just left the scene way to early.

I talk about Robert Rauschenberg. I don't talk about him because his work is amazing. There are some pieces he did that I love, and others that I roll my eyes at. The pieces that are all one color are the one color I roll my eyes at. The Erased de Kooning was an interesting story. At least there was a solid point to it. He wanted to erase a master's work to call that art. You can argue if that's art, or simply an act of destruction. De Kooning was looked up to at the time. Rauschenberg took a bottle of Jack Daniels to his house, knocked on the door, and hoped de Kooning wasn't home. He was. Rauschenberg asked if he could erase one of his works, and call that art. De Kooning said, "Yes, but it has to be a difficult thing to erase, and one that I'll miss." Rauschenberg took weeks erasing something that had all kinds of colors, and media. It's hanging in San Francisco Museum of Modern Art.

I talk about Rauschenberg because he was a problem solver. He was the type of artist that didn't start with much. When you have nothing, you have nothing to loose. He was willing to take risks. That's what I admired about him. He talks in the video Man At Work about walking 1 block around New York to find supplies. When he couldn't find enough he'd walk another block. From Rauschenberg and my own father I learned that you don't need fancy things to create. It helps, but it's not necessary. He went from a nobody to having his work in Guggenheim Museum. In his later years he traveled the world to work with other artists. He decided that the world we live in is too divine and small. "We have to start thinking globally." - Rauschenberg said 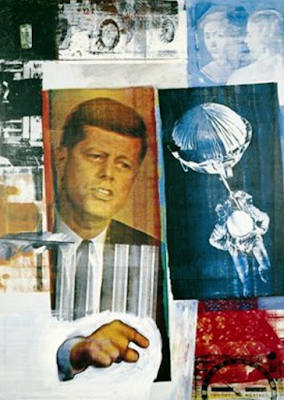 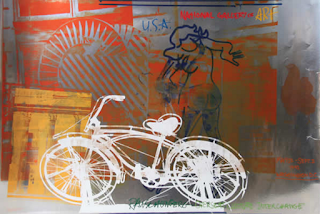 Another artist I talk a lot about is David Bowie. I teach hands on art and design, but his thought process was amazing. If you've never watched it, watch the movie Inspirations. It's expensive because it's not being made anymore, there are clips on YouTube, and they have ones that are used on Amazon that are more affordable. It doesn't just feature Bowie. There's Chihuly (glass blowing guy), Lichtenstein (pop-art dot guy), Tadao Ando (Japanese architect), a famous dancer, a famous choreographer, and Nora Naranjo-Morse (a Native American artist). Listening to these artist talk about how they get inspired makes me feel inspired EVERY TIME I watch it. It's so sad that Lichtenstein and Bowie have both passed away. They had such drive to make work. Not for others, but for themselves.


Mica checking out a Lichtenstein in Chicago. His work is so amazing in person! 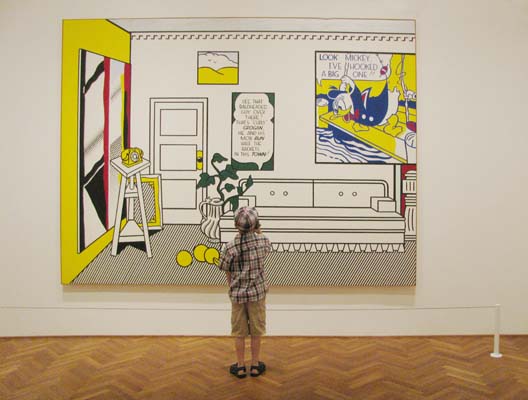 Part of the movie Inspirations:

David Bowie played Andy Warhol in the movie Basquiat. He sure did a great job! I like some of his music to. I don't listen to it all the time, but my favorite song is Under Pressure with Freddie Mercury.

Who inspires you and why? They can be alive, or no longer living.
Posted by An Apel a Day at 9:55 AM

RIP Bowie..He's certainly one of a kind..

It's a sad week.. Feeling kinda blue that Alan Rickman passed away yesterday too :(

So many greats passing away this year. So sad when we lose such talent!

We went to get shakes last night and Under Pressure came on the radio. :) I like that one too.

I actually listened to David Bowie years ago. RIP!