The boy's school has a Science Fair every year. Only 4th grade and up have to participate, but they strongly encourage the other grades to join in. Our boys has done it every year.

This year Isaak did his on earth worms and Mica did his on the sugar inside different sodas. 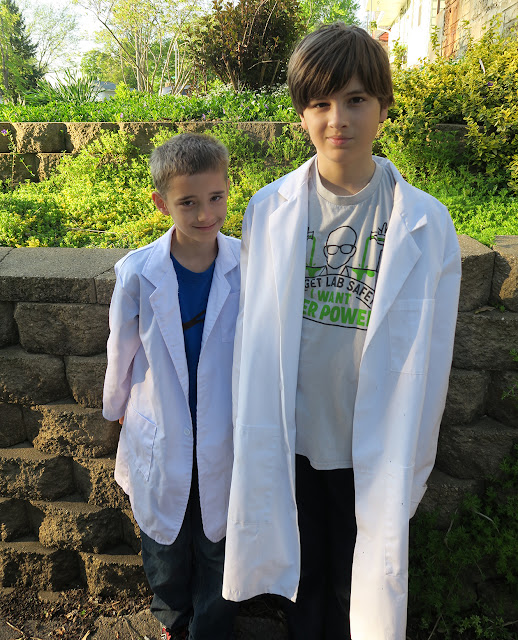 We got books at the library for Isaak on Earthworms. He picked out the most important facts about them, and did drawings of them from his books. He also had a mini compost bin that had big earthworms, compost, and dirt in it. 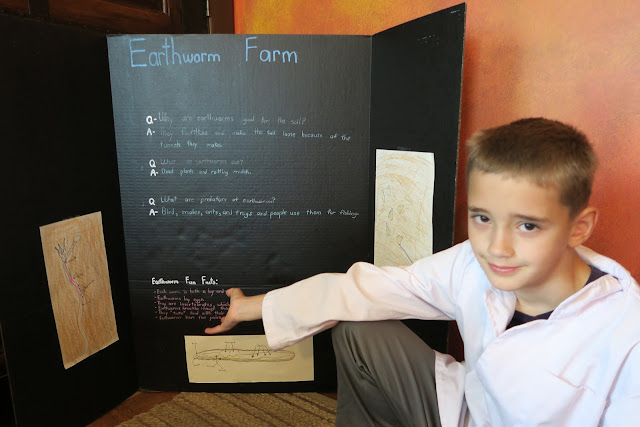 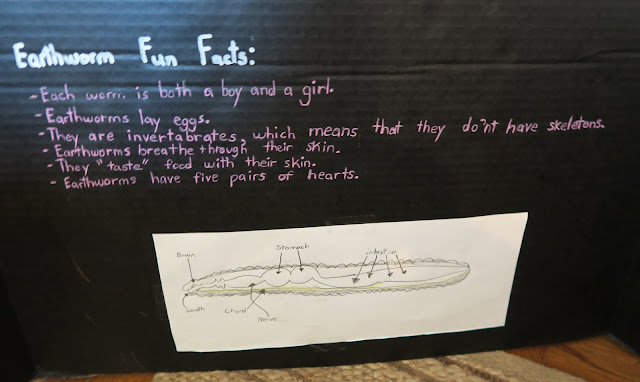 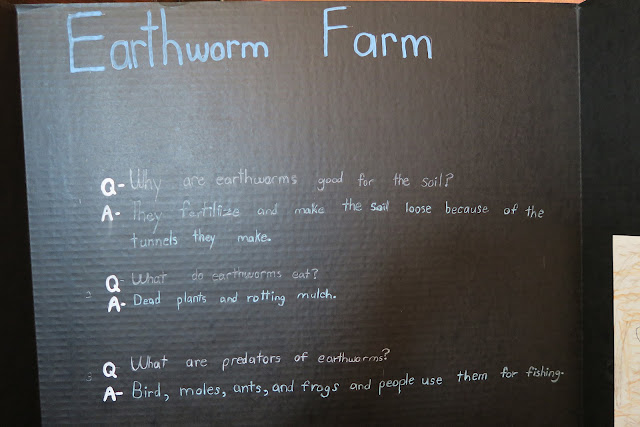 With Mica we helped him boil different sodas down to see how much sugary crap is in them. Then we weighed the amount of cane sugar that was listed on each can. He tested 4 different kinds. Mountain Dew and Root Beer won for the most sugar. They all had a lot more than we thought in the. It's good we're not regular soda drinkers. 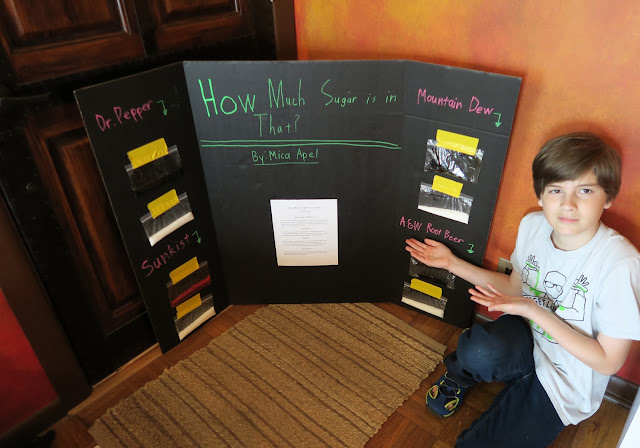 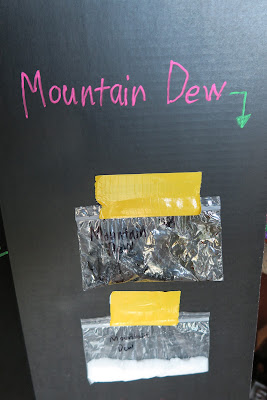 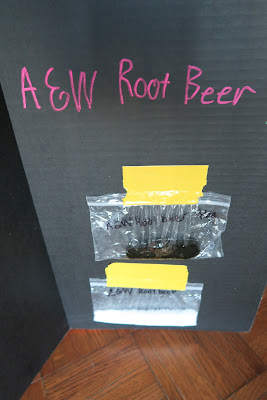 We went to the library, so Mica could type away what he wanted to type up, while we looked for worm books with Isaak. 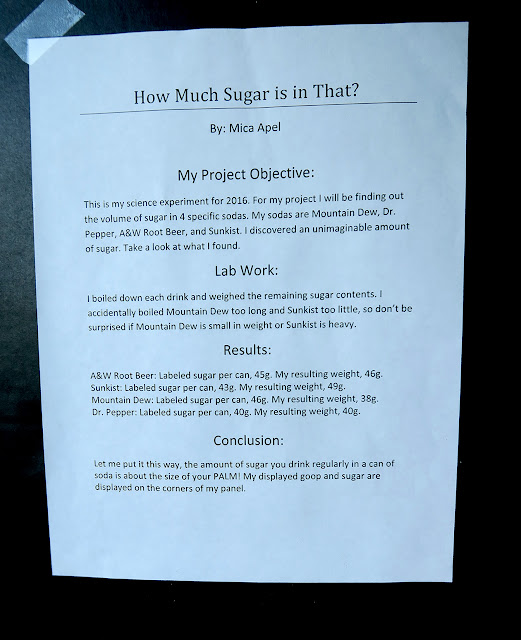 Mica found out that he won 3rd place a few days before school was out. He was kind of sad about this because in the past he's won 1st place. I told him that his project was good. Other kids do a good job as well.

I was bummed because he didn't get a certificate at all. In with his report card we found out that Isaak won 1st place! I think it's based on grade level, so he didn't beat out his brother. He was so excited he was jumping up and down. 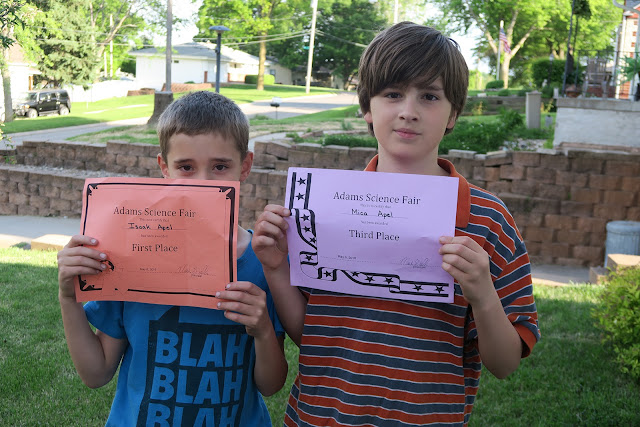 Well done to the boys it looked like they enjoyed doing it :-)

Wow! All looked a bit complicated to me! Well done lads

Congrats to them both!! That's awesome that they both placed. :)

I think they both did great! Good job, boys!

I agree! They did an awesome job. Congrats. to the boys. I wish they had done a science fair at my kids school. I saw a documentary about poor kids down south that drank Mt. Dew and their teeth rotted. Gross. Sad.

They did such a great job. Mine have not had a science Fair yet.

Congratulations to your boys! Great work all around!

Great job! I bet you are proud. Thanks for linking up for Wordless Wedneaday. Have a terrific day!

Awww both amazing! Congratulations to them!!! I so love that sugar exhibit. Its so amazing to see how sugar there is on our food!

Congrats to your boys! They are awesome!

your boys are doing great jobs indeed! Bo et Obi haven't join one but I guess they will soon..

Our kids here don't even do a science fair. I wish they did because they are so cool.

You must be so proud of the boys! Well done to them!

Not looking forward to the science fair days. I HATE science and will be no help at all.