I heard so many good things about Arbor Day Farm that I wanted to visit. After loosing my camera I wondered if it was all worth it. The boys were excited when I said there was a reward for whomever finds my camera - if it just so happened to be in the house. They could download an app on their Kindles that cost money.

The nice people at Arbor Day Farm found it. The boys were a little bummed, but I certainly was excited!

I love how Arbor Day Farm has text on trees. It's kind of fun seeing what they say. I didn't take photos of all of them. 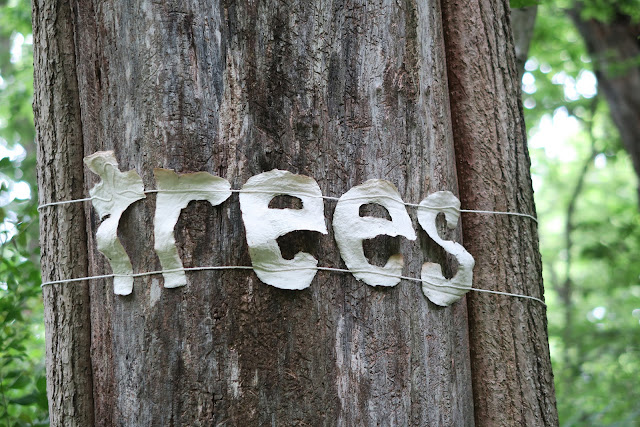 Of course there are a lot of trees at Arbor Day Farm. If you don't like to hike, this may not be the spot for you. I thought it was fun! 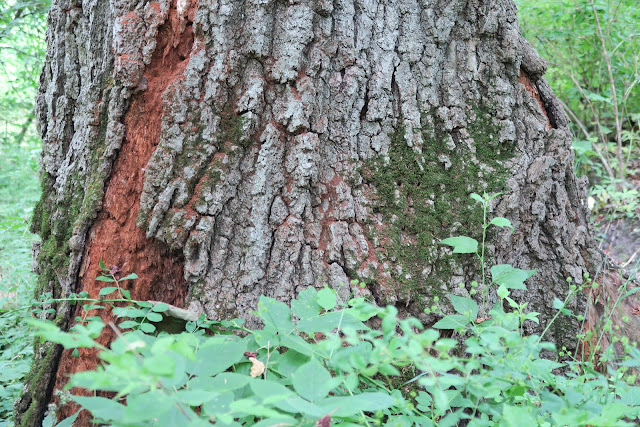 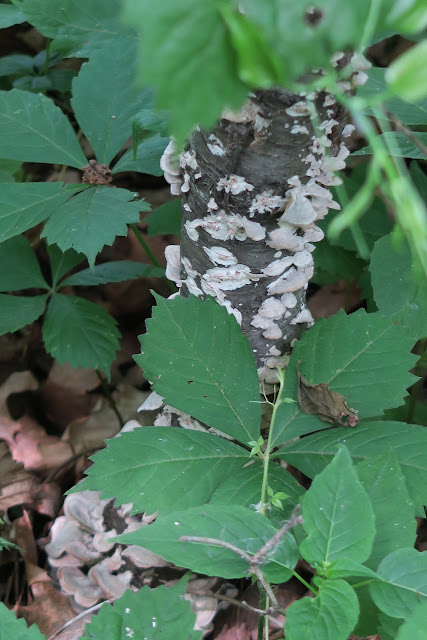 A crazy tree with all kinds of knots. 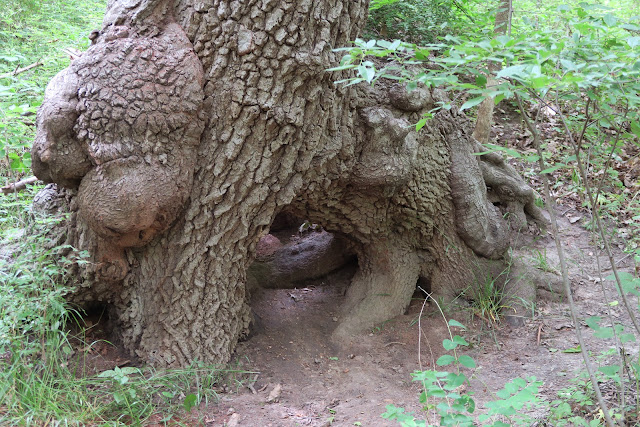 There were honey locust trees scattered about. They are known for all their spikes. There is a variety that doesn't have thorns. 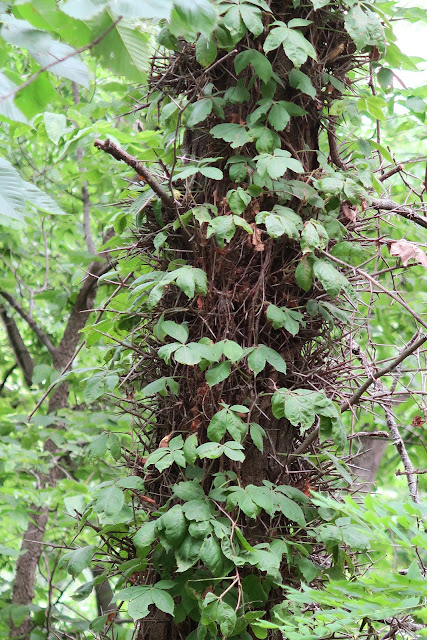 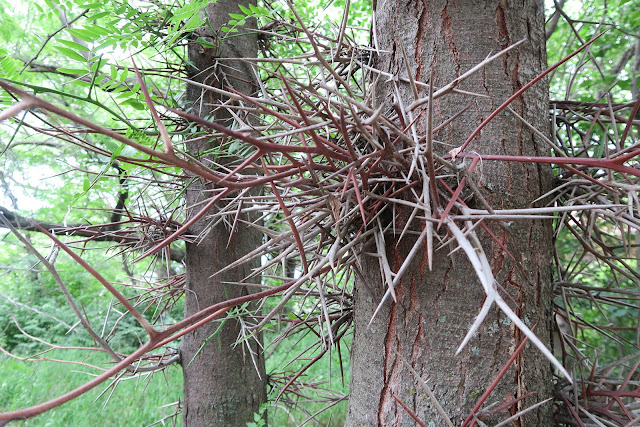 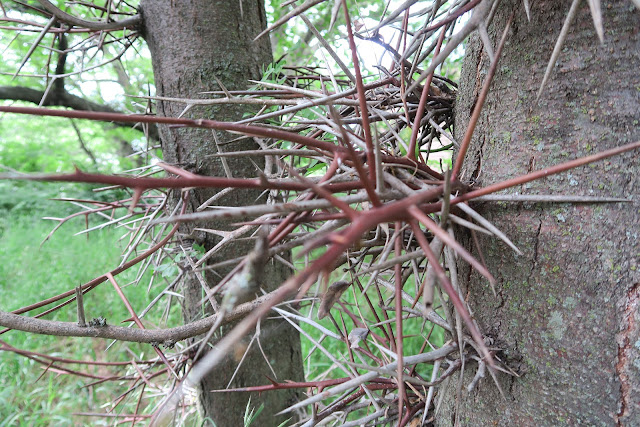 The Osage Orange Trees were all over. I guess the tree is great for making a bow for archery. They don't produce fruit you eat, but do produce a cool looking round ball that wards off bugs.

The fruit is also called a hedge apple, which is odd because it comes from an Osage Orange Tree. It does have a hint of an orange smell. The only edible part of it is the seeds. You can put them in your house to help ward off spiders.

The farm is filled with apple trees. It's most known for their apples. Apple season is in the fall. Had we gone in the fall we could have picked an apple and ate it. Our last name is Apel. It's actually pronounced Aay-pull. I've always called Apples, Apels. "Hey Mica and Isaak do you want to split an Apel?" I'll say.

I was most interested in their Scarlet Surprise Apples. They don't sell them in the stores, and they are red all the way through the fruit! 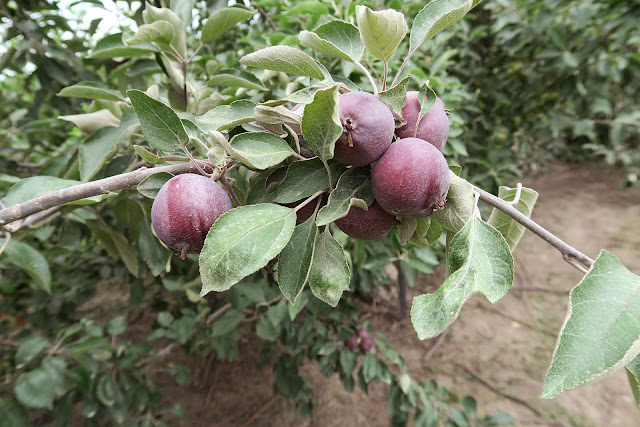 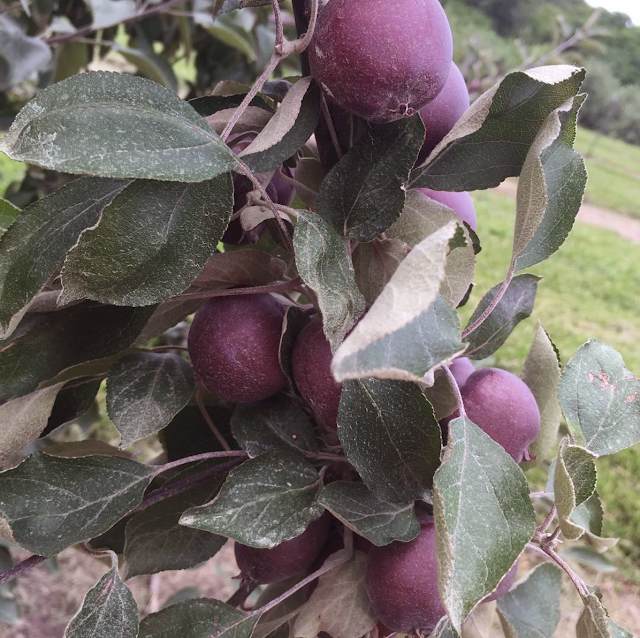 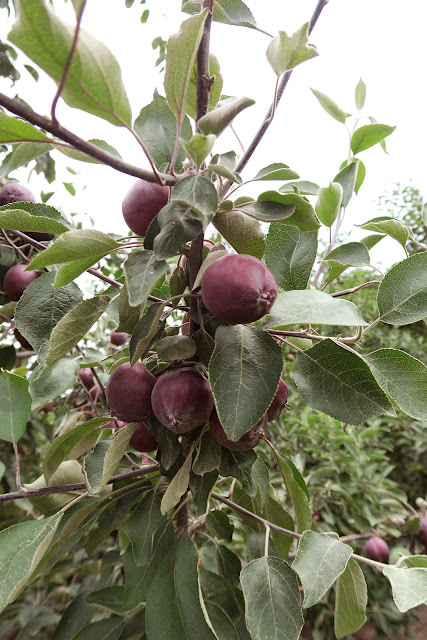 Another variety of apples. 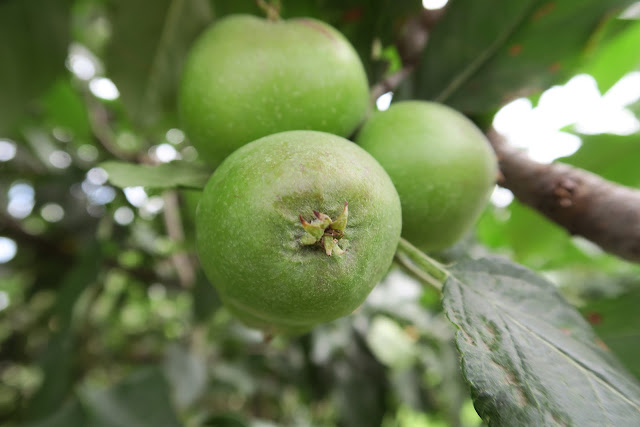 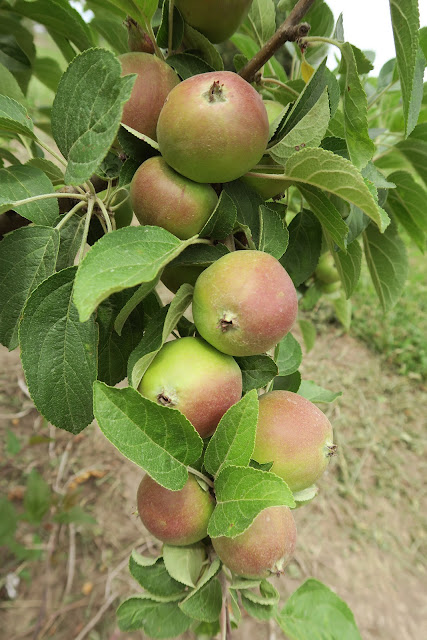 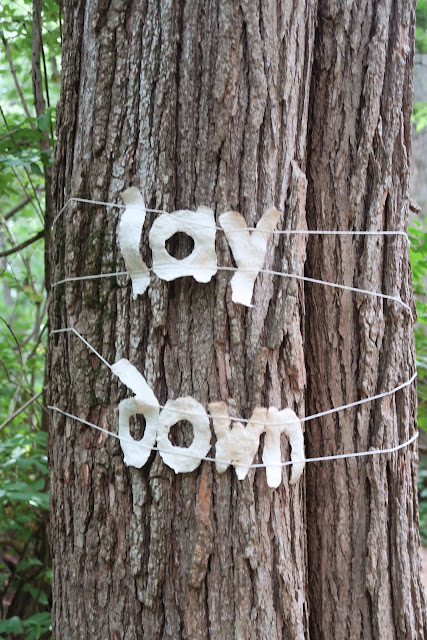 I don't remember if, "Lay Down" was by this installation, but it should have been. 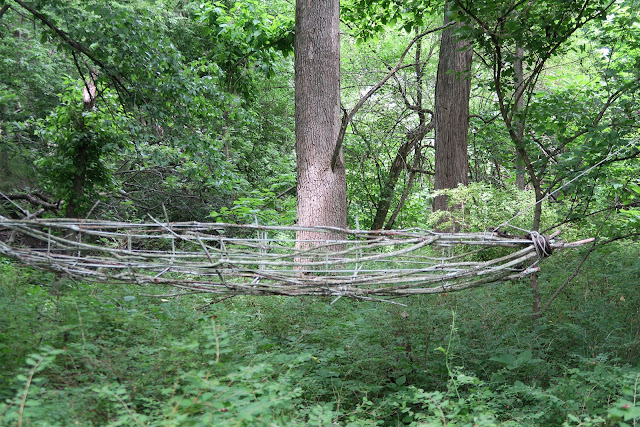 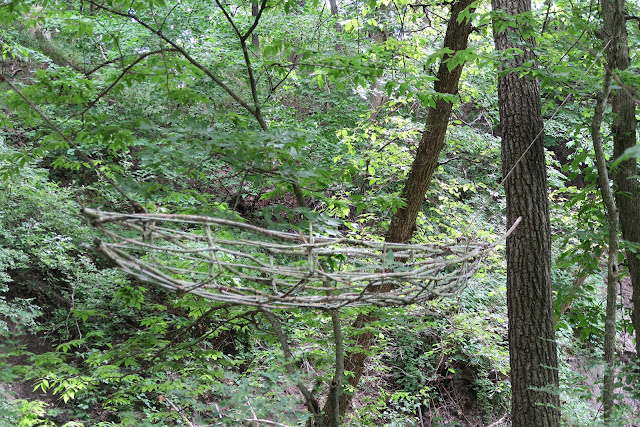 This was a weaving that collected all kinds of nature things. 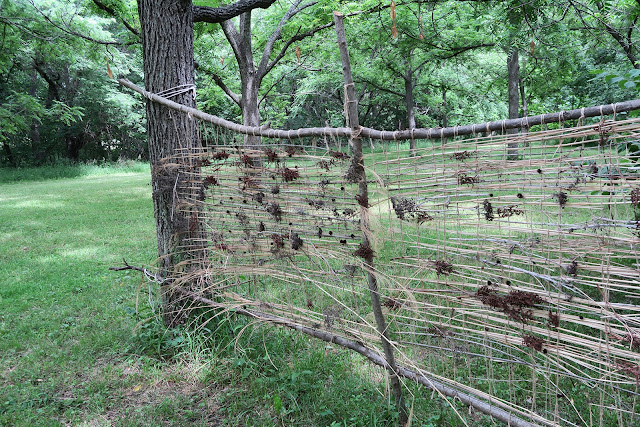 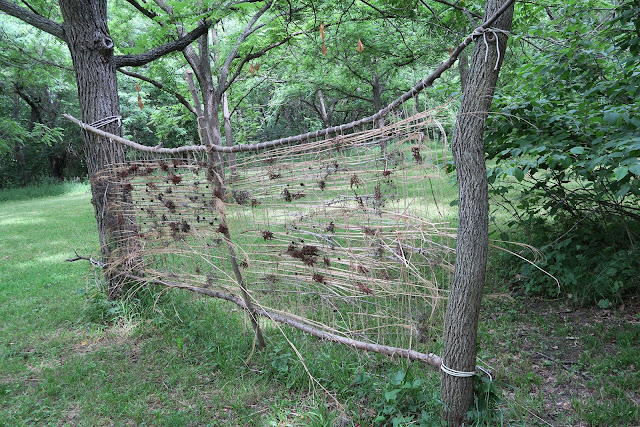 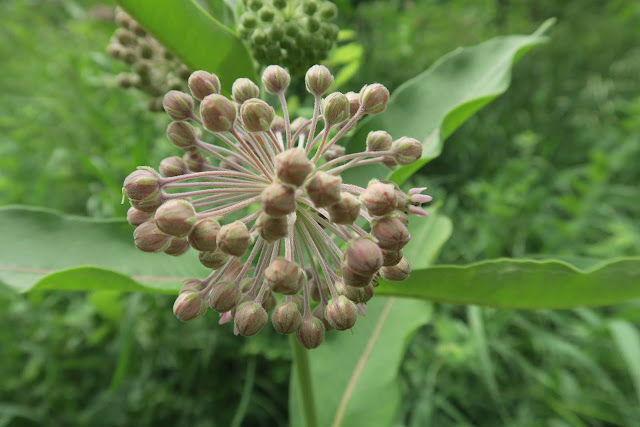 I'll end on the Kissing Trees. During this time where bad things happen in the world we all should give love. 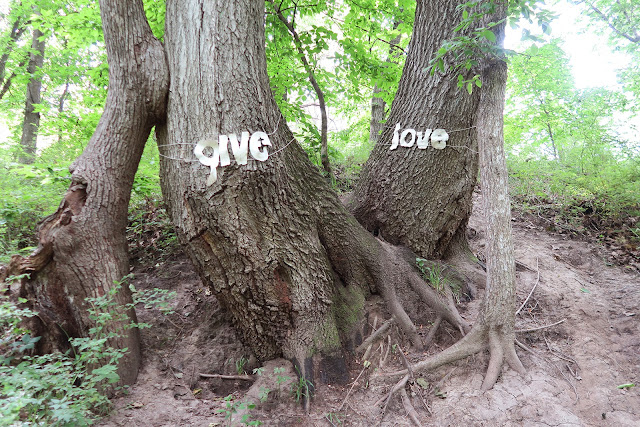 I could spend all day walking here. Those fruit trees would be very tempting for me. I also like the words on the trees!

it's beautiful and peaceful. I remember Muir Woods in San Fransisco..I should write about it as well :)

That looks like a great place to explore and take lots of photos.
Thanks for sharing, since I dont see a trip in the future