Inspiration of the Week

I hope this post doesn't come off as sounding negative. I really want the opposite. Four posts back I talked about going to Memorial Park. 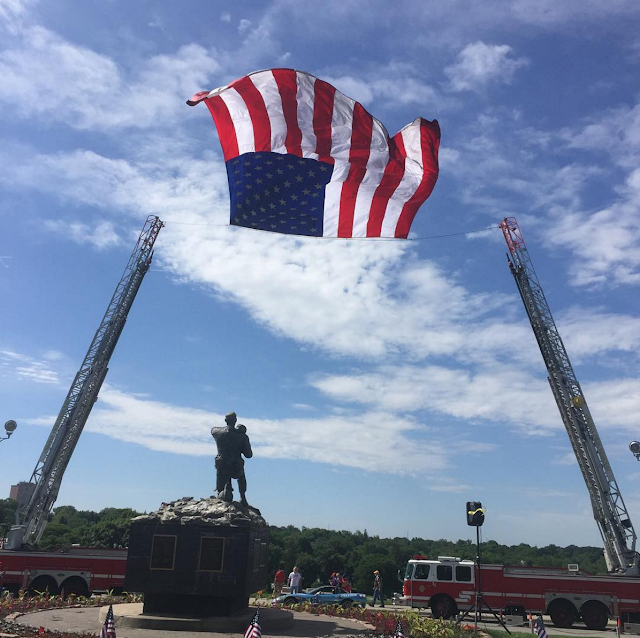 I mentioned that we got to watch parachuters jump out of jets, listened to speakers, had a picnic...

What I didn't mention is that we had one of Isaak's friends with us.

As soon as we got to the park Isaak's friend said,

You know what? I was thankful.

I was thankful because my kids aren't like that.

Mica turned to me and said, "Isaak's friend is spoiled! He gets to eat whatever he wants, which is lots of sugar. He gets to play Minecraft whenever he wants. It's turned him into a brat Mom."

I said, "Mica remember this situation when I tell you to get off your Kindle to do other things."

Mica said, "Thanks for making us do other things, and eat different things.

Later Isaak said, "My friend is picky with food, and all he ever wants to play is Minecraft."

I was so thankful that the boys get it! 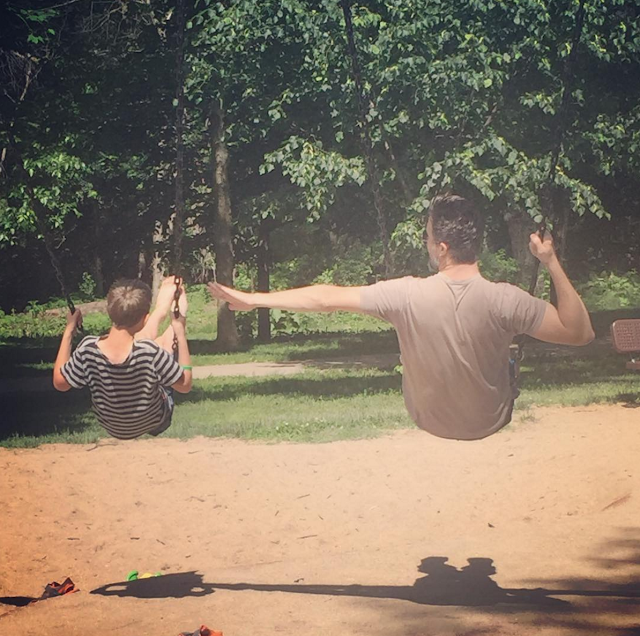 Then I got on Facebook and saw that my nephew Emerson that they didn't think could ever walk walked 1.25 miles by himself with a little prompting with direction! I was thankful for that! 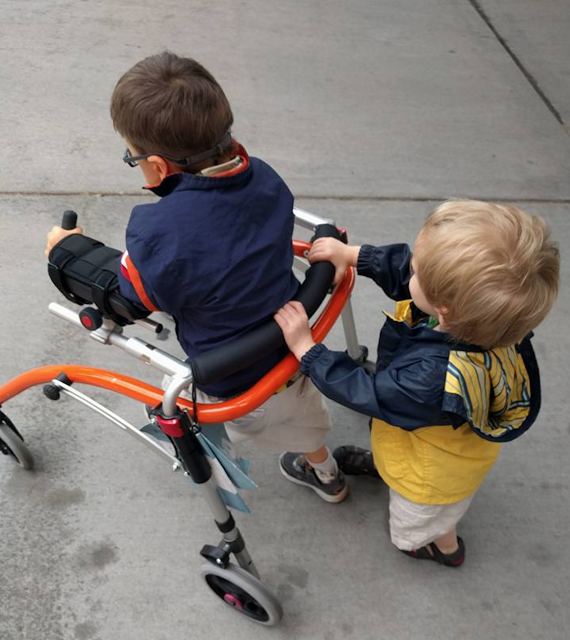 What were you thankful for this week?
Posted by An Apel a Day at 10:28 AM

Email ThisBlogThis!Share to TwitterShare to FacebookShare to Pinterest
Labels: thankful

I bet that friendship will fizzle out fast. He'll see he doesn't have that much in common with that kid before long, or he'll grow bored with him always on Minecraft, I'm sure he'll find someone else to play with.

Way to go Emerson! That is really fantastic news!

This week I am thankful for warm weather. I love this time of year when there's so much we can do outdoors as a family!

Wow! That poor kid. You know kids act like that because their parents are not teaching them how to behave and be respectful. Sorry to hear you had to put up with that. Have a great weekend!

I'm 63. My kids are 30 and 29. I am thankful every single day that they never got into dope, never had trouble with the police, and are good people.

Those people letting that kid grow up with no discipline will be crying when they have to go to the emergency room because he's overdosed, or they have to go post bail when he's in jail. It's coming as sure as God made little green apples if they don't change their ways.

My son has a friend like your son's friend. He never wants to do anything, and when we gave him a game for his birthday, he said, 'games are not really my thing.' I really wanted to take the game back because games ARE our thing, lol, but I didn't, of course. ;)

That is AWESOME with Emerson!!!!!
I LOVE it.
It annoys me, kids like that...although Broxton tries to be that way at times. (We put a quick stop to it!)

You are right...who DOESN'T like peanut butter and jelly?! I would send that child to therapy to ascertain the reason. That is just not normal.

My husband and I bought our daughters iPads for Christmas two years ago. Huge, huge mistake. My older daughter is so addicted. She doesn't read books anywhere near as much as she did before we got these machines. But she does find lots of cool art projects and cooking projects to do, and thanks to her, I will have a book trailer someday. My youngest still prefers TV to iPad. I know it's on me to limit their screen time and I'm going to have to do it for their health. Both are in less than optimal shape from sitting around all the time and that's on me too.