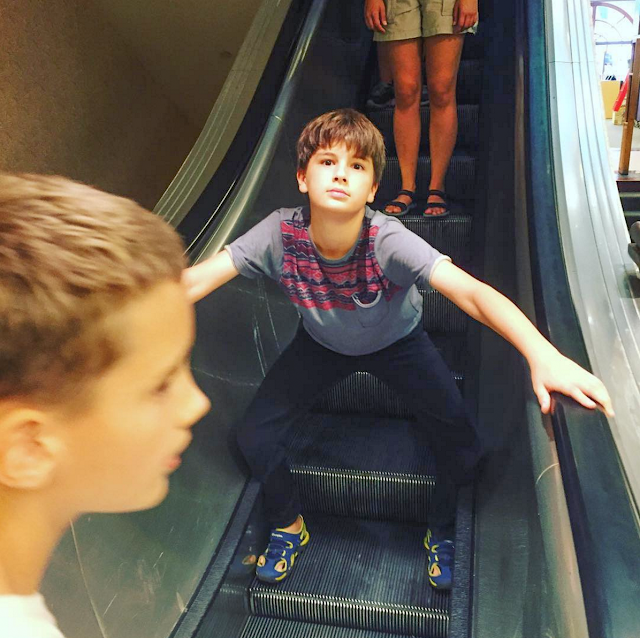 There were people behind him laughing. I had to hurry up and take the photo before he got off. The kids certainly get their goofiness from me, and I got it from my Dad. 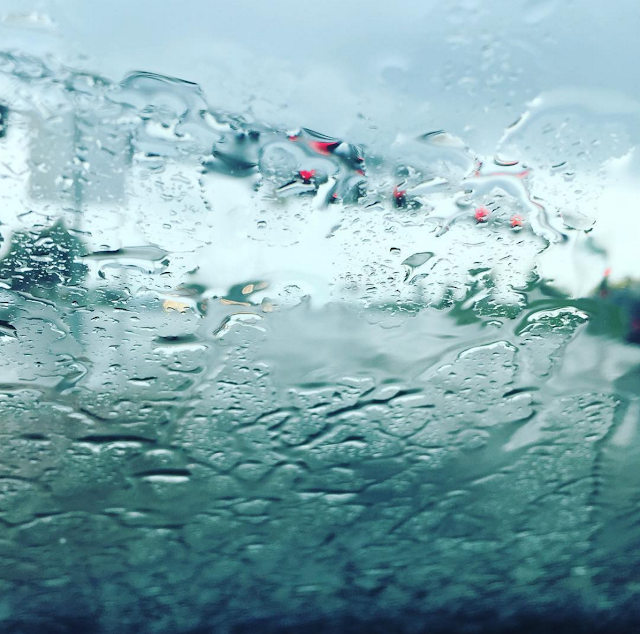 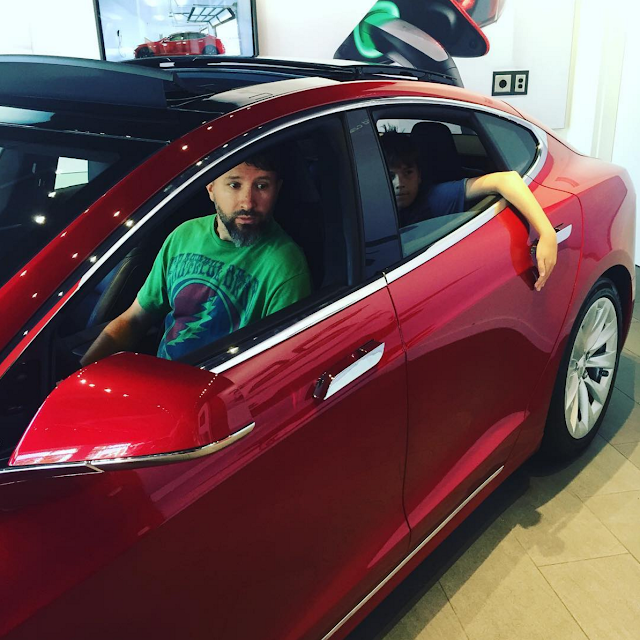 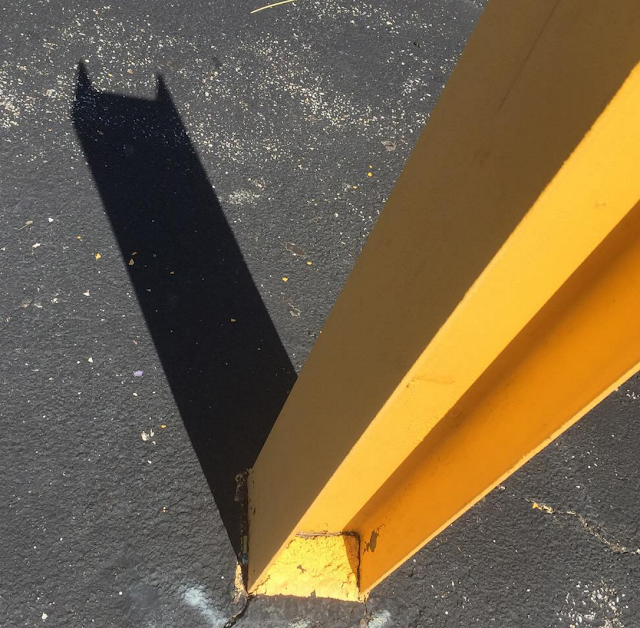 What's random in your life?

So what treatment did you end up going with for your son's fungus toenail? Does he have to do all 3 of those things (mouthwash/vinegar, coconut oil, and vics) every day? And if so, how do you stay on top of him and get him to do it EVERY day? I'm guessing he gets to play video games or whatnot while he's doing this otherwise I'm sure he'd go out of his mind crazy.

I'd also be amused to know how a delorean would work in a garage. Could be interesting… ;)

Side note: None of your pics seem to be loading on this post or the next one . Not sure if it's just me… May want to check it out?

Good call on the toenail. I'd continue the routine as well until it is fully grown.

Allison likes to do silly things on the escalator too. I have a slight fear when I am on them that I am going to get feet stuck in the crack when getting off lol

Broxton HATES the escalator. I think because he kept goofing off on it and I told him to be careful or he could get hurt... now he is not a fan. oops.

Good call on the toenail. I would keep at it till it was all back to normal. I mean, best to be sure than let it get worse and have to start all over again, right?

The pics.. LOVE THEM. I think camera phones are awesome for taking random shots of things!

I'd keep up with the toenail treatment too. The shadow does look like Batman. :)

Just about everything is random for the wife and I these days.

I liked the whimsical pictures you took. I never had a flair for off the cuff photos but I enjoy them.

I would have thought the high and mighty doctors could have just sprayed something on the toenail and cured it right away. I once knew a doctor at our gun club, and he told me that medicine isn't really all that far advanced from the Civil War era, he said people just think it is because of all the smoke and mirrors the doctors use today.