We wanted to something out in nature during our trip to Branson. We already spent a lot in Silver Dollar City, and didn't really want to spend a ton of money for another activity.

Hiking it was. Missouri is more hilly than Nebraska. We also saw 2 lizards, those we wouldn't see in Nebraska at all. They were too fast and hidden to get good photos of. It was still neat-o to see lizards!

More than anything I just wanted to get away from the city life for a few hours.

Up in the trees: 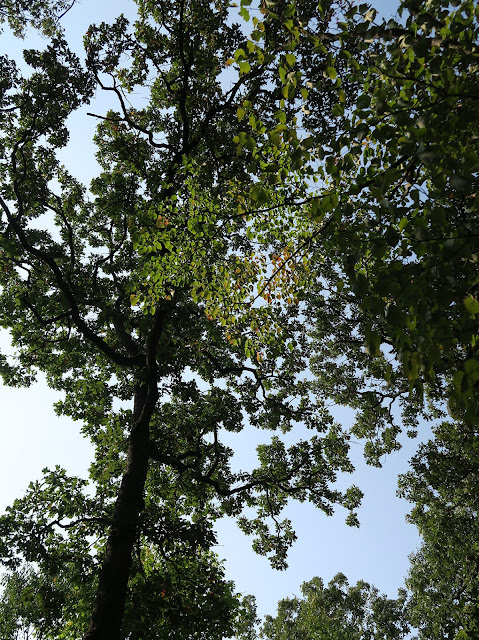 My boys hiking away: 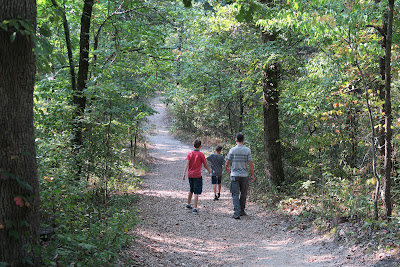 They're always waiting on my to take pictures. 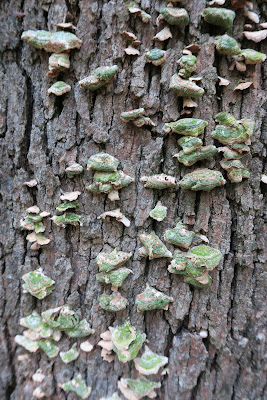 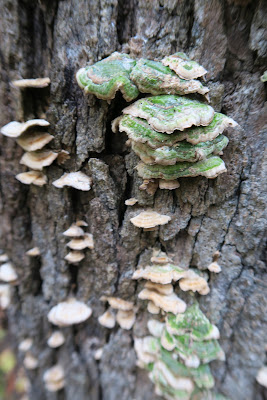 It's like natures shelving system! I think my favorite nature photo is the picture to the right under this line of type. 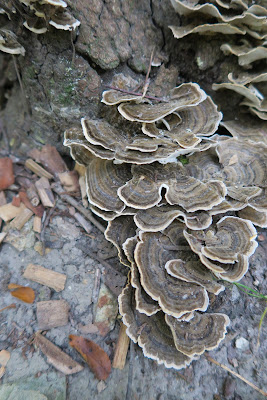 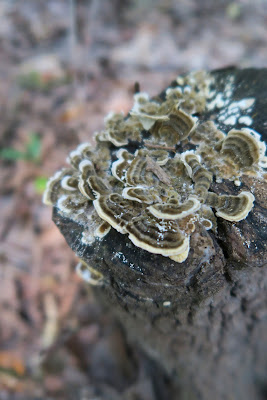 It almost looks like someone took red thread to this tree: 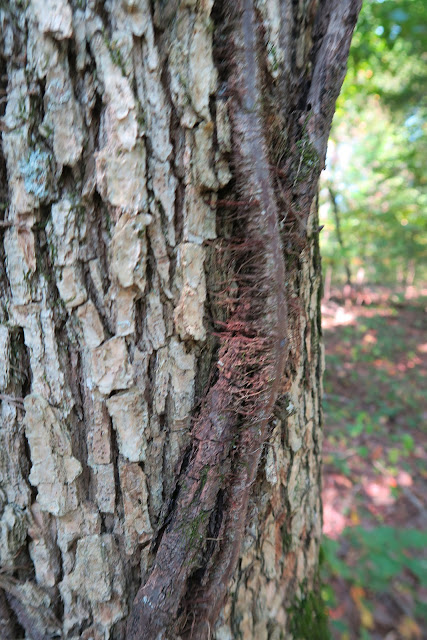 Moss on a dead tree: 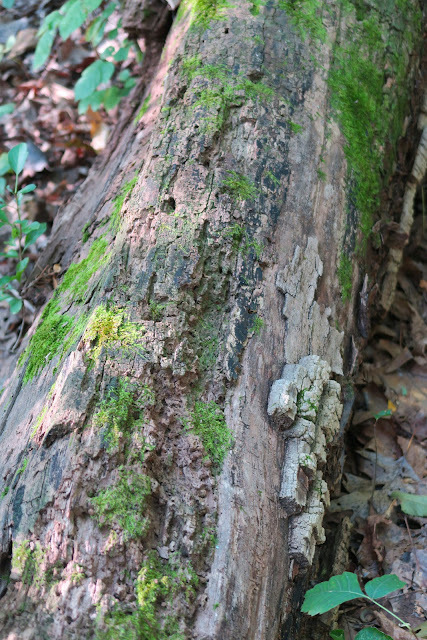 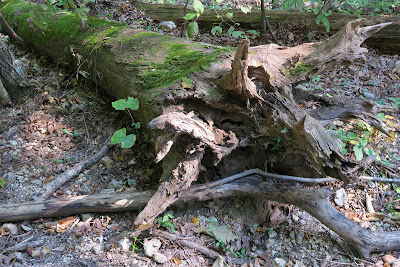 I don't think I'd try eating these mushrooms: 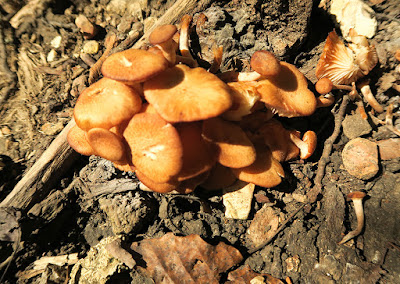 Rocks that are different from Nebraska: 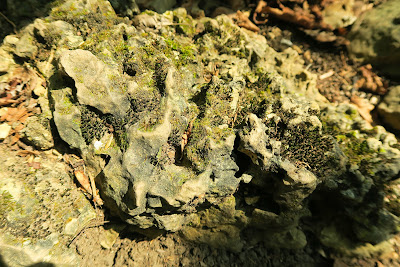 Missouri is the cave state. They had a grouping of rocks that was an overhang. Not really a cave, but still cave like. 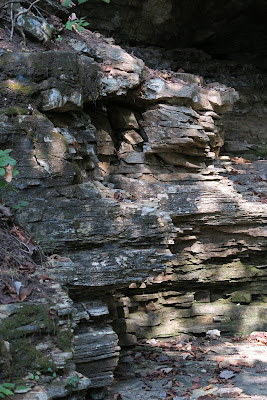 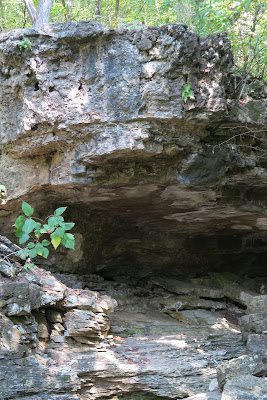 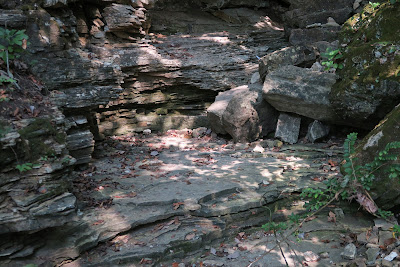 Us! I got more photos, but Mica's into putting a creepy face on just for giggles! 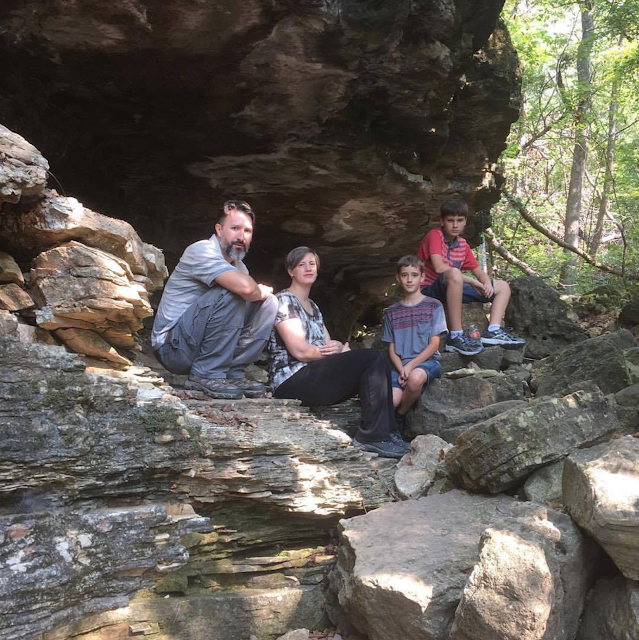 No creepy faces with either boy here though: 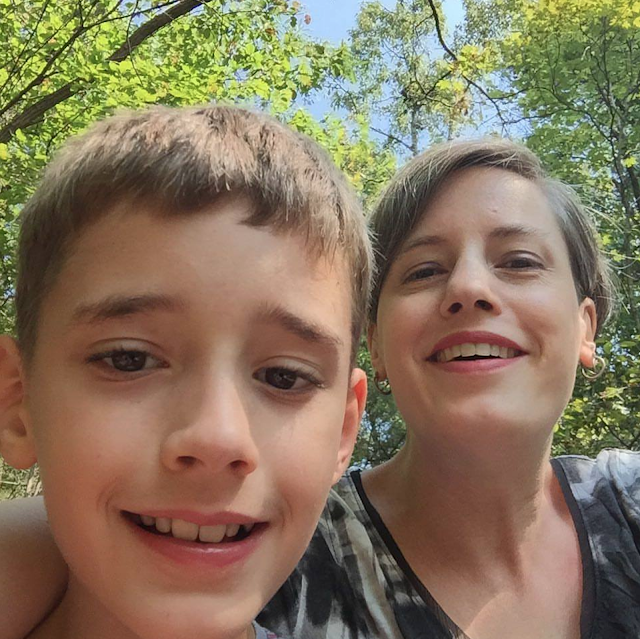 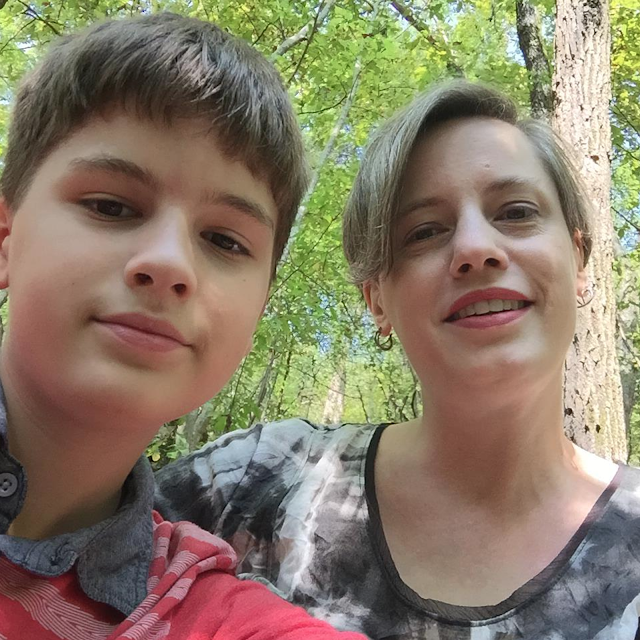 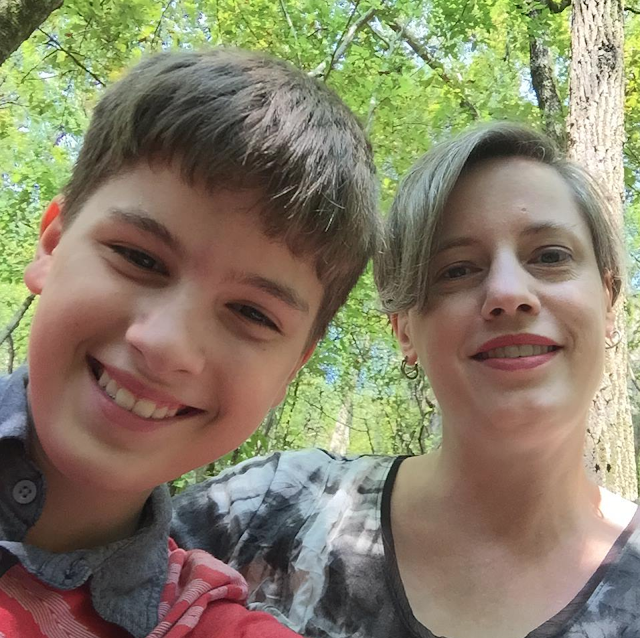 I've never seen anything like this caterpillar in Nebraska either: 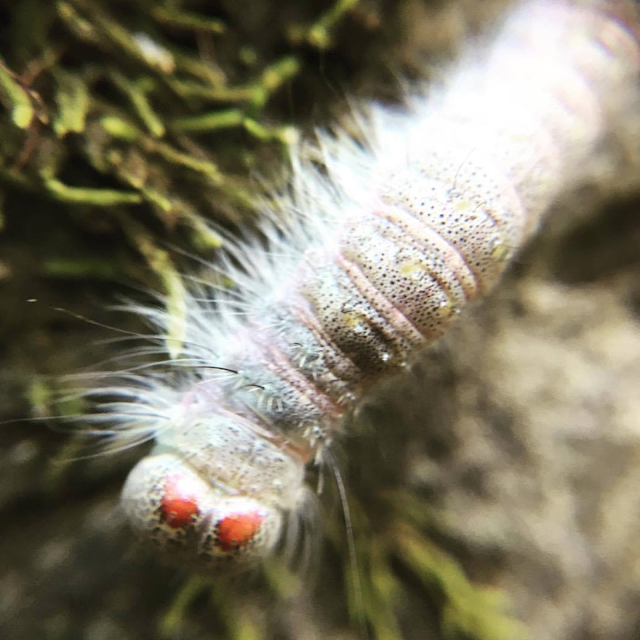 What about you? When you're in a busy tourist type place do you feel the need to get away from it all like I do?

What a cool hike with beautiful pics. Thanks for hosting and have a wonderful rest of the week.

What a fun hike. I love all those nature pictures, esp the lichen.

Definitely a cool hiking area! I also like to find mushrooms and moss on trees. That is one freaky looking caterpillar!

What a nice hike I enjoyed the photos I rarely get to see anything like that being in central London, I liked the selfies too heheh!

Have a hiketastic week and thanks for hiking by :-)

You guys picked a beautiful day for a hike! We have talked about going, but haven't made the time. We live right near Mt. Watatic too..We have no excuse!!

Love your nature shots. That caterpillar is a new one to me as well. I wonder what it turns into?

You have some great texture photos. And I too sometimes get overwhelmed in busy tourist destinations and need to "chill" with a non-crowded activity.

Looks like yall had a great time.
I am just not one for outdoors... maybe because its so hot?
I don't know... but not a fan... hiking is NOT my thing, but then I get jealous of great shots like this and realize I am missing out on things!