Adulting is Hard These Days

I haven't even told my husband 1/2 of this. Ha! I just didn't figure I needed to occupy his mind with this craziness. I'm not hiding it really.


I met a person that smiles with a frown. I didn't think this was possible. Her whole face lifted up except her mouth. This is as close as I can get. 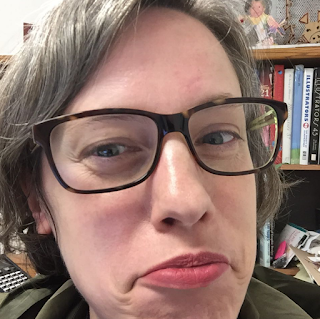 They were charging too many fees for it.

In August I got the letter to have it rolled over.

I went to my financial guy right away to have this done. I sat with him for a good hour, or so filling out paperwork.

In September my financial guy emails me asking if I got any paperwork from them because he got nothing.

I called. They apparently needed a letter of acceptance that they never got. A new thing apparently.

My financial guy sent them an acceptance letter.

I called again. They said they never got the letter of acceptance. They forwarded my account on over to another company. Say what????

I called that other company, and they needed 2 weeks for processing.

I finally got what I thought was a statement, and it doesn't have a full account number on it. It's a bunch of XXXX with three numbers after it.

I emailed the faux statement on over to my financial guy. He couldn't get the emails because of his firewall.

I ran it over to him. It wasn't enough information to roll it over. I called the smucks again. They said they can't give me an account over the phone, or mail it to me. I had to go through online hoops to get it.

Could you imagine if I was an old person, that didn't know how to use the internet? I think about these things along the way.

I want to dig a hole, and stick my head in it.

What's an adulting thing you're struggling with? Am I the only one that struggles? Ha!
Posted by An Apel a Day at 3:20 PM

What a mess. I don't understand why it's so hard for the to just roll it over. Shouldn't be that hard, especially with all of the technology we have today. Seems like things are much harder than ever :(