Last night we had a super fun time. We got to go see Elf: The Musical at The Rose Theater. 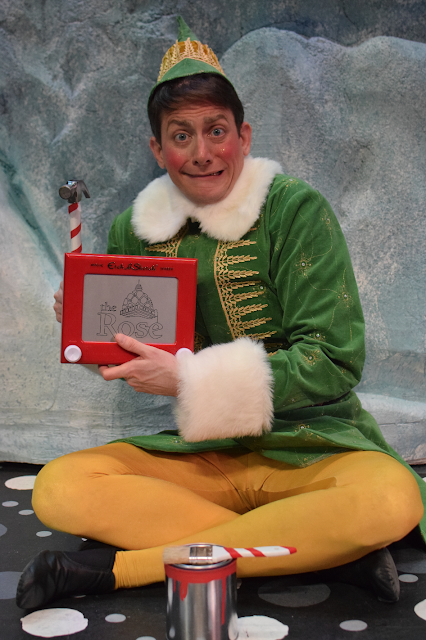 The set design was really cool! Everything was coated in glitter and the images changed throughout the show. Note how the kids didn't sit with us. They just wanted to be close to the stage. 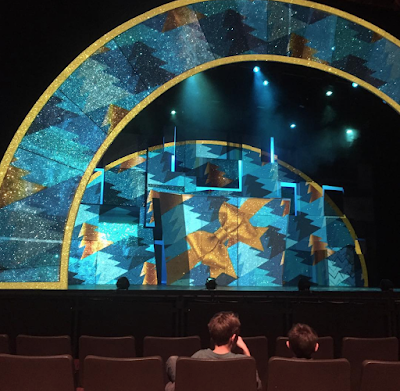 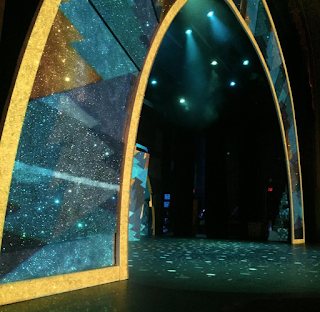 About Elf: The Musical:

If you're familiar to the movie, the musical has the same flavor. Different things happen, which made it more fun to watch. We didn't feel like we were watching something we already have watched. It was great because it had some adult and child humor. Isaak leaned into me at the 1/2 way point and said, "What's PETA?" They made a joke about Santa not having reindeer because of PETA making a big deal about them. Most of the jokes were at his level though. 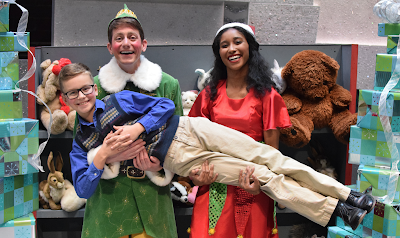 Buddy the Elf has always been a little different. Even among his professionally festive Christmas coworkers Buddy really stands...TALL! But when Buddy learns from Santa that he’s a human, the enormous former elf embarks on a quest to the sparkling city of New York during the holidays to find his father. His unusually upbeat, childlike cheer has a powerful effect on everyone he encounters—with sometimes disastrous results! But will Buddy be able to charm his stressed-out dad who long ago lost his seasonal spirit and wants nothing to do with a son he didn’t know he had? This fun-filled musical adaptation of the favorite holiday film that became an instant classic is a stuffed stocking full of song and dance that your family will most definitely want on your Christmas Wish List!

It runs from November 40 to December 23. Check Rose Theater's website because some shows are already sold out. This is a popular one!

It's for all ages, but if kids get restless there is a wiggle room that parents can take them.

It's 2 hours long. They do have an intermission. During the intermission they sell cookies and drinks. 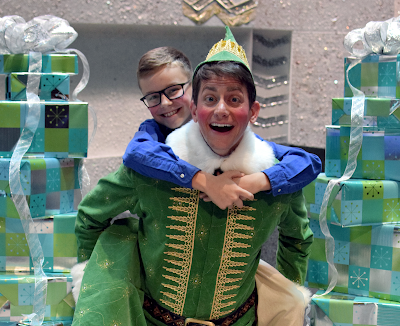 They were fun! There wasn't an actor that did a bad job. 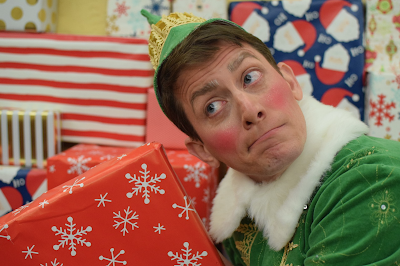 My kids and I love to check out the live Orchestra display before the show begins. It's so cool! 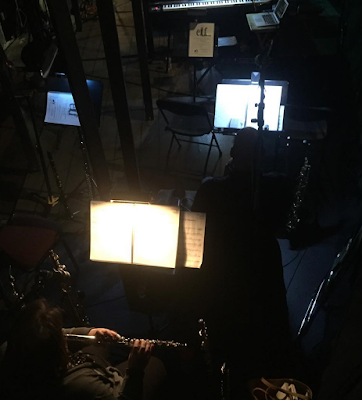 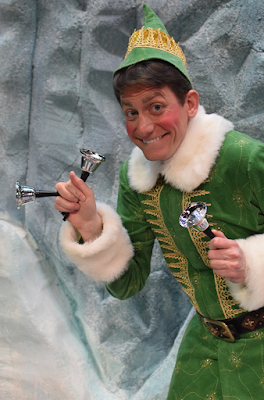 It really got us in the holiday spirit. I'm sure it will you too! 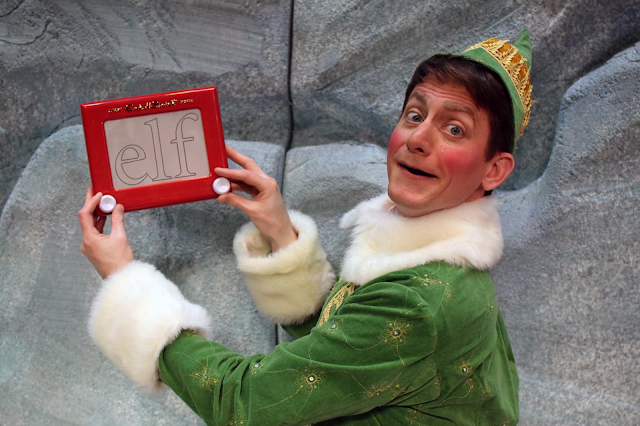 The glittery sets are so pretty! I'm glad you enjoyed the show. It's one of my favorite Christmas movies so I know I would probably love the live play too. I don't think it's ever been in our area though.

I have never had an interest in seeing the movie but it sounds so cute. I am going to watch it. Lucky that you got to see it live!

How cool that you got to see it live.

Have a great weekend, A!

How fun! I'm going with my oldest step-daughter to watch ELF: The Musical at our local theater on Wednesday. Looking forward to seeing it.

How fun!
They do so much at that theater!!!!
One of the DR's at where I work (got a new job) dressed as Buddy the Elf for the Christmas party! ha ha ha!