I heart games! I'm an advocate of kids playing some video games, but a lot of card games and board games.

My kids have never had a video game station. No Playstation, or Wii. They do have Kindles with some games on them. Their time in playing with those is limited. They do use their Kindles for other things like watching videos, and looking up things for homework.

What are the positives when it comes to board games and card games?


Mica's always been a kid that does pretty awesome in school, but lacks some skills at home. I think games help him. 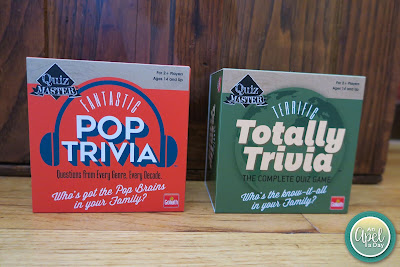 I love both games!

If the first team/player chooses Rock and Pop and rolls a 6, they will be asked questions 6 on the rock and Pop card.

If the team/player answers the questions correctly, they keep the card. If not, the card is returned to the bottom of the draw pile.

Each team/player takes a turn.

The game keeps going until all 6 categories or decades have been answered.

*You could play in the car with just asking questions for fun. At that time you wouldn't play with a die at all. There would be no winner, or loser. Just time would be passed. 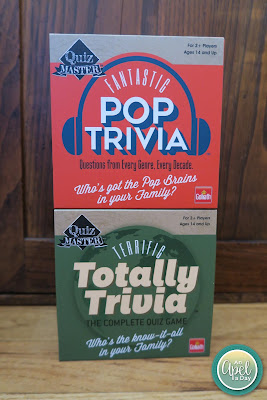 About Quiz Master Fantastic Pop Trivia Questions From Every Genre, Every Decade: 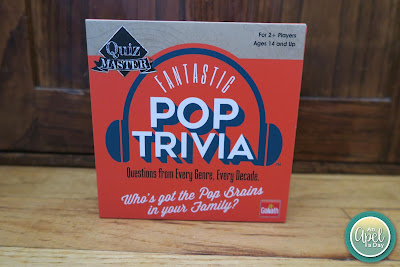 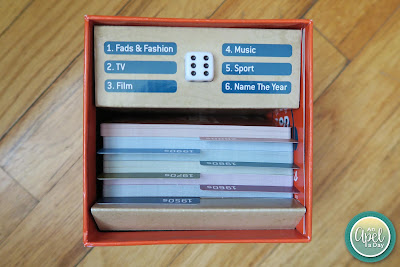 Somehow I skipped the 1950s, but it's certainly an important decade. I'm going to walk you through the rest of the decades. 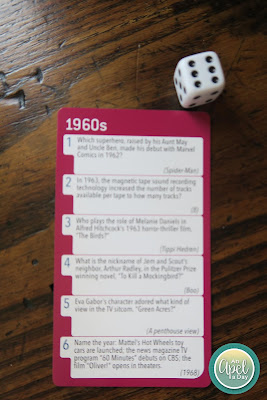 1970's: What was the 1974 boxing match between George Foreman and Muhammad Ali in Zaire known as?

Answer: The Rumble in the Jungle 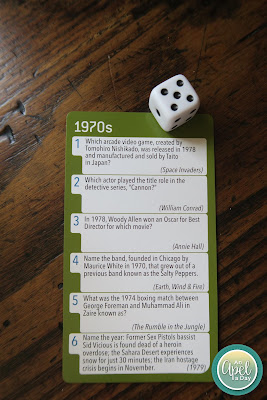 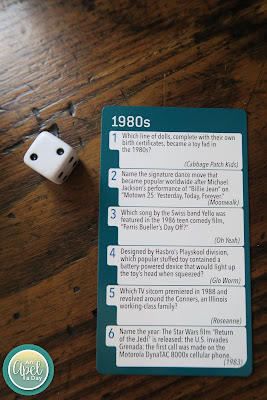 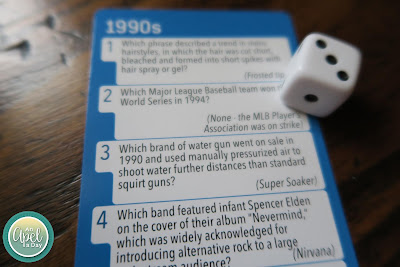 2000's: Which Lego Technics these became one of the company's biggest-selling properties ever and helped save the company from a financial crisis? 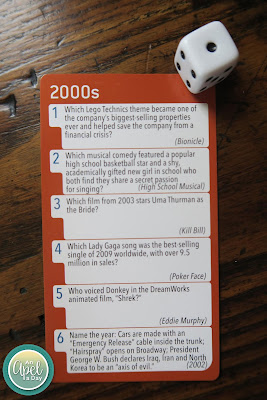 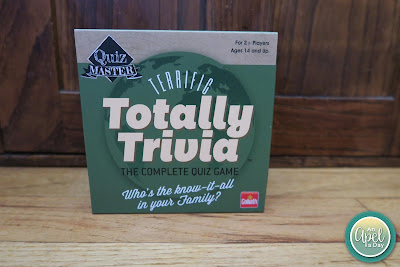 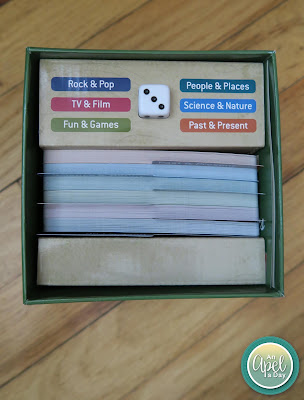 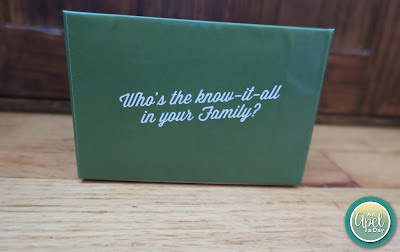 The answer to the question on the box would be Travis and Mica.

*I guess I knew that, but never follow rap. It didn't come to me until after I saw the answer. 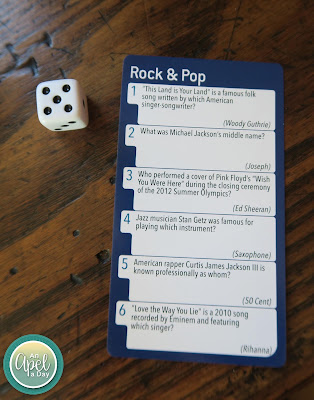 TV and Film: What film stars Liam Neeson as a retired CIA agent who travels across Europe to save his kidnapped daughter? 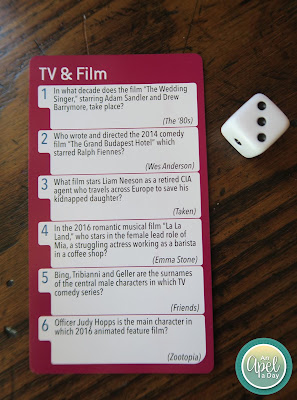 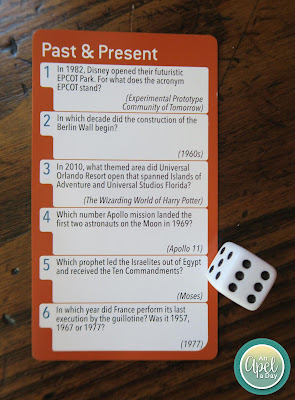 Fun and Games: Which sport was invented in 1891 by Dr. James Naismith? 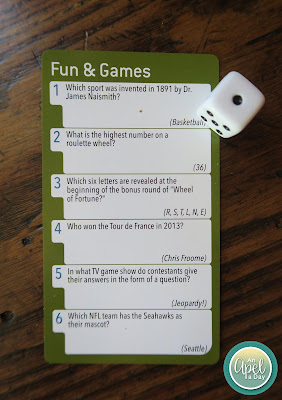 People and Places: Where was Sir Isaac Newton burried? 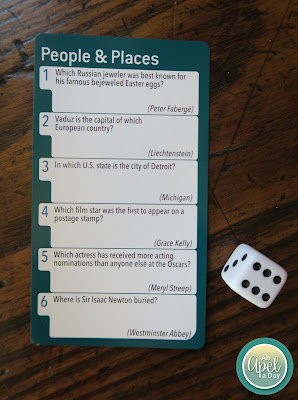 Science and Nature: Who said "Science without religion is lame, religion without science is blind? 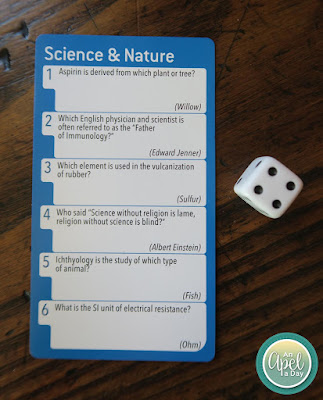 Which game do you think you'd like to own Pop Trivia or Totally Trivia?

Are you good at trivia games?

What game do you like to play on game night, and why?

Disclaimer: Goliath sent me these 2 games to help with this review. They in no way influenced what I wrote, or my opinions.
Posted by An Apel a Day at 12:00 PM

I love games too. I do like to play trivia games, but the rest of the family aren't into them. Jason has such a short term memory, it's hard for him to remember even the easiest answers. I like the idea of using them to pass time on car trips.

Never get tired of such game. My kids and I love doing it in a long trip as well

I stink at trivia because my mind just doesn't seem to store facts and figures, but I still like playing (and losing). lol

I like trivia games and the classics like Sorrry, Yahtzee, Battleship, Monopoly and even Simon and Perfection. I guess because they remind me of MY youth. :)